79% of millennials claim that they like tasting the dishes of different countries. Today, in every big city, you can find places where you can try the cuisine of other countries, practically negating the need to actually travel anywhere else. However, this simply isn’t true — some restaurants, cafés, and even cafeterias deserve to be visited, even if they’re on the edge of the world.


We at Bright Side have carefully read the opinions of tourists and made a list of places that made a huge impression on them thanks to their food or interior design.

This place looks more like a cafeteria than a restaurant. The café is known for the fact that the beef has been being made there since the day it opened more than 60 years ago. All the owners do is add water and meat from time to time. In this restaurant, you can eat braised beef with noodles, sukiyaki, friend beef in shrimp sauce, and pork with garlic and rice.

In Rokunen Yonkumi in Tokyo, you’ll feel as if you’re a student of a Japanese elementary school: there is an office for the headmaster deputy, a medical room, and classrooms. Here, you can try not only the most popular school breakfast (spaghetti and fried bread) but also some more ordinary foods such as a Caesar salad. The sauces are served in giant syringes and the drinks are in flasks. And at the end of the meal, you can take a test and get a grade.

This restaurant is located right at the top of a volcano but it doesn’t erupt lava, it emits heat. The most interesting thing about the restaurant is the fact that it uses the volcano’s heat. They put rocks around the hole and put special grills on top for meat, fish, and vegetables. The food is cooked much faster and anyone can watch the process.

Rollercoaster Restaurant can be found in several countries such as Great Britain, Germany, and Austria. The food is ordered on tablets and served to visitors on small rollercoasters: there’s a spiral connected to every table so the container with the dishes arrives on its own. Waiters bring over food in very rare cases.

The first HaiDiLao Hotpot restaurant appeared in China in 1994 but today you can visit it in Great Britain, the US, Canada, South Korea, Singapore, and other countries. The menu features traditional Chinese cuisine but you have to cook all the dishes yourself in a special niche in the table.


The restaurant is very popular so there are extremely long lines. While waiting, you can get a free manicure, have your shoes cleaned, and more. In the bathroom, there’s a special person who gives you the soap, opens the tap, and gives you a blanket.

This would have been a regular Indian place if it hadn’t been for one simple thing: the café is located in the middle of an old Muslim cemetery! Patrons can drink tea right next to old coffins and graves. But nobody worries about this — in fact, some people think it brings them good luck.

The restaurant is located in an old greenhouse that was built in 1926. There are patches all around where vegetables, fruits, and parsley are grown. There’s no menu in the regular sense of the word: you’ll instead be presented with a list of ingredients that are ripe. Health food fans and vegetarians really love this place. 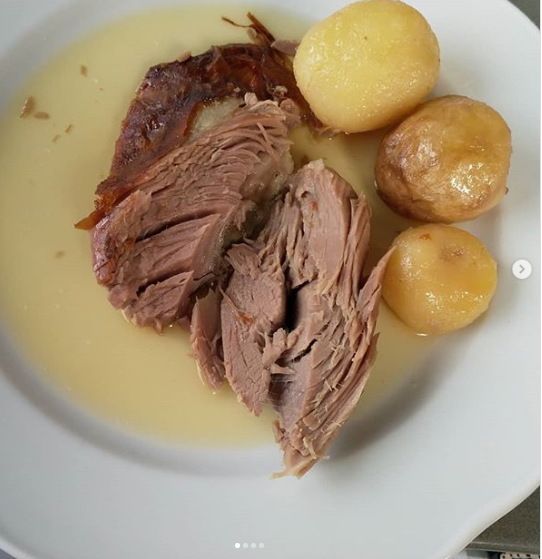 The photo above shows the only dish this restaurant serves. And in order to get into the restaurant, you have to reserve a table in advance since it’s not open every day. The secret is that the lamb with potatoes that they serve is a dish with a huge history. It takes 8-9 hours to cook in a wooden tub. The restaurant is open at a certain time, so make sure you have a reservation.

This restaurant was opened in 1959 and it has just one dish — entrecôte with a sauce (its recipe is a big secret). In 60 years, people have only been able to determine that the sauce contains butter and Moutarde de Dijon, and the other ingredients are known only to the family of the owner of the restaurant.


The entrecôte is served with homemade French fries. The interior design of the restaurant is very simple: there are napkins instead of tablecloths, old silverware, and no menu. But despite all this simplicity, there are huge lines leading into the restaurant every evening.

Balık ekmek is something like a kebab but it has fried fish instead of meat inside. One of the sellers of this dish is known as Super Mario (his real name is Emin Usta) because he looks a lot like him.


People say that he cooks the best balık ekmek in the capital of Turkey — he fries mackerel in olive oil with lemon juice and adds onion, tomato, chili, spices, and a special sauce (which is, of course, kept secret). The lines to his place are incredibly long and he has been in business for more than 20 years.


In your experience, what café or restaurant have you enjoyed the most and why? Tell us in the comment section below!