The great director Alfred Hitchcock once said, “What is drama but life with the dull bits cut out.” And this is very much true: for example, some fictional characters from movies and cartoons were actually based off of real people. Sometimes, the scriptwriters only copied their appearance, and in other situations, they also took the character traits of real people.

Bright Side has done its own research and found out who became the prototypes for the brightest characters in movie history.

Supervillain Harley Quinn was based on the actress Arleen Sorkin. Arleen is a truly universal actress: she has done TV series, she danced in cabarets, and she was a presenter on TV shows. The scriptwriter of the cartoon Batman: The Animated Series, Paul Dini, created Harley Quinn to fix a hole in the story. According to the story, the episode “Joker’s Favor” needed to have someone jump out of a cake in a room full of policemen. It would look strange if the Joker himself did that, so they came up with a girl clown.

Paul Dini was inspired by the costume that his friend Arleen was wearing in one of the episodes of the soap opera Days of our Lives. He decided that Harley Quinn was supposed to be exactly this — slim, funny, and a bit crazy. By the way, Harley Quinn is voiced by Arleen Sorkin in the cartoons and video games. 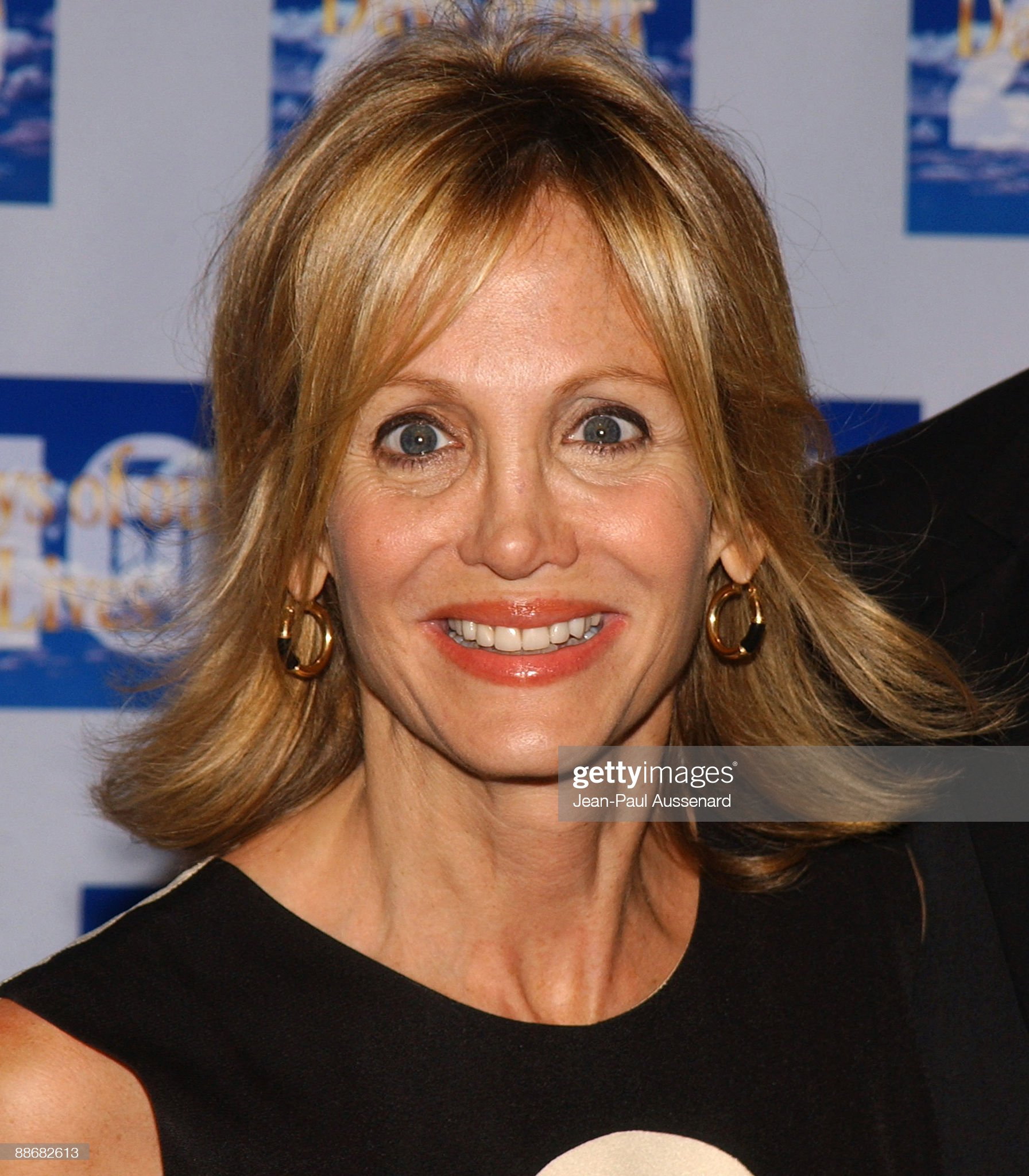 This is what Arleen Sorkin looks like in real life.

One of the most charismatic supervillains in the cinema world, the Joker, didn’t just appear out of thin air. And if the name of the character was easy to come up with (a playing card from a French deck), then why he had such a strange appearance remained a mystery for a long time. It turned out that the German actor Conrad Veidt was the prototype of this character.

In 1928, Veidt played the role Gwynplaine in the film The Man Who Laughs. Behind the scary image of the mutilated man, there was a kind heart. Today, the best Joker ever is believed to be Heath Ledger who managed to show the viewers that bad guys also have a soul.

The “father” of all Jokers, Conrad Veidt as Gwynplaine

Sydney Greenstreet is a British movie and theater actor from the 40s and is also the prototype of Jabba the Hutt from Star Wars. Greenstreet had always suffered from being overweight, but he always played very charming and inventive frauds. So, there is nothing surprising that the boss of the intergalactic criminal world, Jabba the Hutt, looks so much like the actor. The creators of the Star Wars universe were clearly drawing their inspiration from the roles of Sydney Greenstreet.

Kratos is the main character from the videogame series God of War. He is a very controversial character: on the one hand, he sometimes does terrible things, and on the other, players really like him. Kratos was even in the Guinness Book of Records as the greatest video game character of all time.

The game designers were inspired by Edward Norton from American History X. In the part of the movie where Norton’s character is arrested by policemen, he has a mix of aggression and contempt on his face. These emotions were used by the creators to make the image Kratos more intimidating.

The main villain from the animated movie Up, Charles F. Muntz, spent his entire life hunting a rare bird and wanted to get back at the scientists that wouldn’t acknowledge his discoveries. The Charles in the animated film appeared thanks to an old conflict between Walt Disney and producer Charles Mintz.

In 1929, Mintz won the rights for the character Oswald the Lucky Rabbit from Walt Disney. Charles Mintz made the rabbit the symbol of Universal Pictures and all the revenue from the character belonged to his new company. Many years later, the creators of Up made a historical parallel: the villain is hunting a bird and his prototype was hunting a rabbit.

The main villain from the first Shrek cartoon, Lord Farquaad, also got his appearance thanks to an old conflict between 2 men. An ex-chairman of Disney, Michael Eisner, and a Disney producer, Jeffrey Katzenberg, really didn’t like each other much. It all ended with Katzenberg leaving the company and setting up his own one — DreamWorks.

But he didn’t stop there, and in his new animated film, he pictured his old foe as a psychopath dwarf. In reality, Eisner is a tall man, but Katzenberg still made him look small on screen.

The main character in Rain Man, Raymond Babbitt, is an autistic man with outstanding mathematical abilities. He can memorize a huge amount of information, but he can’t button up his shirt properly. Raymond is like a child and he lives in a nursing home.

Lawrence Kim Peek is famous for his phenomenal memory and he was the prototype for Raymond Babbitt. Lawrence was born with a brain hernia. Besides, he didn’t have the corpus callosum that connects the right and the left brain hemispheres. But Peek’s body adapted and created new neuron connections and his unusual abilities are some kind of a side effect. Peek learned to read at the age of 16, he remembered thousands of books by heart, but he was completely unable to do the most regular tasks.

At the beginning of the 90s, Japanese company Sega decided to go to the world market with the game Sonic the Hedgehog. In order to make the character really cool, the designers decided to base him on the coolest things from the most advanced country — the US. In 1991, Michael Jackson and Bill Clinton were the “coolest” guys from the US.

So, the hedgehog got the boots from Michael Jackson’s “Bad” video and the smile of the young and prospective political Clinton. Initially, the creators wanted Sonic to have a girl as his partner that would resemble Madonna, but they gave up on that idea later.

Sylvester Stallone wrote the script for Rocky by himself and played the main part. In the film, a very unsuccessful boxer, Rocky Balboa, managed to beat the legend of the sport. And he did all that thanks to very hard work and the love of a very beautiful girl.

Chuck Wepner is a professional American boxer who became famous for his fight against Muhammad Ali. Wepner stood for 15 rounds and even managed to knock Ali down. But he lost the fight anyway. According to some insights, Stallone was inspired by Wepner’s story and persistence.

Miss Piggy is one of the main characters from The Muppet Show. The glamorous pig, with an unpredictable personality, became such a hit that she ended up on the list of the 50 Greatest TV Stars of All Time. Miss Piggy promotes clothing in magazines and she is the face of the beauty company MAC.

Iconic jazz singer Peggy Lee became the prototype for Miss Piggy. In the beginning, the pig was called Piggy Lee, but because of the negative connotation with the animal, Lee was removed. The creators said that they were only trying to be respectful of the great singer.

War veteran Travis Bickle, the character from Taxi Driver, the classic film by Martin Scorsese, finds a job as a taxi driver and goes around the night streets of New York trying to fight his insomnia. Soon enough, he goes crazy and decides to clear the city of sin, as if he was some kind of a prophet.

Arthur Brehmer was the prototype for the movie character. He was a shy guy who also started to lose his mind. Arthur also wanted to make the world a better place by killing Richard Nixon and George Wallace. Fortunately, Bremer didn’t actually manage to kill Nixon and while he was trying to kill Wallace, he was arrested.

It seems that life is the best scriptwriter and it gives us stories that are way more twisted than any made-up detective story. Do you know people that deserve to have a movie made about their lives?