17 Shots That Reveal the Ins and Outs of Famous Movies

For almost 7 years we have
been lost in the labyrinth of “Game of Thrones,” trying to predict and figure
out the next moves of the residents of Westeros. We have followed their love
lives, empathizing with or hating the breakups and reunions, and sometimes
forgetting that our favorite characters don’t date each other in real life.
Well, except for one couple!
Bright Side decided to show
you how the partners and families of our beloved “Game of Thrones” characters
look in real life. Which one of these couples is a surprise to you? 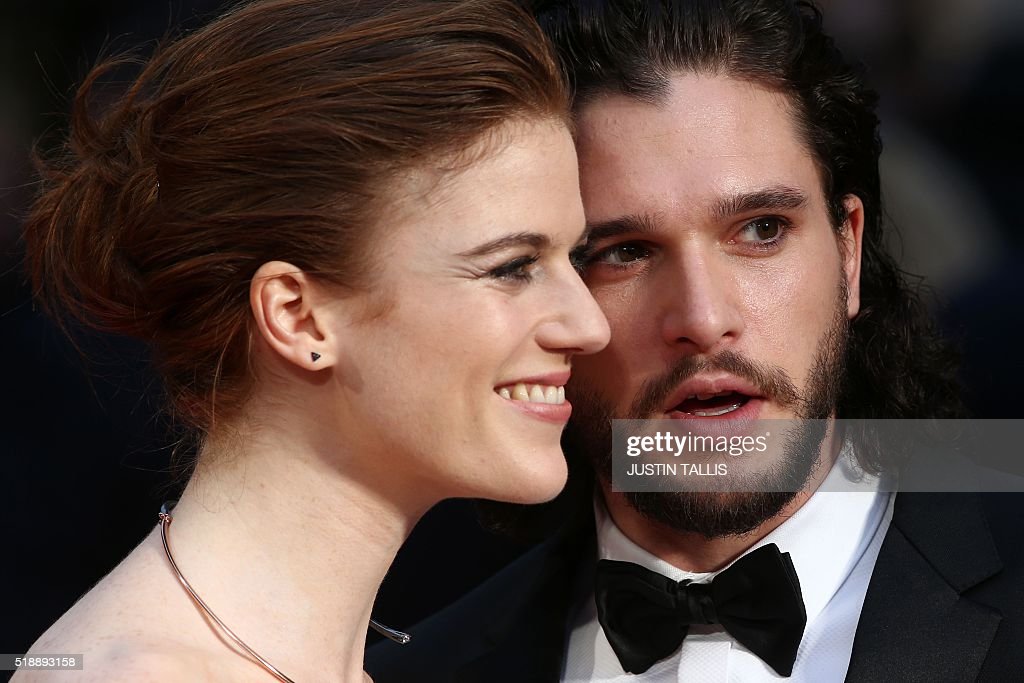 We all remember the love-hate
relationship between the Night’s Watchman Jon Snow and wildling woman Ygritte.
In the end, love won out and moved off-screen. The first rumors appeared in
2012, but the first time Kit Harington, 31, and Rose Leslie, 30, appeared in
public as a couple was in the spring of 2016. He later admitted that the first
days of the romance began while filming in Iceland, and those weeks were
obviously his favorite.
Now the couple is on the
official marriage track, according to recent news. The 2 are engaged, and the
only thing left for us is to guess whether the wedding will be held in winter
or summer.
11. Peter Dinklage (Tyrion
Lannister) and his wife, Erica Schmidt

Nobody could imagine “Game of
Thrones” without Tyrion, both smart and kind, with a great sense of humor.
Unlike his character, Peter Dinklage, 48, is happily married to writer-director
Erica Schmidt, 42. They have a 5-year-old daughter and just recently welcomed a
second child. They are both very secretive about their private lives, but
Peter’s Instagram shows that his family is simply happy.
10. Jason Momoa (Khal Drogo)
and his wife, Lisa Bonet

The strong and charismatic
Khal Drogo was portrayed by Jason Momoa, 38, from Hawaii. He recently got
married to actress Lisa Bonet, 50, his longtime love. Jason was only 8 when he
saw her on TV and told his mom that he would stalk her “for the rest of his
life” and that he would get her. Said it, did it! Though he didn’t tell Lisa
this story until they had 2 babies. She always was and we hope she will always
be his Khaleesi.
9. Gwendoline Christie
(Brienne of Tarth) and her boyfriend, Giles Deacon

The fierce Brienne of Tarth,
played by Gwendoline Christie, is as awesome off-screen as she is on-screen.
She is a philanthropist, an outspoken feminist, and has a great sense of style.
Maybe that last one comes as a result of dating high-end fashion designer Giles
Deacon with his great royal connections.
Giles once mentioned that
Gwendoline is a fantastic muse, and she inspired his first couture collection.
He, in turn, is Gwendoline’s favorite designer. According to her, he has an
exquisite artistic vision and brilliant discipline. They are just adorable,
aren’t they?!
8. Nikolaj Coster-Waldau
(Jaime Lannister) and his wife, Nukaaka Coster-Waldau 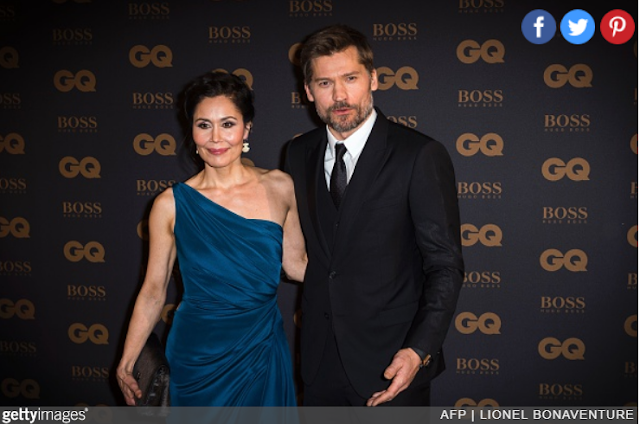 Danish actor Nikolaj, 47,
amazingly portrayed Sir Jaime Lannister. Unlike “forever bachelor” Jaime,
Nikolaj is married to Greenlandic singer, actress, and former Miss Greenland
Nukaaka Coster-Waldau, 46. They have 2 adorable teenage daughters and enjoy a
low-key off-set life just near Copenhagen. His wife of almost 20 years hasn’t
watched “Game of Thrones”! Don’t worry, she has a pact with Nikolaj’s mother
that one day they will sit down and see it all in one go.
7. Aidan Gillen (Petyr
Baelish) and his girlfriend, Camille O’Sullivan 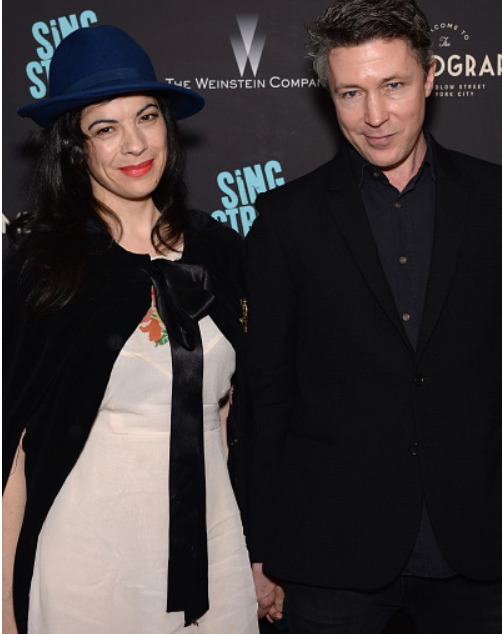 Smart and tricky Petyr
“Littlefinger” Baelish is played by Irish actor Aidan Gillen, 49. He likes to
play bad guys because these roles are usually the most interesting ones. He
credits his success to his wife and 2 kids for being his motivation back in
2009. At the moment, he is dating Irish singer Camille O’Sullivan, and they
appear together often. However, they both prefer to keep their private lives
away from the public.
6. Carice Van Houten
(Melisandre) and her boyfriend, Guy Pearce 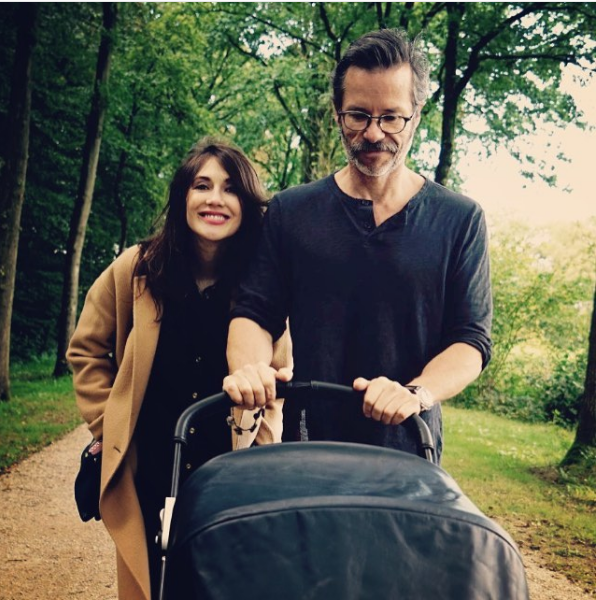 The mysterious red-haired Lady
Melisandre, complete with superpowers and charm, is played by the famous Dutch
actress and singer Carice Van Houten. She is dating Australian actor and
musician Guy Pearce, and just recently they were seen together taking their
6-month-old baby for a casual family stroll in Amsterdam. The couple lives in
Europe as Carice doesn’t like having a “Hollywood” life.
5. Kristofer Hivju (Tormund
Giantsbane) and his wife, Gry Molvaer Hivju

Tormund Giantsbane, a
free-spirited, red-bearded wildling, is portrayed by Norwegian actor Kristofer
Hivju, 39, who is also a producer and a writer. Even though he looks fierce
on-screen, he is a loving husband and an adorable father of 2. He married his
long-time girlfriend, Gry Molvaer, in 2015, and now he brings his family onto
the sets.
He never misses a chance to
tell her and the world through his social media accounts how much he adores and
loves her and his family. Occasionally, the 2 redheads are caught on camera
looking furious with each other, but a small fight is nothing for these
lovebirds, and they always quickly bounce back into cuddly love.
4. Jacob Anderson (Grey Worm)
and his girlfriend, Aisling Loftus 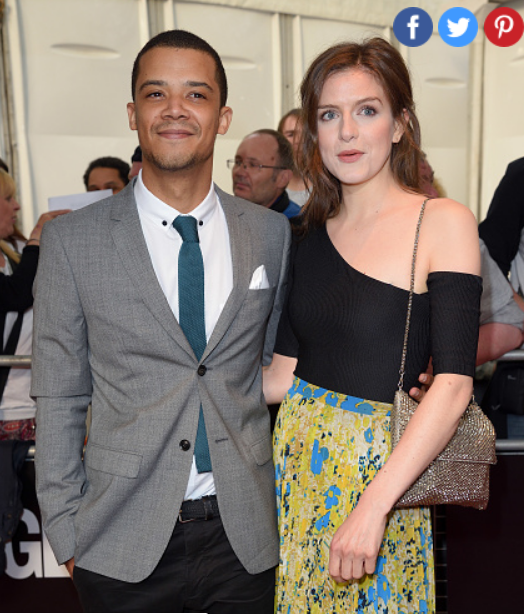 The strong, disciplined, and
restrained Grey Worm smiles more in real life, looks happier, and loves
singing. Jacob Anderson is an actor, singer-songwriter, rapper, and record
producer. His girlfriend is English actress Aisling Loftus. According to Jacob,
he has never met anybody who cares about people as much as his girlfriend, and
they never run out of things to talk about. They’ve been dating for over 5
years and are as happy as ever.
3. Iain Glen (Jorah Mormont)
and his girlfriend, Charlotte Emmerson 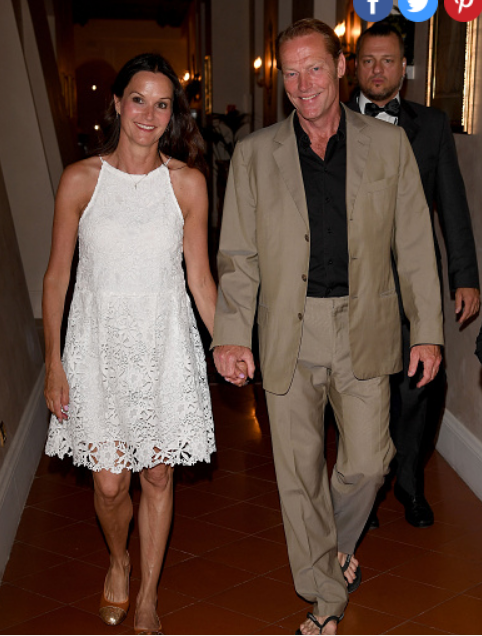 Jorah Mormont, devoted
supporter and follower of the Mother of Dragons, is played by Iain Glen, a
Scottish actor. Iain has been sharing his life with British actress Charlotte
Emmerson for the last 11 years, and they have 2 daughters. Iain is also a great
musician. He plays piano and guitar and has acted in various musicals, most
notably starring with Nicole Kidman in Martin Guerre. Just one word for him:
talent!
2. Sophie Turner (Sansa Stark)
and her fiancé, Joe Jonas 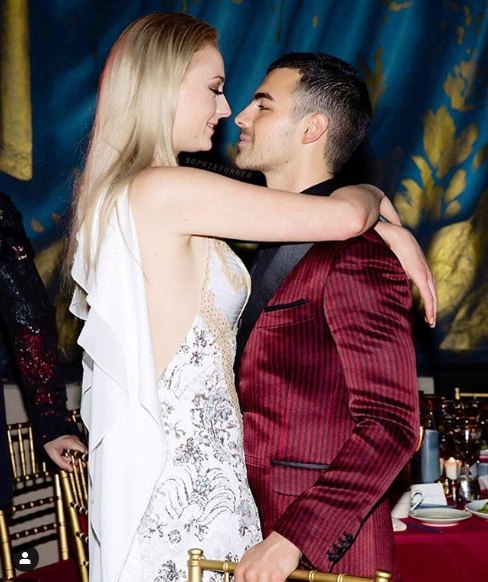 21-year-old English actress
Sophie Turner made her acting debut as Sansa Stark. She was just 15 when the
show was first broadcast. She is now 21 and was dating American singer and actor
Joseph Adam Jones (Joe Jonas), 28, for less than a year before she said, “Yes!”
to his marriage proposal. The couple got engaged in October 2017, but a month
before that they already made their first serious step by jointly adopting a
husky puppy. The world welcomes a family of 3!
1. Maisie Williams (Arya
Stark) and her boyfriend, Ollie Jackson 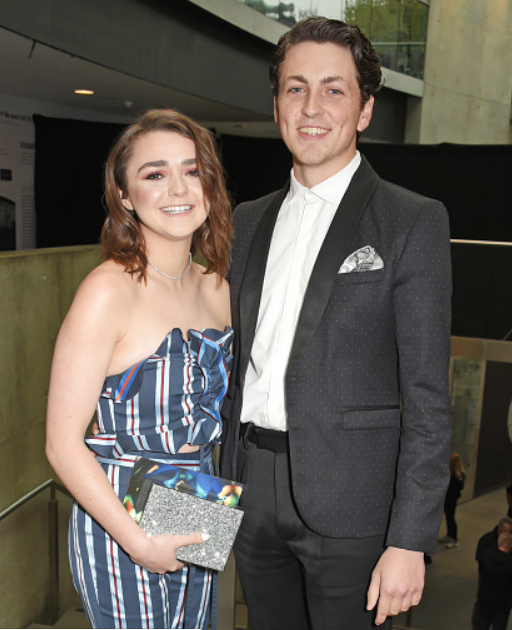 Just like Sophie, Maisie (who
is a year younger) also made her acting debut on “Game of Thrones.” Sisters on
set, friends in real life! Maisie has been in a relationship with Ollie Jackson
for about 2 years, and he is not a famous or public figure. According to her
Instagram, they met at school. They went public only in February 2017 and have
been sharing with the world how happy they are ever since.
Which character is your
favorite? Which real-life couple is your favorite? Share your answers in the
comments below!

Christian With The News