The 11 Most Dangerous Tourist Destinations in the World 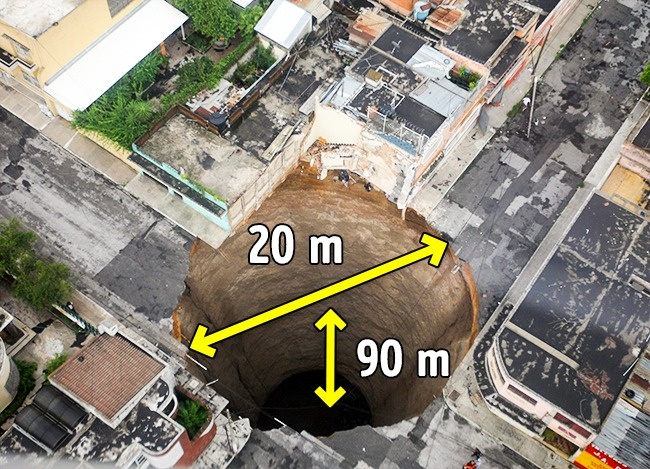 Humanity’s abilities and those of nature itself truly know no limits. It’s thanks to this that we have such a diverse landscape and impressive architecture in the world.

Bright Side decided to find out about one of the most impressive phenomena on our planet: the largest holes in its surface. 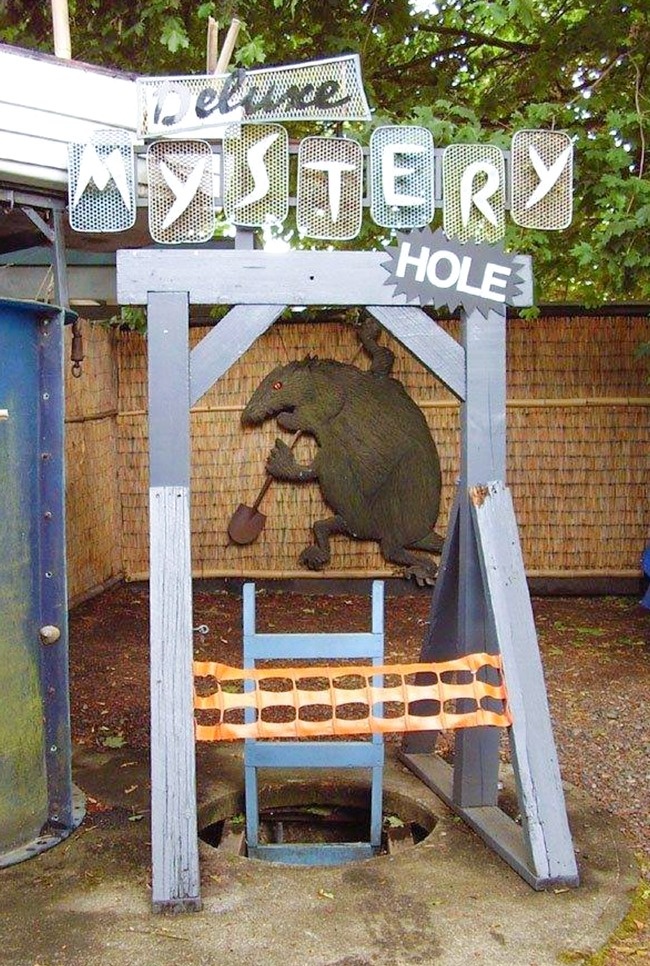 The origins of the Deluxe Mystery Hole remain unexplained. All available modern methods have failed to measure its depth accurately. It’s currently a tourist attraction.

The Hole of Glory 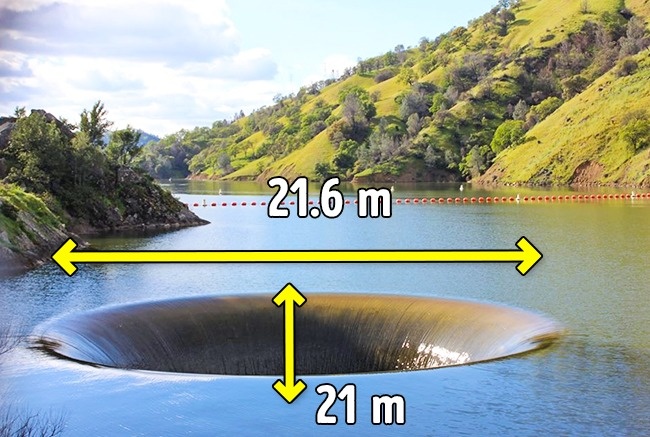 The Hole of Glory is located on the Monticello Dam. At first sight, it appears to be a tunnel into the very depths of the Earth, but it’s actually just for draining out the water. It’s recommended taking a look after it’s rained when the water flows particularly quickly. 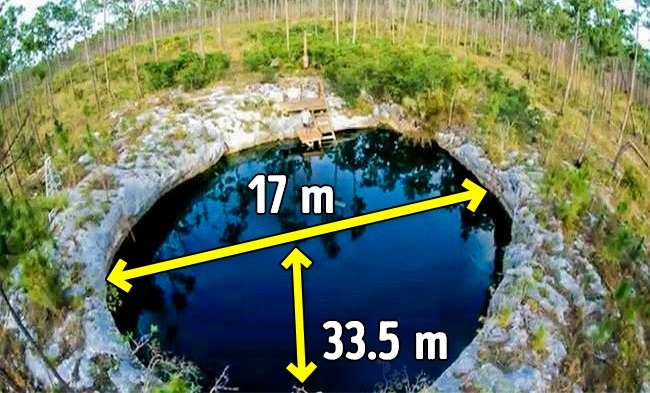 Sawmill Sink is a bright blue hole in the Bahamas which was a site of archeological investigation. It has helped scientists understand what the Earth was like a thousand years ago. 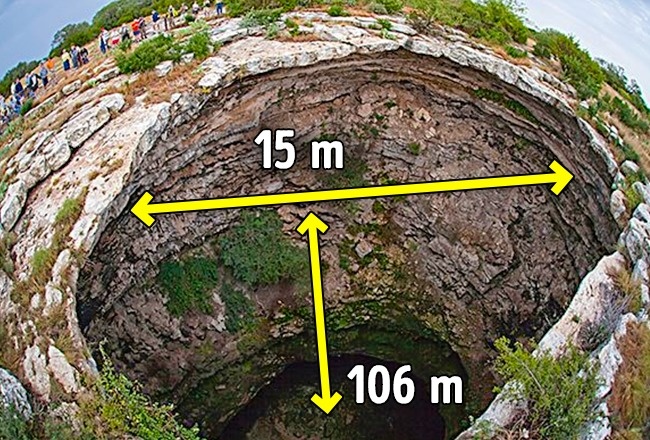 The Devil’s Sinkhole is a subterranean cave, entry to which is strictly forbidden. Although in summer it’s possible to observe 3 million bats flying out of it. 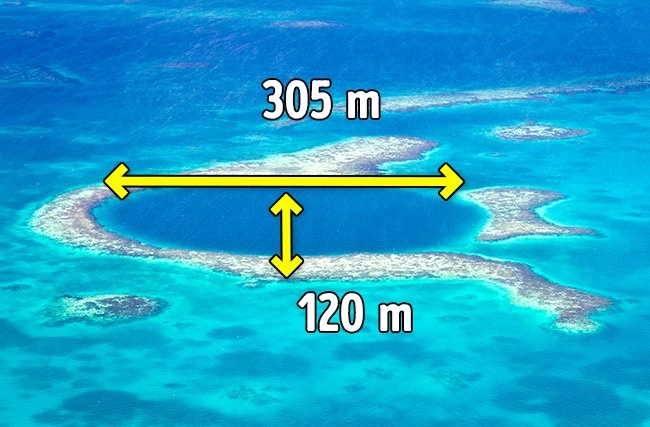 This hole is at the center of Lighthouse Reef, located in the Caribbean sea. It was originally a system of caves that first formed during the last ice age. The Great Blue Hole is considered one of the best places in the world for diving. 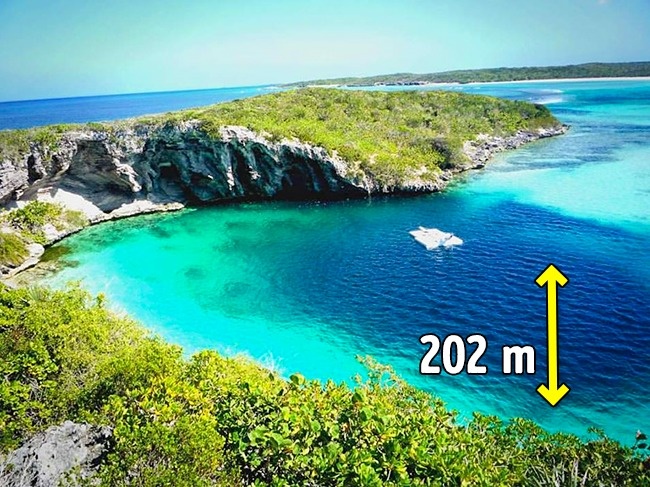 Dean’s Blue Hole is the deepest blue hole in the world. It can be found in the Bahamas and is used as a training ground for free divers. 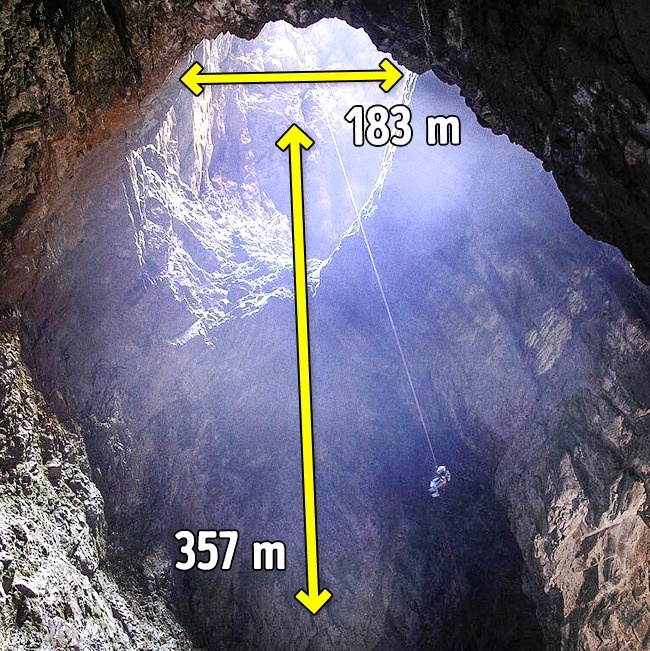 The Harwood Hole is actually a cave in New Zealand. It’s the deepest vertical cave on Earth. 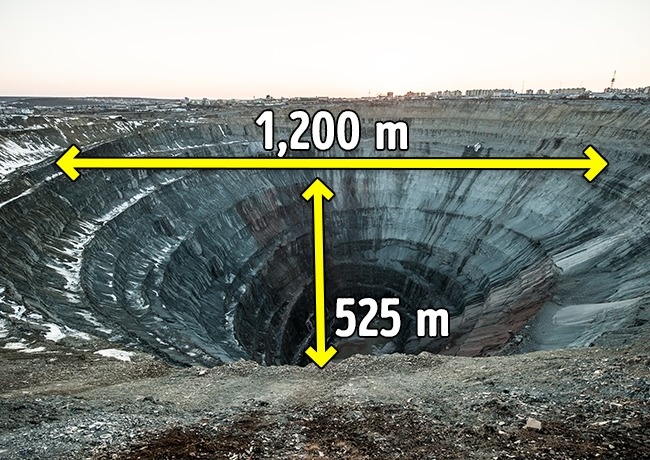 The Mir mine is one of the largest sources of diamonds in Russia. The diamonds are now extracted deep from within the ground. 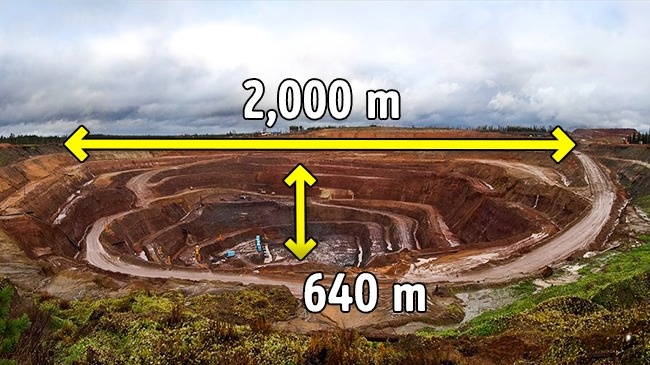 The Udachnaya pipe is another source of diamonds in Yakutia, Russia. It’s located 20 km from the Arctic Circle. 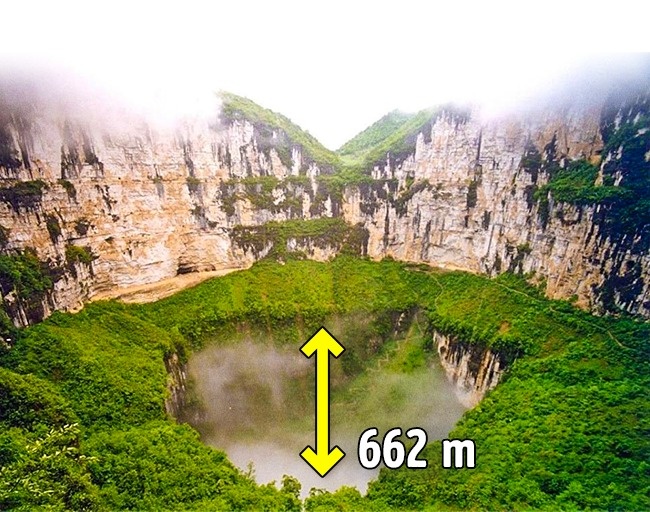 The “Heavenly Pit” sinkhole formed 128,000 years ago. It’s the deepest sinkhole in the world and a favorite location for people who love parachuting. 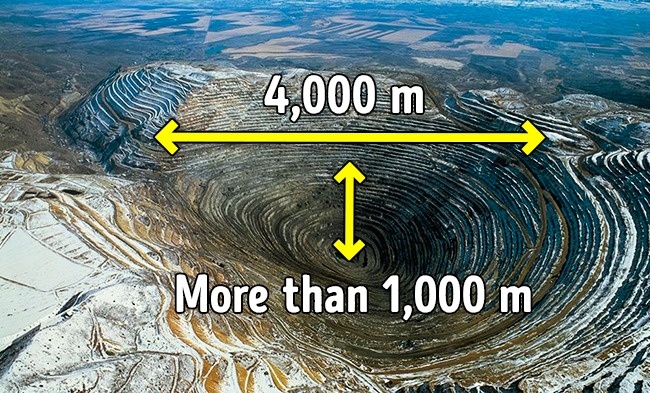 Bingham Canyon is an open pit copper mine in the state of Utah, USA.

In 2010, a 20-meter wide pit formed in Guatemala City. It destroyed an intersection and swallowed up a three-story factory. The sinkhole occurred for several reasons, including Tropical Storm Agatha, the eruption of Pacaya Volcano, and leakage from sewer pipes.