10 Astounding Lakes That Can Actually Kill You The beard tax in Russia, the
window tax in England, the salt tax in France…the history of civilization has
seen lots of strange and unusual tax laws! However, today we can also find some
ridiculous taxation rules that exist in countries across the globe. Some of
them have been introduced for a reasonable purpose while others don’t have a
sensible explanation at all.
Bright Side picked up 13
bizarre tax laws from all over the world you’ve probably never heard about
before.
13.
The plaster tax, Austria 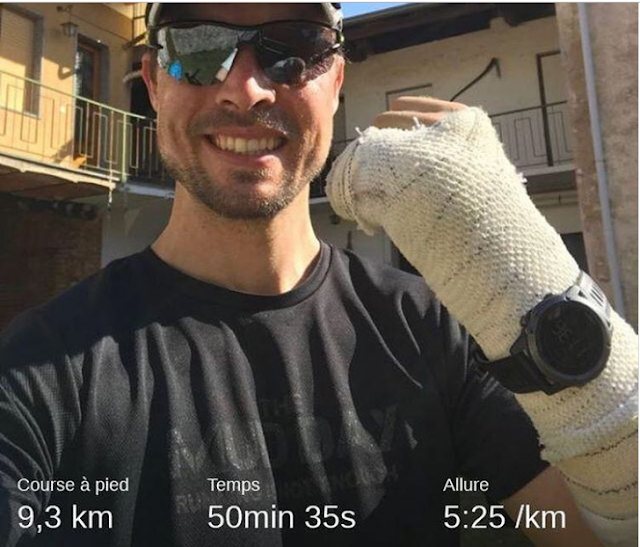 The Austrian Alps is the
perfect place for ski lovers of all types, from beginners to professionals. Not
surprisingly, tourists who don’t feel confident enough when skiing usually end
up in Austrian hospitals with fractures and other injuries.
For this reason, the
government decided to include a special tax on medical services into its
regular tourist tax. There is no fixed amount for this tax as it’s collected
directly by the resort you stay in.
12.
The chopstick tax, China 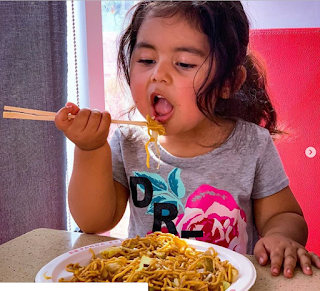 Every year, China makes about
45 billion pairs of disposable chopsticks. To produce such a large amount of
them, people have to destroy about 25 million trees. No wonder the Chinese
government finally started sounding the alarm for fear of deforestation leading
to serious environmental damage.
In 2006, China introduced a 5%
tax on disposable wooden chopsticks in order to protect and preserve the
shrinking forests. The authorities believe that this measure will encourage
people to eat with reusable, plastic chopsticks instead of traditional ones.
11.
The bagel tax, New York, USA 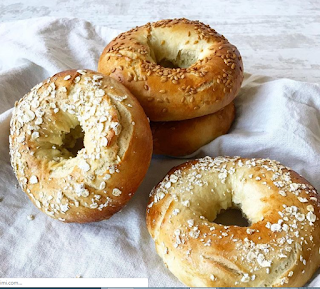 New York has a special bagel
tax which applies specifically to bagels that are altered in some way. This
means that if your bagel is sliced or served with a topping, you must pay an
extra 8-cent tax. Eating your bagel in the store where you’ve bought it will
also be subject to the tax.
To avoid paying this tax, you
can buy an unaltered bagel and take it home to slice and eat it.
10.
The fat tax, Japan 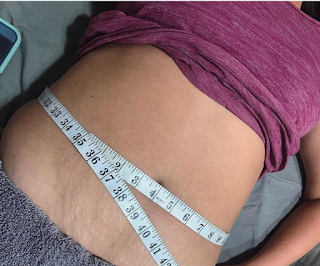 The famous “Metabo Law” in
Japan requires men and women between the ages of 40 and 75 to have their waist
measured every year. If their waistlines exceed a certain size (85 cm for men
and 90 cm for women), they must pay a fine.
The Japanese fat tax was
introduced as an attempt to overcome increasing obesity rates and keep the
spread of diseases like diabetes and strokes in check.
9.
The shelled nut tax, England 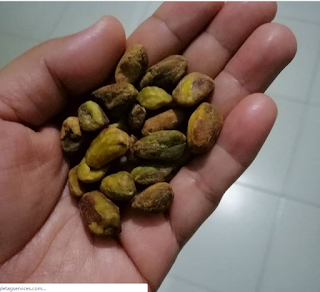 In England, buying nuts with
shells might save you money. That’s because there’s a 20% value-added tax (VAT)
on shelled, roasted, and salted nuts. So it would be much better for your
budget to stick to nuts in shells and sort them out yourself.
However, there’s a slight
loophole with peanuts — they’re not taxed if they’re shelled as long as they’re
not salted or roasted.
8.
The entertainment tax, India 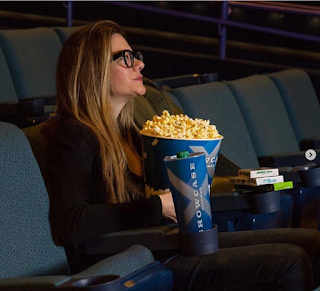 A movie night in India can
actually cost you quite a bit. Here, you have to pay a special tax on movie
tickets, large-scale commercial shows, exhibitions, amusement parks, and other
fun activities. The tax varies from state to state and ranges from 5% to 28%
depending on the form of entertainment.
7.
The playing card tax, Alabama, USA 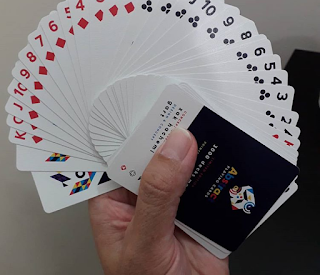 Alabama is the only state in
the US that taxes you for buying a deck of cards. For each deck you purchase,
you have to pay 10 cents extra. The seller must also pay $1 and an annual
license tax of $3. However, this tax applies only to decks that contain 54
cards or fewer.
6.
The junk food tax, Hungary 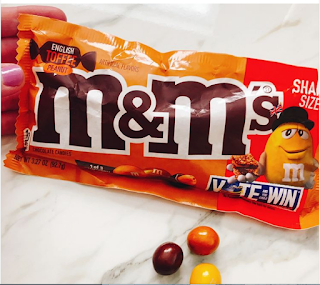 A tax on various packaged
foods that are high in salt and sugar like chips, biscuits, cakes, and even
energy drinks and sodas came into force in Hungary in 2011. Officially, it’s
called the Public Health Product Tax and it adds about 20 cents to the price of
these items.
By introducing this tax, the
Hungarian government wants to promote a healthy diet and force its citizens to
make better food choices. Surprisingly, it seems to be working — about 59% to
73% of consumers reduced their intake of the taxed products.
5.
The tanning tax, USA 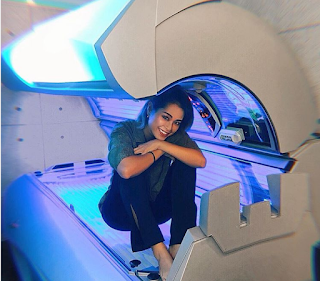 Since 2010, every American who
has wanted a solarium has had to pay an additional 10% fee of the cost of the
procedure. The tanning tax applies to all indoor tanning services unless they
are performed by a licensed medical professional. Its main purpose is to combat
skin cancer.
4.
The sun tax, The Balearic Islands 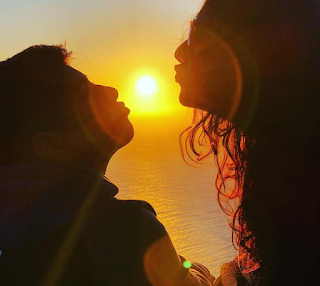 The Balearic Islands host
about 11 million tourists a year and this puts great pressure on local
resources. That’s why a new tourism tax, or the sun tax, was introduced there
in 2016.
The charge applies to all
visitors of Majorca, Menorca, Ibiza, and Formentera and ranges from $2 to $4 a
day. The money collected through the tax is used to improve tourism
infrastructure like to clean the beaches and coastal areas, preserve heritage
sites, and recover local ecological balance in particular.
3.
The shadow tax, Conegliano, Italy 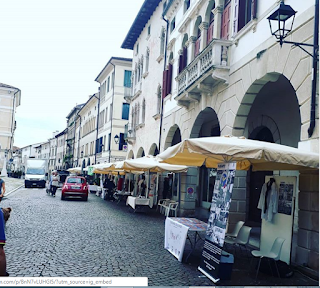 Restaurant owners and
shopkeepers in Conegliano, a town in the Veneto region in Italy which is known
for its dry prosecco, have to pay about $100 a year if their shading devices or
signs cast a shadow on public streets.
The shadow tax was created in
1993 and was supposed to be enforced throughout all of Italy, but only the
Conegliano authorities accepted it. After its implementation, most local owners
simply decided to take away their tents and awnings.

2.
The cow gases tax, Estonia
Although it may sound pretty
ridiculous, the tax on cattle gases really exists in Estonia and its purpose is
rather serious — this is a way for the government to try to prevent air pollution
and reduce the greenhouse effect.
When a single cow digests
grass, it produces on average, 350 liters of methane and 1,500 liters of carbon
dioxide a day. According to different estimates, this accounts for about 15% to
25% of overall gas emissions into the air.
The $5,000 tax charges large
Estonian farms with more than 300 cows. Interestingly enough, it doesn’t
concern breeders of other animals which also contribute to air pollution.
1.
The tattoo and piercing tax, Arkansas, USA

Body art is becoming more and
more popular among Americans — it’s estimated that 36% of US citizens between
the ages of 18 and 29 have at least one tattoo. So it’s no wonder that some
governments are trying to protect their residents from going to
non-professional tattoo artists and getting undesirable consequences like skin
infections or even HIV transmission.
The leading example of this
policy is shown by the state of Arkansas in the US. Since 2005, its residents
have been charging an additional 6% tax on tattoo and body piercing services.
The tax is also applied to electrolysis hair removal.
Are there any unusual tax laws
in your country? What’s your opinion about them?
SOURCE:
BRIGHTSIDE