Everyone’s heard of the 7 Wonders of the World from ancient times. But believe it or not, there are even more magnificent buildings that deserve our attention.

Bright Side decided to figure out which modern buildings could complete the list of wonders.

We found a lot of them! Just look at these buildings — they boggle our imaginations with their incredible lines. Our civilization should be proud of these architectural masterpieces.

14. The Lotus Building in Wujin, China 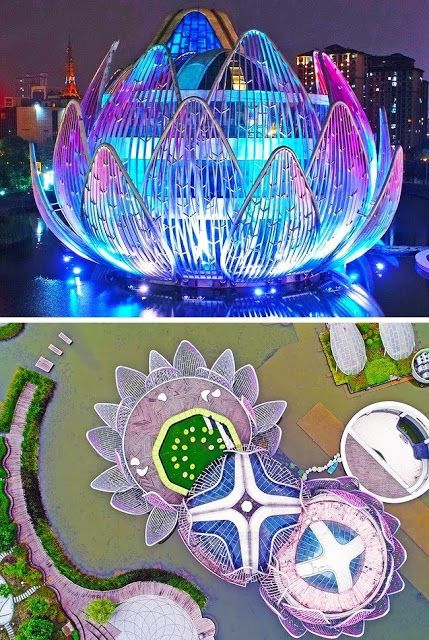 Blooming out of an artificial lake at the center of Wujin, China, is the Lotus Building. The beautiful building takes its name and form from the blooming lotus flower. The architect’s idea was to create an amazing atmosphere, despite the weather or the season. The building is home to departments of the city’s planning bureau.

13. An incredible hotel in the Alps 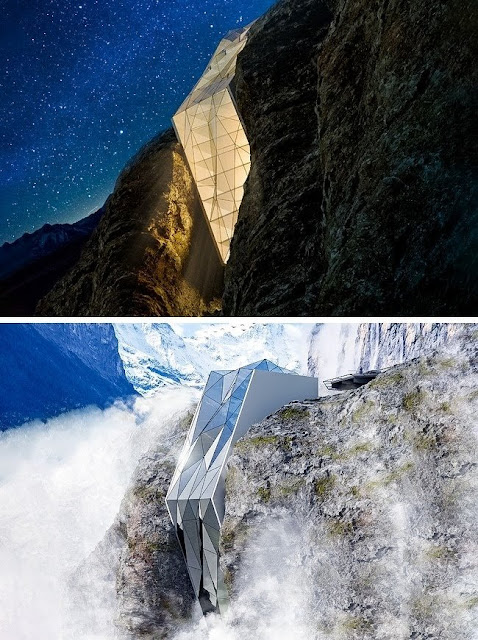 This is still a concept, but we couldn’t pass it by. This hotel is planned to be built in the Alps. The building creator is Andrii Rozhko, and he was inspired by the dramatic mountain landscape. The hotel hugs a rugged cliffside and has a striking glass facade.

12. The Lotus Temple in the village of Bahapur, India 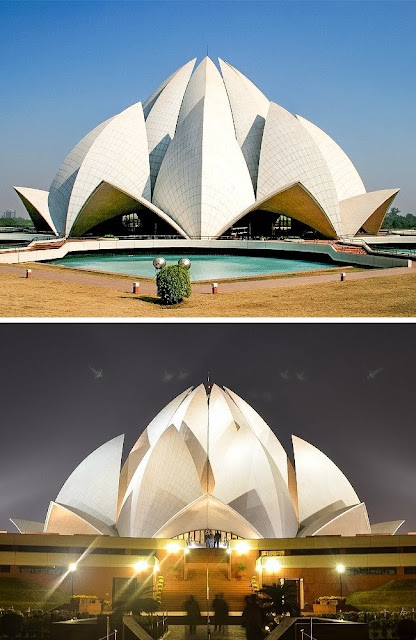 Another grand building in the shape of the lotus flower is the main worship house of theBaha’i Faith. Its doors are open to everyone, regardless of their religion. 9 doors lead to the central hall of the temple, which symbolizes the unity of all religions.

11. The Cubic Houses of Rotterdam, Netherlands 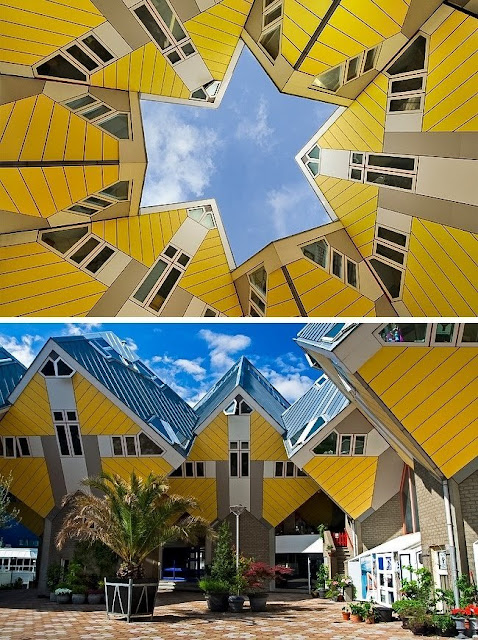 There is a group of 40 houses on Overblaak Street in Rotterdam. They give the impression that the whole world has turned upside-down. The houses were constructed by the architect Piet Blom, and all the walls and windows are angled at 45 degrees.

By the way, there are private apartments inside. We wonder what it’s like to live in one of them!

10. The Atomium in Brussels, Belgium 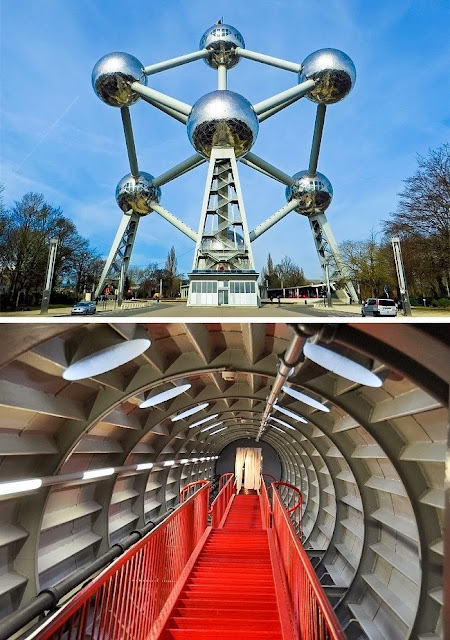 Those who see the building might think it is just a huge sculpture made of metal. However, it is a fully featured building. By following the tubes, one can move between the spheres and reach a science museum or a restaurant. The Atomium depicts 9 iron atoms in the shape of the body-centered cubic unit cell of an iron crystal.


9. City of Arts and Sciences in Valencia, Spain 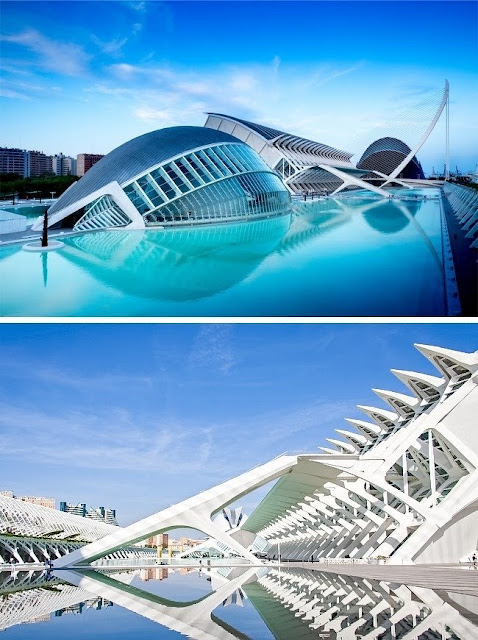 This is one more outstanding example of modern architecture, and it is located right on the water in the middle of the park in Valencia. It looks really futuristic and reminds one of the skeleton of a fantastic beast. The complex consists of 5 buildings: a covered plaza, an IMAX cinema, a park, a science museum, and an oceanographic park. 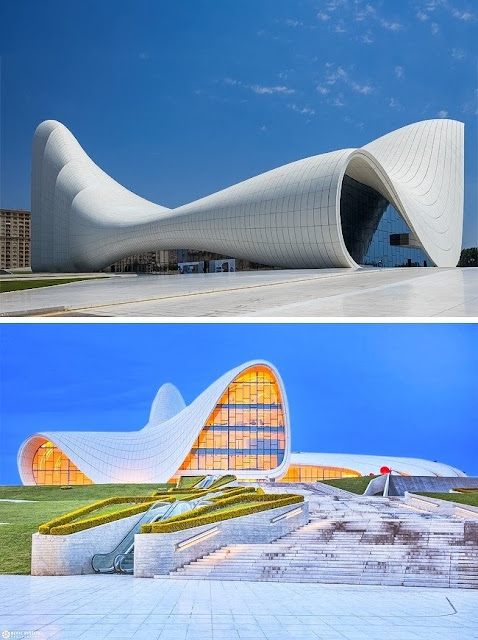 Heydar Aliyev Center is probably the most curious and recognized building in Baku. The brilliant female architect Zaha Hadid, known for her love of “alien” shapes, designed the fluid form of the building. Inside there are exhibition halls and offices. 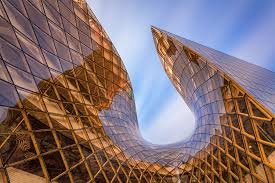 This shopping center is the biggest in Scandinavia. Double-bent glass encloses the diagonal slit that cuts through the building as if it is going to fall. Inside, visitors and shoppers can find colorful escalators, swings instead of sitting benches, and hanging gardens. 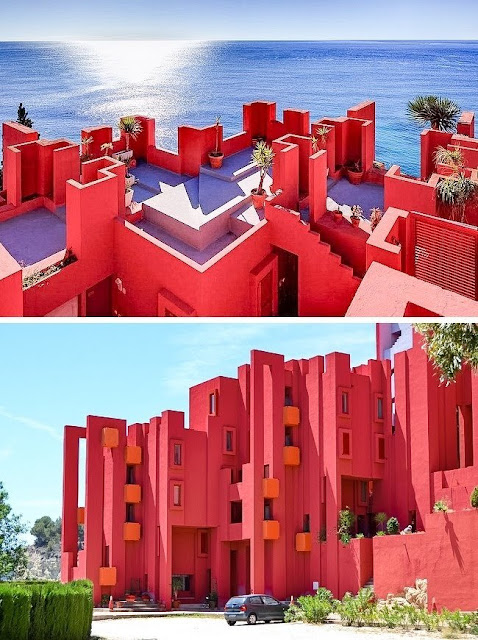 There is a housing project in the south of Spain where everyone would love to live. Its name can be translated as “red wall,” and the building makes clear references to the popular architecture of the Arab Mediterranean area. Inside the building, the red color switches to purple and blue. 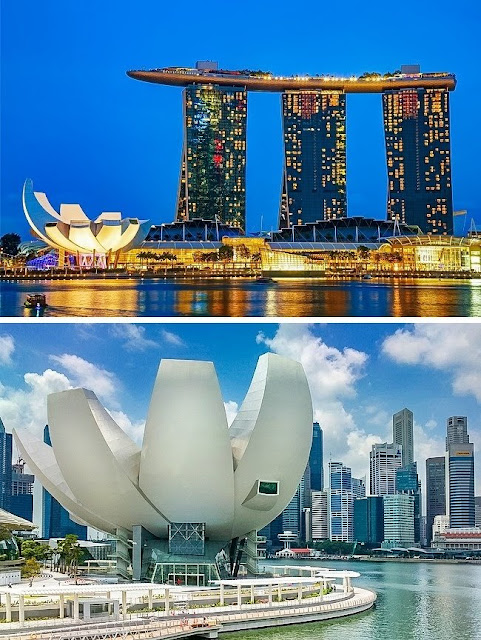 This museum is one of the main attractions of Singapore. Its shape reminds one of cupped palms or a lotus flower. The 3 skyscrapers in the background with a ship on top of them are Marina Bay Sands, a luxurious hotel and another architectural masterpiece of Singapore. 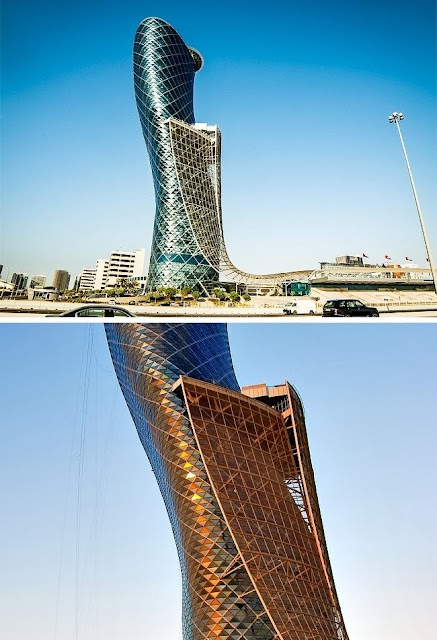 At 520 ft and 35 stories, it is one of the tallest buildings in the city. Guinness World Records certified Capital Gate as “the world’s furthest leaning man-made tower.” The tower leans 18 degrees (for comparison, Pisa’s Tower leans only 4 degrees).

The second name of the skyscraper is The Leaning Tower of Abu Dhabi. 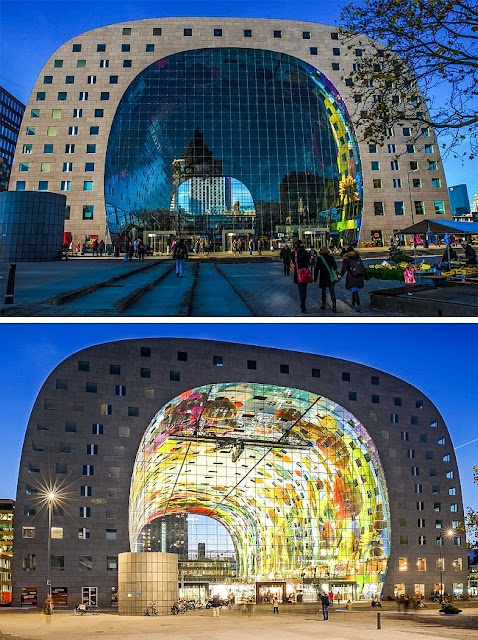 This Market Hall is the most beautiful in the world. Even the Queen of the Netherlands came to the opening ceremony. The market is located inside a residential building in the shape of an arch. The inside of the building is adorned with artwork by Arno Coenen: fruits, vegetables, fish, and flowers. That is why some call the market the Sistine Chapel of Rotterdam. The artwork can be seen here. 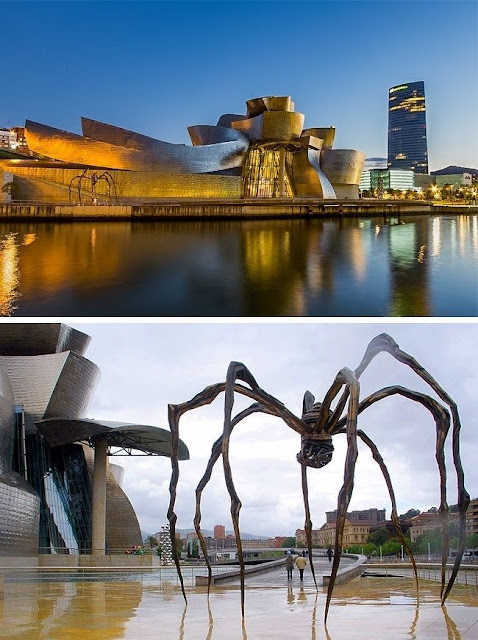 This is one of the world’s most spectacular buildings in the style of Deconstructivism. Architect Philip Johnson described it as “the greatest building of our time.” The museum has both permanent and temporary exhibitions. The permanent exhibition is devoted to the art of the 20th century. Don’t mix it up with the Guggenheim Museum in New York City!

1. The Kunsthaus Graz in Graz, Austria 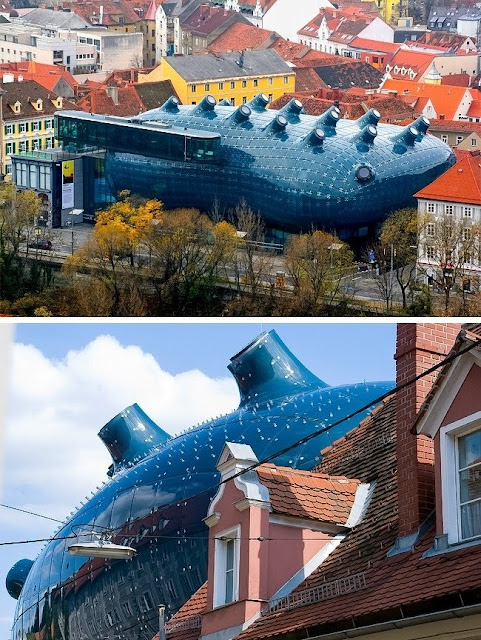 This gallery of modern art is called the “Friendly Alien.” Some people see the heart of a whale or a dirigible in the building’s shape. The Kunsthaus is made in the innovative style of blob architecture, a movement in architecture in which buildings have an organic, amoeba-shaped form. Moreover, the “Alien” glows at night.

Bonus: Architecture from an unusual angle 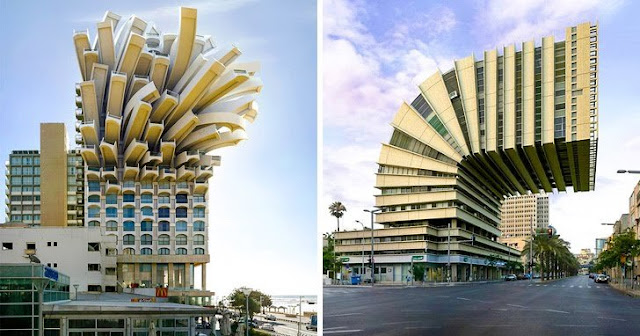 Media artist, Victor Enrich from Barcelona creates incredible buildings, deconstructing and reconstructing existing architecture. Thanks to his imagination and the magic of computer-aided photographic manipulation, skyscrapers and other buildings appear to bend, twist, and turn inside out.

Which buildings impressed you the most? Have you ever seen any of them in real life?