A photographer traveled 15,000 miles around New Zealand to take the perfect shots 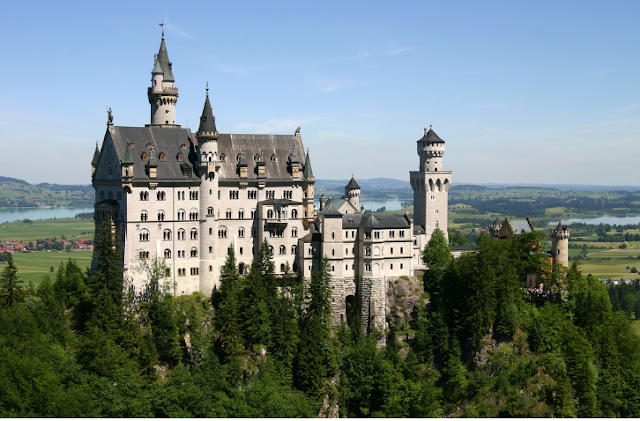 There are so many places in
the world that are unbelievably beautiful and are worth spending all of your
vacation money on. Millions of grand waterfalls, thousands of mountains, and hundreds
of unseen miracles of nature that are impossible to visit in one lifetime.
However, after looking at these, you might just want to try.
We at Bright Side collected 15
special places you’ll need to visit to feel fulfilled in life.
1. Lençóis Maranhenses, Brazil

Lençóis Maranhenses is a
unique national park in Brazil located on the Atlantic coast of the Northern
part of the country, in the state of Maranhão. This is one of the most
mysterious places on the planet. During the rainy season, water accumulates
between the dunes forming many lagoons that create a unique and beautiful
landscape, which look like turquoise, green, and blue mirrors among the velvety
white sands.
2. Honokohau Falls, USA 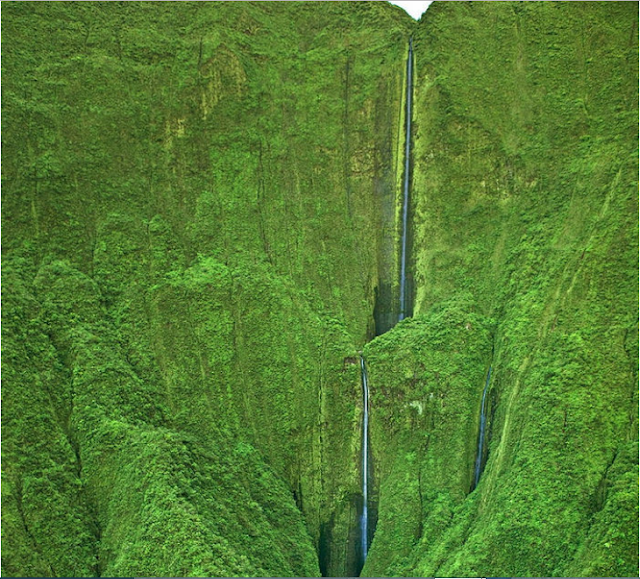 Honokohau Falls are green
waterfalls located on the island of Maui in the Hawaiian islands. This is the
highest waterfall on the island and to get to it you need to take a helicopter
tour as tourists cannot reach it by car or foot since the area is too difficult
to travel. The shooting of the film Jurassic Park, which took place in this
area, brought fame to Honokohau Falls because the waterfall made it into one of
the scenes of the film and enamored many viewers with its beauty.
3. Capilano Bridge, Canada 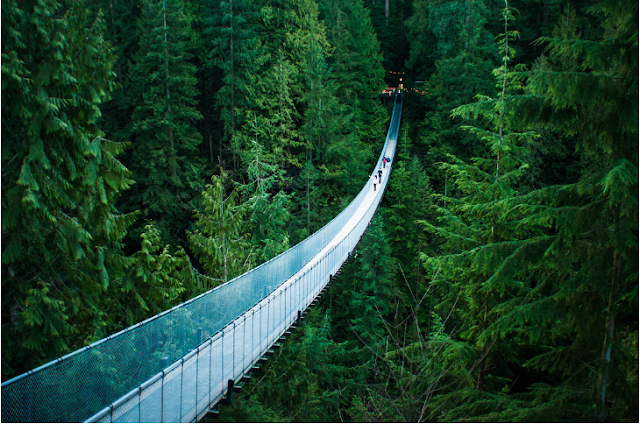 Capilano Suspension Bridge is
a picturesque bridge in Canada near Vancouver. It is located at an altitude of
230 ft above the turbulent Capilano River in thickets of dense forest. To walk
on this bridge is an adventure in and of itself. Initially, it was built as a
path to a sawmill to make life easier for workers, but today it has an
exclusively touristic function. 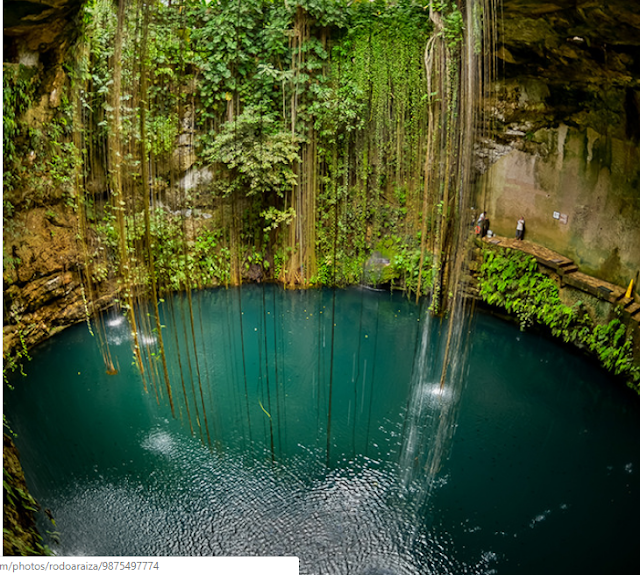 Cenote Ik-Kil was formed by
nature from an underground cave and, since it consisted of limestone, the walls
of the cave were washed away by underground waters. They crumbled from the
pressure of the water making this cenote larger in diameter and depth. Now you
can see the securely fortified walls of the cenote and the stone staircase,
which was created for the convenience of tourists trying to get down to the
legendary water. Also, the walls are decorated with artificial waterfalls and
have balconies in the form of viewing platforms for onlookers. 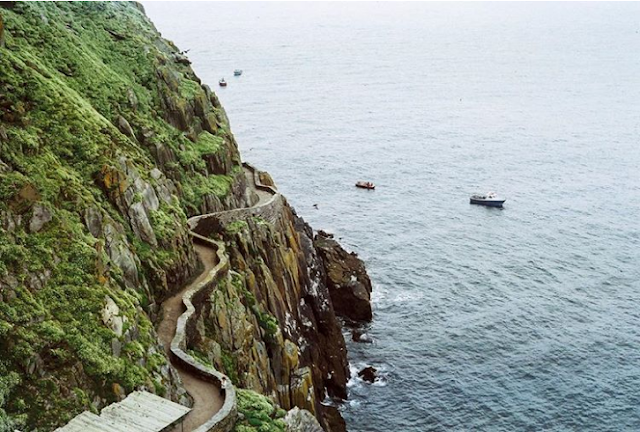 Skellig Michael is an island
located in the Atlantic Ocean, 7 miles west of the Iveragh Peninsula of
Ireland. A Christian monastery was founded on the island between the 6th and
8th centuries and was in constant use until the 12th century. The ruins of the
monastery, along with most of the island itself, were added to the UNESCO World
Heritage list in 1996. This place seems so unearthly that it was heavily
involved in the filming of Star Wars. 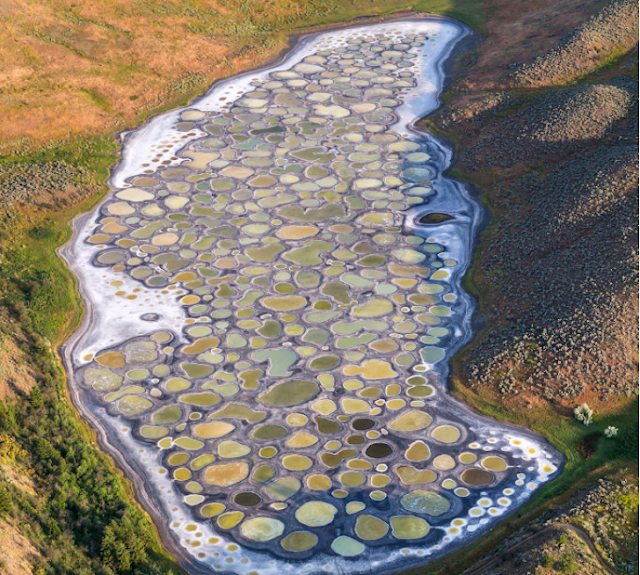 Spotted Lake is a saltwater
mineral lake in British Columbia, Canada containing a large concentration of
various minerals. In the summer most of the water in the lake evaporates,
exposing the bizarre colored deposits of these minerals. The color of the
stains depends on the mineral, most spots acquire their color due to magnesium
sulfate which crystallizes in the heat. These minerals harden to form natural
“pathways” around and between the spots in the summertime. 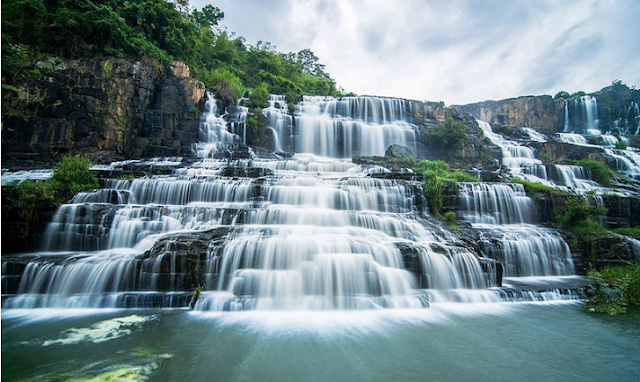 The Pongour Waterfalls are one
of the largest and most beautiful in Vietnam. During the rainy season, the
water falls in a wide stream through many cascades, and flows into the pool
below. In the dry season, the waterfall loses its power and transforms into
many tiny streams, but still retains its beauty. If you are in Dalat in the
rainy season, be sure to go to the waterfall despite the long commute. You’ll
be guaranteed to witness a stunning sight. In addition, on the way to the
waterfall, you will see the beautiful scenery and pass by coffee and avocado
plantations. 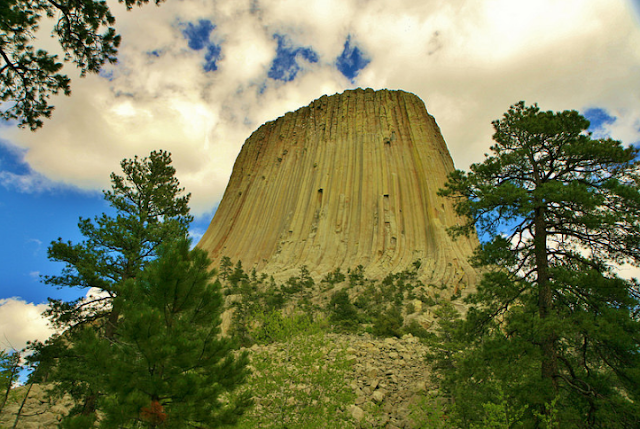 Devils Tower National Monument
is a natural monument that’s located in the valley of the Belle Fourche in
Wyoming. It was the first object to be recognized as a “national monument ” by
the United States. Devil’s Tower was formed from a magmatic melt, which rose
from the depths of the Earth and froze in the form of hexagonal columns. The
most ancient geological deposits in the territory of this monument are
estimated to be from 225 to 195 million years old. 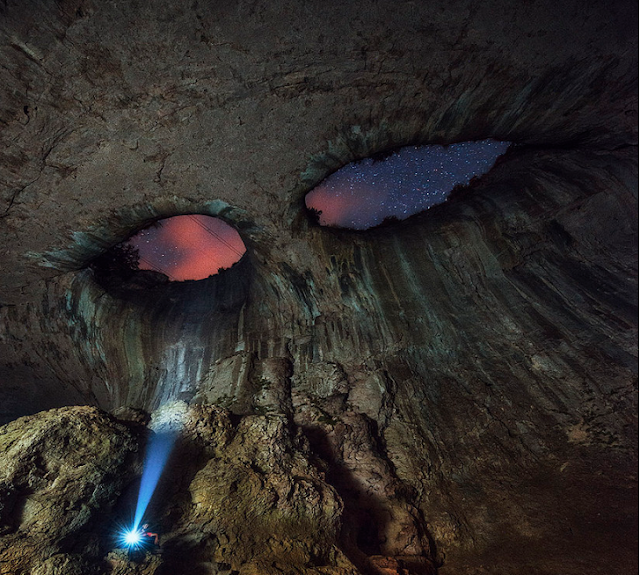 The main feature of Prohodna
is the 2 holes in the rock that are shaped like human eyes. The locals call
them “The Eyes of God” and sometimes “Devil’s Eyes.” These “windows” provide
natural light in the cave and stun tourists with their amazing symmetry. And if
you happen to be there on a rainy day, when the water flows through them— it
looks as if they are real tears.
10. Pamukkale, Turkey 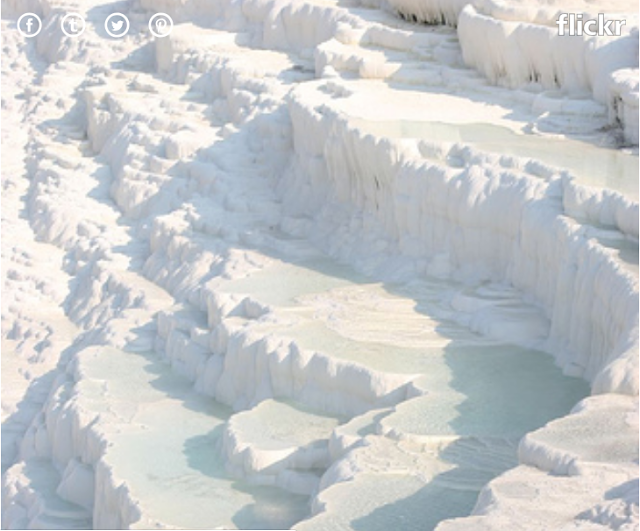 Hierapolis, also called
Pamukkale springs (literally meaning “cotton castle” in Turkish) is a natural
and cultural UNESCO World Heritage site in the province of Denizli in southwest
Turkey. The Turkish name refers to the bright white limestone created and
shaped by the springs for over thousands of years. These springs formed the
amazing landscape of Pamukkale, appearing in the form of a cascade of terraced
baths, decorated with white calcite stalactites. The temple of Samgwangsa is
known for its annual lantern festival in honor of Buddha’s birthday which
attracts over a million visitors. During the festival thousands of colorful
lanterns are lit in the night sky.
12. Arashiyama, Japan 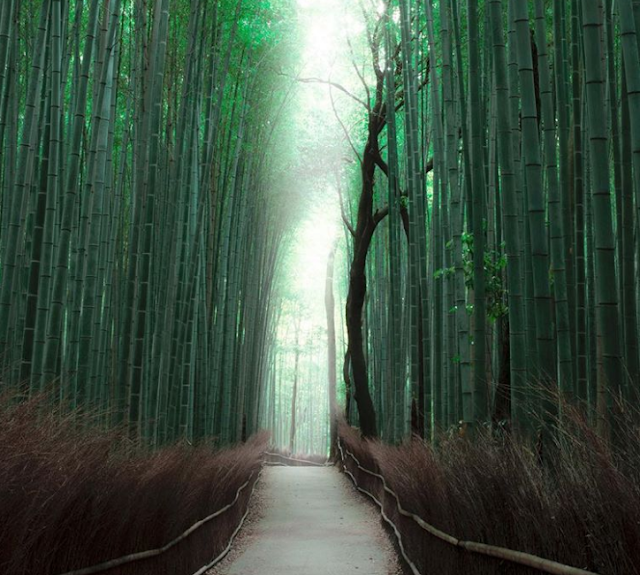 In the Western part of Kyoto,
at the foot of mount Arashiyama there is an amazing place filled with peace and
mystery. On the banks of the Hozu River there are numerous gardens and bamboo
groves. Shady paths beckon with cool air and silence, and narrow paths lead to
ancient Buddhist temples.
The main temple near
Arashiyama, called Tenryuji (“Temple of the Heavenly Dragon”) can only be
accessed by going through an unusual 900 ft long corridor leading through a
bamboo grove.

This castle is a fairy tale
hidden in the forests of the Bavarian Alps. It’s a real masterpiece that has
become immensely popular among tourists. Neuschwanstein became the prototype
for Sleeping Beauty’s castle at Disneyland Paris, was Tchaikovsky’s inspiration
for the Swan Lake ballet, and was the epitome of Ludwig II’s love for Wagner’s
music.
14. Tracy Arm Fjord, USA 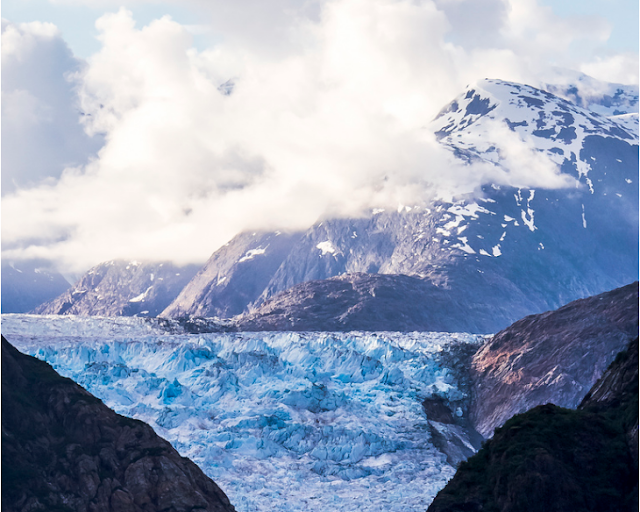 The Tracy Arm Fjord is
considered one of the most majestic fjords on the planet. Fantastic rugged
shores, majestic mountains, towering cliffs, waterfalls descending into the
sea, the emerald water of the fjord, the largest icebergs in Alaska, and the
collapse of falling glaciers make this a delightful place to visit. Nobody
leaves indifferent once seeing the abundance of various living creatures like
whales, sea lions, seals, and otters, just to name a few.
15. Ta Prohm, Cambodia 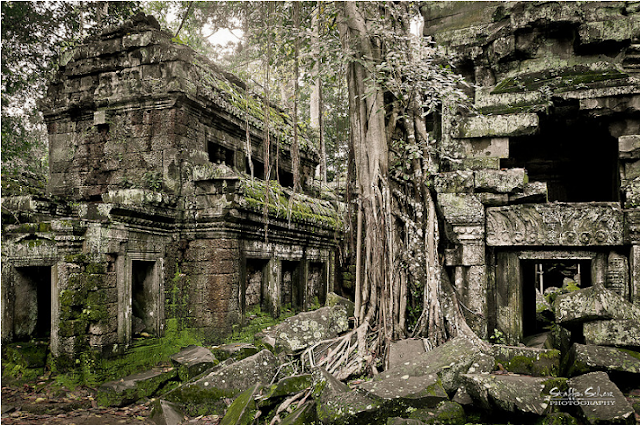 Ta Prohm temple is one of the
most monumental temples in the territory of the Hindu complex of Angkor in
Cambodia. It is located in a dense jungle and is half destroyed. The
frightening force of nature has “strangled” the temple: the trees and vines
that have entwined the towers, terraces, and statues of Ta Prohm for centuries
have changed them beyond recognition. And at the top of the temple, vines have
taken over and formed a natural dome.
If you have any other
magnificent places to suggest, please share them in the comments below.
SOURCE:
BRIGHTSIDE