How to Wear Loafers

Get your drink exactly how you want it 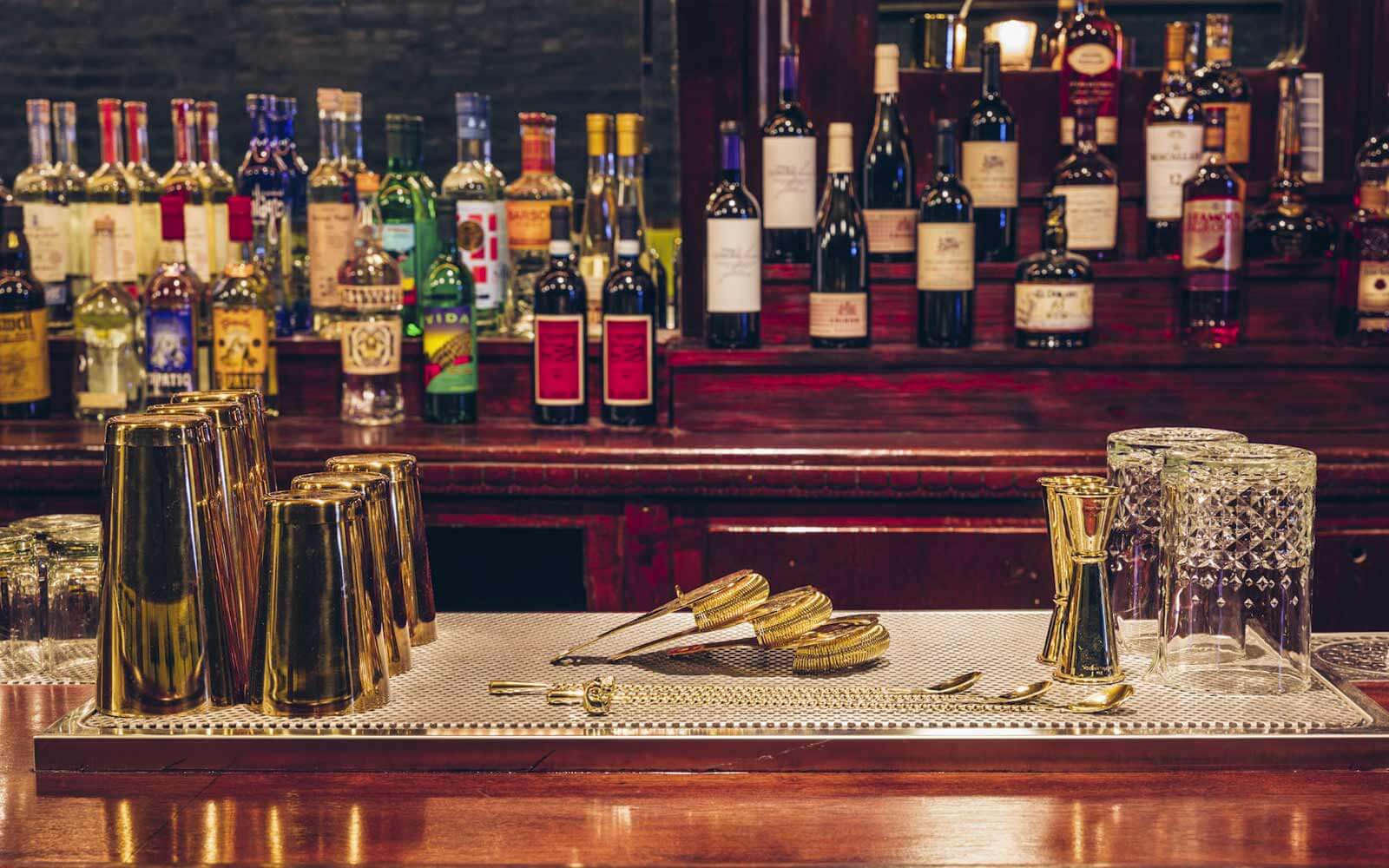 
“Shaken, not stirred.” It’s the motto of the classic Bond (that’s James Bond) martini, but why shaken over stirred? You’ve looked over countless drink menus, but stick with the usual because it’s the only one you know. We don’t blame you. Drink menus are riddled with countless terms that are confusing and ordering often feels like a shot in the dark. Even when you do find a drink interesting enough to try, it’s based solely on the name (boulevardier, anyone?). Allow us to make your drink ventures a little more attainable. We’ve compiled a list of the more common bar terms so that the next time you come across a drink menu, you can order with confidence.


Liquor (lick-er) is a word synonymous with alcoholic beverages. So, if it has alcohol, it’s a liquor.


Put simply, spirits are unsweetened alcoholic beverages above 40 proof, whereas liqueurs (lick-oors) are mixed with herbs and spices to amplify flavor.


You’ll find this word on some drink menus and on all bottle labels. Divide whatever number the proof is in half and you have the percentage alcohol content of the liquor. For example, a 100 proof liquor is 50% alcohol content.


A unit of measure for alcohol, a shot is equal to 1.5 fluid oz. Double, triple, or quadruple it as you see fit.


The term “well” comes from the bartender’s work space, or the bartender’s well. These drinks, located within reach in the “well”, are the cheaper, lower-end drinks that often consist of a liquor and a mixer. Though not enough to regard them a cocktail, these drinks classic in their own right and an easy way to order if you like to keep it simple.


Generally used to describe an upscale mixed drink, a cocktail technically means anything that contains 2 or more ingredients with 1 being alcohol.


These shot-sized alcoholic beverages are meant to be consumed prior to eating a meal. Their purpose is to stimulate hunger. They are not usually a sweet liquor and stick to earthy flavors. A few examples of aperitifs are vermouth, gin, and martinis.


As the name implies, a digestif is meant to help with digestion and is meant to be consumed after a meal. They tend to be heavier and sweeter than aperitifs. Though not usually consumed as so, Jagermister, is a popular example of a digestif.


The minimalist of drinks, a neat drink is as simple as it gets. It’s not chilled prior or poured over ice. Your choice of alcohol simply is poured into a tumbler or shot glass.


“The rocks” = ice. A drink on the rocks consists of a liquor poured over ice. The type of ice depends on the bar, but your drink is poured over the ice which slowly dilutes the alcohol.


A straight-up drink is a liquor either shaken or stirred with ice prior to being served. The liquor is then strained and served without the ice. The result is a chilled and undiluted drink.


The difference comes down to two things: the amount of dilution, and the consistency. Both methods are intended to chill your drink however, a shaken drink is more diluted and has a frothier consistency than one that is stirred, since there’s more agitation. In general, mixed drinks are often shaken and cocktails containing distilled spirits and light mixers are stirred.


This means a drink mixed with the juice from bar olives, giving it a salty, briny taste. This term is most often used when ordering martinis.


This indicates that you want the drink mixed with a small amount of vermouth, giving just a slight vermouth flavor to the alcohol. This term is usually used with drinks made of gin or vodka.


It’s all mixer and contains no alcohol of any kind.


Go Ahead and Garnish


Whenever you see this in a drink description, it means the ingredients (often herbs, fruits, or spices) are mashed against a hard, flat surface with a muddler to infuse or mix the flavors before adding them to the drink. This allows for a more complex and refined flavor in a drink.


Though opinions will vary, an internet consensus seems to have been reached that a splash is under a quarter ounce. A splash of something (ie. cranberry juice) is  used to enhance flavor, not overpower.


Sours are drinks that are a mixed drink with lemon or lime juice, a sweetener, and a liquor. The “Whiskey Sour” is a popular sour drink that contains lemon juice, sugar, and your favorite whiskey.


Bitters are plant-based liquids  mixed with water and alcohol that are used in various cocktails. Bitters have a concentrated flavor, so they are used in small doses to enhance a drink’s flavor.

Stick to the classic drinks, or venture out. 20 words later, you are now more versed in the ways of the bar. Order at will, and enjoy responsibly. Cheers, gentlemen!