21 Reasons to Visit Siberia Before You Die 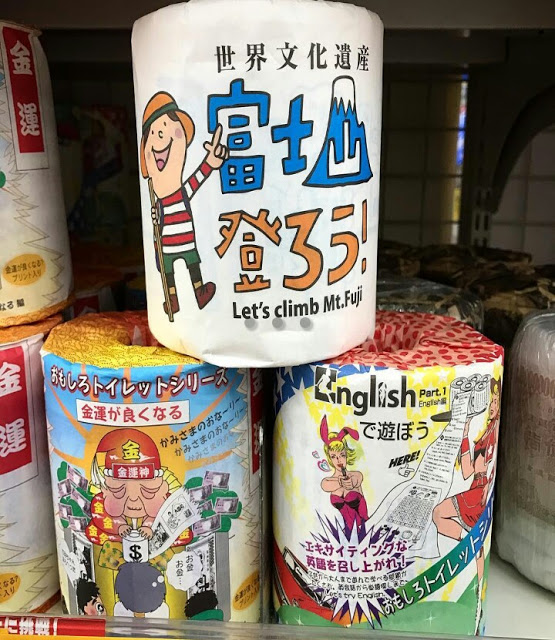 Some countries live in
isolation and develop by their own rules and norms. Thus, some of their normal
and routine things may look really weird to us. One of these countries is
Japan. Japanese people are focused on inventing new modern technologies, making
their lives as comfortable as possible, and being in harmony with nature.
You’ll find so many amazing things there: freezing cold band-aids used instead
of fever reducers, baking soda pills that dechlorinate water, or collagen
gummies for those who want to look young and healthy.
Bright Side invites you to
find out about some inventions and solutions from the Land of the Rising Sun.
Braille
on the top of drink cans 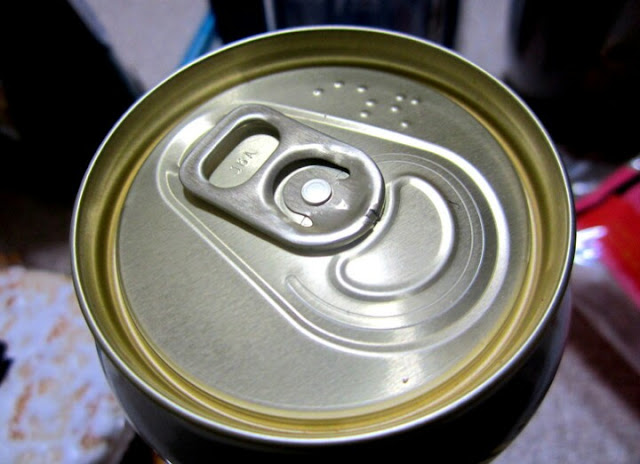 In Japan, there is braille on
the top of drink cans. It’s another thing that proves Japanese people care
about each other like no one else in the world.
Knitted
socks for chair legs 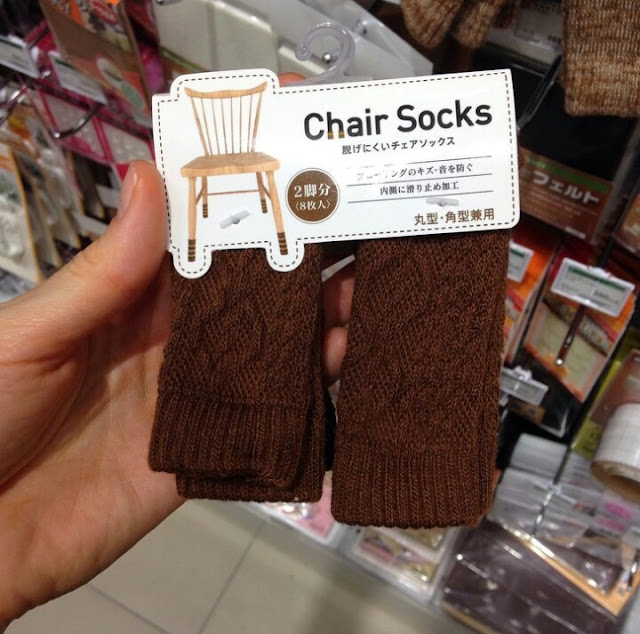 They protect floors from
scratches and prevent unpleasant squeaky sounds. In many homes, the floors are
wooden and it’s really important to keep them in good condition.
Real
milk can be easily found with the help of a small notch on a packaging. 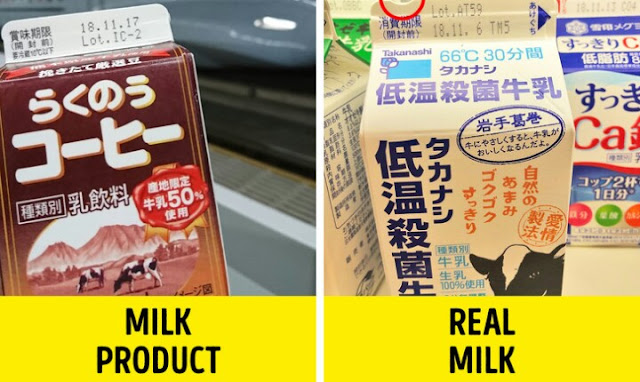 This packaging was designed
especially for children, people with visual impairments, and illiterate people.
The notch helps them distinguish real milk from milk products. 3.5 oz of real
milk contains 3.5 gr of fat, and in Japan low-fat milk is considered to be a
milk product.
The
back doors of taxis open automatically. 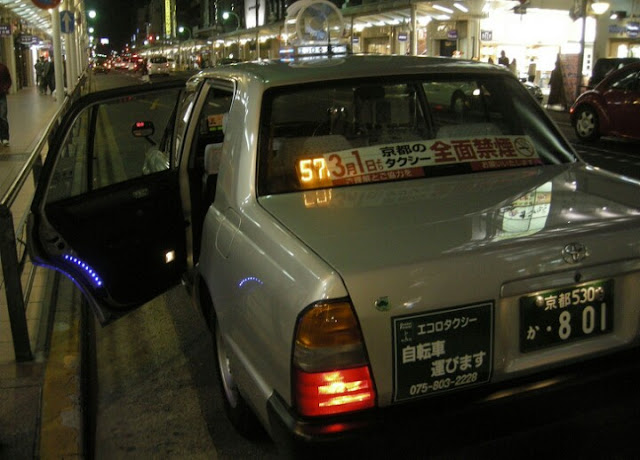 This technology was
implemented in 1964 right before the summer Olympic games in Japan. The
government wanted to show their hospitality. By the way, it’s really convenient
if you’re carrying heavy bags — neither you nor the driver has to open the
door.
Cooling
band-aids for fevers or the summer heat and warmers for cold winters 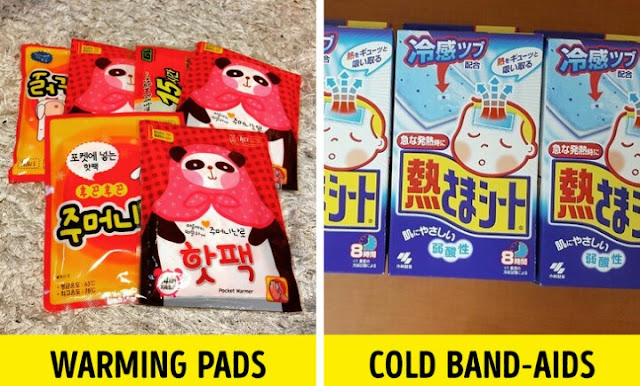 Instead of using medicine to
treat a fever, Japanese people use cooling band-aids that are harmless, even
for babies. As soon as the band touches the skin, certain reactions occur and
you feel cold. The effect usually lasts for 8 hours.
In summer, people use cooling
pads that, in other cases, are applied to bruises and injuries. You just have
to shake the pad and it gets cold within a few seconds. The effect lasts from
15 minutes to an hour and a half, depending on the size of the pad.
In winter, warming band-aids
are also used. You have to open the packaging, stick a pad to your clothing (as
a rule, people put them in pockets, in shoes, or under jeans), and enjoy its
heat of 85-105° F.
A
Christmas tree that can be installed in a second 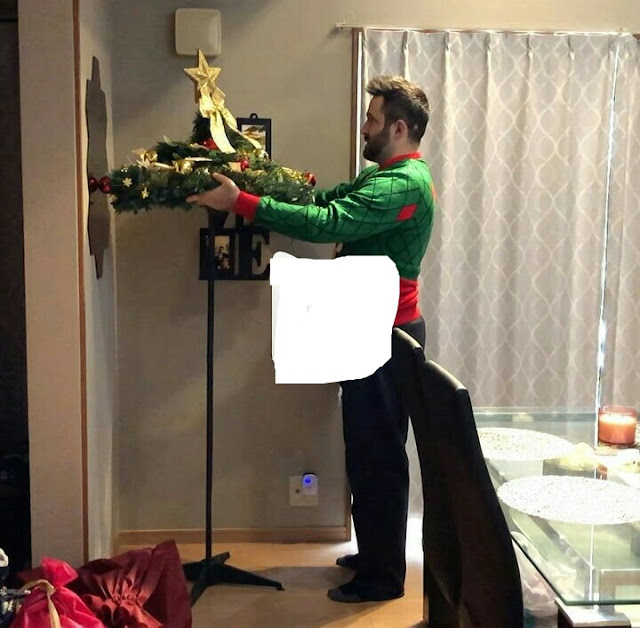 This tree is a great solution
if you’re against cutting down Christmas trees or spending hours installing a
fake one. This tree can be easily installed and stored.
Single-use
underwear and deodorizing wipes for when you need to spend the night at your
office 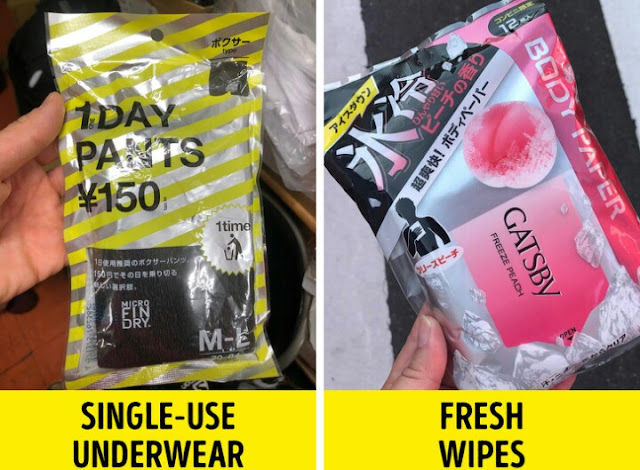 These items are just what you
need if you work a lot: you can spend a convenient night in the office. They
are also great for travelers and for those who want to stay at their friend’s
house on a whim.
Wipes are usually used when
you want to freshen up quickly, but don’t want to spend too much time or take a
shower. In Japan, people really care about water resources.
Giant
cups of noodles 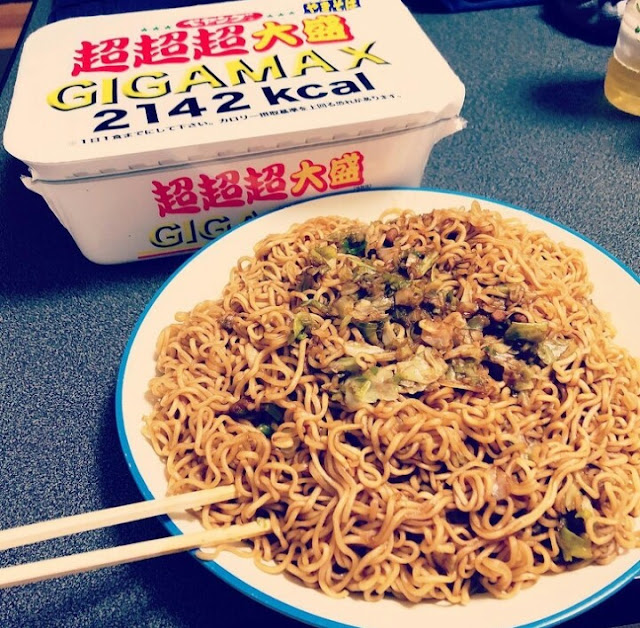 2,000 kcal are almost a day’s
worth of calories. This product is also for those who work a lot. Japanese
people don’t eat this type of food every day. What’s more, it’s usually served
with vegetables, fish, meat, or seafood.
You
have to prove to the police that you have a free parking spot in order to buy a
car. 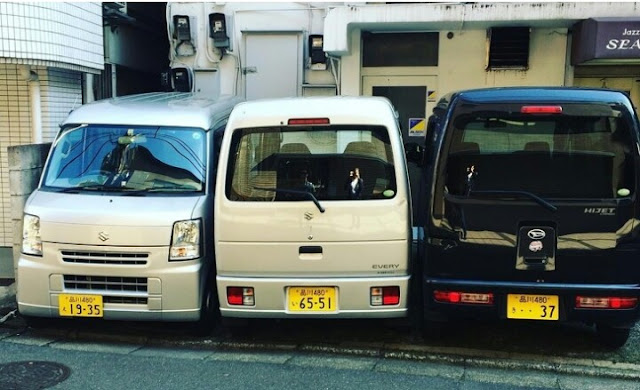 This rule reduces the amount
of cars that are on the roads. In Japan, the public transport system is
well-developed, so a personal car isn’t a necessity.
Gummies
with an anti-aging effect 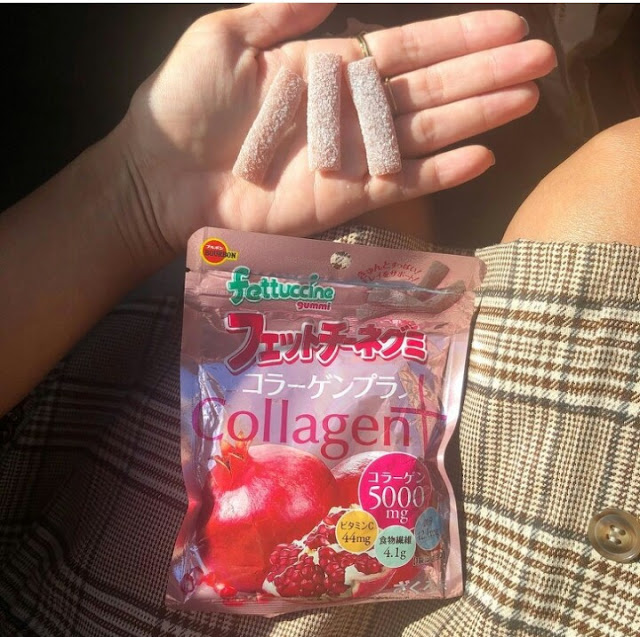 The manufacturer of this
product claims that it contains a large amount of collagen and hyaluronic acid
and has a considerable impact on the skin. Suntan gummies are also really
popular: if you consume them on a daily basis, they protect your skin from UV
radiation and make your skin look young and healthy.
When
the weather is good, people air out their futons to prevent mold. 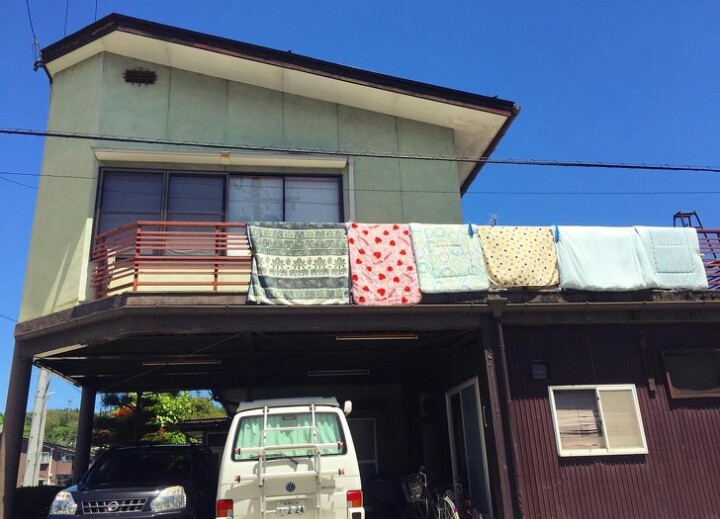 If you want to be healthy,
it’s recommended for you to air out your futon from time to time. Warm fresh
air makes mattresses and futons smell nice again and kills harmful bacteria.
Before winter comes, the
branches of old trees are tied to protect them from heavy snow. 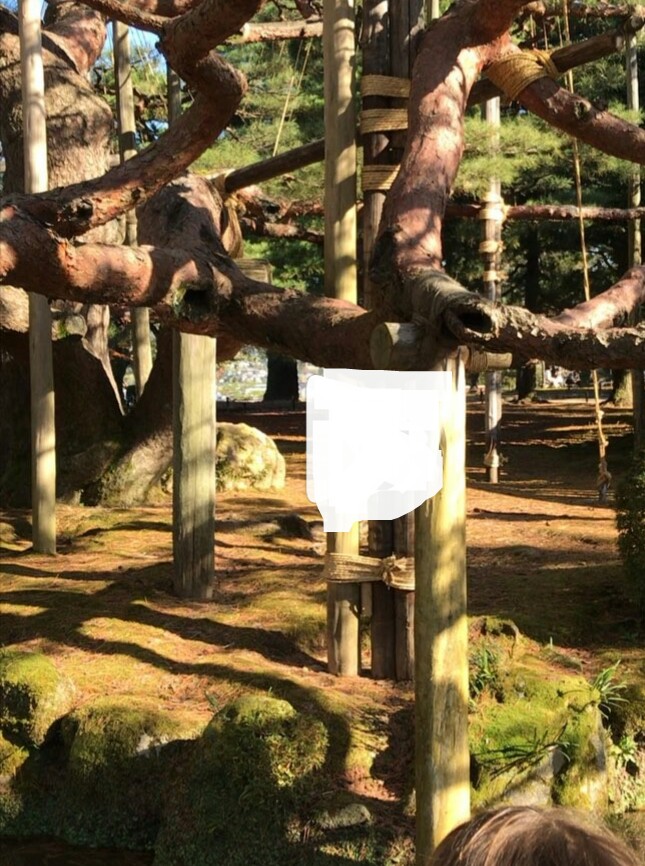 Felt
balls instead of air fresheners 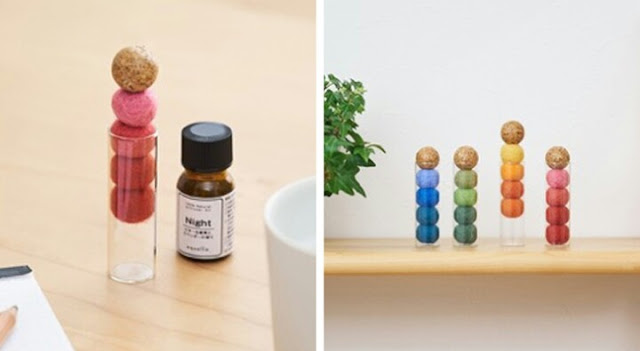 These balls are pierced with a
stick soaked in natural essential oils. The more you pull it out of a tube, the
stronger the odor is. You can also carry it with you. Each ball is handmade and
made from wool. These aromatizers have gradually replaced ordinary air
fresheners.
Public
transport stops are shielded from the road. 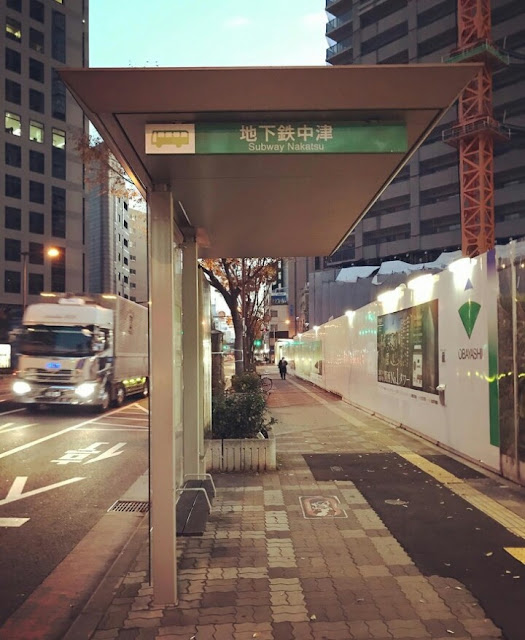 These glass screens protect
people from dirt and reduce car noises. Additionally, the screen allows you to
see both the road and the bus schedule.
In autumn, people eat fried
maple leaves, in spring, they eat sugared cherry blossoms, and they eat lotus
all year round. 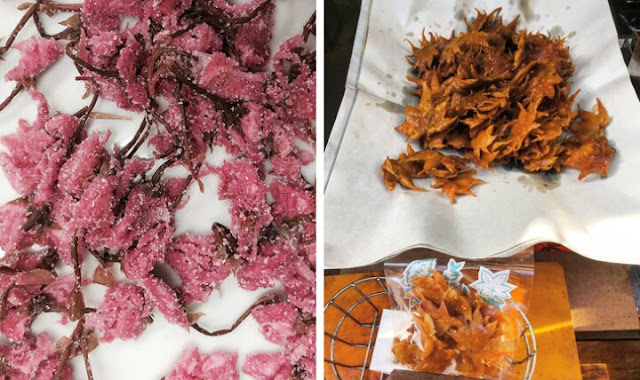 In Japan, the seasons are
constantly changing and each of them is connected with a belief or a tradition
that is connected with a plant or a tree. During certain time periods, people
give each other sunflowers or persimmons. And these and many other unusual
products can actually be eaten.
There are several ways to eat
sakura. Its leaves are used as wrappings for brownies, petals are used to make
tea, and sugared sakura flowers turn into awesome treats.


In autumn, people
“harvest” maple leaves, fry them in crispy breadcrumbs, and sell them right in
the streets. 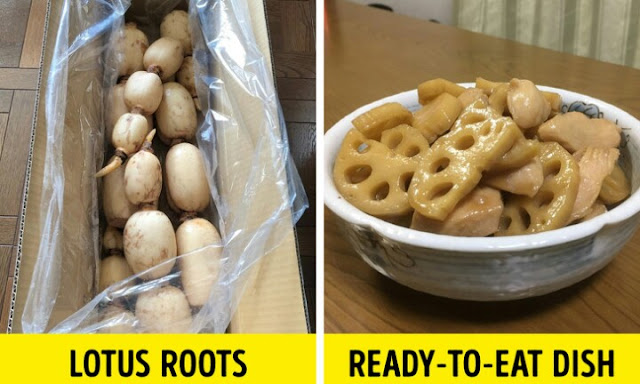 But we think the most surprising dish is lotus roots that are
considered to be vegetables. They can be boiled, fried, stewed, and even
stuffed with miso paste, mustard, and honey. 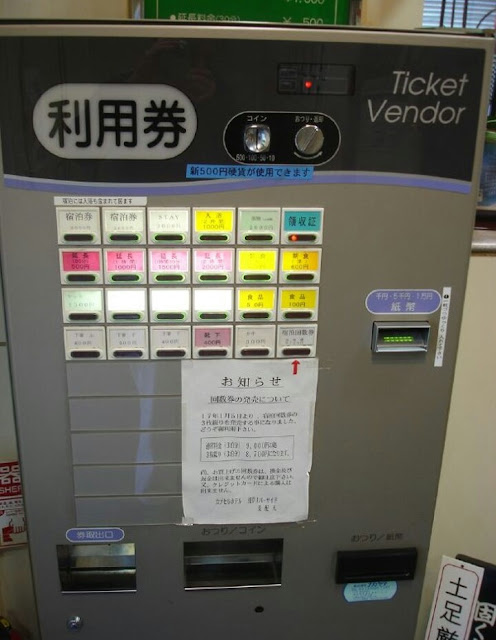 Customers have the opportunity
to access their rooms any time they need them and the receptionist doesn’t deal
with payments. Initially, these machines were installed in dating hotels, but
today, they’re used in many hostels, capsule hotels, and inexpensive hotels.
A
giant toothbrush for house cleaning 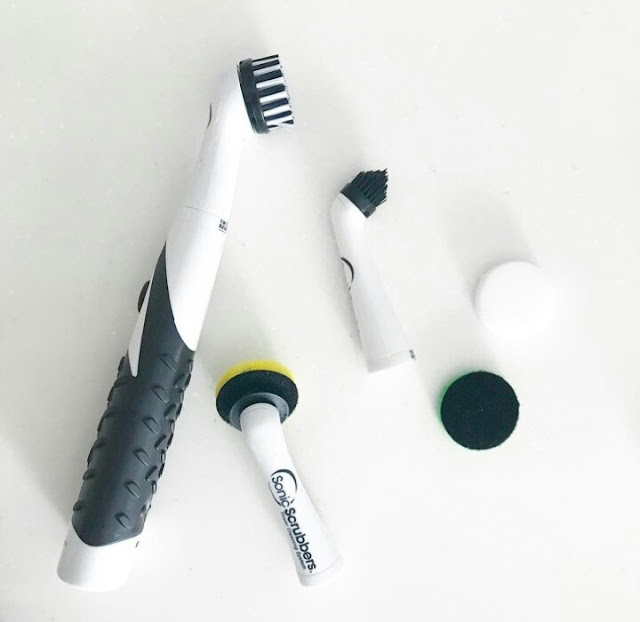 Have you ever heard about a
melamine sponge that removes all stains without any detergents? Now imagine
that it’s just one of the nozzles attached to a device that works like an
electric toothbrush, spinning at around 8,000 revolutions per minute. You don’t
have to put forth any effort, you just gently rub the stain until it vanishes.
By the way, you’ll only need a bar of soap and that’s it.
There
may be more than 24 hours.
The schedule shows this
place’s working hours.
Parents
buy safe and ecologically clean toys instead of plastic and potentially toxic
ones. 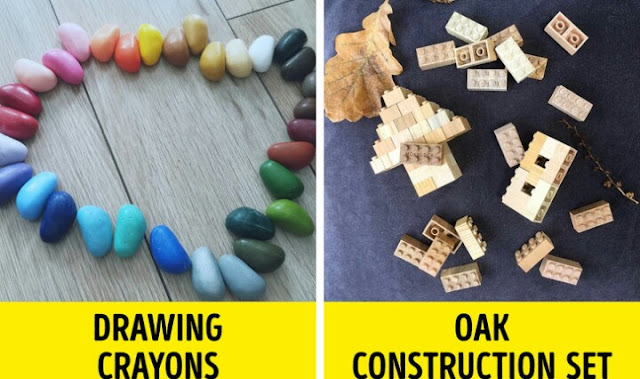 Drawing crayons are the first
tools babies draw with. They are made of soy wax, colored with natural
pigments, and safe for children 2 and up. These crayons don’t crumble, don’t
leave stains on clothing, and don’t crack if you drop them. What’s more, they
help children develop their fine motor skills and teach them to hold writing
implements.
Construction sets are also
made from wood, not plastic. Mokulock, Japanese blocks, are made from wood and
contain no glue or paint. They’re ecologically clean and harmless.
Wet
umbrellas are put in special cases that absorb moisture. 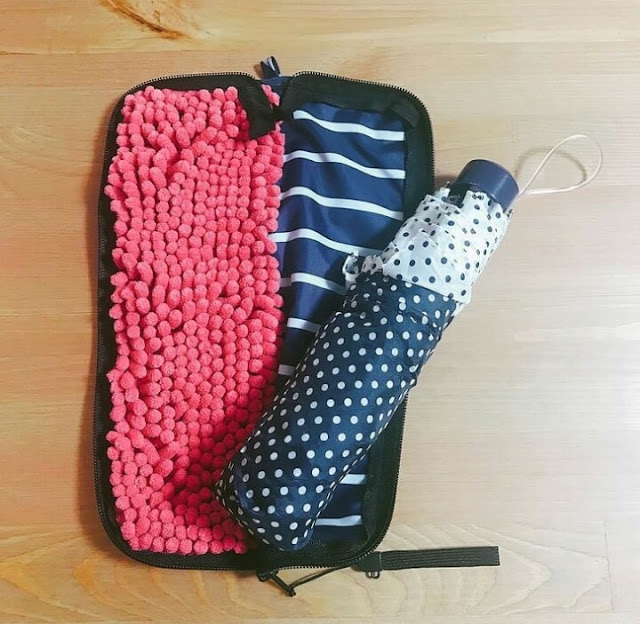 In the past, Japanese people
used plastic cases but today, they prefer reusable ones that dry their
umbrellas in a few minutes.
Free toilet paper and printed
information for those who like to spend some time in the toilet.

If you participate in a waste
paper delivery program, you receive free toilet paper each month.
Some companies that are
interested in recycling and print English learning life hacks right on the
toilet paper. They also print recommendations for those who want to climb Mount
Fuji, so that you have something to read while spending time in the bathroom.
Jackets
with shoulder straps 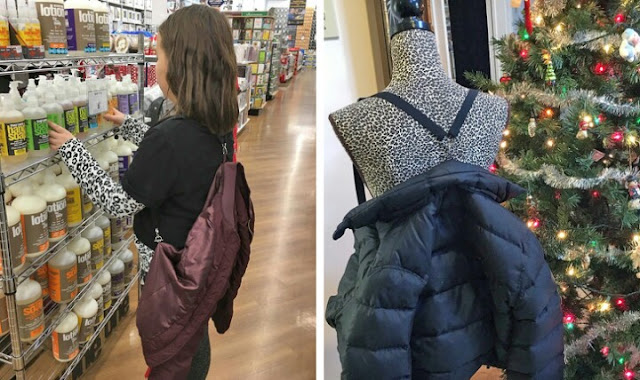 If you want to take your
jacket off while shopping in the winter, you only have to get your hands out of
the sleeves: your jacket will turn into an unusual backpack and there will be
no need for you to carry it in your hands.
Shower
nozzles with tablets that remove chlorine from water and turn your home into a
spa 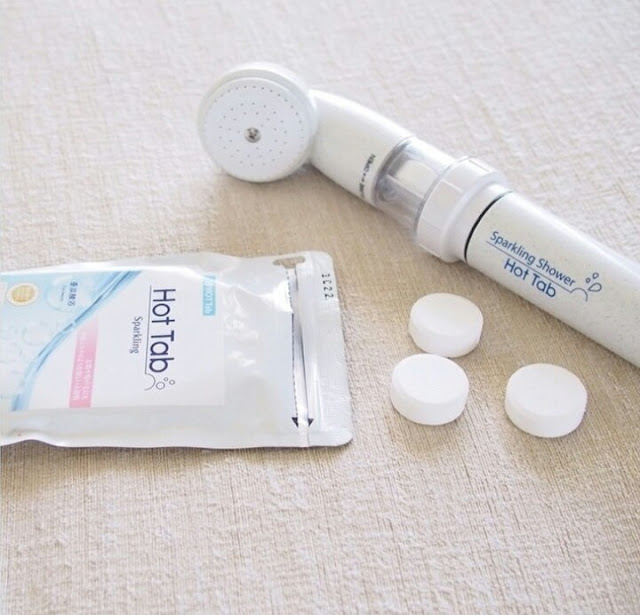 These tablets are made from
baking soda and citric acid and they’re used to remove the chlorine that’s
contained in water: you just have to put some tablets into your bathtub. After
this addition, your hair and skin will become healthier.
There’s also a special shower
nozzle that turns into a filter: while filtering through the nozzle with a
tablet the water gets clean and thus, you have a skin and hair spa at home.
Inflatable
bathtubs and pillows for kids 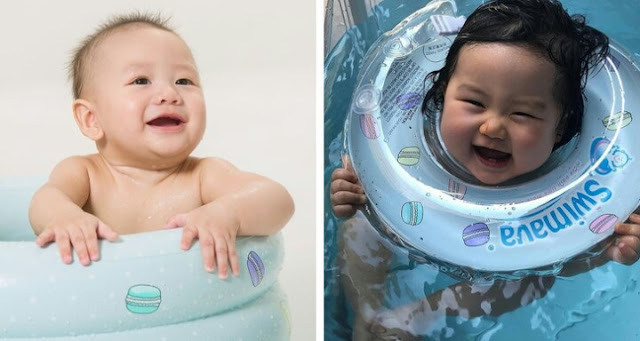 You can get an inflatable
bathtub instead of a plastic one and they’re pretty cheap, easy to store, and
babies feel comfy in them. Here’s another option: an inflatable pillow for the
neck that allows you to bathe your baby in an ordinary bathtub.
Which fact do you like the
most? Are there any things you think are useless?
SOURCE:
BRIGHT SIDE