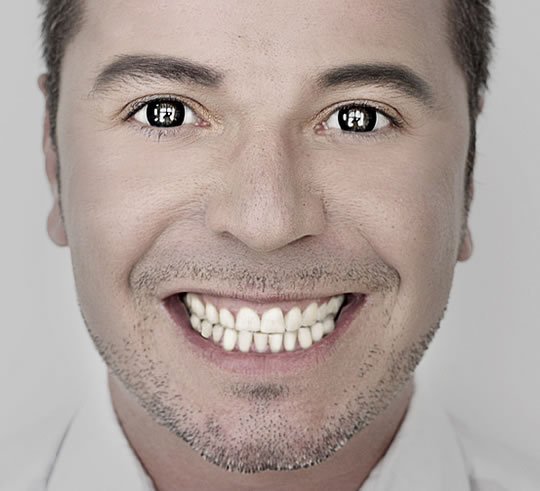 Fake smile? Here’s how to avoid four hurdles on the road to happiness.

Healthy people want to be happy.
And there’s little doubt about all the benefits of positive emotions. Amongst other things, they make us more sociable, allow us to think more flexibly and they’re associated with better physical and psychological health.

It’s little wonder that pursuing happiness has become a modern obsession, an obsession that psychologists have mostly encouraged (see: 10 Easy Activities Science Has Proven Will Make You Happier Today).
But, like any emotion, it has it’s time and place. Happiness comes and goes with the ups and downs of everyday life and too much emphasis on being happy all the time can be a problem.

Yale University’s Dr June Gruber has spent years researching happiness and has found that sometimes, at the extremes, the search for happiness can go wrong. But where are those extremes?

Gruber and her colleagues have looked at positive and negative emotions in particular and identified four dark sides to the pursuit of happiness (Gruber et al., 2013), each of which shows that sometimes the pursuit of pure happiness can go wrong:

It might seem crazy to talk about ‘too much’ happiness, but, like gorging on chocolate, you can have too much of a good thing.

Along with overall life satisfaction, happiness is about the balance between positive and negative emotions that you experience every day. To thrive, we need both the positive and the negative.

It’s an interesting observation that we have a name for some of the people who don’t experience negative emotions: we call them psychopaths.

That’s not to say that anyone who is too happy is a psychopath, but there are interesting parallels.

There are also interesting parallels between the experience of too much positive emotion and mania. Manic people sometimes go into happiness overdrive—taking all kinds of risks in their exuberance—with disastrous consequences for their professional and social lives.

Even putting aside those with personality disorders, there’s evidence that being too happy can lead to important negative outcomes.

Negative emotions provide us with all kinds of important signals: that we are breaking society’s rules, that we are in danger or that the risks we are taking are too big. Without these warning signals we’d get ourselves into a lot more trouble.

In other words: unpleasant as they are, we occasionally need to feel bad. It’s part of our very being.

If we need our bad feelings sometimes, then when?

So, happiness is a wonderful feeling, but isn’t always the appropriate and most effective response to a situation. Sometimes negative emotions turn out to be much more useful.

It’s one of the great ironies of life that sometimes the more you pursue happiness, the further away it gets.

And this is backed up by some studies showing that when people make a special effort to make themselves happy, they actually feel less happy as a result.
One study in which people tried to force themselves to be happy while listening to a piece of music found that they were less happy than those who just listened without making any special effort.

Part of the problem is feeling disappointment with our own feelings. If I specifically try to feel happier, and it doesn’t work, it is particularly disappointing, and makes me feel worse than if I just let the emotions come as they will.

None of this means that pursuing happiness is a waste of time—it just has to be done in the right way. As June Gruber puts it:

“Pursuing happiness may lead to positive outcomes if people are given the right tools to do so. Tools that may lead to lasting increases in happiness and well-being include flexible and adaptive emotion regulatory abilities, greater awareness of what will make oneself happy, and engagement in happiness-enhancing activities rather than directly pursuing happiness.”

Well, not quite. Take the simple example of flying off on your holidays: there’s excitement, expectation, a strong feeling of wanting to get started. You can’t wait to get there and start exploring. This is happiness that’s all about arousal and feeling excited.

Then there’s the sort of happiness when you are sitting in the garden after a hard day’s work and a good meal. You feel satisfied and content. The sun is setting, the trees are rustling; there’s the distant sound of relaxed laughter. This type of happiness is all about calmness, relaxation and the feeling of a job well done.

Set against these ‘good’ types of happiness, here are a couple of examples of the wrong type:
June Gruber summarises it like this:

“Types of happiness that engender negative social consequences or that are in conflict with a culture’s norms do not appear to have exclusively positive long-term effects and may even have negative effects.”

Instead life should be about having a sense of purpose that is personally meaningful, about developing strong relationships with others and about giving and receiving support.
Happiness is likely to come along the way to these more long-term goals and not by the pursuit of pleasure on its own.