See
if you could pull these off

Written
by Emilie Allen
[Feature
image by Mahita Gajanan]
From the ’90s to now, these
are some memorably absurd outfits that somehow pulled off a flawless execution.
Maybe it’s the confidence with which they were worn; maybe it’s the killer
style and swag that balanced out the insanity. Whatever it is, it’s time to
give credit where credit is due and pay homage to these divergent thinkers.
Outrageous
Suit: All Denim Baby 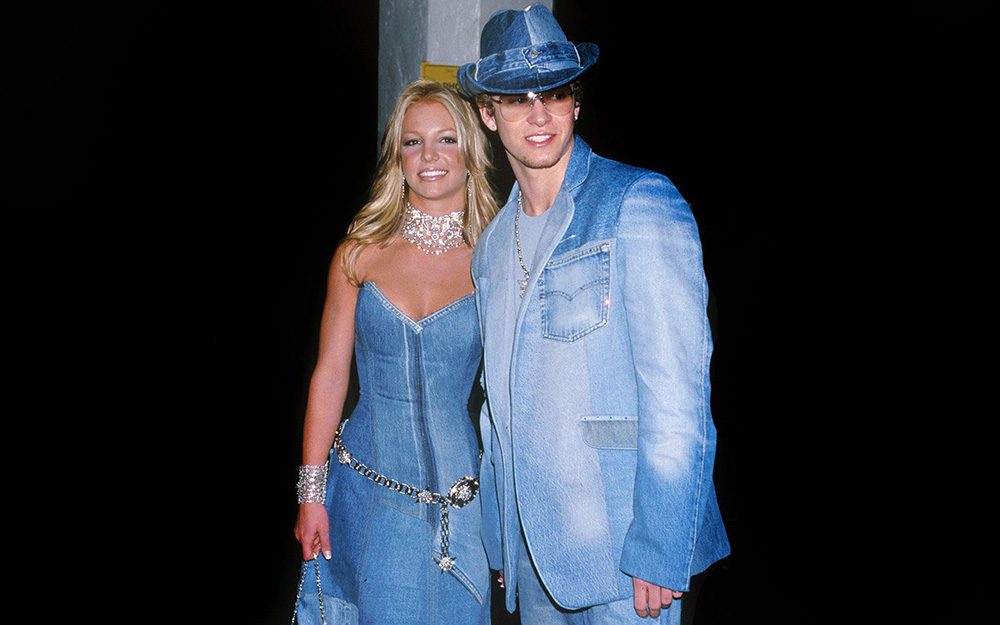 Who: Justin Timberlake
Where: American Music Awards
When:
2001
What makes this suit
ridiculous: Denim will always be a staple. But there’s such thing as too much
of a good thing, and to say that’s what’s happening here would be an
understatement. Timberlake had a lot working against him with this outfit, but
he managed to pull off the Canadian tuxedo in a pretty iconic way.
If you’re unfamiliar with the
legend, ’50s jazz artist Bing Crosby was (almost) denied access to an upscale
Canadian hotel because of his all-denim outfit. When Levis heard about this,
they made him a special denim tuxedo. Decades later, Timberlake rocks the DGAF
look at the AMAs, and 20 years after that, we’re apparently still talking about
it.
Why this works: Who are we
kidding? Justin and Britney knew exactly what they were doing. Every detail of
their outfits was planned, from the Wild West silver jewelry to the denim
cowboy hat. Ridiculous, yes… but kind of cool.
Outrageous
Suit: Sequin It Up 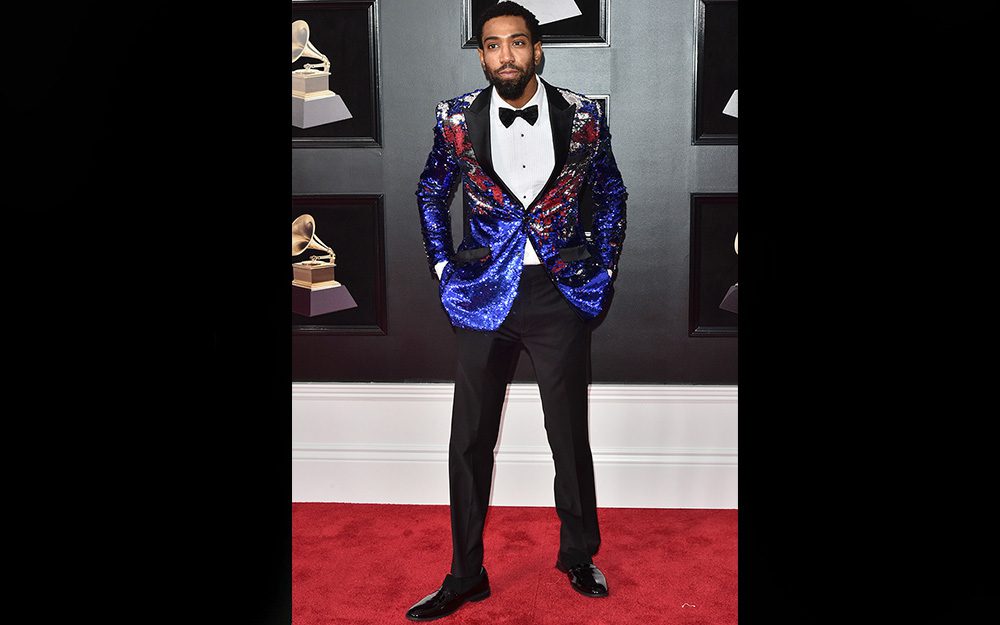 Who: Camryn Howard
Where:
60th Grammy Awards
When: 2018
What makes this suit
ridiculous: This is just extra. He clearly went in with the goal of catching as
many second glances as possible, and this jacket is certainly worthy of a
double-take. Any man who shows up to a red carpet event in a sequin jacket
deserves all the attention he commands.
Why this works: He’s playing
this right by keeping the rest of the outfit understated. Howard lets his
blazer take center stage, pairing it with simple black and white. He’s a little
extra, but he’s not obnoxious.
Outrageous
Suit: Jack of All Suits 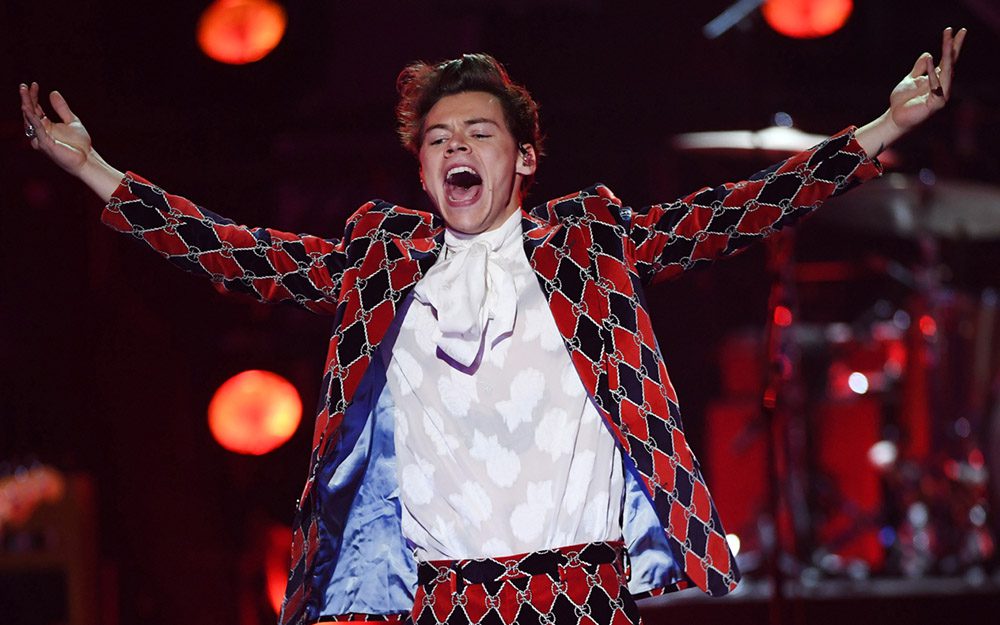 Who: Harry Styles
Where: iHeart Radio Music Festival
When: 2017
What makes this suit
ridiculous: With that gregarious charm, Harry’s never met a suit he couldn’t
pull off. This one, in particular, is giving off mad Mad Hatter vibes, but
Wonderland never looked better.
Why this works: This works for
no reason other than, it’s Harry Styles. Also, the pattern matching doesn’t
hurt. You can’t wear a boring plain white shirt with a suit like that. Styles
went with a printed shirt and stylized collar, but he didn’t overdo it with
clashing colors and patterns.
This outfit should serve as a
lesson on the beauty of dressing for your personality.
Outrageous
Suit: Leather Lovers 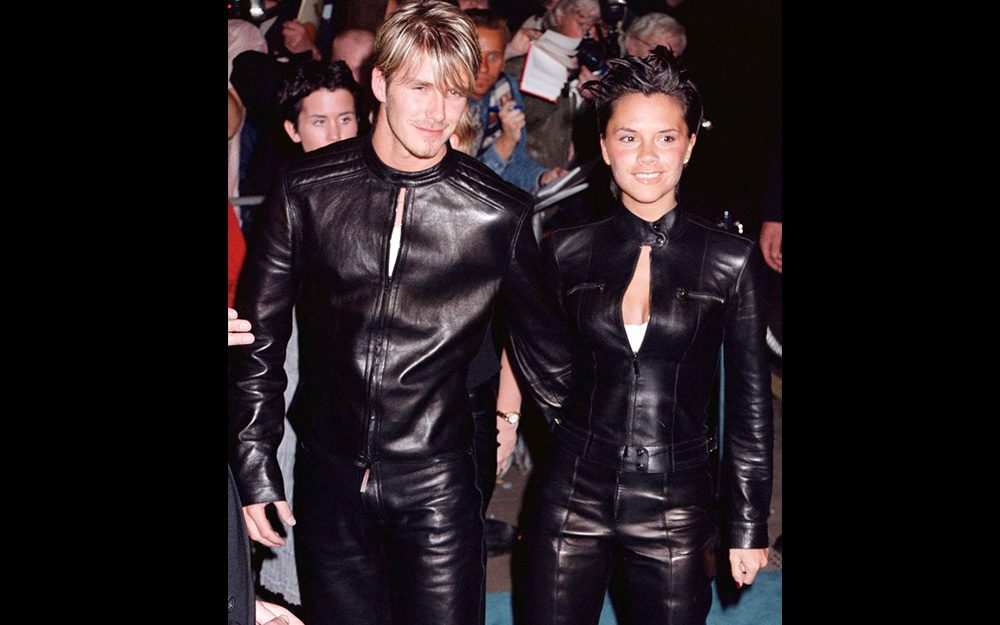 Who: David Beckham
Where: His Wedding
When: 1999

What makes this suit
ridiculous: The audacity it takes to wear black leather suits as a power couple
groom and bride is almost unbelievable. We have no choice but to give them
props, no matter how outrageous this look may be.
Why this works: It’s his
wedding, he can wear black leather if he wants to. In all seriousness, this
look is somewhat refined. It’s unapologetically bold, sleek, and well-cut. Fit
for a star athlete and his popstar wife.
Outrageous
Suit: Sparkling Hero 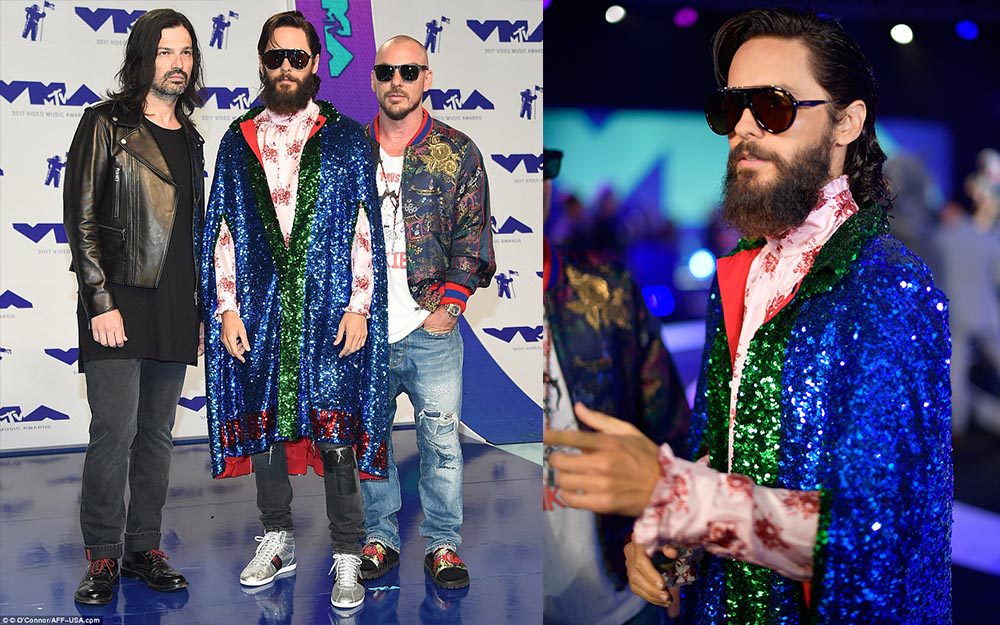 Who: Jared Leto
Where: MTV Video Music Awards
When:
2017

What makes this suit
ridiculous: A better question would be, “what about this isn’t ridiculous?”
This look is your 80-year-old grandmother meeting a decked out holiday tree
meeting Robin Thicke. But for some inexplicable reason, it kind of slays.

Why this works: After much
contemplation and discussion, the answer is still unclear.
SOURCE:
THE GENTLEMANUAL