Wear them while you’re waiting
for the ground to thaw 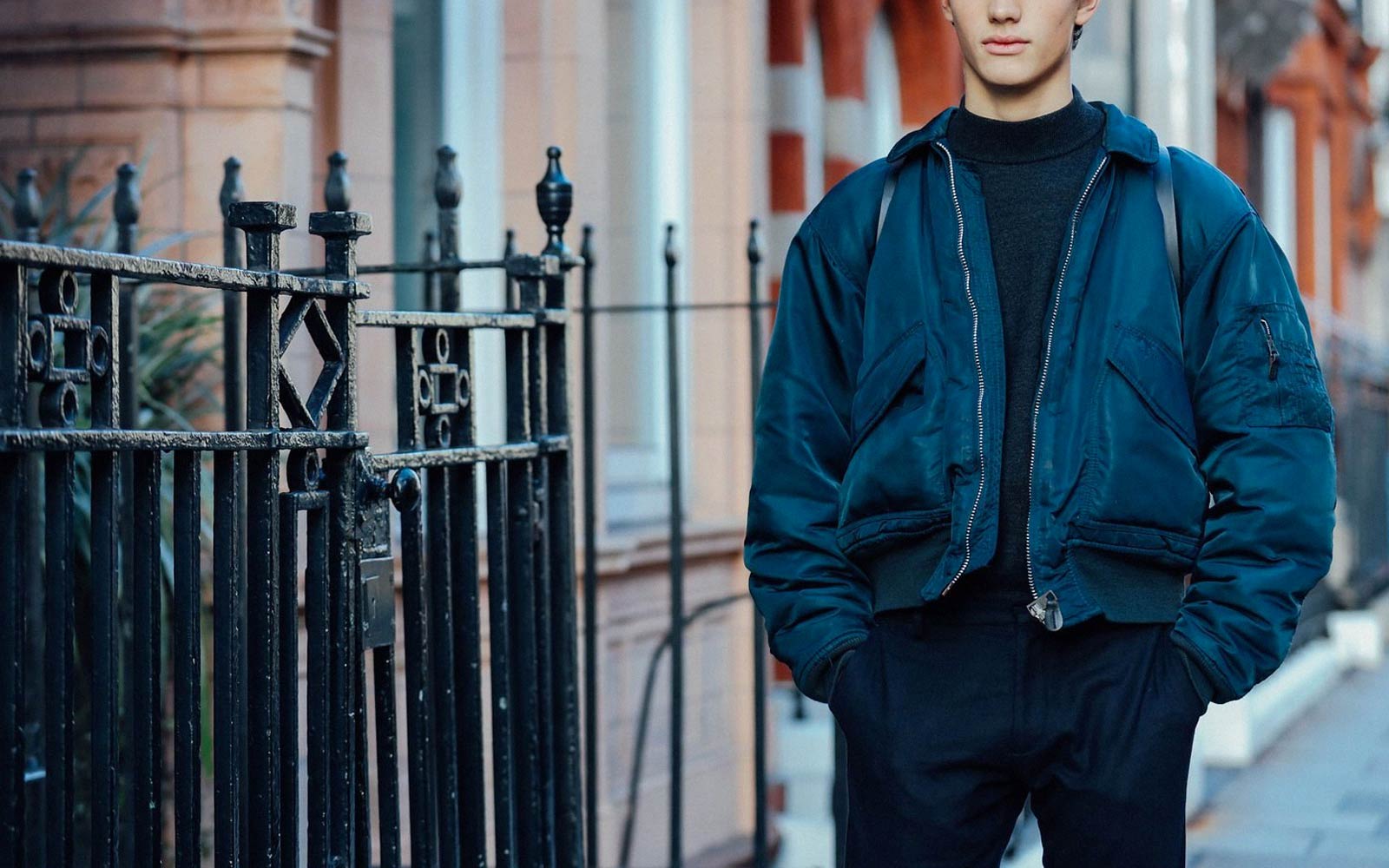 Written
by Jacob Sigala
Spring is just about upon us,
folks. As the seasons transition, clouds might start giving way to sunny days,
but the cold will still lurk for a while. However, we think that’s a good
thing. It means we have a chance to continue layering for at least a couple
more months. Cue the bomber jacket. The bomber, or “flight” jacket, was
initially designed for pilots during World War I. Airplanes at the time did not
have enclosed cockpits, so pilots needed heavy protection from the elements.
Because of this, the initial version of a bomber jacket was made of thick
leather, lined with fur, and featured snug grips at the cuffs, neck, and
waist.  Obviously, though, over time
airplane technology evolved, closed cockpits became the standard, and garment
technology evolved along with it. Pilots no longer needed a heavy leather
jacket. Instead, they needed something that would work across all types of
weather, and simultaneously give them the freedom and mobility they needed in
the now-tighter cockpits. The updated version of the flight jacket abandoned
straps, leather, and fur lining. In place of leather, nylon was used. This made
it so the jacket would insulate in cold weather when the zipper was closed, but
allowed it to be wearable in warmer conditions when the zipper was open. Thus,
it became the perfect year-round jacket. Civilians took note of this, and it
became the wardrobe staple that it is today. This jacket isn’t only extremely
functional, it also looks ridiculously cool (have you all seen Top Gun?). With
function and style in mind, we’ve compiled a list of bomber jackets fit for the
season ahead.
L-2B
Scout Bomber Jacket, Alpha Industries 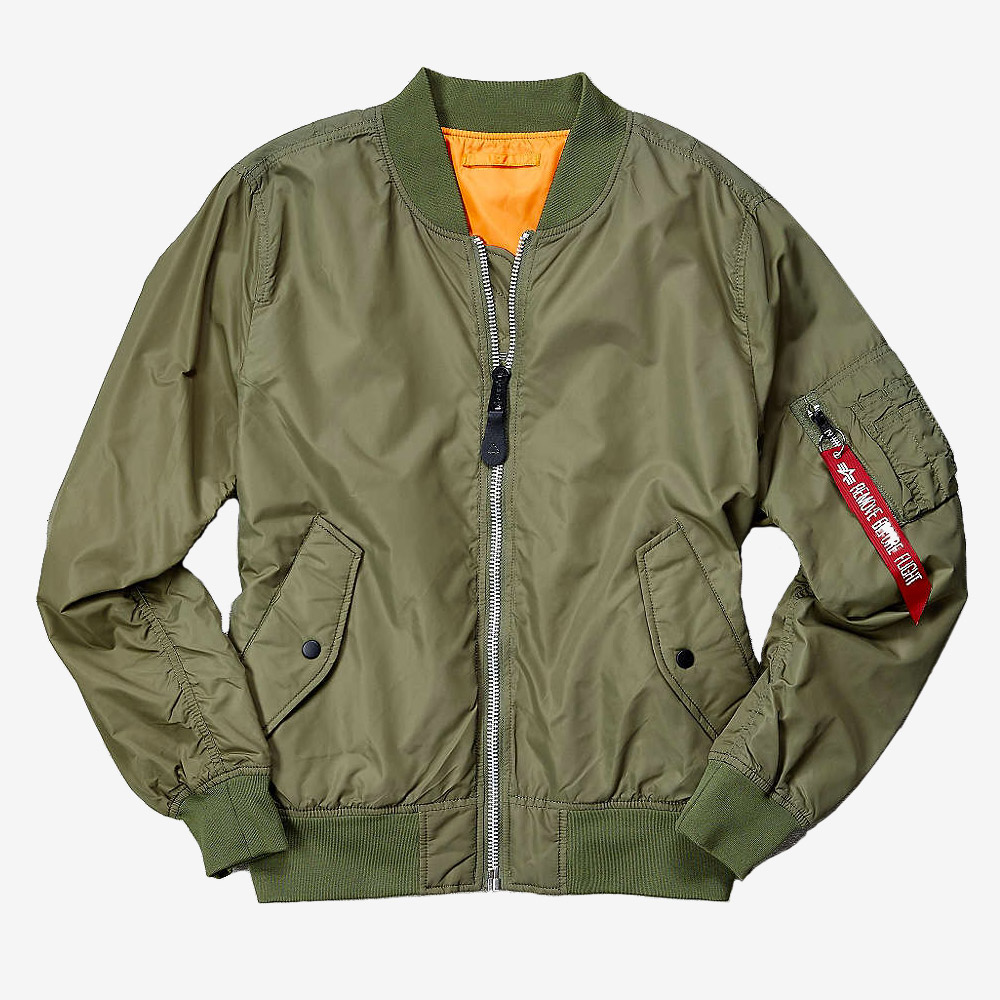 Alpha Industries makes one of
the most coveted bomber jackets out there. Their design is based right off of
the 1950’s U.S Air Force flight jacket. They should know, it’s their design! Th
jacket is made of a light nylon and manufactured right here in the USA.
Navy
Bomber Jacket, Banana Republic 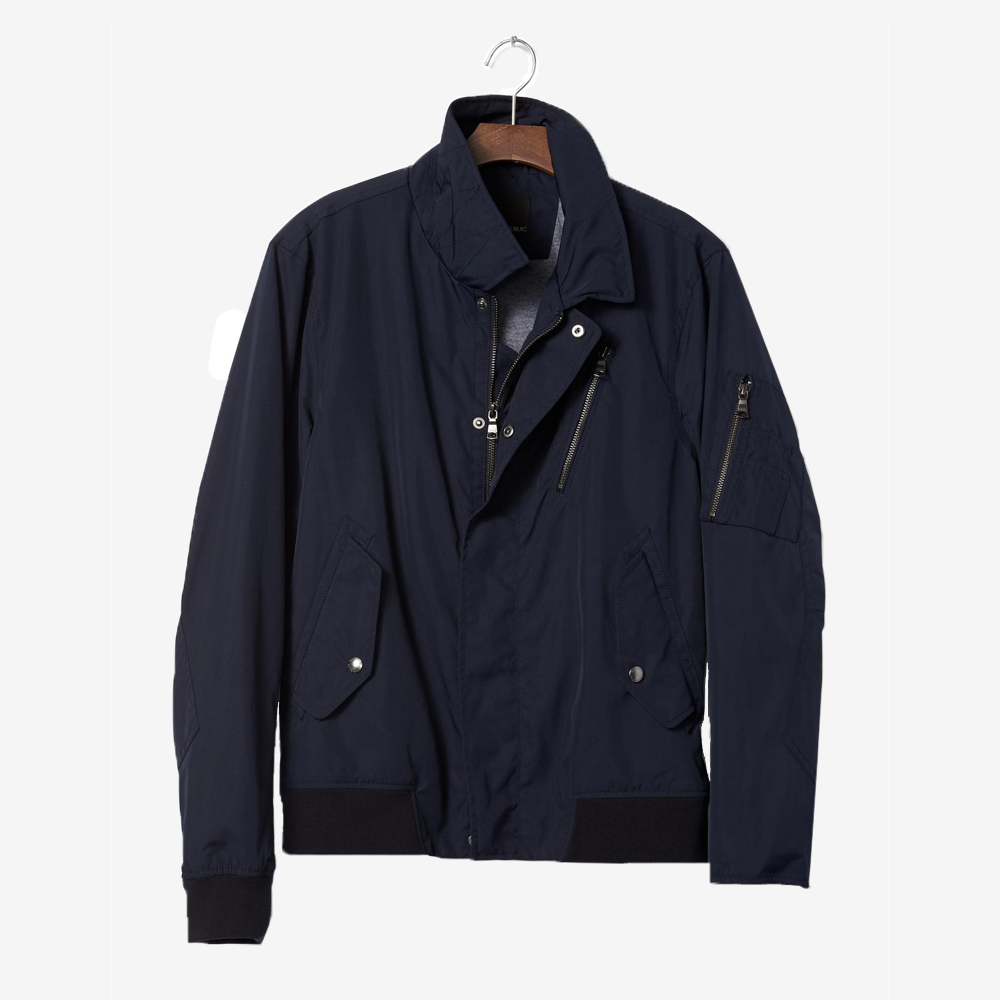 Banana Republic took the
original bomber jacket, replaced the leather, and added snap closures. The
color and styling of this jacket make it a classic transitional piece, so you
can take it from the office to dinner with ease.
Black
Cotton Bomber Jacket, TOPMAN 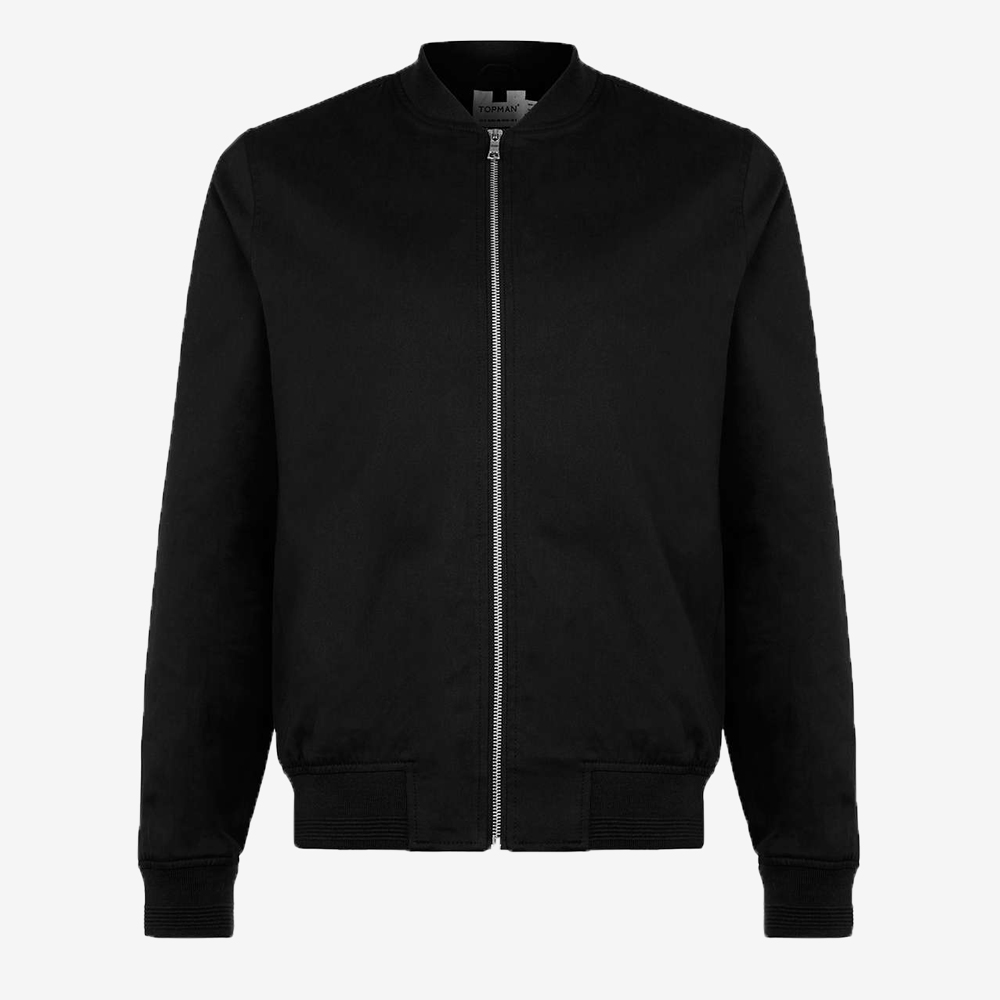 This is the most minimalistic
of the bunch. It features welt pockets in place of flaps and foregoes the arm
zipper. Its simple design makes it easy to throw over basically any outfit for
easy style points.
Canvas
Bomber Jacket, GAP 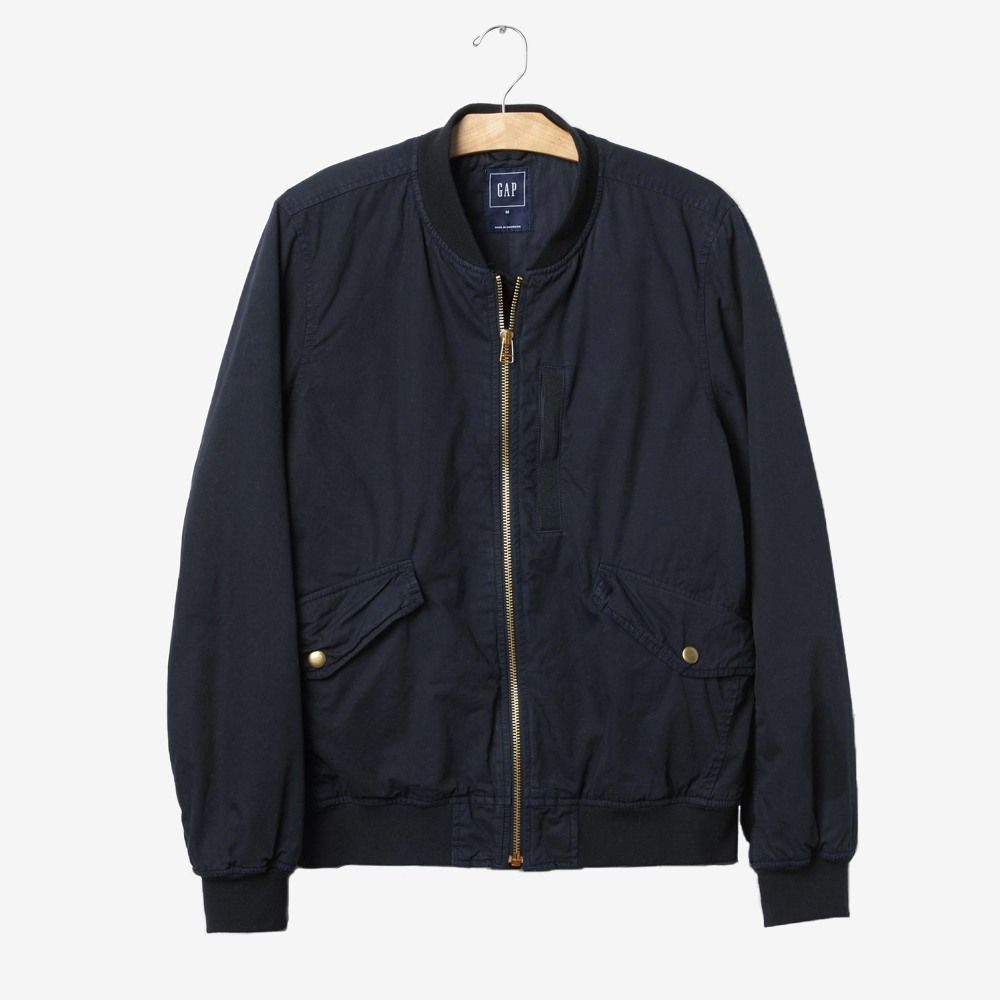 The cotton canvas on this
piece makes for a rugged and worn look. Pair this up with your favorite pair of
jeans and a nice v-neck for a no fuss ensemble.
Hype
MA1 Bomber Jacket, Asos 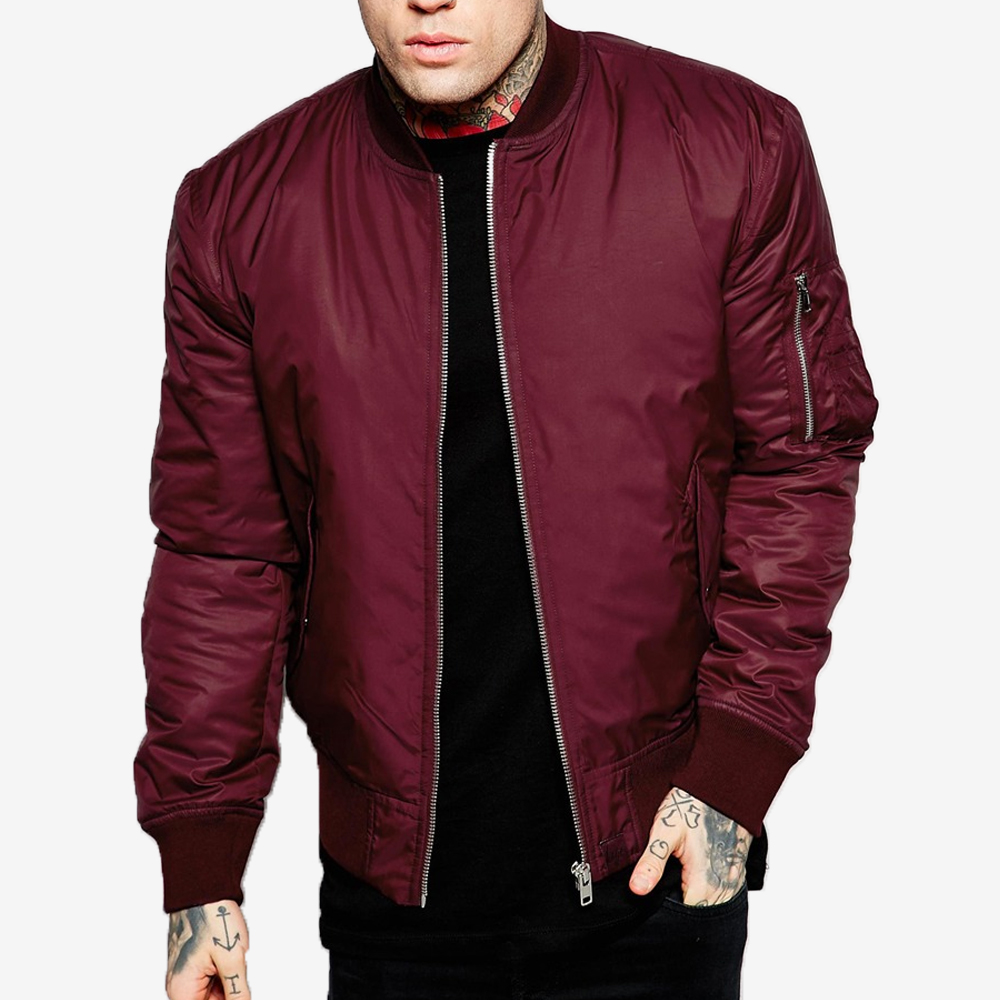 If you’re looking to add a pop
of color, this is the bomber for you. As a bonus, the jacket comes complete
withquilted lining, so it offers added insulation.
Bomber
Style Jacket, Zara 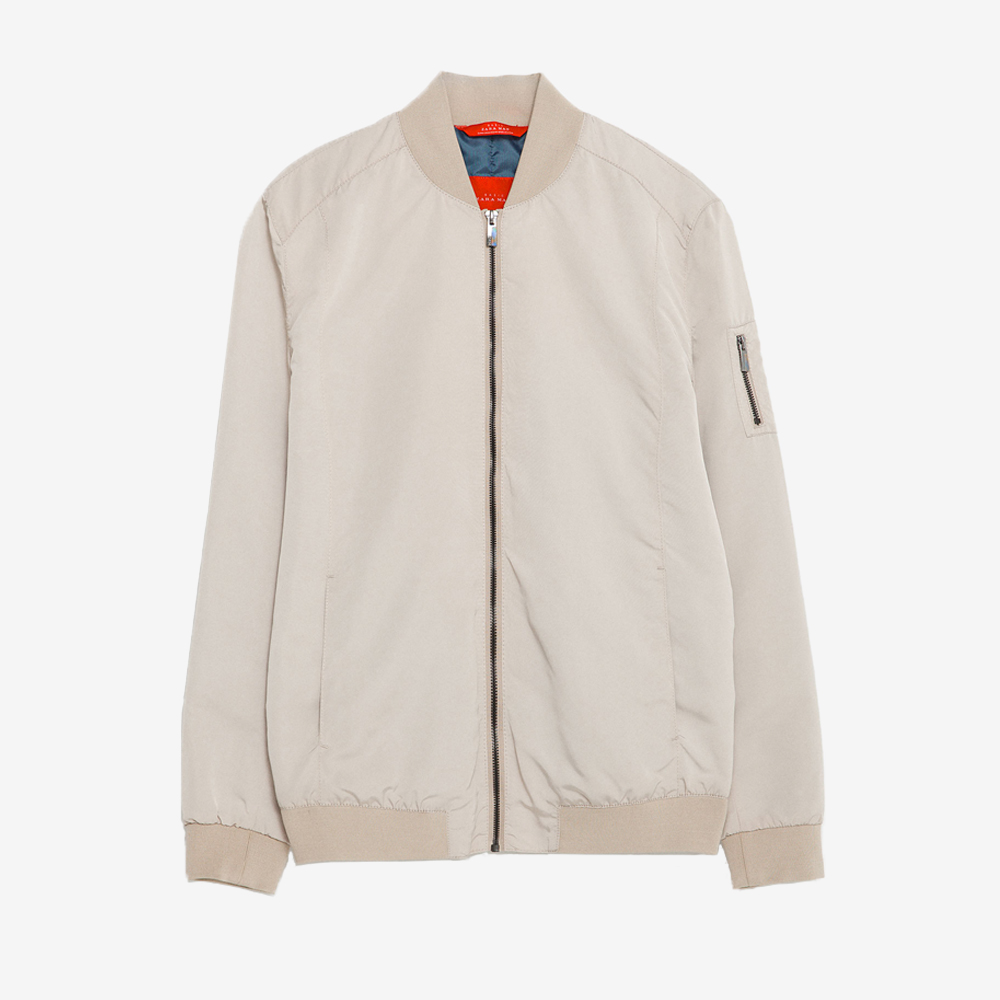 Another minimalistic take on
the bomber jacket. Given the color, your outfit options are more limited, but
it will make for very unique color combinations. Just make sure not to spill on
it!
Suede
Bomber Jacket, CPO 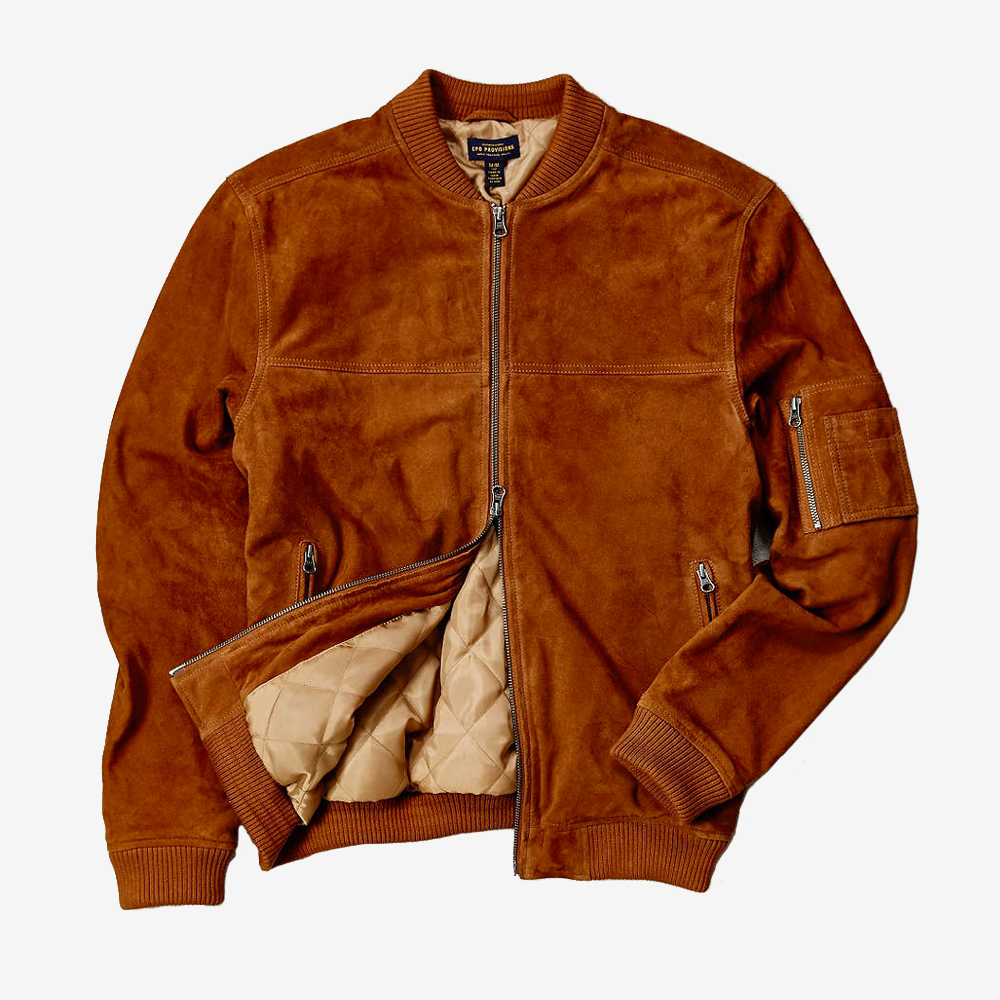 This one is for cold days
without rain… unless you don’t mind getting suede wet (and you should mind!).
This combination of unique fabric and color will surely make you stand out from
a crowd.
Navy
G-1 Leather Flight Bomber, Landing Leathers 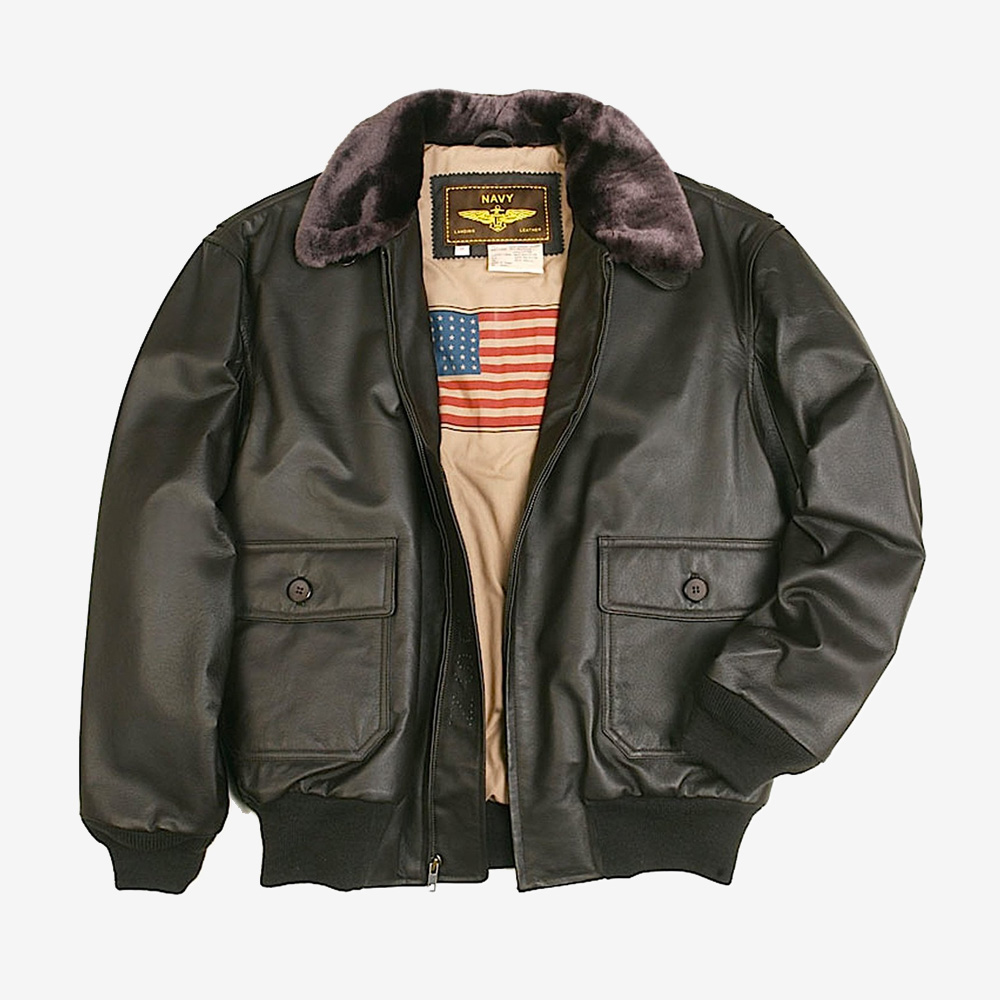 You won’t want to take this
one out unless it’s freezing out, but we couldn’t disregard the original
jacket. This is the jacket that all bomber jackets are based on. Will it work
with your outfit? It’s too cool not to.
Jacob
Sigala
SOURCE:
THE GENTLEMANUAL