Estonia is a country on the
Baltic sea with a population of only 1.3 million people. Despite its small
population, this country can be called one of the most innovative in the world.
For example, to participate in elections there, it’s enough to just do it over
the internet by using an electronic ID card and children learn programming in
elementary school.
Bright Side would like to tell
you why Estonia can be called a true country of the future.
Programming
at school

In 2012 Estonia launched a
pilot project to teach children computer programming from Grades 1 through 12.
Twenty schools participate in this project. From the age of 6, children begin
to learn math and logic to apply their knowledge in a Scratch visual
programming environment.
Electronic
passports

Since 2002, Estonia began to
distribute electronic IDs. They look like a card and they verify the individual
identity in both real and digital environments. There is information about the
citizen built into its chip, and an electronic signature which is legally equal
to a manual one. One can attach different documents to the card and, when
travelling within EU, it works as a foreign passport as well.
Voting
without leaving home

Since 2005, when municipal
elections took place in Estonia, citizens of the country have been able to vote
for one candidate or another via the internet by verifying their identity with
an electronic signature from their ID card. Estonia was the first country that
established an electronic voting system for parliamentary elections in 2007.
During the elections for the European Parliament, 31% of Estonians voted
through this system.
Free
public transport 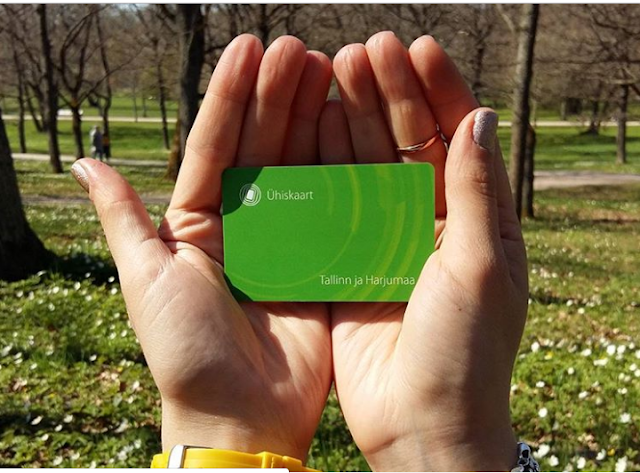 In 2013, Tallinn became the
first city in the world where all public transport became free for everyone.
The authority came out with this solution to move the citizens from their cars
to buses and trolleybuses. Before eliminating transport charges, a referendum
was held where 3/4 of the city population voted for free public transport. A
year later, Tallinn authorities announced that due to the program, traffic
intensity on the main streets of the city was significantly reduced.
The
country of start-ups

According to recent data,
Estonia ranks third in Europe regarding the highest number of start-ups per
capita: there are 31 start-ups per 100,000 residents.
The country created favorable
conditions for start-ups. New business registration lasts for 15 minutes only,
and there is no corporate income tax on retained earnings.
Internet
is available everywhere.

Can you imagine connecting to
the internet while deep in the woods? It’s possible in Estonia. You can get
connected to free Wi-Fi in the majority of hotels and public places like parks,
alleys, cafes, restaurants, railway stations, airports, and even beaches.
Anyone
can become a resident of Estonia.

Anyone can become an
e-resident of Estonia without much effort. This provides others the opportunity
to open a business there without visiting the country, to manage your company
while traveling, to sign your documents, and to declare taxes. All you have to do
is apply online. E-residency is especially advantageous for businessmen because
they have to pay taxes only on assets moved out of the country.
Those businessmen who live
outside EU gain a great opportunity to establish new business in Estonia and
therefore open pathways to the EU. If you would like to become an e-resident,
you can apply here.
A
lot of time is saved thanks to technology.

Nowadays, 4,000 types of
services are available electronically in Estonia — from taxes declaration to a
deforestation request. In about 20 minutes, any Estonian can open a new company
with their ID card and thanks to this system, people don’t need to wait in
lines, collect papers, documents, signatures, or stamps. They can spend this
saved time on their family and loved ones.
Which fact about Estonia did
you find the most surprising? Tell us in the comments below.
SOURCE:
BRIGHTSIDE