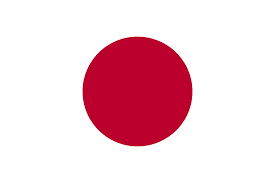 If you dream of visiting Japan, then you probably know that in this country things are really different from what you may be used to. Of course, this could be said about almost any country but Japan is still pretty special.

For example, here, you can get a wide range of services at any time of day and night in a regular grocery store but you may not be allowed to visit a sauna if you have tattoos. In Japan, there are a lot of rules but the most important one is to cause no trouble for other people.

Bright Side has collected several useful tips that can be useful for anyone who is going to visit Japan. 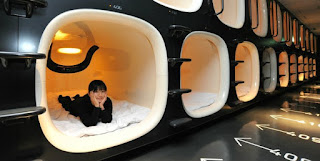 As you probably know, regular hotels in Japan are extremely expensive and staying in a hostel room with people you don’t know is not for everyone. So, unless you are claustrophobic, there is a way
out — capsule hotels. They are relatively cheap but still private enough. And they look super-futuristic! 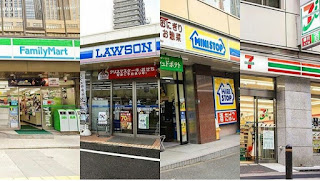 Konbinis are small 24/7 stores that are everywhere. You can buy a lot of different things there including cooked food and other products and services. You can easily recognize these stores by their signboards: they are usually part of 7-Eleven, Family Mart, Ministop and Lawson.

Unlike many regular stores, konbinis not only sell basic products but they also allow you to have a photocopy made, send or receive a package, pay bills, or buy a plane or concert ticket.
It’s really nice that such stores will happily heat the food you buy there (by the way, the quality

is amazing) and also give you spices and napkins for free. And if you’re just walking on the street and suddenly need a bathroom, you can use a toilet in konbinis that are always free and clean. 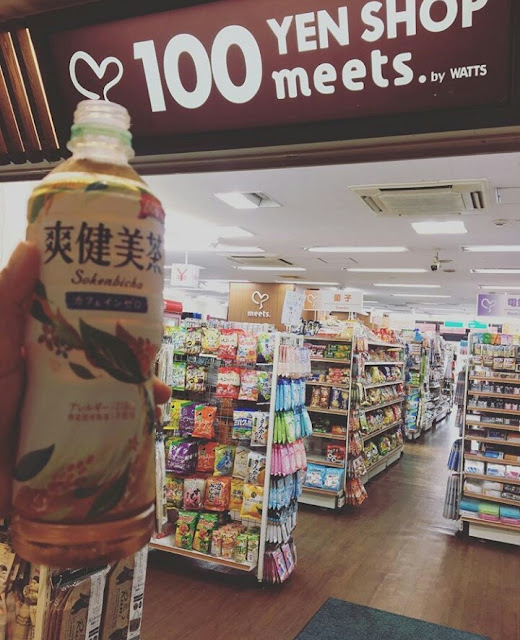 There is another type of store where you can find a wide range of goods for only 100 yen (which is just a little more than $1 including tax). You can buy snacks, detergents, cosmetics, toys, clothes, shoes, souvenirs and tons of other things.

The quality is incredibly high considering the price. It is not surprising that 100-yen stores are really popular among foreign students and tourists with a limited budget because it’s a great way to save money on very basic things.

5. When buying things, don’t forget about the tax. 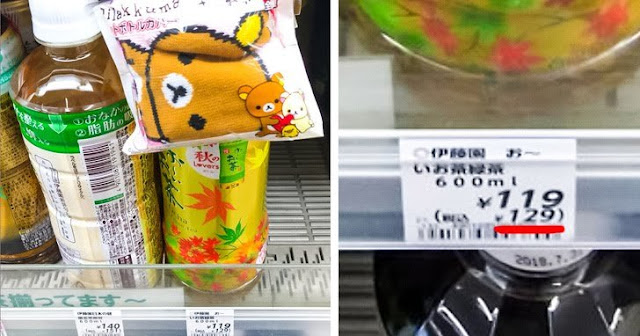 When buying something in Japan, you should remember that the price may not include the tax which is currently 8% (in 2019 it will be raised to 10%). So, be careful in order to avoid a misunderstanding when paying the bill in a restaurant, for example.

But if you spent more than 5,000 yen on purchases (excluding the tax), you canreturn the tax. Besides, in Japan, there are plenty of tax-free shops. You can find their locations here.

Some manufacturers often present some small souvenirs to convince a buyer to purchase their product. You can see such souvenirs in the photo above — it is attached to a bottle of tea.

4. Be ready to take off your shoes before entering a house, a temple, and other places. 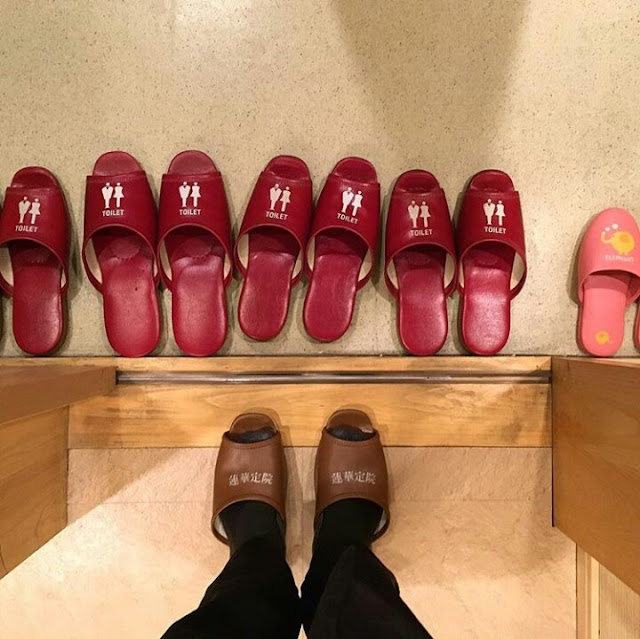 Japanese people think that the space outside the house is really dirty so you should always take your shoes off before you enter someone’s house. The same goes for some other places: traditional Japanese hotels, temples, community centers, schools, and some restaurants. If you are going to visit somewhere for the first time, make sure to see if there are signs requiring you to take your shoes off.

In Japan, there is a special kind of shoe for visiting the bathroom because it’s considered to be dirty unlike the rest of the house. Additionally, they won’t let you inside a temple if you are wearing your own shoes, but going barefoot is also prohibited, so get a pair of socks.

3. If you plan to spend a long time in Japan, get an “emergency pack” in case you encounter really bad weather. 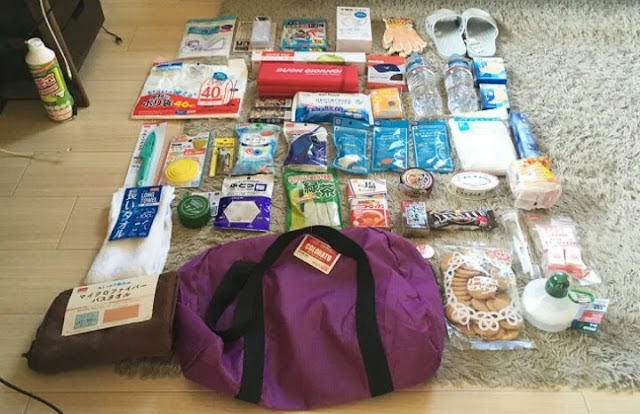 If you’re going to visit this country, you should think about getting ready for natural disasters like hurricanes and earthquakes. Many Japanese people have an emergency kit in case something like this happens. You can see it in the photo above.

The emergency kit includes some cleaning products, food, and other necessities. Of course, we hope you won’t need any of these things but still, it’s worth knowing such information.

2. In every neighborhood, there are 24/7 police stations called KOBAN where any tourist can get help. 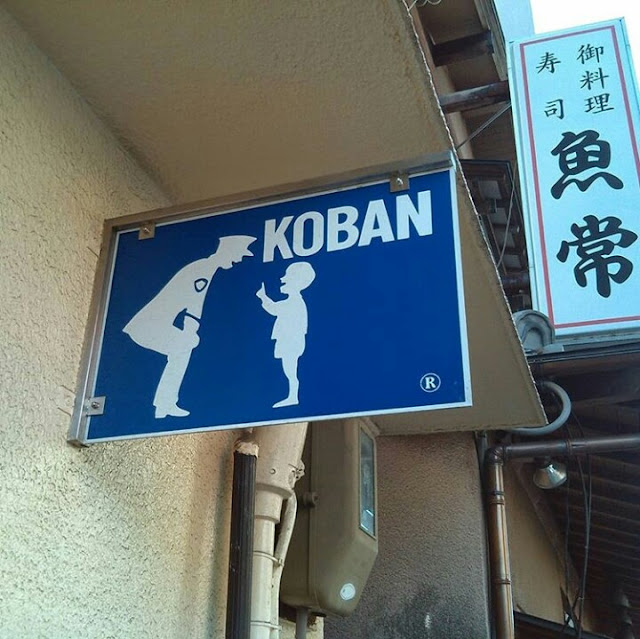 More than 100 years ago in Tokyo, and then in the rest of Japan, a system of police stations was created called KOBAN. Since 1990, this word has been written in capital letters — KOBAN. The responsibilities of these policemen go far beyond keeping things in order.

Aside from preventing crime, the policemen also help people looking for certain places and transport those who are drunk back to their homes. They also return lost things and papers because typically, Japanese people don’t like to take anything that doesn’t belong to them. That’s why many people bring whatever they find to the nearest KOBAN.

1. The most important thing you should remember in Japan is the “no-trouble” principle. 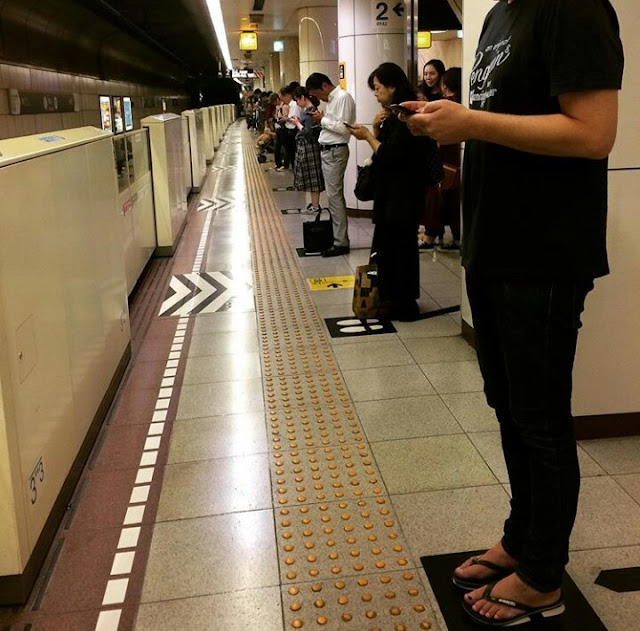 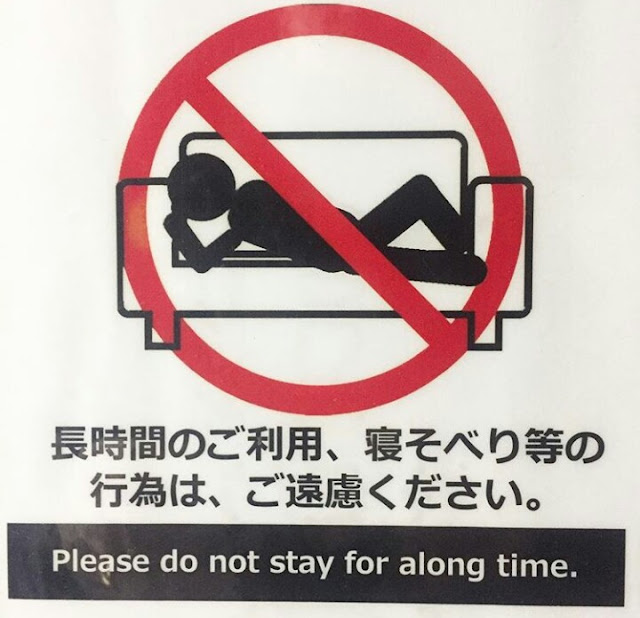 Of course, this means that there are a lot of rules that most people follow. For example, Japanese people don’t speak on the phone loudly in any public places. And in malls, you can see signs warning people against lying on couches for a long time.

So, in Japan, you shouldn’t think only about yourself but also about the people you don’t know. We think that this principle should also be adopted by other countries. Do you agree?

Which of these things about Japan amazed you the most? Tell us in the comment section below.