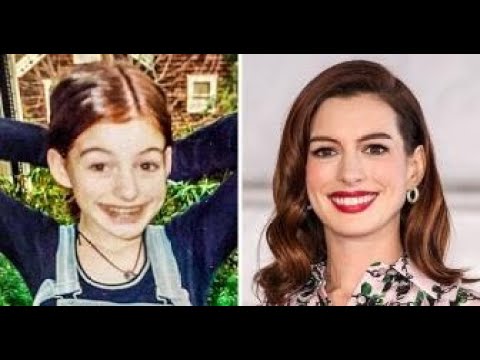 Today, these famous beauties are the dream women of many men and examples for millions of women. They have a lot of fans and their faces are all over billboards for famous brands. However, they haven’t always looked like this. When they were children, they weren’t always the most beautiful girls in their class but later, they turned out to be incredibly lovely and attractive.

The Bright Side team is convinced that just about anyone can transform from an ugly duckling into a beautiful swan. And we’ve collected 9 celebrities who did exactly that.

A lot of people remember Margot Robbie thanks to her portrayal of the supervillain Harley Quinn from Suicide Squad. Who could’ve guessed that at the age of 13, this actress was a brunette who used to wear glasses and braces? But years have passed and Margot grew up and changed. And now, she is not only a Hollywood actress but a star with major talent (just watch I, Tonya, and you’ll see exactly what we mean).

Everyone remembers the incredible transformation of Anne Hathaway in The Princess Diaries. It’s unbelievable but she actually experienced a similar transformation in her own life. Today, the actress is raising a son and has several extremely prestigious awards like an Emmy, a Golden Globe, and an Oscar for “Best Supporting Actress”.

Dakota Johnson who portrayed the shy but very attractive Anastasia Steele in 50 Shades of Grey had a similar life path as the previous actresses on the list. During puberty, Dakota was far from being a beauty but as it turned out, it was only a matter of time before she blossomed.

Kate Hudson wanted to become an actress back in her early childhood when she spent time on her mother and stepfather’s ranch (Goldie Hawn and Kurt Russel). With age, Kate started to look way prettier and her dream ambitions came true — she has performed in several dozens of really successful films.

Drew Barrymore woke up famous at the age of 6 when Steven Spielberg’s film E.T. The Extra-Terrestrial was released. It’s almost impossible to predict the futures of actors that become famous when they’re still children. But there are some stars that manage to overcome all of the hard moments of puberty and become stars again. Drew is definitely one of them!

Mindy Kaling is an American actress and comedian and is of Indian descent. She got her first role in 2004 in the film, The 40-Year-Old Virgin. Today, Mindy stars in movies, writes scripts, and works as a director and producer.

The stunningly beautiful Katie Holmes that charmed the handsome actor Tom Cruise has not always been beautiful. But now, at the age of 40, she looks amazing and continues to act in movies. By the way, her Instagram page is an ode to natural beauty. Katie often posts photos without any makeup or filters, showing her followers that she’s really attractive just being herself.

If you look at the childhood photo of Winona Ryder above, you might assume she was a charming young boy. But with age, the actress turned into a gorgeous woman and it’s truly hard to stop looking at her! Winona is a 2-time Oscar nominee and movie critics think that she’s one of the most successful actresses from the ’90s.

The owner of a beautiful voice, Adele, has been in The Guinness Book of Records several times for her musical achievements. In the past, the singer was really worried about her body but now, all her childhood fears are left in the past. Adele is really confident and she has said many times that instead of going to the gym, she prefers drinking some good wine and eating some tasty food.

Whose transformation seemed to be the most radical to you? Share your opinions in the comment section! We’d love to know what you think!