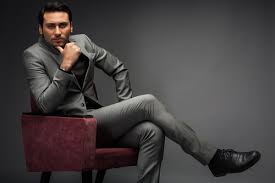 A series of experiments that Princeton psychologists Janine Willis and Alexander Todorov conducted showed that we need only 1/10 of a second to form an opinion of a person just by looking at their face.Women usually don’t stop there and they have enough time to evaluate the body, the haircut, and many other seemingly inconspicuous traits. So what is it exactly that they notice?

When a woman sees a man for the first time, she evaluates the clothes he is wearing. There are 3 most important rules about men’s clothes:
Tidiness: An old sweater, a coffee spot on a shirt, and jeans that have never been washed will not give a man a chance to even start a conversation.
Relevance: A man wearing a tuxedo on the beach looks just as strange as a guy wearing shorts in the theater. More than that, the second situation also shows that the person knows nothing about etiquette.
Sense of style: Girls can easily forgive small mistakes in choosing clothes and they are always ready to help if a man lets them. However, if a guy is wearing something crazy, like sportswear with classic shoes, then he doesn’t stand a chance.
More than that, scientific research shows that the clothes we wear can influence our performance, our way of thinking, hormone levels, and heart rate.

Long or short, straight or wavy, light, dark, or even a little grey — there are as many preferences as there are women. The most important thing is to keep your hair clean and tidy. By tidiness we mean brushing, which many men forget about for some reason.)
But some men, for example, Vin Diesel or Dwayne “the Rock” Johnson were very radical about their hair, yet they still look very masculine and they are very popular among women.

An energetic, ambitious, and confident walk attracts women because it shows that the man is successful, he feels that he is the boss, and he knows how to deal with trouble.
A man who is always looking down, doesn’t keep his back straight, doesn’t lift his feet high enough, at a subconscious level looks like a person with problems. It looks like this is not the best period in his life so he is unlikely to make a woman happy in a relationship.

Most women like men whose body looks like an inverted triangle: wide shoulders, narrow hips, and a tight belly. Such a body is a signal for a woman that she met a tough, strong, and healthy man who can protect her and her future children.
This sheds light on the theory which says that men get fat in marriage because women try to feed them better and make them fatter and less attractive to other women. However, research shows that a happy marriage leads to gaining weight for both men and women.

Men shouldn’t underestimate such an important part of their image as shoes. Women have enough time to give shoes a good look, just like clothes and the body. Torn, dirty, and dusty shoes show that the owner is not tidy at all if he doesn’t pay much attention to the way he looks.
Some men even have a habit of not wearing socks at all. It looks quite strange when you can see a naked leg under the pants. As it turns out, the choice of shoes can tell a lot about the owner.

It can take a lot of time to talk about the features of men’s faces that women find attractive. Every woman sees beauty differently. But what the common thing that no woman will miss is the facial expression.
In moments like this, women become specialists at recognizing different expressions. For example, tight lips indicate that a man is tough and shifty eyes mean that a man is insincere. Small wrinkles around the eyes show that a man is funny and he can be the life of any party. Women love thoughtful men because they seem more masculine and decisive. But for a serious relationship, according to research, women prefer men who smile and have a good sense of humor.

The choice of accessories can tell a lot about a man’s character. If he has a lot of them on, it means that he loves being in the spotlight and making an impression on other people. If the accessories are appropriate and you like parties and fun, this man can make it happen for you. If a man doesn’t have any accessories, it doesn’t mean that this man is boring. It’s just that he is more moderate and doesn’t like to attract a lot of attention to himself.

Another part of a man’s body that women pay a lot of attention to, even if they have a very quick look, is hands. They value clean male hands with long fingers and a nice shape of nails. Bitten nails and hangnails show that a man is nervous and not confident. Also, hands can tell if a man has to do a lot of hard work. And the most important thing that hands show is if the man is available. All women need to do is check the ring finger. If there is a ring, there is no need to pay any more attention to this man. 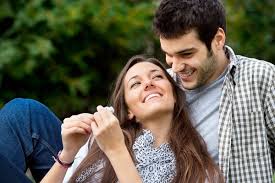 Sociologists believe that most women pay a lot of attention to a man’s butt when they meet him. Hard buttocks are an indicator of a man who has an active lifestyle and his testosterone level is just right too. Hard buttocks also look very good. So, it’s not just men who turn to look at beautiful women. Women do that too, just a bit more subtly.

Illustrated by Natalia Breeva for BrightSide.me