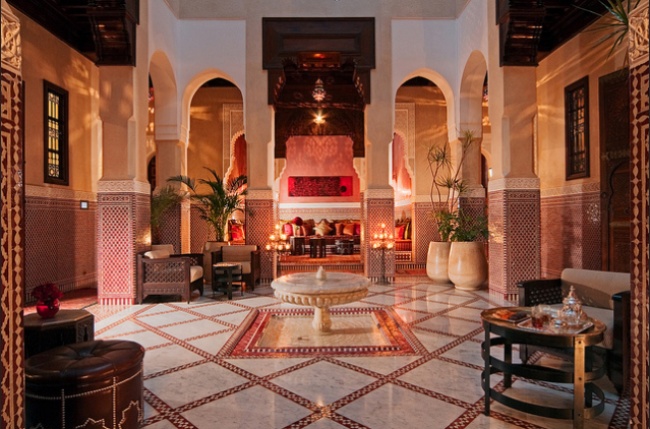 Morocco lies just a few miles away from the coast of Europe, yet life flows very differently in this country. It is not just the source of the world’s most delicious tangerines but also a place rich with centuries-old traditions, architectural masterpieces, and extraordinary landscapes.

1. Morocco is home to the world’s oldest university. 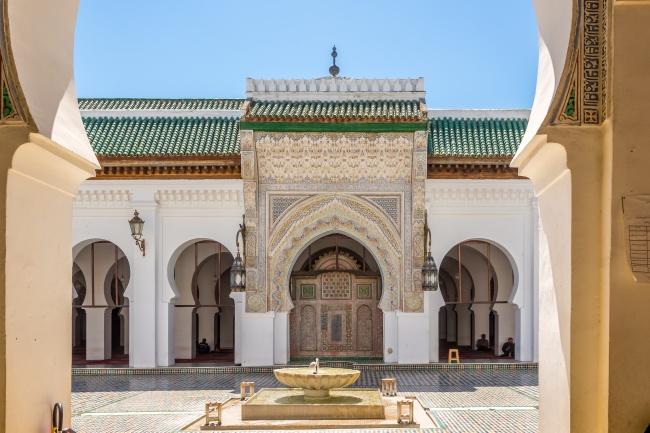 The world’s oldest university was founded as far back as 859 AD by Fatima al-Fihri, the daughter of a wealthy merchant. In contrast to the European tradition, the old Arabic universities did not issue diplomas on behalf of the institution: the focus used to be on learning from individual mentors. Only in 1947 did Al Quaraouiyine became a “university” in the European sense of the word. 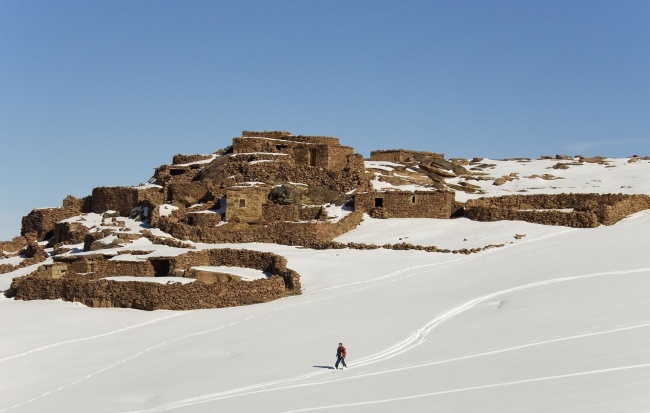 In the winter, you can ski, sled, snowboard, and make snowmen in Morocco. Hidden in the heart of the Atlas Mountains, 46 miles from Marrakesh, is the comfortable ski resort of Oukaimeden. The snow lies from December to early April.

3. A huge number of popular movies and TV series were filmed in Morocco. 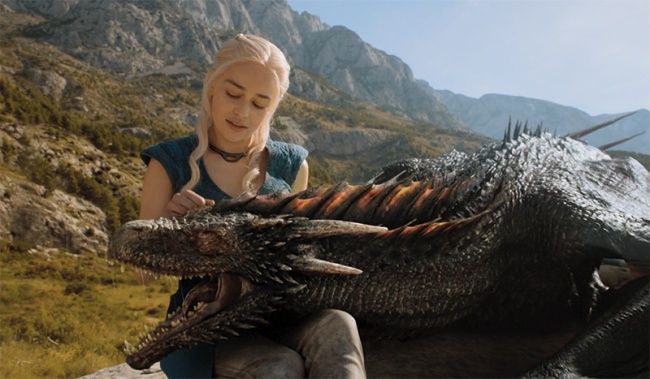 The beauty of the local scenery unfailingly enchants the world’s most famous film directors. Ever since the success of the legendary movie Lawrence of Arabia in the 1960s, hundreds of big-budget film projects come to shoot in Morocco every year. In 1983, the country became home to one of the largest movie studios in the world: the Atlas Studios. The Atlas’s sets were used for filming Gladiator, Alexander, 007: Spectre, and the cult TV series, Game of Thrones.

4. You can’t throw away bread in Morocco. 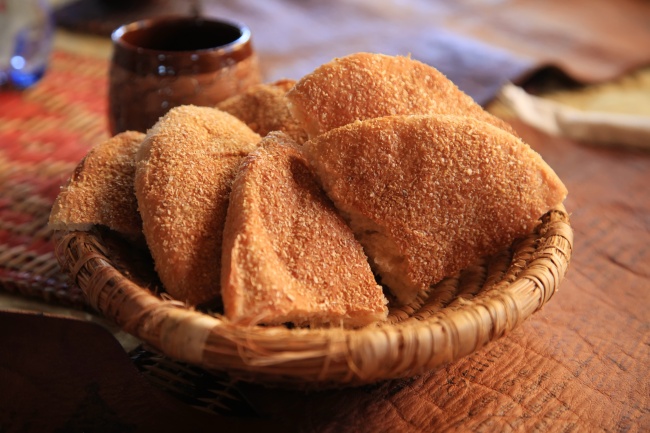 Moroccans eat a lot of bread, and everyone treats this product with the utmost respect. Families never throw away uneaten bread remains: they feed them to livestock instead. If a household doesn’t keep farm animals, old bread can be exchanged for various useful things (for instance, soap or detergents).

5. Nor can you pour hot water into the sink. 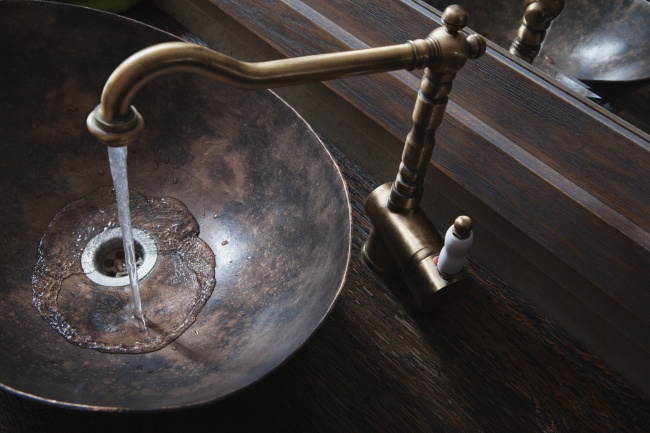 This ban has nothing to do with the plumbing. Moroccans believe that all places connected with water (public baths, drains, sinks, etc.) are frequented by the Jinns. Pouring hot water into the sink might make a Jinn angry. Therefore, one should always mix in some cold water as well.

6. Morocco is closer to Europe than you might think. 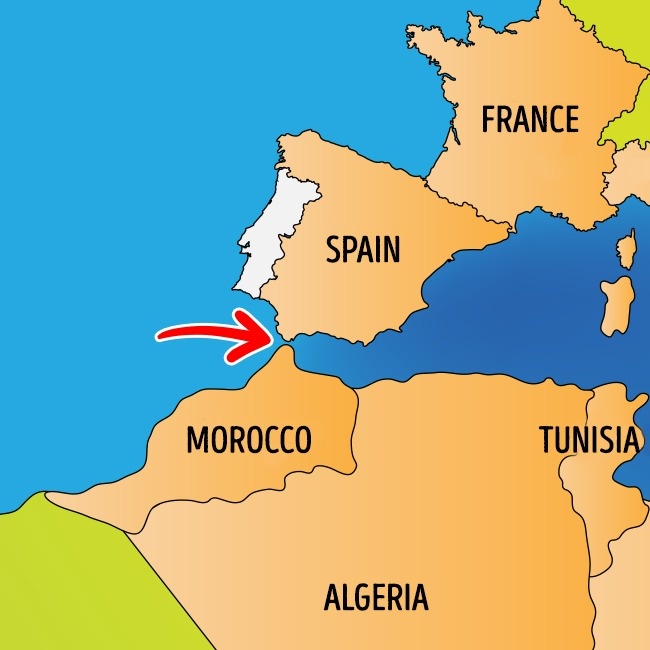 The Strait of Gibraltar that separates Morocco from Europe is only 10 miles wide. Standing on the Moroccan coast, you can watch the cars moving along the Spanish coast. Moreover, two Spanish enclaves — Ceuta and Melilla — are actually situated inside the kingdom’s territory. So you can end up in Europe without leaving Morocco! 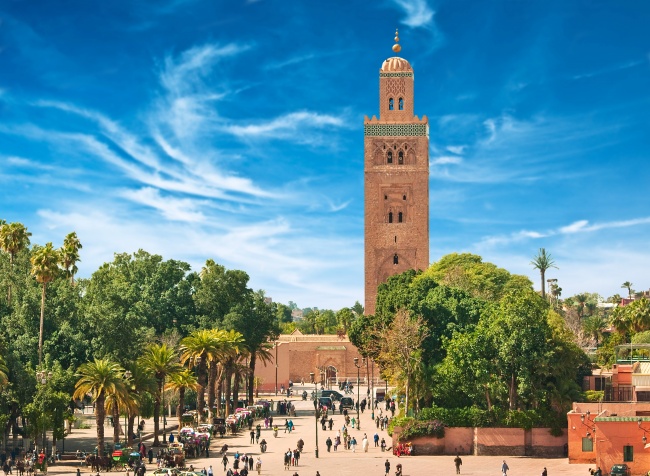 The majority of the country’s population are Berbers, and, according to their calendar, it’s the year 2967. Although the kingdom’s official calendar is the same as the one used by the rest of the planet, in 2011, the Tamazight (Berber) language became Morocco’s state language, along with Arabic. 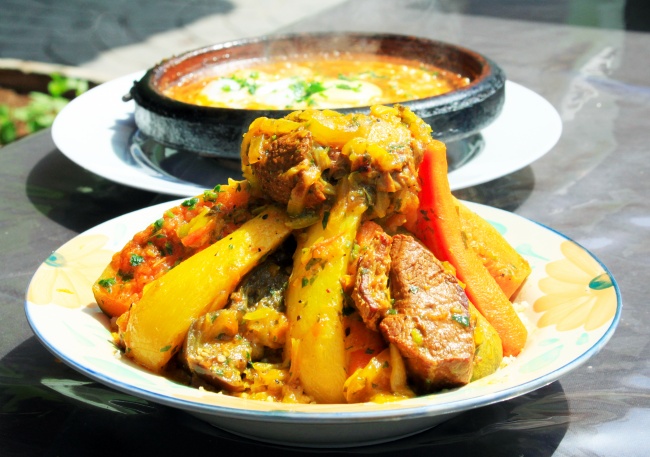 In Morocco, meat dishes and tea play an important role in the relationship between the guest and the host. Refusing meat is considered an act of rudeness. Also, you shouldn’t eat with your left hand because this hand is deemed “unclean.” All eating should be done with the right hand, using your thumb, index, and middle fingers.

9. The liver instead of the heart. 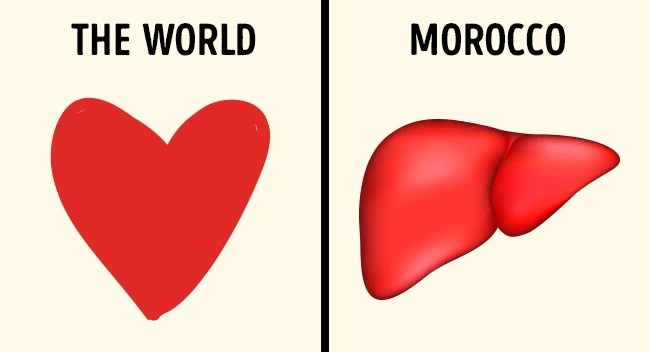 In Morocco, the symbol of love is not the heart but the liver. It is believed that a healthy liver aids digestion and promotes well-being. The phrase “you have conquered my liver” constitutes a declaration of love.

10. The tree whose wood is used for decorating the interior of Rolls-Royce cars only grows in Morocco. 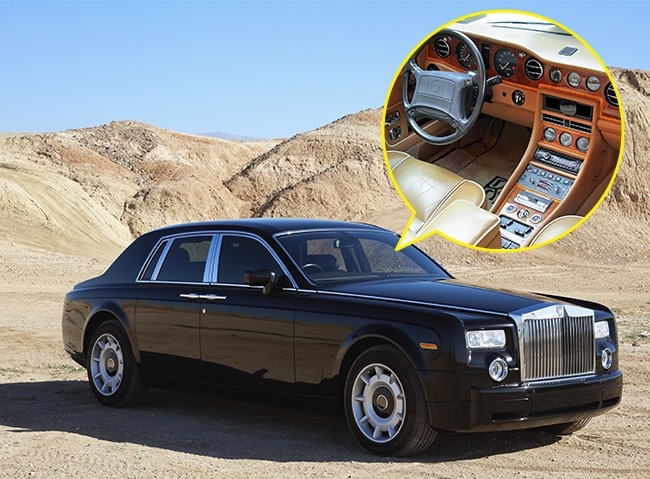 The reddish-brown Moroccan thuya grows only in the foothills of the Atlas Mountains. Its rare and beautiful wood is used for the manufacture of instrument panels for cars produced by Rolls-Royce, Mercedes, and BMW.

11. Absence of oil and gas deposits. 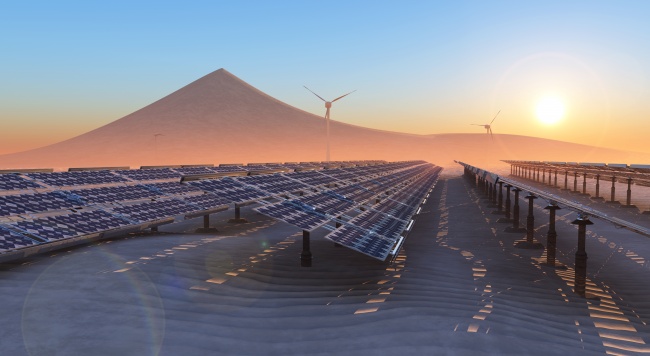 Due to the lack of oil and gas deposits, Morocco is actively working to develop alternative energy sources. King Mohammed VI has recently launched the final stage of the world’s largest solar energy complex, situated in the Sahara Desert. This high-tech facility is the largest solar power station in the world.

12. There is a city in Morocco painted entirely in blue. In Morocco, there is a city whose streets and buildings are painted entirely in blue. During the 1930s, Chefchaouen became home to a community of Jewish refugees who fled from the Nazis. These people repainted the buildings in their sacred color. Modern Moroccans diligently continue this tradition: the city sports blue sidewalks, benches, fences, and so on.

13. When invited to a Moroccan house, don’t express admiration for any of the things you see inside.

If you are invited to a Moroccan house and you happen to like some of the things you see inside, don’t express your admiration out loud. Otherwise, you will be asked to take the object with you. This is due to fear of the evil eye: Moroccans believe that their houses mustn’t contain things that can cause envy.