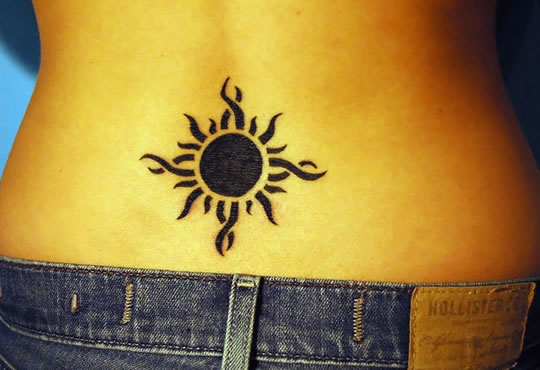 The incredible dating power of a woman’s tattoo.


Not long ago I reported on a study which found that guitar cases have considerable power over women when they are asked on a date.

The French psychologist who conducted that study, Nicolas Gueguen, has been up to his old tricks again on the Atlantic Coast of France.


In a new experiment, reported in the journal Archives of Sexual Behavior, he had some women lying on a beach, face-down, reading a book (Gueguen, 2013). Sometimes they displayed a 10cm x 5cm temporary tattoo of a butterfly on their lower backs and sometimes not.

Then another research assistant counted how many times a man came up to them and tried to start a conversation.


Without a tattoo they were approached 10% of the time, but with the tattoo this shot up to 24%. Not only that but the tattoo increased the speed with which men approached from 35 minutes up to 24 minutes.


I will pass no judgement on the rights or wrongs of tattoos, the types of men that might have been approaching or anything else, but simply leave this for you to interpret as you will.


Oh wait; one final fact does need mentioning. When men were asked to evaluate the women with or without the tattoo, they judged that the women with tattoos were more likely to say yes to their advances and were probably more promiscuous.


Whether or not either of these assumptions is actually true is a totally different matter. It may well be that men misinterpret tattoos and/or that women don’t realise how men perceive them.