Six suede boots for under $150 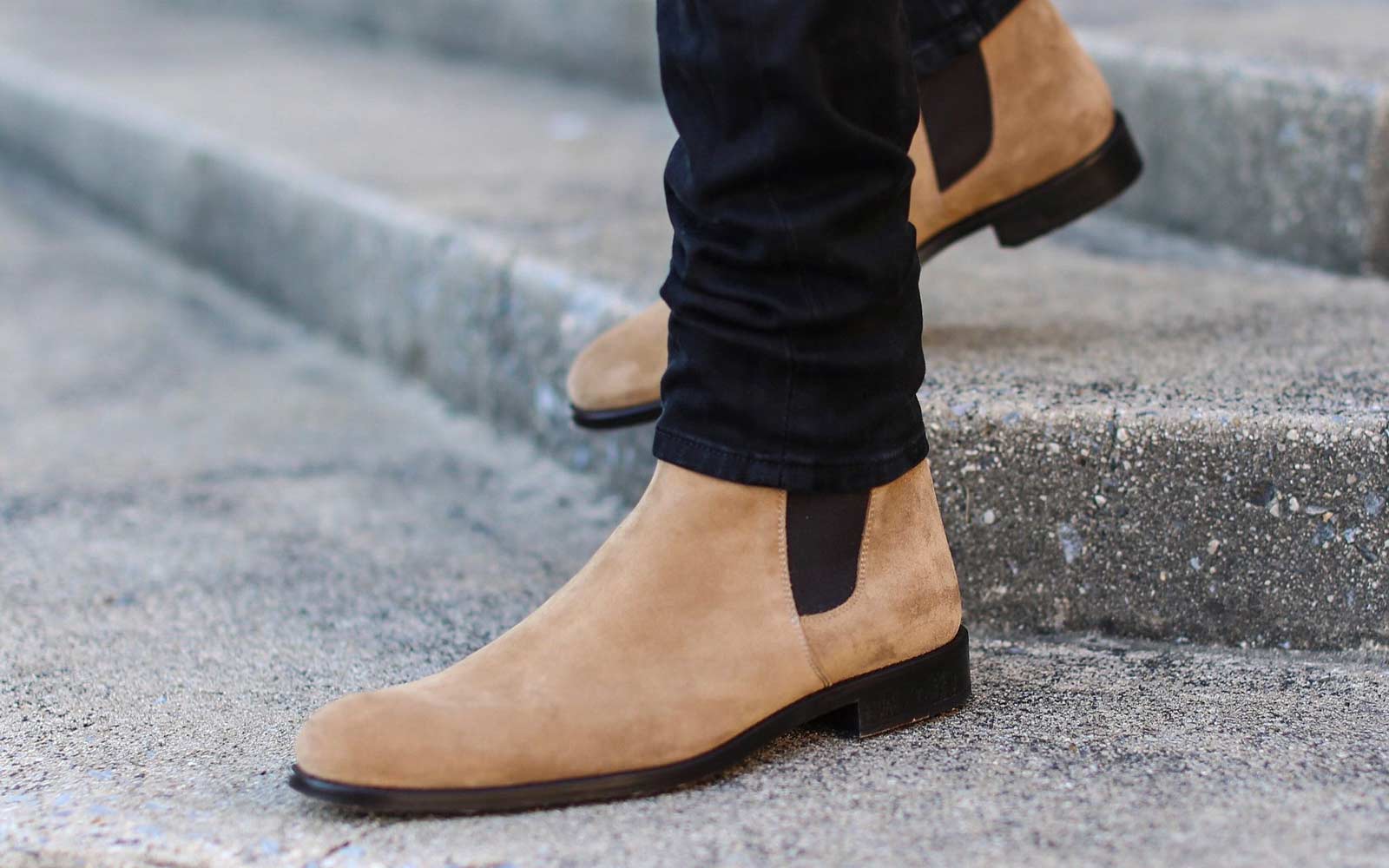 Suede is and has long been a top choice for men’s Fall footwear. Suede presents a softer texture than tanned top-grain, and this might be one of the reasons why suede intuitively feels like the right material for the season in which the sun’s rays get blunter and leaves change color. If leather sometimes shouts, suede generally whispers. As for suede boots, they need neither introduction nor justification. They’re light-weight, comfortable, easy to coordinate. When Summer retreats, suede boots step-up and stride into the character of Autumn.
Suede boots can be pricey, but here are six simple styles and affordable options for men looking to get some wholesome hide on their hooves without gutting their piggy bank. 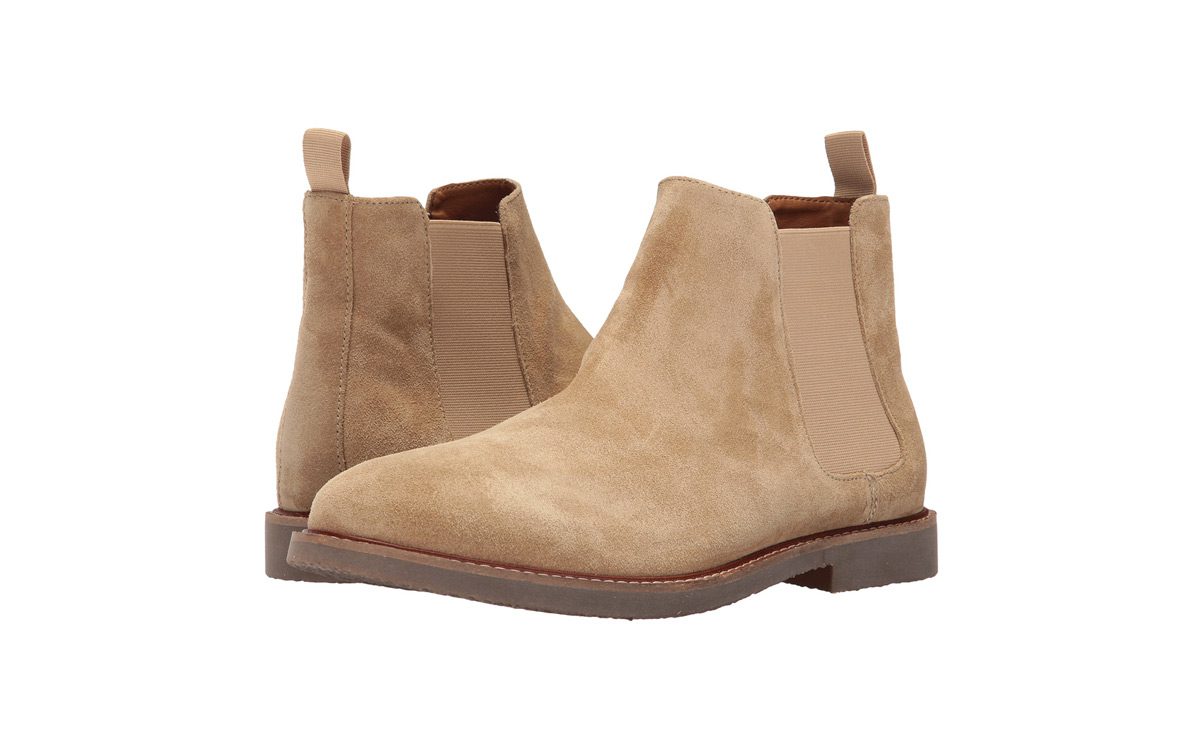 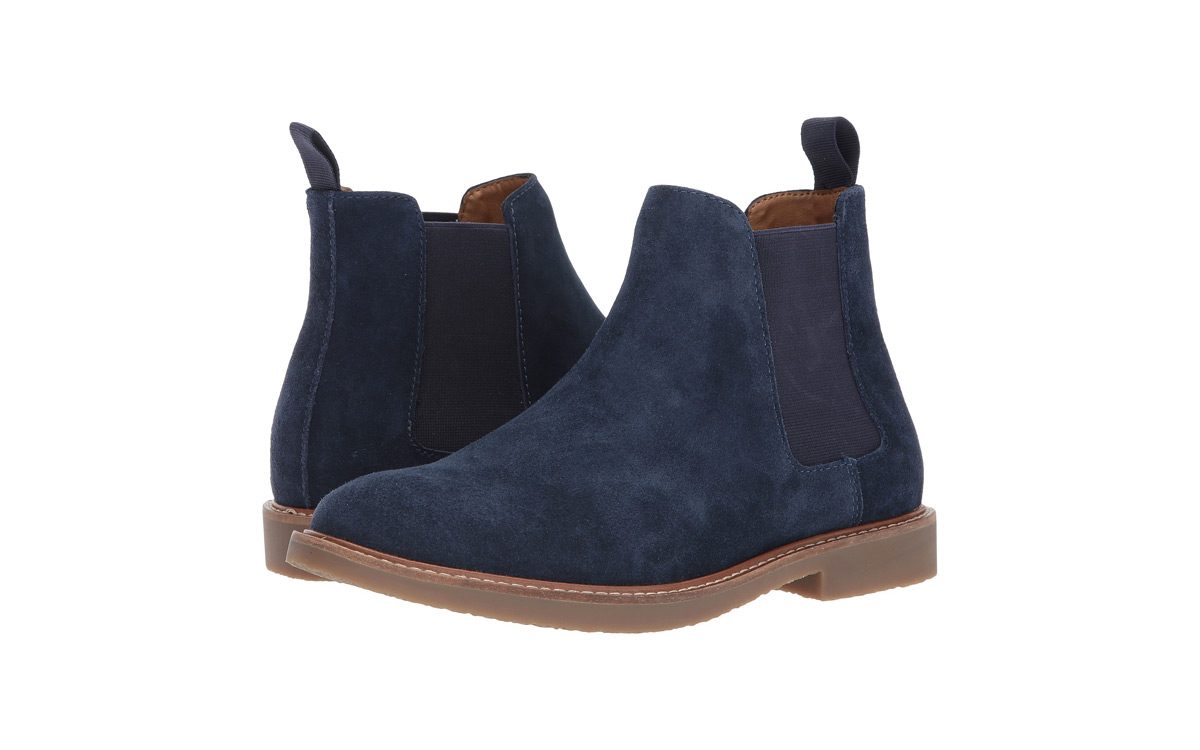 This classic Chelsea boot made to carry your blue jeans into Autumn with a touch of European refinement. Sand is a great color for the sunniest of Autumn days, but there is a downside: this very light tan doesn’t work well with khakis. With casual attire it is rarely a good idea for a man’s lower half to match his shoes too exactly. That’s when navy is a smarter choice.

If you can afford to own only one pair of suede boots, go with a simple Chelsea. 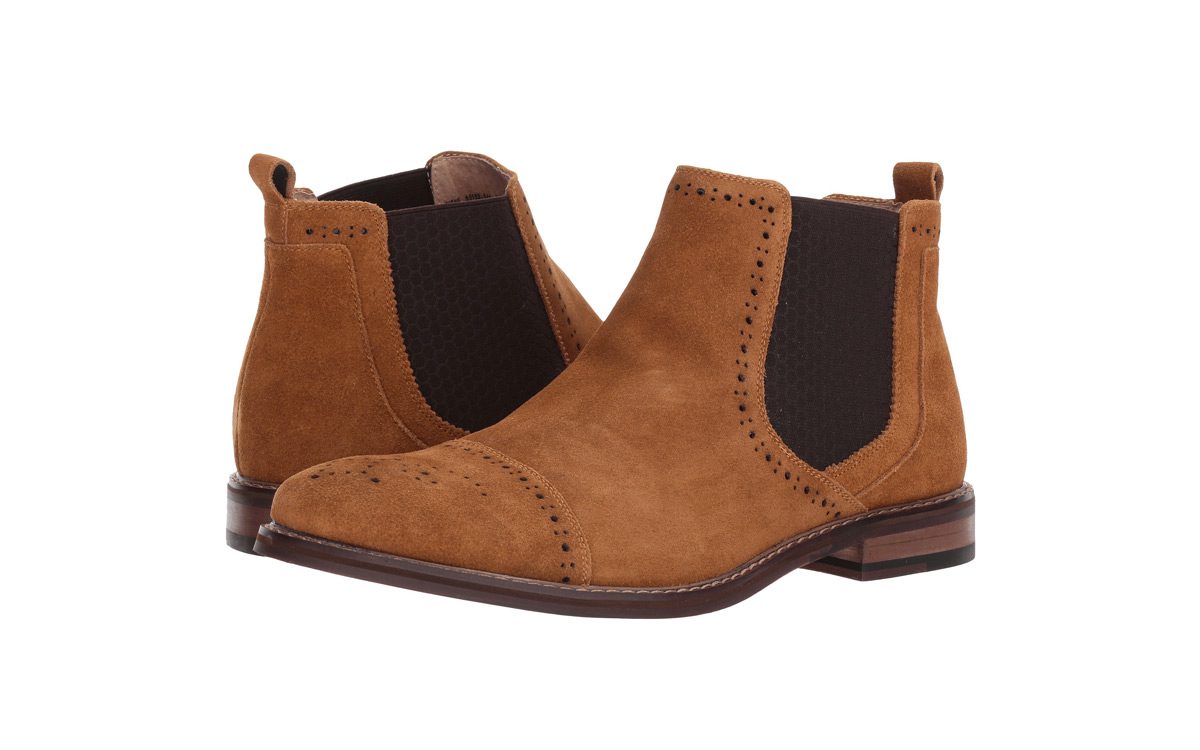 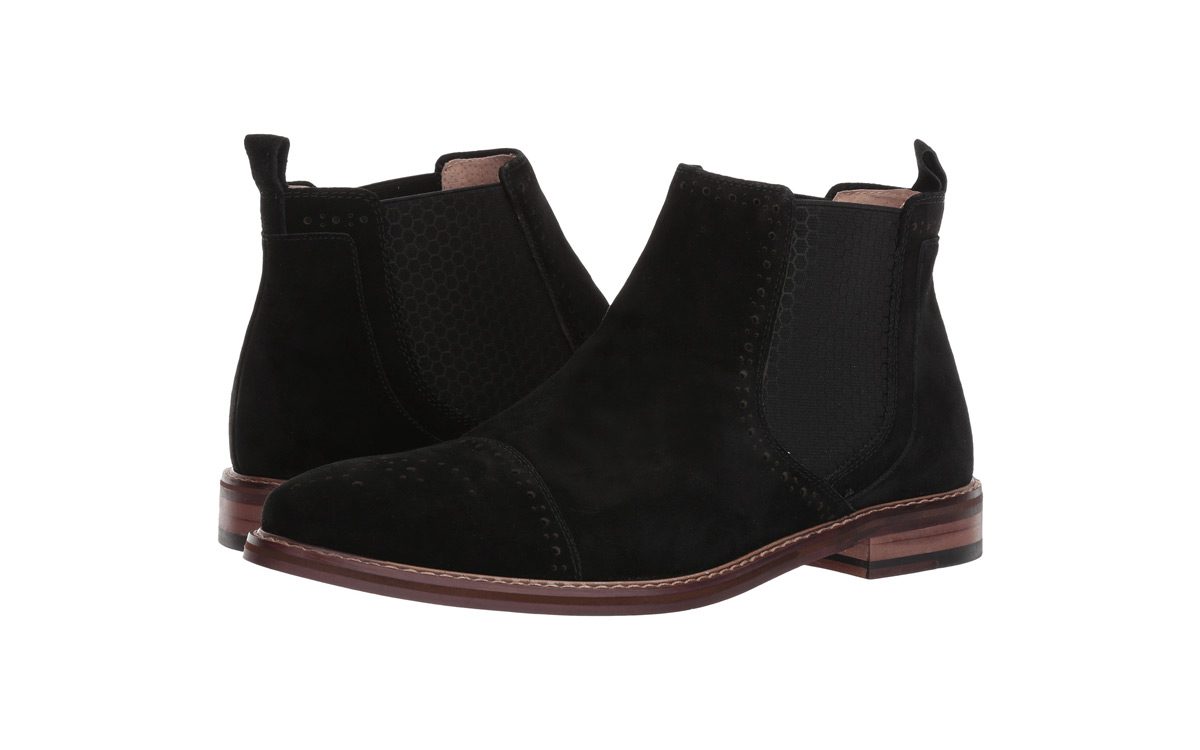 The cap-toe Abner has subtle broguing running up the shaft and on the toe. The rusty, nearly pumpkiny shade of tan Stacy Adams chose for their Abner is much warmer than Steve Madden’s sand, so wearing these with khaki chinos wouldn’t be a disaster. Where they’ll really command attention, though, is with mid-range gray or olive Merino wool trousers. If you look closely at the details of both the Highline and the Abner, you’ll see that the Abner is distinctly dressier. These details In black suede, the Abner a nod to New Romantics and Mods, and a different animal altogether from the tan. Whether suede Chelsea boots are a wild or domesticated depends on how you style them. 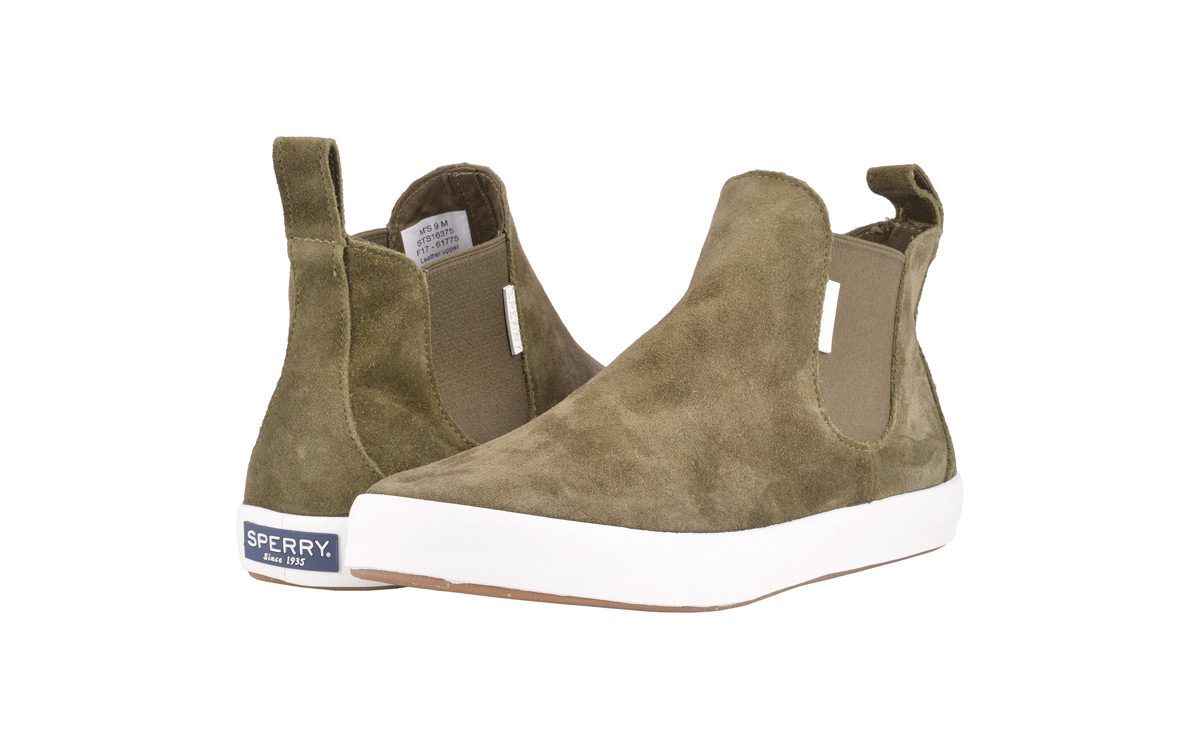 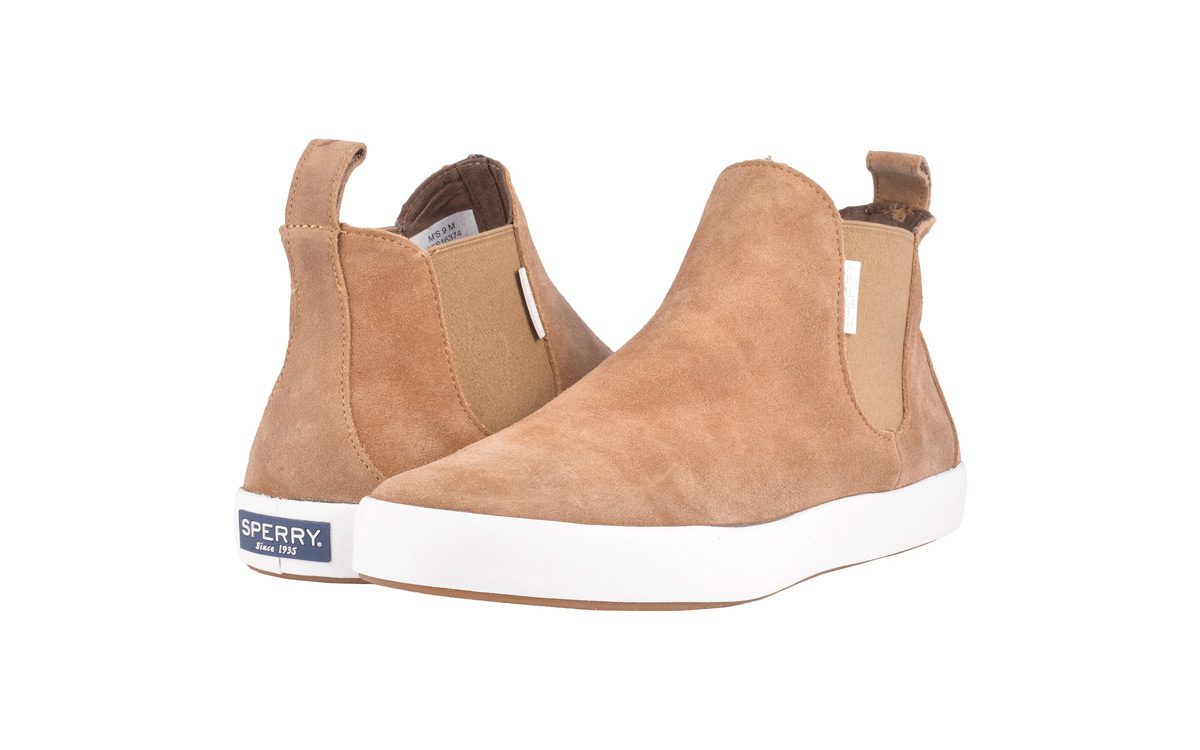 Billing the Wahoo as a Chelsea boot is like calling a kayak a canoe or a Vespa a Harley. The Wahoo is Chelsea-ish on account of its structural details (whole-cut vamp, gusset, etc.), but the Sperry Wahoo is more of a high-top deck shoe than a Chelsea boot. Roll-up you chinos, pull-on a meaty sweatshirt, and grab a smart ballcap. If your goal is to hang loose and be active, this is the boot for you. But if the Sperry Wahoo leads you to thoughts of topsides and sea squalls, forget suede. The Gus by Tretorn (below) costs around $100 and wades into wetness where rawhide fears to tread. 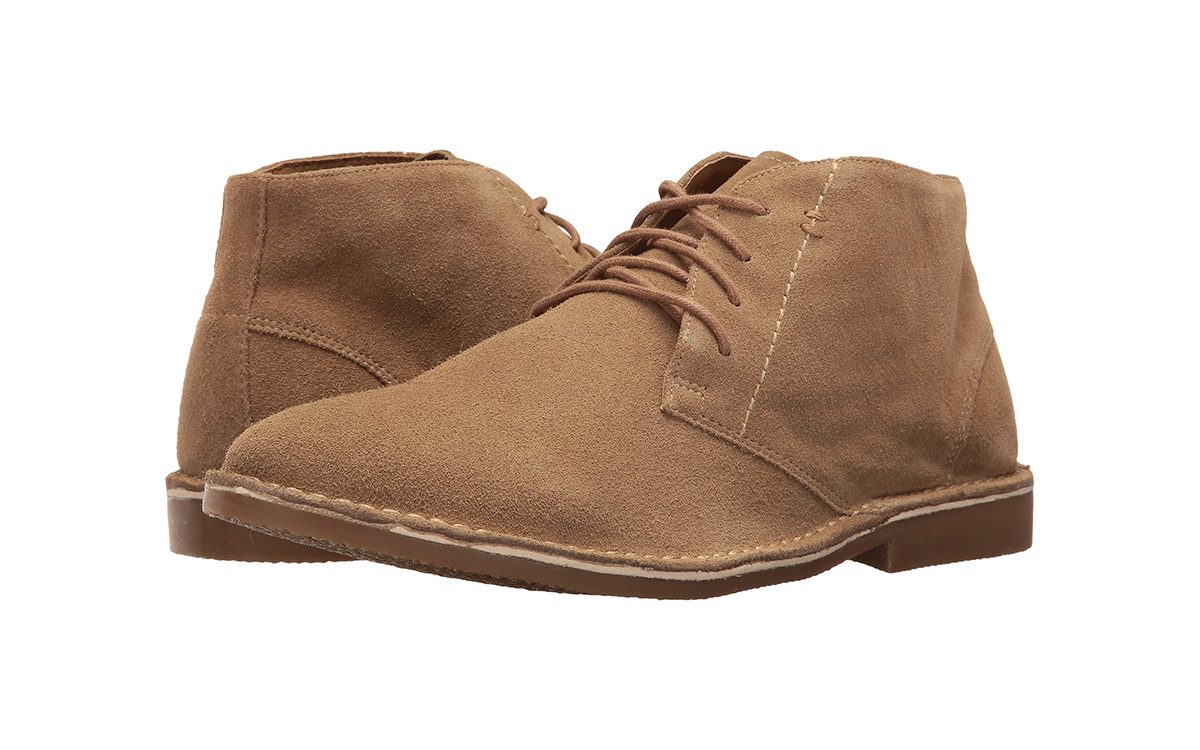 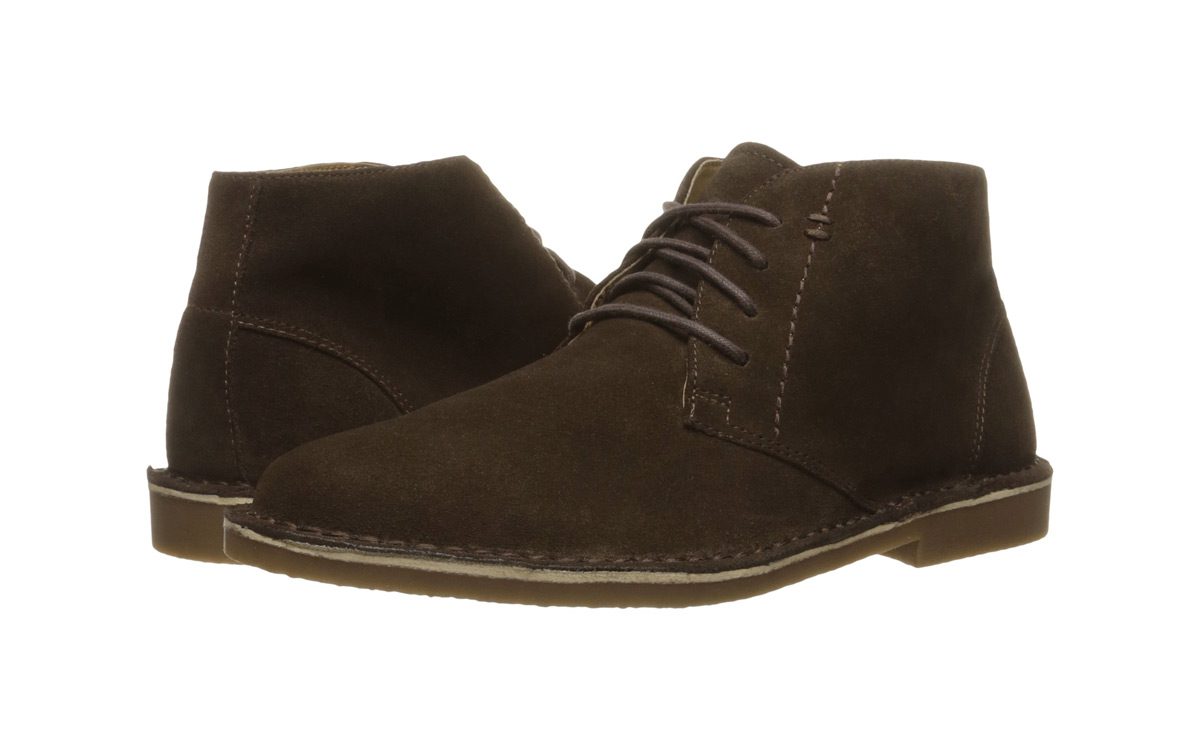 If you don’t already own a Chukka boot, this might be the pair with which to start. The rich chocolate brown goes with trousers of practically any color (except black), and there’s no casual or smart-casual ensemble that’s worse-off for Chukkas. 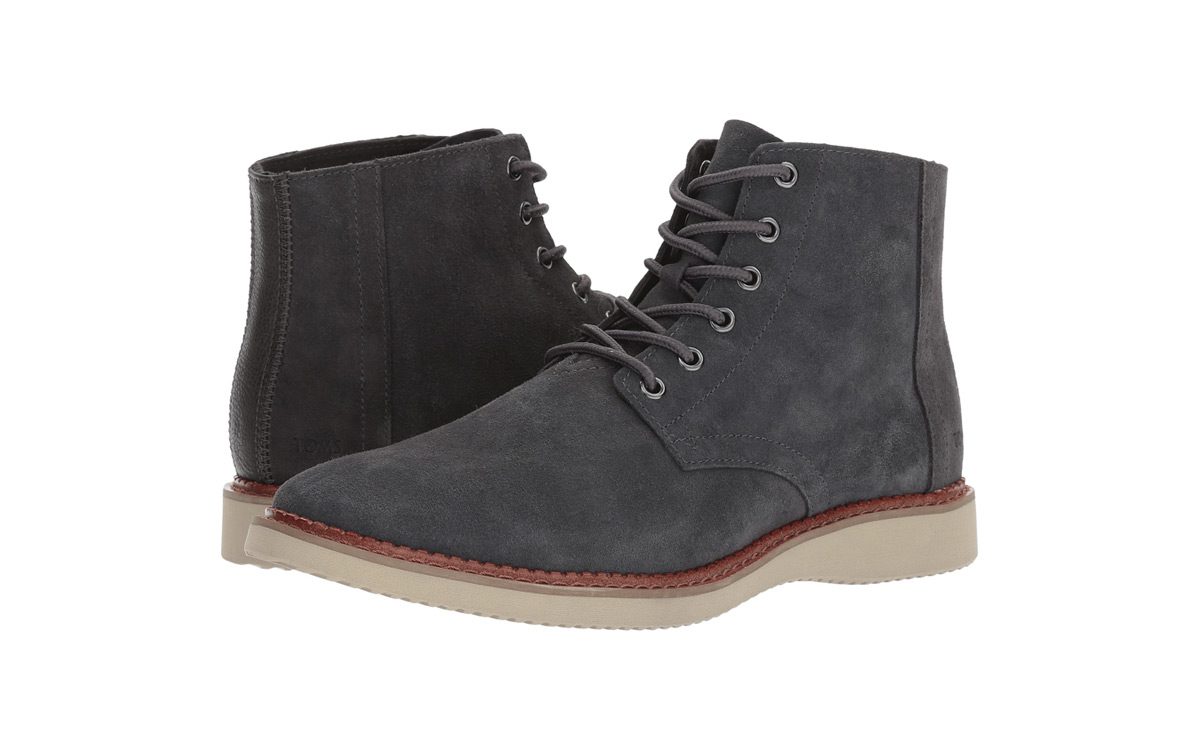 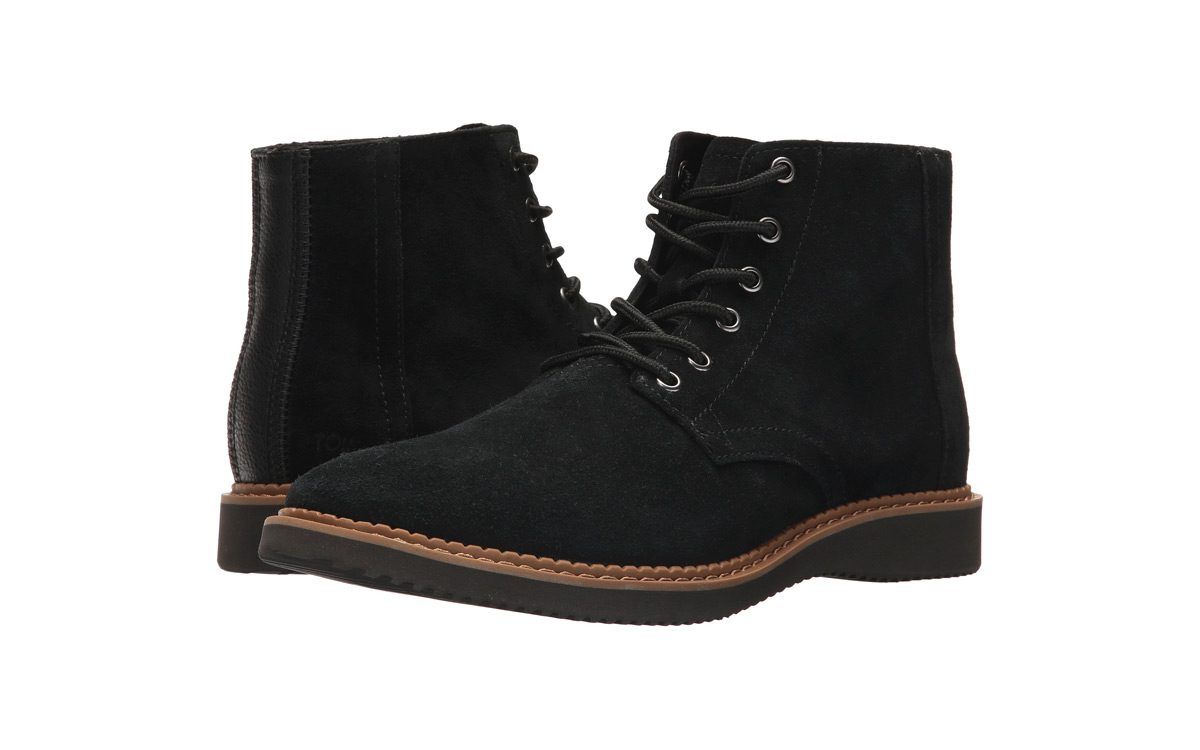 The Porter boot from TOMS blends the traditional style of a suede lace-up boot with the modern comfort of an everyday shoe. Don’t get us wrong, we love leather soles but there’s no doubt that a rubber sole makes a man feel free to take the road less traveled and blaze his own trail. We love the simplicity of this boot but appreciate the addition of subtle leather detailing that runs up the backside. Classic, contemporary and unique – all wrapped up in a single boot. 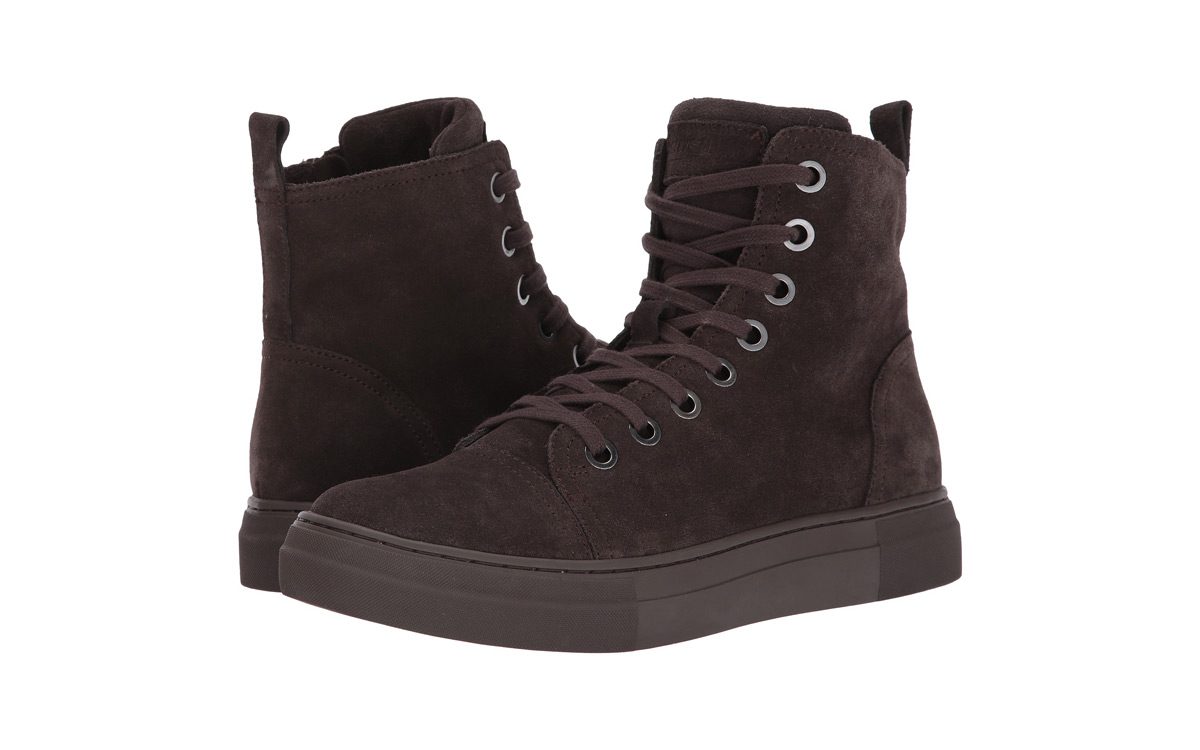 Okay, perhaps the Ormisten is more of a high top sneaker than a boot — but what is a hightop if not a casual shoe dreaming of one day become a boot? These chocolate suede beauties from Steve Madden toe the line of casual style and beg to be taken a bit more seriously. Rock this suede sneaker with solid earth tones for a modern yet rustic look.

Share your favorite suede kicks with us in the comments.