17 Crazy Things That Are Only Possible in Japan


With studies claiming that Japanese children are some of the healthiest children in the world, we should all take a look at how their children get so healthy and incorporate these ideas into our own habits. In fact, many cultural norms developed in other Asian countries have turned out to be extremely helpful in keeping children healthy, often in ways you wouldn’t have thought of.


Bright Side is going to unveil some of these secrets so that everyone can give their children a healthier and happier life. Don’t forget to check out our bonus that proves that keeping kids safe can be a lot more fun than you’d imagine.


1. Preventing kids from reading too closely 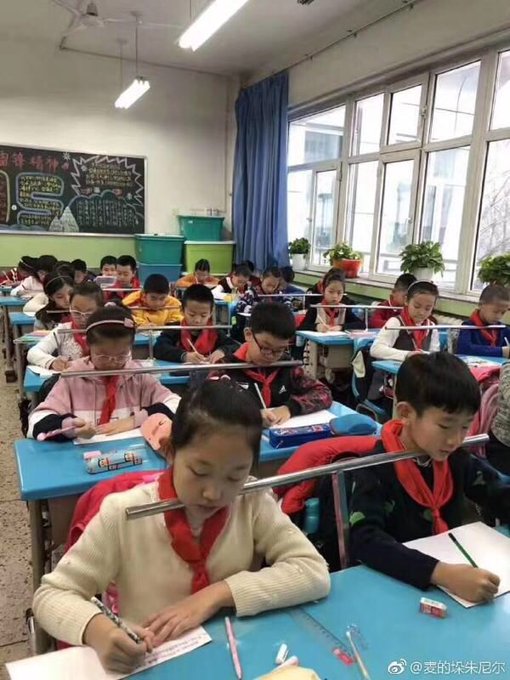 In many Chinese schools, bars are installed at schools that are actually designed to help kids’ eyes stay healthy. Staring to close at their books while reading can eventually hurt their eyes, so the bars keep the kids at a healthy distance. In addition, the bars might also help kids develop good posture.

In Mainland China, elementary and secondary school students are instructed to perform eye exercises which are aimed to improve blood circulation and relax the eye muscles. The exercises involve 6 sessions, which involve rubbing different areas around the eyes, and are usually practiced twice a day.


Over the years, the practice of hosting tests outdoors has appeared throughout China. The practice is generally intended to prevent students from cheating, since they can be placed farther apart than if they were in a room with limited space, but there are other, unseen health benefits. Not only does it give students the occasional exposure to fresh air and sunlight, it can also help students relieve stress.

People are more likely to get sick during the winter due to the cold keeping them inside, causing them to be more easily exposed to germs from other people. In Japan, it is common for people who are feeling sick or who have allergies to wear surgical masks to help decrease the number of airborne germs they could share. Sales for the masks increase during cold and flu outbreaks, among other health scares.

When the weather makes it unsafe to go to class, some Chinese teachers get a little creative and simply live-stream their courses out of their empty classrooms. Kids get to learn their lessons from the safe comfort of their homes, which can be especially helpful when the schools decide against closing despite bad weather. It also helps students who live in remote areas, who might not otherwise have access to school.

The Japanese school lunch program was developed to help starving children in the aftermath of World War II, but its modern counterpart hasn’t really changed much over the years. These meals usually don’t have a main course, at least in the Western sense. Meals are instead broken up into moderate parts, usually rice, vegetables, miso, and fish or meat. Added to that, measures are taken to focus on locally grown food.

Having some activity in the outdoors is seen as increasingly important in South Korea, with activities like hiking and camping becoming more and more popular. Even people who are used to an urban way of living have been known to take breaks through camping trips. These programs also place a great emphasis on relaxation and mental health awareness.


8. Walking to get around

In many Asian countries, people put a huge emphasis on walking to get around instead of using vehicles or public transport. In South Korea, devices that help people count their number of daily steps are becoming increasingly popular. In addition, in many Asian countries, children are expected to walk to their local school instead of taking a bus, especially in urban areas.

Around the world, seeing children glued to social media devices is becoming increasingly common. In South Korea, this is hardly a rarity, but more actions have been taken to fight internet dependency in the country. There are various camps, rehabs, and treatment centers aimed at helping young people who have become addicted to the internet. The government has even put laws into place preventing children under the age of 16 from even having access to the internet after midnight.


In Japan, children are expected to do many activities on their own that would not be expected of children in other countries. Kids are expected to get to school by themselves, do family errands, and to even help clean their own classrooms instead of janitors. This helps children learn to be independent and responsible, which in turn helps them learn how to take better care of themselves.


11. Making mealtime as healthy as possible.

Many Asian countries find different ways to make meals healthy for kids. In Japan, vegetables are the main course at mealtime, with less emphasis being placed on meat, fat, dairy, or sugar. Soup is also a staple in many Asian diets, with the Chinese often using various healthy items, like goji berries, lemongrass, and ginger to give the soup an extra kick.


In many Asian countries, including both China and Japan, it is also considered normal for children to have tea. Not only is tea a healthier alternative to things like soft drinks, but it can also have surprising health benefits, like helping a child’s eyesight.


Do you know any foreign childrearing norms that other countries could use to help improve the health of our children? Let us know!