Introduction
Obviously,
the invention of Automated Teller Machines (ATMs) as brought unprecedented
convenience to the banking and computer-literate world. Financial transactions are
seamlessly consummated without any need to visit a banking hall. In my
Questionnaire; most of the respondents described as hectic, frustrating and
time consuming the stress of having to wait for long hours in nerve-wrecking
queues in banking halls but the advent of the ATM as unarguably eliminated
that.
Wikipedia
defines an Automated Teller Machine (ATM), Automated Banking Machine (ABM),
cash machine, cashpoint, cashline, or colloquially hole in the wall as, ‘an
electronic telecommunications device that enables the customers of a financial
institution to perform financial transactions without the need for a human
cashier, clerk or bank teller’. On most modern ATMs, the customer is identified
by inserting a plastic ATM card (which could either be a credit or debit card)
with a magnetic stripe or a plastic smart card with a chip that contains a
unique card number and some security information such as an expiration date.
Authentication is provided by the customer entering a personal identification
number (PIN).
Alternatively,
the ATM could also be referred to as a banking terminal that accepts deposits
and dispenses cash but the ATMs are technologically modernized on a daily basis
to do much more than these two traditional functions. ATMs are activated by inserting
a cash or credit card that contains the user’s account number and PIN on a
magnetic stripe. The ATM calls up the bank’s computers to verify the balance,
dispenses the cash and then transmits a completed transaction notice. 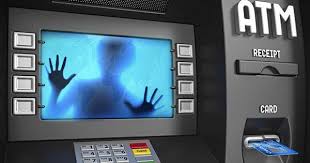 Brief History
The
historical development of the Automated Teller Machine is broad and confusing.
But for clarity sake, it would be narrowed down and discussed under two
different headings. They are discussed in the preceding paragraphs;
·
The
Bankograph– the United States Patent record
credits Luther George Simjian with developing an “art device” in 1960
which was then called The Bankograph. An experimental Bankograph was installed
in New York City in 1961 by the City Bank of New York, but removed after six
months due to the lack of customer acceptance. The Bankograph was an automated
envelope deposit machine (accepting coins, cash and cheques) but did not have
cash dispensing features.
·
John
Shepherd-Barron– On the 27th of June, 1967, The
Automated Banking Machine (ABM as it was then called) was put into use by
Barclays Bank in Enfield Town, North London, United Kingdom. This instance of
the invention is credited to John Shepherd-Barron of printing firm De La Rue.
This design used paper cheques issued by a teller or cashier, marked with
carbon-14 for machine readability and security, which in a latter model were
matched with a personal identification number. John Shepherd-Barron is largely
regarded as the Father of the modern day ATM because subsequent technological
advancements were based on his earlier invention. 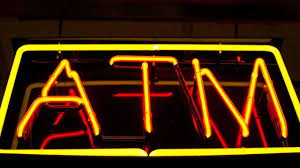 Features & Merits of the ATM

The
origination of Automated Teller Machines is a significant milestone in the
financial services industry and beyond. Most of my respondents gave various
reasons why they believe that the automation of financial transactions which
the introduction and development of ATMs and other Electronic channels as made
possible is one of the greatest technological innovation of our time. Their
opinions are summarized below;
·
Excellent
& Convenience – A great number of
the people surveyed believe that services offered by ATMs are excellent and
convenient. I believe that everyone would agree with this assertion. ATMs and
other Electronic channels offered by the financial institutions are very
helpful and user friendly. Mobile Money, Internet Banking, Online Banking, ATMs
amongst other electronic platforms has made banking and execution of financial
activities too good to be true.
·
Homogeneity–
At the initial stage when banking and accounting originated, the most common
way of keeping records and consummating financial transactions was relatively
manual. Pens and papers where used to calculate and record customers’ account
balances. It was impossible for a bank customer to transact in his account from
other branches of the same bank but the development of computer-based record
keeping and automation of bank transactions has unarguably eliminated that.
Then, you can only transact in a branch that your account is domiciled before
the synchronization of bank’s records. Now, a UBA customer does not need to
have a Sterling Bank account before the Bank’s ATM would dispense cash to him
as long as everything is in place.
Additionally,
the ATM could also be upgraded to offer some Value adding services like
Printing of Bank statements for a limited period of time, cheques processing,
Purchasing flight tickets, movie and concert tickets, lotteries, donating to
charities and ultimately biometric features; where the automation of
transactions would be based on fingerprints, face recognition amongst others.
(Kenechukwu Ewelukwa, 2015)
According
to the popular saying that, “there are two sides of a coin”, there
are numerous disadvantages that these convenient and excellent services have
brought. Financial misappropriations, sabotaging of financial records, hacking
into bank’s databases, ATM card theft, ATM fraud amongst others are on the
increase. These fraudulent persons, in most cases go as far as conniving with
banks officials to perpetrate fraud.
Ironically,
most of my respondents believe that using the ATM and other electronic channels
is more secure than the conventional way which involves having to wait in long
queues to be attended to individually. However, they gave a list of several
options on how Automated Teller Machines can be made more secure for regular
users.
·
Built-in
Firewalls– (Kenechukwu Ewelukwa) believes that
the ATMs should be enhanced with built-in security firewalls that would
lockdown the machine and send a distress signal to the nearest police station
once the machine detects any frivolous attempt to break into it. This move
would make it impossible for any criminal to break into the ATM because we have
heard of these cases uncountable times. These security firewalls should be
upgraded regularly.
·
More
Security Presence– (James Ameh)
states that one of the ways to improve services and guarantee safety of ATM
users is to provide adequate security at ATM points, especially in suspected
area of high tendency for criminal activities. The story of how a man was shot
dead in the early hours of a day, sometimes last year in the Lekki axis of
Lagos is still fresh in our minds. The provision of adequate security personnel
around these ATMs speaks volumes because most of these street urchins and other
criminals hang around these points at wee hours to carry out nefarious acts
especially in quiet neighbourhoods.
·
Encryption
of passwords (Kenneth Okonkwo) – This
respondent believes that one of the ways the Automated Teller Machine can be
fortified is to ensure that PIN codes and other security information are
encrypted so that only the card holder can access the card, I totally agree
with this tip. In light of some shocking revelations of how some bank’s staff
take advantage of their vantage position to certain information to carry out
unimaginable acts. This tip would ultimately ensure that it is drastically
reduced. The encryption of password would make it almost impossible for any
other person to access the customer’s account except with the consent of that
person expressly stated.
·
Enhancing
the Microchip on the card (Andrew A) – The
Microchip on the ATM is where the customer’s financial information as well as
personal records is warehoused. It is the most important feature of the
credit/debit card. Enhancing the microchip is the same as enhancing the total
security of the card. The card could also be upgraded to detect if it is in the
wrong hands using Artificial intelligence (AI).
Perhaps,
in this course of this research, I noticed that most of my respondents do not
know that the Automated Teller Machine is fortified with a high-tech security
feature that I would like refer to as Pin Code Reverse. This means that when
you type your PIN in reverse, the ATM stills dispenses cash but automatically
sends a signal to the nearest Police Station that something is fishy. It is
very helpful especially in times of coercion because you are the only person
that would know that the PIN code as being typed in a reserve format. 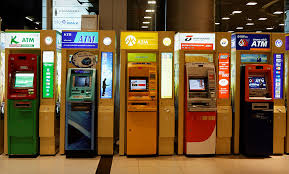 Conclusively,
this write-up would not have been possible without the numerous contributions
of those that took out time off the tight schedules to answer the questions in
my questionnaire. They really help in the course of this survey and I want to
say a very big THANK YOU.
THANK
YOU and GOD BLESS YOU ALL 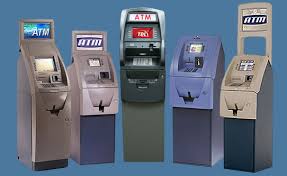