DO PEOPLE FALL IN LOVE IN HEAVEN? 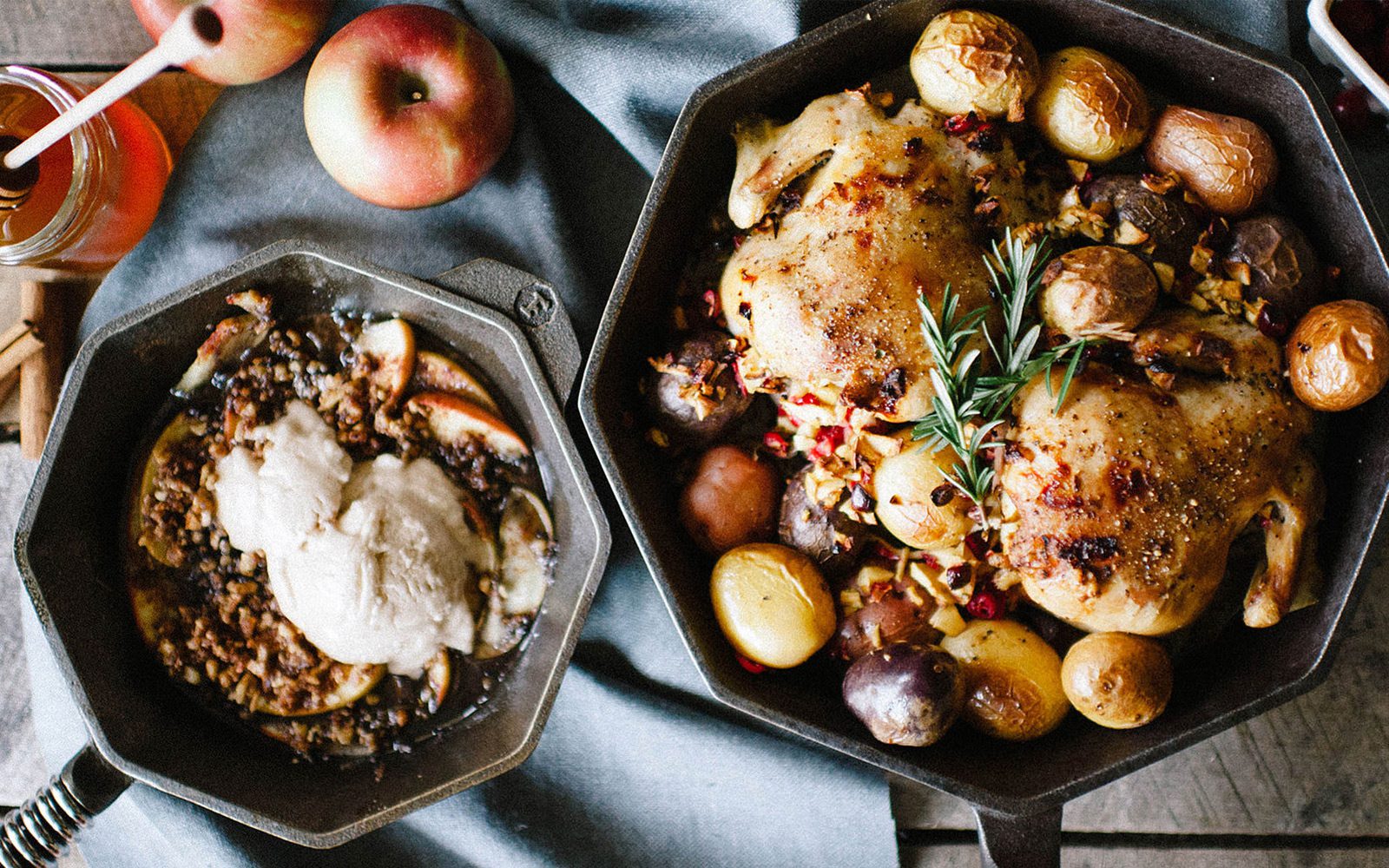 Welcome back to our basics
series. Now imagine yourself out in the wilderness. Your motorcycle lays just
feet from where you’ve set up camp. The only light comes from the glow of your
fire and the ceiling of night stars above you. Your stomach growls, it’s time
for dinner. You reach for something to cook that thick, juicy steak with. Out
comes the cast iron pan. Flames lick the metal as you throw your steak onto the
pan. The cheering of sizzling meat echoes through the wild. You revel in
another successful meal in your trusty cast iron pan.
Okay, okay, that story might
be nothing more than a fantasy but the point is that you need a cast iron pan.
Why? Let me explain.
There is no other item in your
kitchen as versatile as the cast iron pan. Throw it on the stove, in the oven,
on your backyard grill or yes, even on a fire. Unlike your mother’s trusty
non-stick skillet, the cast iron is meant for everyday cooking. It’s nearly
indestructible, easy to clean and cool as hell. For men(and women) looking to
upgrade their cooking game without watching endless reruns of the Food Network,
this is the way to do it.
History

The cast iron pan can be dated
all the way back to ancient China. As trade opened up along the Silk Road, the
cast iron pan made its way through Europe. Soon the cast iron became a tool
used everywhere. Here in America, our imagery of the cast iron pan comes from
the trailblazers making their way out west. Thanks to a love of everything not
from this decade, the cast iron has come back. Follow the trend of famous chefs
everywhere and learn why the cast iron is one of the best things on the planet
to cook with.
How to Use

Cast iron pans are minimalist
cookware at its best. They’re non-stick and sturdy. Simply heat, splash some
good quality olive oil in the pan and cook your heart out. Trust us, meats
taste way better on a cast iron than whatever celebrity endorsed pan you’re
currently cooking on. Better yet, flavors work themselves into the pan,
seasoning your pan after each use.

If for some reason you’re
still not sold, the cast iron is super easy to clean. Just take a wet rag and
wipe away whatever grime is left over after cooking. Any harsher washing will
scuff the pan and take away that all-important seasoning. So you can skip that
battle with the mound of dishes that usually taunt yours after cooking.
What to Cook

Ripping hot cast iron pans
usually scream, for one thing, meat. High, even heat and the ghosts of meals
pasts all work to season and lock in the flavors of whatever you’re cooking. If
you’re trying to go for that restaurant quality crust on your steaks, then the
cast iron is really the only way to go. Chicken, Pork and pretty much any type
of meat is going to cook up great. However, you need to avoid cooking fish of this.
Fish needs to be cooked slowly and with gentle heat. I guess your mom’s
non-stick pan does have a use after all.
Not a meat eater? Or maybe
you’re trying to get more veggies into your diet. Don’t fret, the cast iron is
here to help. Just like with meat, the cast iron pan imparts char and smokey
flavor into whatever your cooking. This makes that side of broccoli far more
appealing.
Here’s a list of some great
recipes
While owning a cast iron
hasn’t turned me into a motorcycling adventurer(yet), it has dramatically
improved my willingness to cook as well as my cooking itself.
Let us know what recipes you
love to make and what kitchen tools you need to make it possible!