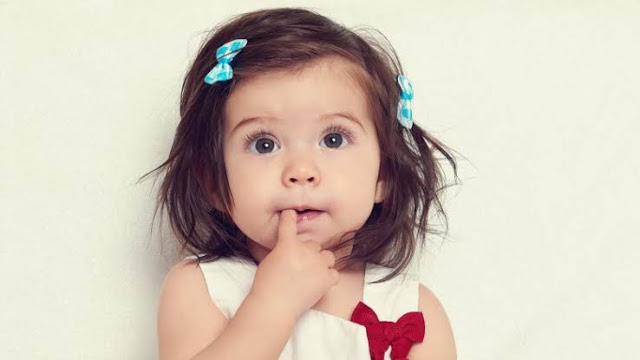 When you think of a word that sounds beautiful, if only you didn’t know what it meant, what comes to mind? How about the poetic “miasma?” It means, among other things, “a vaporous exhalation formerly believed to cause disease” or “an influence or atmosphere that tends to deplete or corrupt.” The word “melanoma” sounds similar to the pretty name Melanie, but we all know it refers to a form of skin cancer. How about the word “diarrhea,” which is really quite melodic when spoken aloud, but which means — well, you know.

And what fan of Beverly Cleary’s “Ramona” children’s books could forget that time little Ramona named her doll Chevrolet — not because she was an auto aficionado, of course, but simply because she thought the name sounded lilting and gorgeous to the ear?

The following beautiful baby names don’t all have silly and/or ominous meanings like the above, of course, but their origins and implications are
different than you’d imagine from the sound of the name alone. Some of these names are odd, some are interesting, and some are dark, but all are worth taking the time to ponder.

Derived from the German Saxon, this baby girl name might sound lovely, plucky, and cute, but it actually literally translates from the German “sahs,” which means “knife,” according to Behind the Name. That, of course, is not a bad thing in itself: knives can be used for many things besides dispatching one’s enemies — like chopping food, whittling down sticks to cook marshmallows on over an open fire, and so on.

In any case, Saskia is catching on in popularity — it was #106 on Nameberry, as of last year. It’s also the name of actress Saskia Reeves, known for starring in the miniseries Dune. There’s also the character Saskia Kupferberg (played by actress Julie Goldman) who appeared on the hit series The Sopranos. And, of course, the celebrated Saskia van Uylenburgh, wife of the painter Rembrandt.

Anyway, Saskia is a catchy, pretty, and memorable moniker, so go ahead and get ready to “cut” that first birthday cake.

Popularized by actress Thora Birch of American Beauty and Ghost World fame, this name (which means “thunder goddess,” and which is derived from the name of the male Norse god of Thunder, Thor) may refer to a violent phenomenon, but it’s a wonderful nature-inspired moniker, nonetheless. It’s not a very popular name (not that that matters), but it is in good company with other god/goddess names like Freya.
According to Behind the Name, Thora is a form of “Tora” and even “Pora;” it has Norwegian, Icelandic, Danish, and German variations. In any case, it’s arguably more beautiful and more unique than other tumultuous-weather names like Stormy (which has some very interesting pop culture references in 2018, to say the least) and the much gentler-sounding Rain.


And besides, if you’re going to name your baby girl after a goddess, why not choose a strong one who represents one of nature’s most exhilarating displays of power?

Thana — it has a compelling ring to it, yes? A seldom-heard kind of intrigue. That it does, but this beautiful and enigmatic moniker also literally means “death.” The name is derived from Thanatos — he is widely considered to be a Greek god of death, but who is actually merely a “demonic” representation of it, and a neutral nature spirit to boot, according to greekmythology.com.


However, Behind the Name describes Thana as meaning “praise” in Arabic, so the juxtapositions here are very interesting, indeed. In arthouse filmdom, Thana, the avenging feminist anti-heroine, was played by the late, great, beautiful actress Zoe Lund, whose performance in Abel Ferrara’s cult classic Ms. 45 was nothing less than extraordinary, even if the film itself was rather (and deliberately) campy.


To sum it up, then, Thana is really a multifaceted name that might very well not be quite as sinister as one of its meanings would suggest.


Lovely as it may be, Deyanira (or Deianeira) is a name that hails from one the epic tragedies of Greek mythologies; her name translates to “man-destroyer,” or “destroyer of her husband.” In lore, Deyanira was given a shirt by the centaur Nessus, which had been saturated with the blood of a poisonous Hydra; he told her that if her husband, Heracles, were ever unfaithful to her, or ever fell in love with another woman, that she should give him the garment to wear.


Years later, Heracles did indeed fall in love with another; Deyanira gave him the shirt, which he could not take off, and which scalded his flesh so agonizingly that he finally threw himself on top of a funeral pyre to put an end to his suffering. This is the stuff great plays (and horror movies) are made of, no? If you can look past these dark mythological tales, it’s truly a beautiful name.

This lovely Hebrew name is one of those monikers that seems to have it all — it’s unique, but its similarity to more common names like Lara, Dara or Tara gives it a familiar ring. The biggest difference, though, is that it has a far more ominous origin than that of its rhyming sisters: it means “bitter.”


Interestingly, the name Mara is connected to the Biblical moniker “Naomi,” which, ironically, means “pleasant.” As Behind the Name tells it, Naomi, the mother-in-law of Ruth, renounced the positive meaning of her name after the deaths of her spouse and sons, declaring, in deference to her perpetual sorrow, that she should ever-afterwards be referred to as “Mara.”


Moreover, Mara is also a divine figure in Hinduism and Buddhism, whose name literally translates to “death,” and she’s sometimes referred to an actual demon. So, that’s that. But take heart: Mara is a beautiful name. Nothing’s going to change the fact that your baby girl is certainly going to be an angel, rather than a vengeful entity from the depths.

Corentin, a great and rare boy’s name, means “tempest, hurricane,” according to Nameberry. That definition, however, is nothing compared to the tale of St. Corentin himself, a hermit who had an extraordinarily interesting relationship with seafood, of all things. According to legend, the Saint resided in a hermit’s cell on a mountaintop, and had no source of food. There was, however, a bubbling spring nearby, in which a single fish lived; and this fish was able to provide Corentin with an ongoing food source by — get this! — allowing the Saint to slice “a cutlet sufficient for the day’s food” from its own body, as The Baldwin Project put it.


After allowing Corentin to take his daily slice, the fish swam back into the water, apparently completely unharmed. He presumably possessed remarkable powers of rejuvenation?  Or maybe he was so padded with surplus flesh that a slice or two off his gills was really no big deal. So if you choose this moniker for your baby boy, he might just turn out to be a champion swimmer. Or a champion chef, maybe?

There’s no denying it: Cain is a really cool name. However, most people are familiar with its Biblical context, which is both violent and tragic. The moniker’s literal translation, according to Nameberry, is “spear, possessed.”


Cain and Abel were, of course, the sons of Adam and Eve. When the two brothers grew up, Cain offered God some fruit as a gift, but was rejected. The apple had been partially responsible for Eve’s expulsion from paradise, remember, so this may have been one reason that God disdained Cain’s offering. When Abel offered him one of the fattest sheep from his flock, however, God was pleased.


For his part, Cain was jealous, so he killed his brother. God then famously placed a mark upon Cain’s forehead, which served to brand him as a murderer forever afterwards. If religious symbolism is of deep importance in your family, this might not be the best name to choose for your little one.

Though the name Bram, itself, means nothing sinister (according to Nameberry, it’s a variation of Abraham, and translates to “father of multitudes”), it belongs on this list because of the indelible ways it’s become associated with the Gothic, over the years. First and foremost, of course, there’s Bram Stoker’s Dracula to consider. Then there’s Brom Bones (though he spells his name with an O), Ichabod Crane’s rival in Washington Irving’s The Legend of Sleepy Hollow, who may (it’s implied) have even killed Crane by posing as the ghostly Headless Horseman, and hurling a “decapitated” pumpkin at him.


Besides, even if Bram is descended from Abraham, the name still has a possibly ominous meaning, if you want to get technical. Abraham, remember, was called to sacrifice his son Isaac to please God, though God fortunately stopped him from doing so at the last minute. Depending on your perspective, you may or may not want to pay homage to a man who nearly sacrificed his own son in the name of God.


Regardless, none of this really matters compared to Dracula, which is fantastic. So do it. Choose Bram.

Samael sounds like a really cool name, especially with its similarity to Samuel. However, interested parties (read: parents) should probably be aware that it actually means “demon.” Samael is, nonetheless, also associated with “the heavenly hierarchies,” as Mystica explains it; he is, in other words — much like Lucifer himself — a fallen angel. He’s also referred to as “chief of the Satans,” if that does anything for you.


But, being a fallen angel, he was not all bad. Technically, he was still an entity who served God. On the other hand, some Judaic texts say that he appeared in the form of a serpent to tempt Adam (not Eve, interestingly), and some call him the Angel of Death, himself.


But most people probably aren’t going to know any of this, and are likely going to think of the name as a variation of the above-mentioned Samuel. So if you like the moniker, don’t let its connotations scare you away. Besides, there’s always the power of reinvention to consider — once your little boy is born, his name won’t symbolize anything but love and joy, anyway.

SHE ONLY NEEDS HER LOOKS