WHEN WILL IT WORK? 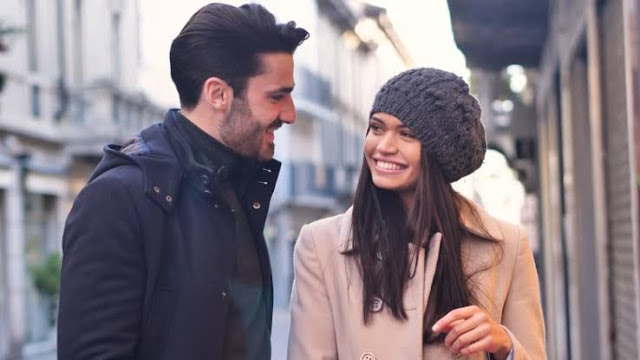 A doctor of social and personality psychology, Jeremy Nicholson (aka the “Attraction Doctor”), revealed that dating — especially for women — is extraordinarily challenging in this modern age. But, of course, you don’t need a doctor to tell you that. What you might not know, however, is why. Nicholson wrote for Psychology Today that women are in a “double bind” between the sorts of men they find biologically attractive and “the type they choose to attach to.” Often times, these types are at odds with one another.

Other experts also cite a handful of reasons for involuntary singleness, including everything from not prioritizing dating enough to being too emotionally invested. As you can see, venturing into the dating world can be intimidating. But, if you’re a single lady looking to crack the male code, you’ve come to the right place. And if you’re not single, well, we won’t fault you for being curious. Here are the behaviors that are proven to attract men the most.

More than likely, you are naturally adept at one behavior men find most attractive. A comprehensive study of over 10,000 people found that kindness was “universally desired.” Just as you are looking for a kindhearted partner, men, too, are looking for someone with a similar disposition. The study further linked kindness to “a cooperative disposition, interest in long-term relationships, ability to form social alliances, and empathy in rearing children.” So, it’s not hard to see why kindness is attractive. But, could it really be just that simple? It appears so.

“No articles are giving advice on how to be ‘nice,’ even though we’d all be so much better off simply being kind rather than spending hours in front of the mirror,” Ken Page, the author of Deeper Dating, told Shape. Your kindness will likely be evident on a first date simply by being considerate, such as arriving on time and being polite to your restaurant server.

Laughing at his jokes

Apparently, it’s not enough to just think your date is funny, he also has

to know you think he’s funny. A study performed by three universities across the United States and Canada found that while both men and women are attracted to people who have a “good sense of humor,” men interpret this phrase differently than women. They’re not necessarily looking for a partner who is funny herself, but one that can appreciate a good joke — or more specifically, their jokes.

“Men emphasized the importance of their partners’ receptivity to their own humor,” the abstract read. Translation: men like it when women laugh at their jokes, but they don’t care so much whether said woman is funny herself. A different study (via Mating Intelligence Unleashed) by a neuroscientist and professor of psychology at the University of Maryland found that women, too, are more likely to see themselves as the partner who appreciates humor, but not necessarily the one who produces humor. Hmm, there’s a lot to unpack here — don’t shoot the messenger.

Letting your hair down

If you’re wondering if you should wear your hair up or down on a first date, science says men are more attracted to the latter. Using six hairstyles — short, medium-length, long, disheveled or messy, bun, and unkempt — researchers were able to determine just what men find attractive. In the end, only two hairstyles — long and medium-length hair — “had a significant positive effect on ratings of women’s attractiveness.” Additionally, men considered women with
longer-length hair to be healthier, “especially if the subjects were less attractive women.”

While the other hairstyles “did not influence the evaluation of their physical beauty” one way or the other, having medium to long hair and letting it down downright mystifies men. Of course, how you decide to wear your hair is totally up to you, though it would be interesting to test out this theory on future dates.

Having a positive personality

What is more important to men than looks? Contrary to what you may think, personality traits do matter. As part of a study by the Department of Psychology at the University of Westminster in the United Kingdom, 2,000 male college students were assigned to one of ten groups at random and asked to rate the attractiveness of women of different ages and sizes. In their respective groups, they either received positive information about the personalities of the women they were asked to rate, negative personality information, or received no information whatsoever. The result?

“Participants provided with positive personality information perceived a wider range of body sizes as physically attractive compared with the control group,” the abstract highlighted, “whereas participants provided with negative
personality information perceived a narrower range of body sizes as attractive.” Sure enough, this study proved that by possessing positive personality traits, you can directly influence a man’s “perception of physical beauty.” Pretty wild stuff, wouldn’t you say?


Making these kinds of purchases

While you may be (justifiably) lusting over a Hermés handbag, both men and women don’t find luxury purchases so attractive when they’re made by their potential partners. At least that’s what Theresa E. DiDonato, Associate Professor of Psychology at Loyola University Maryland, and Brittany K. Jakubiak from the Department of Psychology at Carnegie Mellon University, revealed in their 2015 study. As part of their research, participants were asked to read descriptions of a stranger’s purchase decisions, which included whether the purchase was “eco-friendly” or “luxury.” The participants then reported what they thought of the stranger — including their “potential romantic interest.”

The professors revealed, writing, “Compared to luxury purchasers, eco-friendly purchasers were ascribed greater warmth, competence, and good partner traits, but less physical appeal, and they were preferred for long-term but not short-term relationships.” Basically, men and women lust for Lexuses, but they want to settle down with the Priuses of the world.

If there were a super simple action you could take to attract a romantic partner, would you do it? The “Attraction Doctor” and author of the book of the same name, Jeremy Nicholson, told Shape that simply showing interest in, and listening to, your date is “like an aphrodisiac, and will cause the other person to find you more attractive.” So, how does one actually show interest?

Science has determined that, much like other mammals, our body language — or, more specifically, movements — play a role in attracting a mate. As it happens, what women can do to attract a man is not much different from what female gorillas do to attract a mate. From pursing their lips to maintaining eye contact, they’ve got this attraction thing figured out. In a more human and practical way, Nicholson advises leaning in toward your date, smiling, and making — and keeping — eye contact. You’ve got this!

If you’re looking to catch a man, you might just want to start mimicking him. For real.

People naturally have the tendency to imitate others’ posture, mannerisms and behaviors — often times without even realizing they’re doing it. The article “Where is the love? The social aspects of mimicry,” written by psychology experts and researchers, revealed “when we are more concerned with others, depend more on them, feel closer to them, or want to be liked by them, we tend to take over their behaviour to greater extent.” But that’s not all imitation can do.

A study cited by the experts found that people who were mimicked by someone ended up liking that person more and had “smoother interactions.” Another study that was referenced implemented a a “realistic interface agent” or virtual reality avatar who would either imitate participants’ head movements or perform different movements. The mimicking avatars were considered both “more likable” and “more persuasive” than the avatars that did their own thing. Imitation is the sincerest form of flattery flirting.

First dates are always nerve-wracking. You want to like him and, if you do, you want him to like you back. Perhaps that’s why 43 percent of people surveyed in 2016 by Match.com’s Singles in America (via Elite Daily) admitted to lying on first dates. Whether you’re keeping big secrets, like having children, or telling white lies, like what your real hobbies are, fibbing is detrimental to dating.

In one study, students were asked to read a description of a man or woman who was said to be either high or low in intelligence, independence, and honesty. The students were also shown a photograph and asked to rate the man or woman based on their physical appearance. The results “indicated a substantial effect” when the characteristic of honesty was applied. The study revealed, “…the honest target, as opposed to the dishonest target, was seen as being more fit and in better health and as having a face that looked more kind, feminine, and attractive.” Being honest is essentially like taking a dip in the fountain of youth.

Having a girl squad

If you’re interested in someone, you undoubtedly want him and your friends to get along. Surprisingly, your friends may have been what endeared your man to you in the first place. It sounds odd, but this phenomenon is called “the cheerleader effect.” And if that sounds like it’s something Barney Stinson from How I Met Your Mother would say, it’s because he has. Nevertheless, this theory is rooted in truth.

Science has proven that “a group’s physical attractiveness is greater than the average attractiveness of its members.” It’s strange, but this may be because of how our brains decipher visual input. George Alvarez, a professor of psychology at Harvard University, explained that we as humans can only process a “handful of objects at once.” Our brains make do with this limitation by paying attention to the “most relevant incoming information” and grouping details. Yes, even cheerleaders it would seem.

SHE ONLY NEEDS HER LOOKS