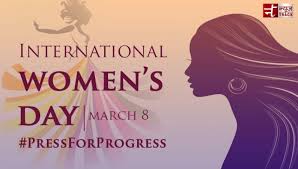 “Achieving gender equality and empowering women and girls is the unfinished business of our time, and the greatest human rights challenge in our world.”

UNSecretary-General, António Guterres
Last Thursday, 8th March was International Women’s day. IWD as it is fondly called is an annual observance dedicated to celebrate the efforts, achievements and contributions of women globally; its roots are in movements campaigning for better pay and voting rights. The first National Women’s Day was marked on 28th February 1909 in the United States after a declaration by the Socialist Party of America.
Truth be told, I am a strong advocate for Women Rights and gender equality, this claim can be authenticated by the number of articles I have written against gender inequality, domestic violence, child labor and marriage, female genital mutilation to mention a few. It would also interest you to know that it is the fourth time in four consecutive years I am writing an article to commemorate the International Women’s day as a show of solidarity to the female gender.
In consequence, we would check out the last three articles on IWD and remind ourselves of the specific themes they are centered on. They are summarized in subsequent paragraphs;
In 2015, my article titled – “Gender Equality: Let’s Make It Happen” discussed the problem of gender inequality and offered workable solutions. It was published by Daily Independent. Excerpts; “Regrettably, one of the challenges that the feminine gender is faced with is gender inequality, the unavailability of access to equal opportunities that men enjoy. Many disparities persist between women’s legal rights and their economic status.” To continue reading,please click here. 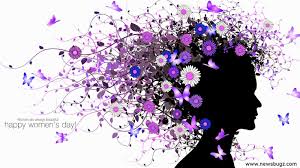 In 2016, my article titled – “PLANET 50-50 BY 2030:STEP IT UP FOR GENDER PARITY (& DISCRIMINATION AGAINST WOMEN IN THE LABOR MARKET)” x-rayed the challenges women face in the labor market and by extension, in their respective workplace. Excerpts from the article; “This year’s International Women’s Day is a time to reflect on progress made, to call for change and to celebrate acts ofcourage and determination by ordinary women who have played an extraordinary role in the history of their countries and communities and ultimately, to enhance gender parity to 50-50 by the year 2030. This piece offers to analyze the discrimination against the female gender in the labor market which co-incidentally happens to be one of the yardsticks of measuring gender equality and offer workable solutions.” To continue reading, please click here.
In 2017, I took ita step further, my article titled – “International Women’s Day 2017: THE TALE OF TWO GREAT HEROINES” celebrated two late Nigerian heroines who contributed tremendously to the development of their people, their country and ultimately, their continent. Excerpts from the article; “In consequence, I would use the opportunity the International Women’s day presents to motivate my readers by sharing the inspiring stories of two great Nigerian women who helped their country enormously with their selfless and patriotic service to the nation till their time of their death.” To continue reading, please click here. 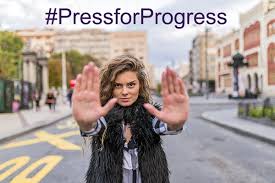 “The Time is now: Rural and urban activists transforming women’s lives”
This year, International Women’s Day comes on the heels of unprecedented global movement for women’s rights, equality and justice. Sexual harassment, violence and discrimination against women have captured headlines and public discourse, propelled by a rising determination for change.
International Women’s Day 2018 is an opportunity to transform this momentum into action, to empower women in all settings, rural and urban, and celebrate the activists who are working relentlessly to claim women’s rights and realize their full
potential.
Echoing the priority theme of the upcoming 62nd session of the UN Commission on the Status of Women, International Women’s Day will also draw attention to the rights and activism of rural women, who make up over a quarter of the world population and majority of the 43 per cent of women in the global agricultural labor force.
They till the lands and plant seeds to feed nations, ensure food security for their
communities and build climate resilience. Yet, on almost every measure of
development, because of deep seated gender inequalities and discrimination,
rural women fare worse than rural men or urban women. For instance, less than
20 per cent of landholders worldwide are women, and while the global pay gap
between men and women stand at 23 per cent, in rural areas, it can be as high
as 40 per cent.
They lack infrastructure and services, decent work and social protection, and are left more vulnerable to the effects of climate change. Rural women and their organizations represent an enormous potential, and they are on the move to claim their rights and improve their livelihoods and well-being. They are using innovative agricultural methods, setting unsuccessful businesses and acquiring new skills, pursuing their legal entitlements and running for office.
On 8 March, join activists around the world and UN Women to seize the moment,
celebrate, take action and transform women’s lives everywhere. The time is NOW.

In the short video provided above, The United Nations Secretary General – António Guterres gives an explanation of how gender equality is given utmost attention in the world’s biggest humanitarian body.
Today, I want to encourage every one of us to move beyond mere words and join the battle for gender parity and equal opportunity between both genders. 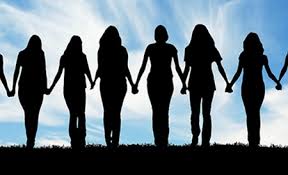