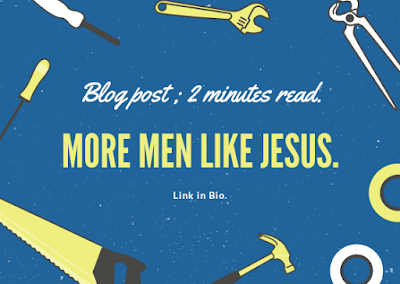 The woman of Samaria looks like more of our modern women, and it wasn’t that she was just promiscuous, since she’s had 5 husbands past and was now living with another man who wasn’t her husband. Most likely all the men in her life were never just sufficient, from her father to all the men she’s had to deal with.
And society judge those kinds of women, but Jesus didn’t, Jesus was ever so kind towards women. He never sided with society to judge, condemn, defame, relegate and destroy them. No.
But the truth is, that woman of Samaria was just not satisfied, she was looking for something. She didn’t just want to be hopping from men to men, but she just had this thing inside her that no man has ever satisfied and it wasn’t sex.
And I like this woman, she wore her stigma like armor and still lived life happily, she didn’t give a flip. But when she met Jesus that thirst was quenched. isn’t it amazing that our Lord knew her issues were a matter of thirst and his pickup line was tailored along drinking living water and thirsting no more.
The Bible said after she left Jesus she went into “the city and said to the men” she didn’t go to the women she went to the men and said “Come and see a man…” she was like all you people are not men enough, I’ve found a real man, and it wasn’t a matter of sexual relations but Jesus touched her where no man hands have ever reached, he touched her heart. He touched the core of her being, she erupted because love has found her.
Here is a challenge to men, to be more like Jesus, if we had more men like Jesus we’d have fewer women hopping from men to men, now this is not an absolute statement and some women just have bad character (and so also some men are unbearable), back to my message.
When men aim to be more like Jesus and focus less on our insecurities to impress a woman, we will never stop being impressive and adored by our so beloved women.
Jesus is the example of the Total man, remember he never had sex and yet he was complete and we have the pleasure of sex coupled with our privilege to grow and become more like Jesus. That my friends are part of the greater works he said we would do.
More men like Jesus as a male and a son of God will keep society in order, will protect women and family, will help and not destroy women, will give equal opportunities and allow for the prosperity and flourish of the woman. Will not look down on her, but yet know she’s the “weaker vessel” (it is physical, not mental and it also means emotional vulnerability handle with care)
As we celebrate International Women’s day today, we should always remember that we need more men like Jesus and women also are not left out, we are all called to be like Him, we are equal heirs of God says the scriptures. ❤✊🏽❤ Joel Osoba is a bible teacher and businessman focused on teaching and inspiring people to find, follow and fulfill God’s plan for their life. He believes that finding, following and fulfilling God’s plans is the true meaning of success in life. Joel blogs at LifeSpringWeb

Joel Osoba
View More Posts
Joel Osoba is a bible teacher and businessman focused on teaching and inspiring people to find, follow and fulfill God's plan for their life. He believes that finding, following and fulfilling God's plans is the true meaning of success in life. Joel blogs at LifeSpringWeb
Writer/Author/Bible Teacher/Public Speaker