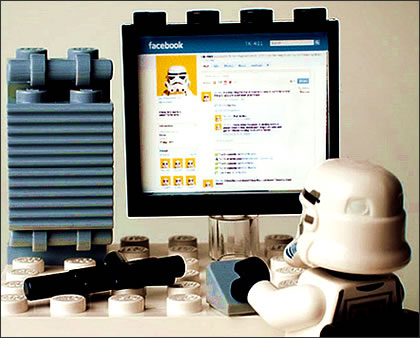 Do people display their actual or idealised personalities on social networking sites?

There are now over 700 million people around the world with profiles on social networking sites like Facebook and MySpace. In the US 75% of those between 18 and 24 who have access to the internet use social networking sites. And over the past four years, across all adult age-groups, their use has quadrupled.

But do these profiles tell us anything about people’s real-life personalities? Online it is very easy to display an idealised version of the self to others so surely the temptation to exaggerate or even give a completely misleading impression is just too great?


To find out psychologists recruited 236 US and German students who use social networking sites and had them complete personality measures (Back et al., 2010).

These measured first their actual personalities on what psychologists call the ‘Big 5’ personality traits (extraversion, agreeableness, conscientiousness, neuroticism and openness to experience). Secondly it measured their idealised personalities: who they would like to be.


Then independent observers were shown their real social networking profiles and asked to rate participants’ personalities.


After comparing the actual personalities with the idealised and observed, the researchers found that, on average, people were much more likely to display their real personality on the social networking sites rather than their idealised selves.


In line with other findings, this study found that, when looking at a stranger’s profile for the first time, some aspects of personality are more difficult to discern. Neuroticism in others is particularly difficult to gauge, whereas people find extraversion and openness to experience relatively easily to assess, even in strangers.


This study is another blow for that old stereotype that the web is some kind of scary hinterland, an untrustworthy place where anything goes and nothing is what it appears, peopled by adolescent boys pretending to be anything but adolescent boys.

Contrary to the received wisdom, as well as academic theorising that the internet encourages people to project an idealised self, this research suggests that people are remarkably honest in displaying their true personalities online.


Whatever the cause, this fact may help to explain the phenomenal popularity of social networking sites: the truth draws people in.