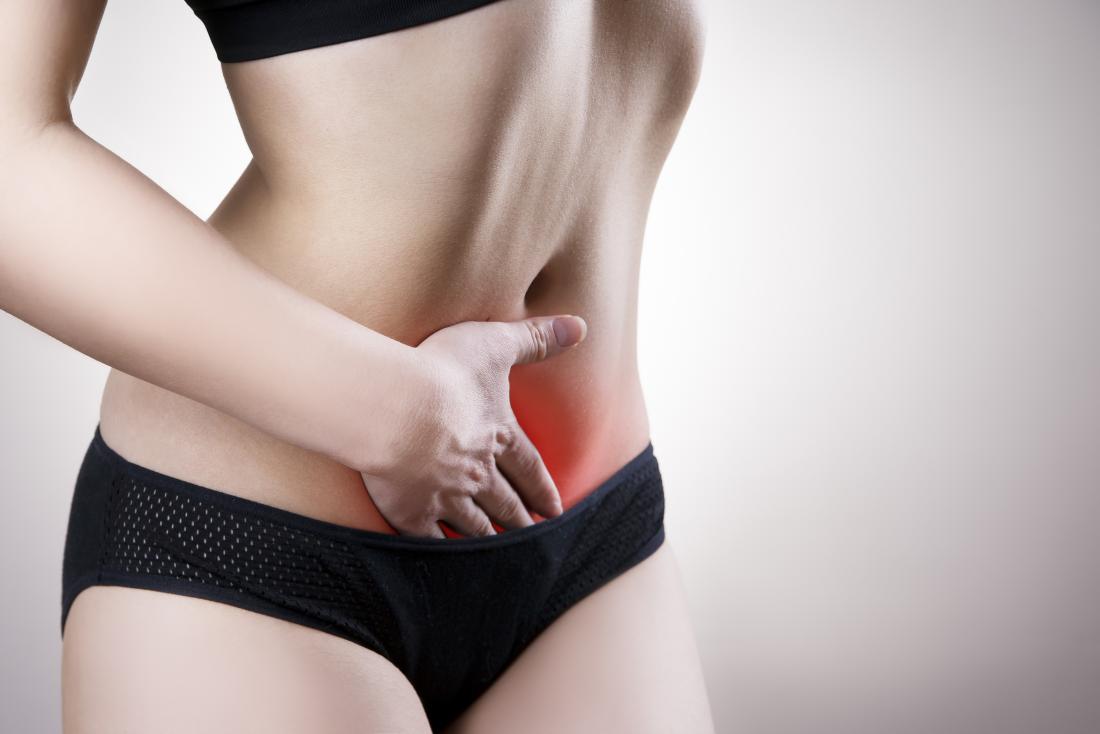 
Reviewed by Debra Rose Wilson, PhD, MSN, RN, IBCLC, AHN-BC, CHT
While most women are not regularly aware of their ovaries, many women do experience pain or discomfort in that area from time to time.


The ovaries are two small glands situated on either side of the lower pelvis. They play a vital role in reproduction, the menstrual cycle, and the development of sexual characteristics in women.

Each month, one follicle will mature into an egg, which is released from the ovary in a process known as ovulation. For most women, this occurs regularly from puberty until menopause.


Here are seven of the most common causes of ovarian pain:


Ovulation pain is also known as Mittelschmerz, which comes from the German words for “pain” and “middle.”

Ovulation is the process of an egg being released from the ovary and occurs on or around day 14 of the average menstrual cycle.

Some women do not feel anything during ovulation, but other women feel severe discomfort for several minutes or hours when they ovulate.

Mittelschmerz can occur on one or both sides of the body and is sometimes accompanied by nausea, bleeding, or increased vaginal discharge.

There is no treatment necessary for Mittelschmerz, although some women take the birth control pill to prevent ovulation and the discomfort that comes with it.


Pelvic inflammatory disease (PID) is an infection that has spread to the uterus, ovaries or fallopian tubes. Most of the time, the bacteria causing PID is sexually transmitted, such as from gonorrhea or chlamydia.

It is also possible to get PID from an infection after childbirth, IUD insertion, miscarriage, abortion, or another invasive procedure.

PID requires antibiotics to treat the underlying infection. Mild PID can be treated with a single injection, while more severe PID may require a stay in the hospital for intravenous antibiotics.


The ovary is connected to the abdominal wall by a thin ligament, through which the blood vessels and nerves that supply the ovary also pass. It is possible for that ligament to twist, or even become knotted.

Torsion is more common if there is a cyst on the ovary because the cyst makes the ovary heavier or larger than usual.

Ovarian torsion causes severe ovarian pain and is a medical emergency. Without quick treatment, the ovary may die because of the loss of blood supply.
4. Endometriosis


Endometriosis is the abnormal growth of menstrual tissue outside of the uterus. This tissue can grow anywhere in the abdomen or pelvis, including on the ovary, and it behaves in the same way as it does during a menstrual cycle.

At the beginning of the cycle, the tissue grows in response to the hormones in the body.

Once menstruation begins, the tissue also starts to peel off and shed, just like the lining of the uterus. This can cause internal bleeding, scar tissue, and severe abdominal or pelvic pain.


An ovarian cyst is a fluid-filled sac that grows on a woman’s ovary. Ovarian cysts are very common and in most cases do not cause any symptoms.

A large or ruptured cyst, however, can cause a variety of symptoms, including:
Most cysts are benign (non-cancerous), but in extremely rare cases they may be cancerous.

If an ovarian cyst is small, the recommended treatment may be to watch and wait to see if it goes away.

Some doctors will prescribe a birth control pill to help the cyst shrink. If the cyst is very large, surgery to remove the cyst may be necessary.


Ovarian remnant syndrome only occurs in women who have had their ovaries and fallopian tubes surgically removed.

If any of the ovarian tissue remains in the pelvis, it can continue to respond to and produce hormones.

This can cause pain that is either constant or comes and goes. Women with ovarian remnant syndrome can also experience pain during sex, when urinating, or having a bowel movement.

A woman with ovarian remnant syndrome may need medication or radiation treatment to destroy any remaining ovarian tissue. This will reduce the hormones produced by the leftover tissue.


It is possible that a medical condition in another organ can cause pain that feels like it is coming from the ovaries. These can include appendicitis, ectopic pregnancy, kidney stones, constipation, or early pregnancy.

A doctor will first need to determine what is causing the pain, and then figure out the best course of treatment.

This may mean surgery to remove an appendix or ectopic pregnancy, laxatives to relieve constipation, or pain relief until a kidney stone has passed.


Anytime a woman is having unusual pain in her pelvis she should check in with a healthcare professional. The doctor will be able to perform a pelvic exam or order additional diagnostic tests to help figure out the source of the pain.

Complications associated with ovarian pain depend on what is causing the discomfort.

For example, there are no health complications or long-term problems associated with Mittelschmerz, but a ruptured appendix can be life-threatening if not treated quickly.

Untreated ovarian torsion can lead to the death of the ovary, loss of fertility, and even severe infection or death. The pain associated with ovarian torsion is usually very severe and prompts a woman to call for emergency medical help.

Endometriosis or infections, such as PID, require treatment so that they do not cause other long-term health problems, such as infertility.

Appendicitis or a ruptured ovarian cyst can cause infection or scarring in the pelvis, and can even be life-threatening if left untreated.

It is especially important to seek immediate medical care if the pain is suddenly very severe, or is accompanied by other symptoms, such as:
Very severe pain should be evaluated quickly, which may mean going to the emergency department.


Ovarian pain may or may not have a serious cause. Even if the pain is not severe, it is important to mention the discomfort to a doctor so that it can be evaluated.

There may be a simple way to relieve the pain, or it may be more serious and require treatment. In either case, it is better to get checked out to be sure.