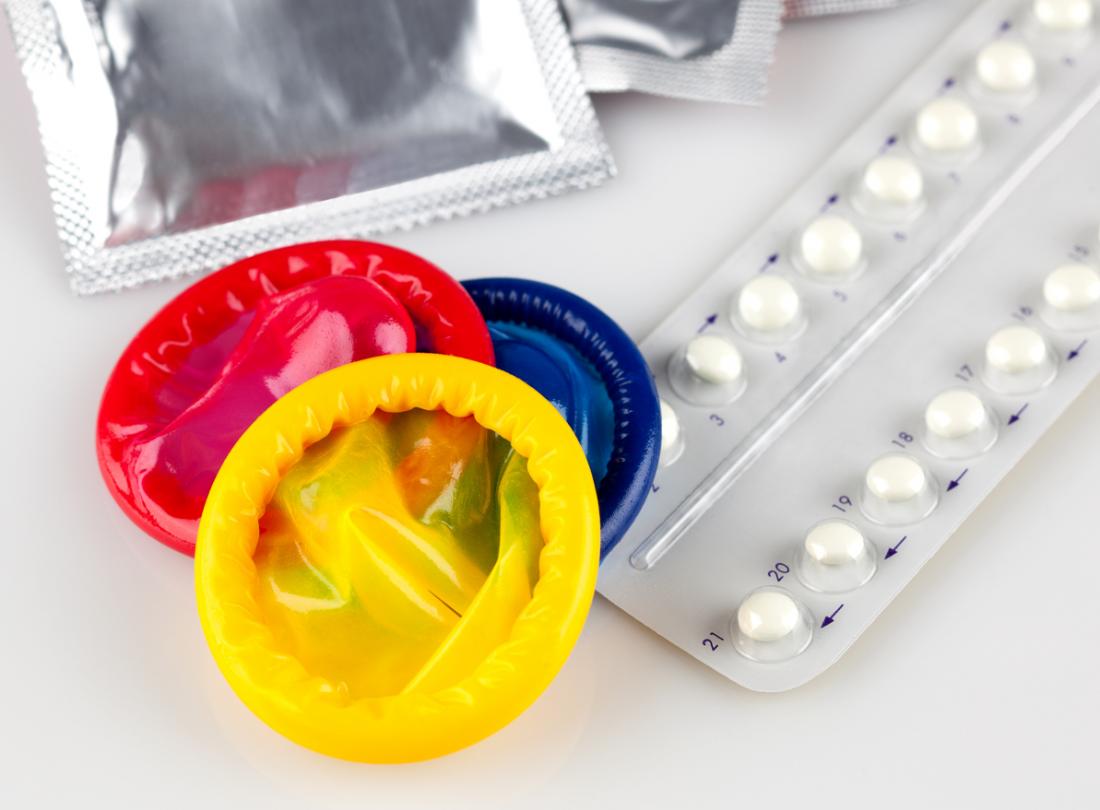 By
Bethany Cadman
Reviewed
by Alan Carter, PharmD
How do spermicide condoms
work? Pros and cons Other options Takeaway
A spermicide condom is a
barrier form of birth control worn on the penis during sexual activity. It is a
thin sheath typically made from latex.

A spermicide condom differs
from other condoms because it is coated with spermicide, a type of chemical
that kills sperm and is designed to prevent sperm from entering the uterus.

How do spermicide condoms
work?

Spermicide usually comes in
the form of a jelly, although it can also be a cream, foam, or gel. The
chemical used in spermicide is typically nonoxynol-9, which works by preventing
the sperm from moving.
When ejaculation occurs, the
sperm will usually start swimming towards the cervix. However, spermicide is
designed to kill the sperm before they reach the uterus and potentially find
their way to an egg.
When used correctly, regular
condoms are 98 percent effective as a form of birth control. However, no
current evidence suggests that spermicide condoms are in fact any more
effective than regular ones.
When considering which form of
contraception to use, it is also useful to know how effective each option is at
preventing sexually transmitted diseases (STIs).
While condoms can
significantly reduce the risk of STIs if used consistently and correctly, there
is no evidence to show that spermicide condoms increase that protection.
In fact, there is some
evidence to suggest that frequent use of spermicides containing nonoxynol-9 may
increase the risk of HIV infection and other STIs.
It is also important to be
aware that using spermicides alone do not offer any protection against STIs and
are considered an ineffective form of birth control.
Pros and cons of spermicide
condoms


There are some benefits to
choosing spermicide condoms as a method of contraception, including:
However, there are also some
negative implications of using spermicide condoms, which people must take into
consideration, such as:
If a person does experience an
adverse reaction, such as itching, discomfort, redness or swelling after using
a spermicidal condom, they should talk to a doctor. Eliminating symptoms may be
as simple as switching brands, but a doctor can test for a latex allergy or
other condition.


Spermicide condoms are not for
everyone, and there are many different types of birth control available. Each
method has a different level of effectiveness and other pros and cons, so the
choice depends on the individual.
Other options for preventing
pregnancy include:
The female condom is worn
inside the vagina and prevents sperm from entering the cervix. When worn
correctly, it can protect against STIs, in much the same way as condoms that
are worn on the penis.
Every type of birth control
method has positives and negatives. A person’s lifestyle, personal preference,
and overall health can all help determine which kind of birth control and STI
protection suits them best.