#ENDSARS: WHAT WE REALLY WANT

DAC
2017: ACCELERATING PROTECTION, EMPOWERMENT AND EQUAL OPPORTUNITIES FOR CHILDREN
IN AFRICA BY 2030. 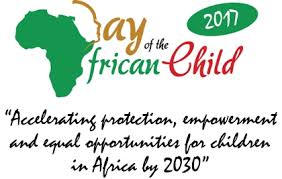 Good Morning Everyone,
today is the Day of the African Child (DAC) and this years’ observance will be
commemorated on the theme “The 2030
Agenda for Sustainable Development for Children in Africa: Accelerating
protection, empowerment and equal opportunity”. The Child friendly version
is “Accelerating protection, empowerment
and equal opportunities for children in Africa by 2030“.
The Day of the African
Child (DAC) is commemorated every year on 16th June in memory of the 16th June
1976 student uprising in Soweto, South Africa, during which students who
marched in protest against the poor quality of education were massacred by the
then apartheid regime in place in South Africa. The Day of the African Child
(DAC) has been celebrated on June 16 every year since 1991, when it was first
initiated by the Organization of African Unity (OAU). It honors those who
participated in the Soweto Uprising in 1976 on that day. It also raises
awareness on the continuing need for improvement of the education provided to
African children. In Soweto, South Africa, on June 16, 1976, about ten thousand
black school children marched in a column more than half a mile long, protesting
the poor quality of their education and demanding their right to be taught in
their own language. Hundreds of young students were shot, the most famous of
which being Hector Pieterson. More than a hundred people were killed in the
protests of the following two weeks, and more than a thousand were injured.
On June 16 every year,
governments, NGOs, international organizations and other stakeholders gather to
discuss the challenges and opportunities facing the full realization of the
rights of children in Africa. For 2014, the theme chosen returns to the roots
of the movement: A child-friendly, quality, free, and compulsory education for
all children in Africa.
Similarly, in a previous article on the
subject titled; The Challenges of the
African Child: Nigeria as a Case Study
(http://shegzsablezs.blogspot.com.ng/2017/06/the-challenges-of-african-child-nigeria.html),
I provided a vivid picture of the challenges mitigating against the full
actualization of the African’s child potential. I gave a long list of the
challenges and I also provided workable solutions to the problems. Excerpts; “Sheyi is barely six years old, yet he has to
contribute something to improve the fortunes of the family, he hawks plantain
every morning before going to school and he continues in the evening, he sells
bottled drinks with snacks at Berger bus park just to complement the little
pittance his parents earn. Sheyi’s story is a common one, these are situations
we are confronted with on a daily basis, you will always see child laborers,
child hawkers, child beggars, child conductors and even child agberoes in every nook and cranny
of our metropolises and you would be forced to wonder if it is as bad as it is
made to seem.  In rural areas, children,
especially girls, start work at 5 or 6 years of age.
Today, 16th of June is
the International day of the African Child and the bitter truth is that
the African child is the most shortchanged in the world. In subsequent
paragraphs, I would examine the challenges children from the black man continent
are faced with using Nigeria as a reference point.
Nigeria is the most
populated country in Africa, this writer’s country of birth and the worst place
to be born but ironically, the country is equally the highest exporter of crude
on the continent which makes her the best example. According to a UNICEF
survey, 45% of the country’s total population is below the age of 15 which
implies that about 66,484,000 people are within age 15 or below. This
astonishing figure should be a reference point for the country’s administrators
because this age group is what we generally refer to as leaders of tomorrow.
Hence, they should be given utmost consideration when decisions are taken but,
is that the case?” (Oluwole Olusanya, 2015)
Perhaps, I would like
to state unequivocally that this article is a reminder, a wake-up call and a
follow-up to the previous one earlier written to remind the decision makers and
those at vintage positions that the plights of children born into this continent
are real as proven in the article with extensive research findings and other
evidence stated in the previous write up.
Most importantly, this
write-up would not discuss the challenges, it would only provide
suggested/workable solutions to decision makers and encourage everyone of us to
offer our collective and individual contribution in the bid to ensure that no
stone is left un-turned in the journey to reverse the fortunes of the African
child. 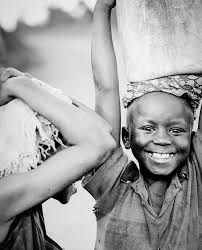 A massive
Re-orientation of the populace is urgently needed. In my previous article
titled; Child Marriage is Child Labor:
Change Begins with Me,
(http://shegzsablezs.blogspot.com.ng/2017/06/child-marriage-is-child-labour-change.html),
I buttressed the same point. Excerpts, “The
massive re-orientation of the people on the importance of ensuring that
children are given adequate education and their welfare is given satisfactory
attention demands for our collective dedication. Ignorance should not be
excused on the basis of poverty; these girls (and their male counterparts) are
children not commodities to be exchanged for cash or other valuables.”
(Oluwole Olusanya, 2016)
I totally agree that
we need to educate and re-orientate the average African parent on the need to
ensure that their wards are given the best head start in life.
“Secondly,
I would love to appeal to the international community, NGOs and the government
at all levels on the need to double the effort on the fight against child
marriage, exploitation and other forms of violence against children. The international
definition of a child is anyone below the age of 18 and these set of people
contribute an enormous figure to the world’s population statistics so the need
for them to be given adequate attention cannot be over-emphasized.” (Child
Marriage is Child Labor: Change Begins with Me – Oluwole Olusanya, 2016)
“If the situation is to
be improved on, the government, parents, NGOs and international organizations
like the UN, UNESCO, Amnesty International among others have to ensure that
efforts are channeled forwards ensuring the fate of the African child is not
tampered on.” (The Challenges of the Africa Child:
Nigeria as A Case Study – Oluwole Olusanya, 2015) 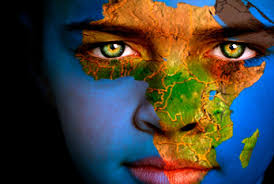