I was in high spirits when
I learnt that the 15th of September was the birthday of a doctor I have only
met once.  I chose to note this day
because the Doctor’s humility strikes my imagination, I have a great deal of
respect for people who act like they do not have anything when it is obvious
that they have a lot of things and I hope I get another opportunity to meet
this doctor so that I can tell him how he has inspired me positively.

Co-incidentally, the same
day is observed globally as the International day of Democracy which provides
an opportunity to review the state of democracy in the world. Democracy is as
much a process as a goal, and only with the full participation of and support
by the international community, national governing bodies, civil society and
individuals, can the ideals of democracy be made into a reality to be enjoyed
by everyone, everywhere.

In 2007, the United
Nations General Assembly resolved to observe 15th September as the
International Day of Democracy—with the purpose of promoting and upholding the
principles of democracy—and invited all member states and organizations to
commemorate the day in an appropriate manner that contributes to raising public
awareness.

The values of freedom,
respect for human rights and the principle of holding periodic and genuine
elections by universal suffrage are essential elements of democracy.  In turn, democracy provides the natural
environment for the protection and effective realization of human rights. These
values are embodied in the Universal Declaration of Human Rights and further
developed in the International Covenant on Civil and Political Rights which
enshrines a host of political rights and civil liberties underpinning
meaningful democracies.

Perhaps, I have written
two related articles on the subject matter, they are; “DEMOCRACY, SOCIAL JUSTICE AND THE RULE OF LAW ARE INSEPARABLE: NIGERIA
AS CASE STUDY” and “SOCIAL JUSTICE,
RULE OF LAW & DEMOCRATIC GOVERNANCE IN NIGERIA (PART 2)”.

In those write-ups, I
explained in explicit terms the correction between rule of law, social justice
and democracy in the Nigerian geo-political dispensation. Alternatively, this
article would be dedicated to educating my readers on the recent court ruling
in South Africa and how it would further strengthen the democratic processes of
the African continent. 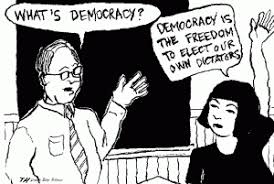 Sometimes in April, The
South Africa’s highest court ruled unanimously that President Jacob Zuma failed
to “uphold, defend and respect the constitution” when he ignored the order
of an anti-corruption watchdog to repay some of the millions spent to upgrade
his sprawling rural residence at Nkandla in KwaZulu-Natal. After delivering a
stinging rebuke to the President, the Constitutional Court gave the president
105 days to repay the “reasonable cost” of non-security-related
upgrades to his private home. The President Jacob Zuma however apologized for
the long-running scandal surrounding his private home and pledged to obey a
court ruling to repay some of the $16m of public funds spent on his property.

The embattled President
addressed the nation on television a day after a scathing ruling by South
Africa’s highest court said the president’s failure to accept a recommendation
from the public protector that he repay a portion of the money was a violation
of the constitution; “I wish to emphasize that I never knowingly and
deliberately set out to violate the constitution,” said Zuma, who faced growing
calls to step down after the Constitutional Court’s verdict. “I …
respect the finding that failure to comply with the remedial action taken
against me by the public protector is inconsistent with the constitution.” The
matter has caused a lot of frustration and confusion, for which I apologize, on
my behalf and on behalf of government.” He noted. (Source: Aljazeera.com)

Conclusion
Deductively, it is quite
apparent that times are changing rapidly with Africans getting more and more
involved in the democratic processes of their respective nation states but
there is still room for improvement. We need to continue to hold our leaders
accountable because we are somehow affected by their actions and in actions and
it goes a long way in shaping our future.

´Demanding Accountability
will ensure that governance, transparency and sound economic frameworks that
will ensure that these endowments are properly managed to offer unparalleled
opportunities for economic growth and development. Strengthen institutional and
governance framework that manage these resources is a good place to start.
Transparency can help increase accountability and help ensure that these
resources are harnessed for the benefit of all. ´ (Oluwole Olusanya, 2015) (THE TIME FOR AFRICA IS HERE: THE TIME FOR
ACTION IS NOW)
(http://dailyindependentnig.com/2015/09/time-to-unleash-african-economic-potentials/) 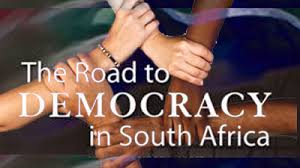 Democracy promotes good
governance which ensures that the people’s opinion, aspirations and will are
given adequate attention and utmost consideration. On this note, I congratulate
and welcome my fellow Africans to a new dawn where the rule of law and social
justice would rule through a just and fair democratic dispensation and would
illuminate the will of the African people.

On a lighter note though,
happy belated Birthday to my doctor friend.