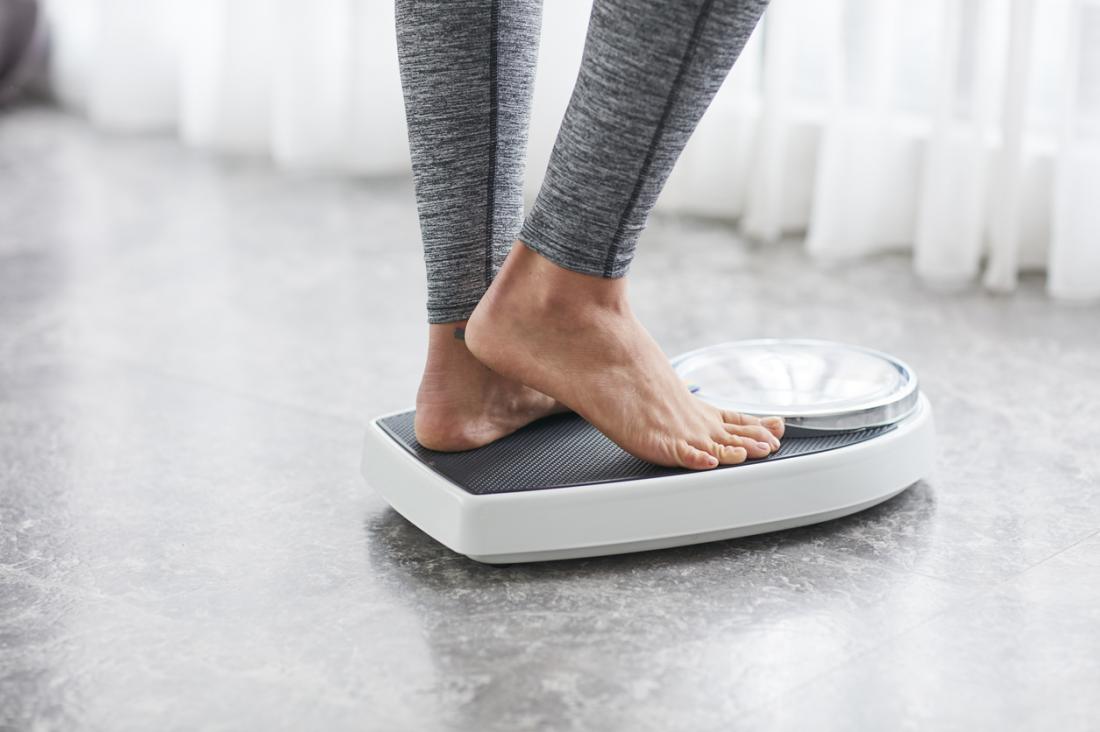 Reviewed by Debra Rose Wilson, PhD, MSN, RN, IBCLC, AHN-BC, CHT
The birth control implants Implanon and Nexplanon release hormones that prevent the body from ovulating. Some women report weight gain when using this birth control method. In most users, however, the gain is only a few pounds and can be offset by simple lifestyle changes.

Birth control implants release a synthetic form of the hormone progesterone called progestin. This hormone prevents ovulation or the release of an egg. It also thickens the mucus of the cervix, making it hard for the sperm to reach an egg if the body does ovulate.

The hormone progesterone increases during pregnancy, so the implant works by making the body think it is already pregnant and has no need to release another egg.

Research is mixed on whether the implant causes weight gain or if the weight gain is due to other factors.

One theory is that the hormone progestin may increase body fat. A 2015 study found a 2 percent increase in body fat among women who used the implant for 12 months.

From young adulthood into middle age, Americans gain an average of 1 to 2 pounds per year. These are women’s prime childbearing years, too, and the time when they are most likely to use birth control implants and other hormonal contraceptives. So, gaining wait through age coincides with birth control use.
Does birth control cause weight gain?

A study published in 2017 looked at weight loss in overweight and obese women after giving birth. One group received a birth control implant, and the other group used birth control that did not use hormones. Slightly fewer implant users had lost weight 6 months into the study. However, the difference in weight loss between the two groups was no statistically significant. This is evidence that hormonal implants probably do not cause weight gain. Even if they do, the gain is minimal.

However, other studies contradict the findings of these two studies.

The 2015 study mentioned early compared 75 users of the implant to 75 users of a non-hormonal IUD. Implant users had modest increases in body size and a 2 percent increase in body fat.

A 2015 study arrived at a similar result to this last example. It concluded that teens who used hormonal birth control, including the implant, were likely to perceive weight gain.

In summary, this research means that most women should not notice weight gain when they use the implant, and if they do gain weight, the weight is likely to be minimal.

However, women who think they will gain weight may believe they have gained weight. They may even attribute weight gain due to changes in lifestyle to the implant. This could be a barrier to them making healthy lifestyle changes.

Other implant side effects

Side effects vary from woman to woman and can change based on lifestyle and overall health. Some other side effects of birth control implants include:
Birth control implants are safe, but some women should avoid them. Women should talk to a doctor about alternatives to the implant if:
Women with the following health issues will still be able to use the implant safely:
Certain lifestyle factors, such as smoking or being overweight, may exacerbate some risks of the implant. Women should be honest about their lifestyle and health history and should ask their doctors about the risks and benefits of each birth control option.

Seek emergency medical care for signs of a blood clot, such as swelling in the leg or unexplained leg pain accompanied by a rapid heart rate. Women who suddenly gain significant weight or retain water should talk immediately to their doctors.
Takeaway

For most women, weight gain is a fact of life, particularly without an aggressive exercise routine and careful management of diet. It is normal to gain a few pounds with each passing year, and weight gain that appears related to birth control implants might be part of normal weight gain that comes with age. Increasing activity can counteract weight gain that accompanies aging.

Women should discuss with their doctors whether their weight gain is healthy and normal, as well as how they can minimize problematic weight gain. For most implant users, weight gain is unlikely. Even if it occurs, it may only be a few pounds.