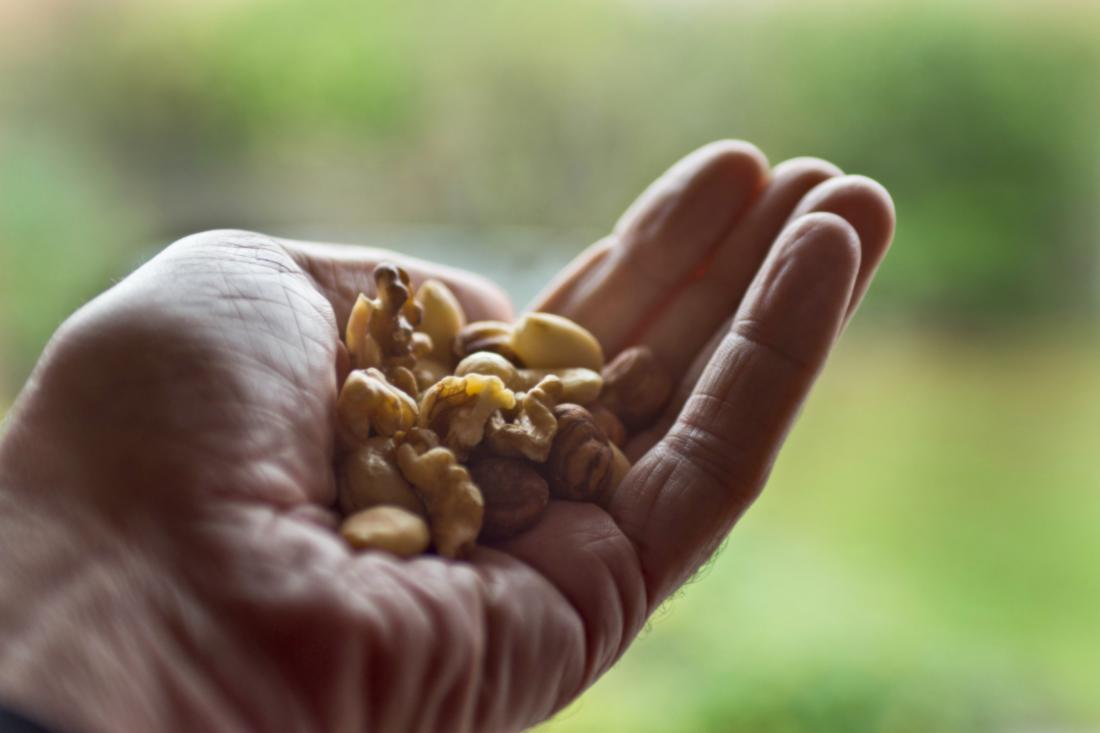 Sperm count is on the decline in Western societies, according to recent studies, which means that men’s reproductive health is suffering. How can it be improved? A healthful diet that is abounding in nuts might help, researchers suggest.


In 2017, a large meta-analysis focusing on men’s reproductive health in Western countries found that sperm concentration, as well as sperm count, have been steadily on the decline throughout the past 30 or so years.


This means that male fertility has been dropping at a worrying rate, and it is important to find solutions to counteract this situation.


Recently, research led by a team at the Human Nutrition Unit of the Universitat Rovira i Virgil in Reus, Spain, suggested that what men include — or fail to include — in their diets on a daily basis could significantly affect the quality of the sperm that they produce.


The investigators note that environmental factors such as “pollution, smoking, and trends toward a Western-style diet” may be partly to blame for the apparent male fertility crisis.


The recent project was a randomized controlled study that looked, specifically, at the effect of nut consumption on sperm health.

The results were presented at the European Society of Human Reproduction and Embryology’s annual meeting, held in Barcelona, Spain, by study author Dr. Albert Salas-Huetos.


Dr. Salas-Huertos and his colleagues worked with 119 healthy male participants, aged 18–35. For the purpose of this study, the volunteers were randomly split into two groups.


One group was asked to add a handful of nuts — 60 grams per day of a comination of hazelnuts, almonds, and walnuts — to their regular Western-style diet. Those in the second group simply followed their usual Western-style diet, without worrying about consuming nuts.


To compare, sperm and blood samples were collected from all participants — both at the beginning and at the end of this experiment.


At the end of the trial period, the scientists noticed that the participants who had followed the nut-enriched diet had significantly improved sperm quality.


More specifically, these participants had a 16 percent higher sperm count, a 4 percent higher sperm vitality (that is, the amount of live, healthy sperm cells found in semen), a 6 percent improvement in sperm motility (or sperm cells’ ability to move), and a 1 percent improvement in sperm morphology (which is the cells’ normal, healthy, size and shape).


Importantly, the men who ate a handful of mixed nuts daily showed less sperm DNA fragmentation at the end of the trial, meaning that genetic integrity was better preserved in these participants’ semen samples.


When sperm DNA is too fragmented, fertility is reduced, or it could make a miscarriage more likely to occur.


‘A healthful diet may aid conception’


The researchers explain that these improvements could be thanks to the fact that nuts are rich in important nutrients, including protein, vitamins, and omega-3.


However, the investigators explain that it is hard to say that nuts alone are the answer to better male fertility.


“We can’t yet say that, based solely on the results of this study. But evidence is accumulating in the literature that healthy lifestyle changes such as following a healthy dietary pattern might help conception — and of course, nuts are a key component of a Mediterranean healthy diet.”


Also, the researchers explain that the study was conducted in a young, healthy male cohort, so any generalizations should be avoided until further research is conducted in a more diverse population.

Finally, the study was funded by the International Nut and Dried Food Council, so it did not aim to assess the impact of other foods and nutrients on male reproductive health.