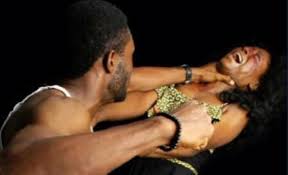 Watching the Nollywood movie
Unforgivable changed a lot of things
in me, the first being my perception on the Nigerian movie industry which has
significantly changed, I now believe that great movies can be made in this
country. Secondly, the insurmountable plight of most women and what some suffer
in their matrimonial homes which is where they are supposed to be happiest and
lastly, the need to ensure that domestic violence is reduced to the barest
minimum, that is if it cannot be completely eradicated.

Interestingly, I would be
discussing domestic violence based on some morals learnt from the movie. Please
enjoy. 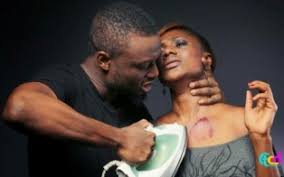 What is Domestic Violence?
According to the Encarta
Encyclopedia, Domestic violence or spousal abuse are physically or emotionally
harmful acts between husbands and wives or between other individuals in
intimate relationships. Domestic violence is sometimes referred to as intimate
violence. It includes violence that occurs in dating, courtship relationships
or between former spouses.

Abuse between intimate
partners can take many forms. It may include emotional or verbal abuse, denial
of access to resources or money, restraint of normal activities or freedom
(including isolation from friends and family), sexual coercion or assault,
threats to kill or to harm, and physical intimidation or attacks. In extreme
cases, domestic violence may result in the death of a partner. The movie attest
to this, Damola severally insults and assaults his wife who he his suppose to love
and protect unconditionally to the extent that it led to the death of their
only child.

I.
Personality Disorders or Psychological Problems-
People with antisocial personality disorder act in a way that disregards the
feelings and rights of other people. Antisocial personalities often break the
law, and they may use or exploit other people for their own gain. They may lie
repeatedly, act impulsively, and get into physical fights. They may mistreat
their spouses, neglect or abuse their children, and exploit their employees.
They may even kill other people. People with this disorder are also sometimes
called sociopaths or psychopaths. Damola is an example of this class of people.


II.
Desperation of some girls to date or hang out
with the “happening guys” or big boys
is one of the main causes of domestic violence, Most girls believe that to be
regarded as a big girl, you have to hang out with the most devious of guys
which most mistakenly refer to as big boys. This has led to the doom of many; Unforgivable connects well with this
fact. Adesewa wanted to be cool; she wanted to date a young and good looking
Demola because of his status on campus and sex appeal not minding his notorious
lifestyle and flirtatious character. How did he repay her blind love?

III.
Another cause of domestic violence against women
is that most of the abused victims believe that it would stop or the violent
spouse would change for the better. The Encarta Encyclopedia terms this as
“learned hopefulness.” People who are dependent on their partners emotionally and economically
learn to endure abuse and remain in unhealthy relationships, a process that has
been labelled “learned hopefulness.” Learned hopefulness refers to an abuse
victim’s belief that the abusive partner will change his or her behaviour or
personality. Unforgivable proves this
also; Adesewa turned deft hears to pleadings and advices from her childhood
friend and schoolmate, Pricillia (Fathia Balogun). She could not consider putting
an end to the ungodly union because of the barbaric and insensible hope that he
would change for the better. The sad truth is that most of these abuses do not
end, they only get worse.

IV.
Low Report of violence cases, Adesewa could have gone to the police, she
could have gone to a magistrate court to seek divorce, everything would have
changed for the better, Omotilewa (their only daughter) could have been saved.
One of the causes of increase in domestic violence is that most cases are not
reported because of the fear of stigmatization and the negative perception towards
the abused.

Apparently, its actual extent is difficult to
measure. Researchers believe that the extent of violence between intimate
partners is higher than reports indicate. Data based on official documents,
such as police or hospital records, tend to underestimate the extent of
violence because many instances of abuse are never reported. Survey of the
abused individuals generally produces higher estimates of violence than
official records, but they are also assumed to underestimate the actual extent
of domestic violence. For a variety of reasons, respondents may fail to report
violence that occurs with an intimate partner. 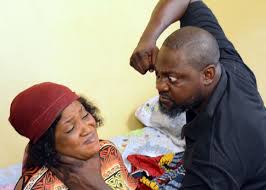 Effects
of Domestic Violence
The effects of domestic violence are broad and can
be catastrophic; they are much more than the physical bruises, the cuts or the
broken bones of the abused victim. They also have a psychological effect which
sometimes leads to the victim committing suicide – Frustration, Depression etc.
The effects of Domestic violence would be discussed under two headings; The
Physical and Psychological effects.

·
The Physical Effects- Victims of domestic violence
experience both short-term and long-lasting effects. Physical injuries can
range from bruises, cuts, and burns to broken bones, stab wounds, miscarriages
(in women), permanent disabilities and death in a worst case scenario.

·
The Psychological
Effects- The psychological effects are intense. Victims experience depression
and other psychological distress, eating disorders, and alcohol and substance
abuse problems, loss of self-esteem, frustration; and they are more likely than
other people to contemplate or attempt suicide. Children who witness domestic
violence experience depression and psychological distress and are more likely
than other children to be physically violent.
Frustration
and Depression are two devastating psychological effects of domestic violence
because they go a long way. The English dictionary describes a frustrated
person as one who is dissatisfied or unfulfilled because of the act or instance
of another. Whereas, the same dictionary explains that Depression is a
psychiatric disorder showing symptoms such as persistent feelings of
hopelessness, dejection, poor concentration, lack of energy, inability to
sleep, and sometimes, suicidal tendencies. These two are amongst the most
common factors of suicide in the world. Research figures states that 25% per
cent of all suicide cases are caused by either of the two or both. The question
is, what causes depression or frustration or both?
Suggested Solutions 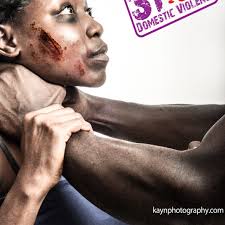 The
cases of domestic violence would not be significantly reduce if the abused does
not make any visible efforts to ensure that it stops because the person at the
receiving end of these violent attacks is at the centre of our discussion.


I.
Regrettably, most of
them are partly to be blamed because they do not report these violent cases.
The need to report these inimical acts and inhumane treatments melted at them
by those that are supposed to make them feel safe, special, loved and protected
is imperative.


II.
Being watchful and
prayerful before starting any relationship can also help a great deal. Ladies
{especially young and immature}, generally wants to be in that relationship
because he his good looking, loaded, your friends have advised you to do so, he
his friends with your friends’ boyfriend amongst other senseless and relevant
reasons forgetting that no relationship would stand the test of time if it is
centred on lies and deceit, falsehood and deception. Please take your time, do
your research, know who he really is and pray to God for guidance and
direction.

III.
Going for counselling
and ultimately, seeking divorce is something I would recommend, although I
might be castigated because this is totally against our societal norms and
values but, wait a minute and choose any option you consider to be better.
Untimely death occasioned by need to stay married or living single, divorced,
healthy and ultimately happy?
Conclusively,
Government should strengthen laws and provide abundant legislations against
domestic violence, violence against women in general and other disadvantaged
members of the society. The country belongs to every one of us and nobody
should intimidate another because we are equal in the presence of our creator.
Nongovernmental organisations, the print and mass media, social activists and
other influential persons should also lend a voice in the fight against spousal
abuse which Dayo Amusa has started with the production of Unforgettable. 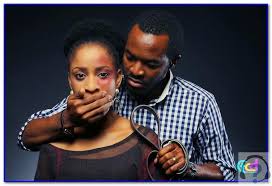