Things You Use Every Day That Can Harm Your Health 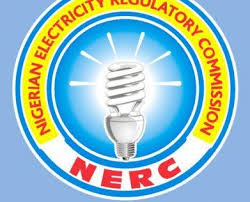 Electricity is a product, it is made from raw
materials; some of the raw materials are gas, power plants; they are also
related. So, the issue of tariff is the single issue of price; when the raw
materials of course go up, the price cannot stay the same.” – Babatunde
R. Fashola (Minister for Power, Works and Housing) 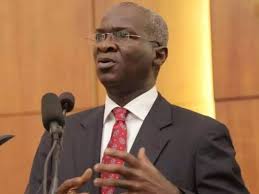 The
news of the massive nationwide protests orchestrated by trade and labour
unions, aggrieved manufacturers as well as stakeholders and concerned Nigerians
to voice their discontentment with the newly effected Multi-Year Tariff Order
(MYTO 2.1) dominated most media headlines in the previous week. The protesters besieged
the offices of major electricity Distribution Companies (DISCOs) bearing
placards and singing solidarity songs decrying the new electricity hike as
totally unacceptable, exploitative and impoverishing; the move by NERC to
review upward the prices of electricity consumption in the country.

Perhaps,
I heard about the new electricity tariffs when I watched the interview with the
immediate past chairman of NERC, Dr. Sam Amadi on Channels Television sometimes
in December last year. For the records, NERC (the Nigerian Electricity
Regulatory Commission) is the umbrella regulatory agency in the country’s power
sector and it is charged with the sole responsibility of providing rules and
regulations that ensures the nation’s electricity supply value chain popularly
referred to as the Nigerian Electricity Supply Industry (NESI) is
investor-friendly as well as customer/consumer-centric.

In
consequence, you would not sound out of place if you describe it as the NCC or
the CBN of the electricity sector because it provides oversight functions and
ensures that every player in the industry participates according to the laid
down rules of engagement. 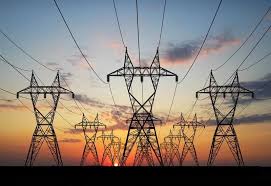 The Merits
The
previous paragraphs were dedicated to the explanation of what the new tariffs
would look like in the new price regime using the Multi-Year Tariff Order (2.1)
billing segmentation. The advantages of the new arrangement are highlighted and
discussed in preceding paragraphs; 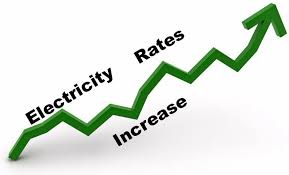 II.
A
Reviewed Dispute Resolution Process
– Another advantage of the new tariff regime is that any over billed customer
would only be required to pay his last undisputed bill as the contested bill
goes through the dispute resolution process. NERC equally said Discos would
have to meter all its customers, as the metering policy it signed into law
would be strictly enforced and for those willing electricity customers who paid
for meters under the Cash Advance Payment Metering Initiative (CAPMI) but are
yet to be metered within the allowable 60 days, they would no longer be billed
by the electricity distribution companies under the new tariff regime until
they are metered by the Discos and the Discos will not disconnect them. 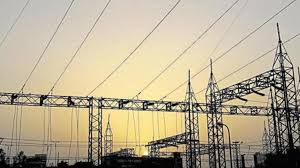 ‘There
is zero tolerance for overbilling of customers, an unmetered customer who is
disputing his estimated bill would not be expected to pay the disputed bill‘
Dr. Sam Amadi opined. “He would pay his last undisputed bill as the contested
bill goes through the dispute resolution process. This is a departure from the
old practice which prescribed that customers should first settle the bill while
the dispute resolution was in process,” added Amadi.
The
arguments against the new tariff hike is centred solely on the non-consultation
of relevant stakeholders before implementation, most of the aggravated
manufacturers expressed their regrets and noted that the hike would only result
into massive downsizing of staff, relocation or closure of business.  One of the manufactures would voiced his
feelings, the Ikeja branch co-ordinator of Steel Manufacturers Group of the
Manufacturers Association of Nigeria (MAN), Mr. Felix Okojie said that the new
tariff by NERC has put manufacturers in a very tight operational corner. Okojie
further explained that a comparative analysis of the cost of energy in Nigeria
against other countries around the world showed that Nigerian businesses pay
the highest electricity charges in the world. His words; “The MYTO 2012 to 2017
which was supposed to operate for five years constituted our long term
planning. So, coming at the middle to increase and not just a mere increase but
an increase of almost 44 to 45 per cent is completely destructive. In some
areas, it is 100 per cent”
He
added: “The explanation that they have the right to adjust it any time is
completely new to us. Maybe that is internal administrative thing but even if
they would have that, since we are the major stakeholders, they should carry us
along” 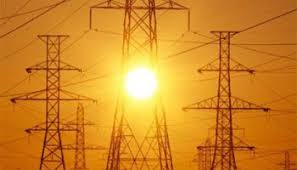 Conclusion
An article
titled, “Opportunities
for Off-Grid solutions in the Nigerian Power sector” published
by Financial Nigeria (January 2006 Edition) explained in explicit terms the
challenges inhibiting the NESI to effectively and efficiently meet the ever-increasing
electricity demand of Nigerians. The article concluded
that ‘Nigeria can only achieve the desired increase in generation with a
balanced blend of on-grid and off-grid power projects. A balanced approach
could potentially lead to an accelerated journey to full electrification in
Nigeria’.
More
importantly, it also noted that one of the challenges the sector is faced with
is “Liquidity
issue in the NESI” resulting from non-cost reflective tariffs. “The
DISCOs, being the cash collections in the power value chain were unable to
collect sufficient revenue to pay their power bills which should sustain the
rest of the value chain”. This is one of the justification by NERC for the
unreasonable hike.

My opinion
– I totally agree with the above assertion and I would like to
commend the Minister’s effort in revamping the dilapidated power sector.
This morning, I learnt that he was on an inspection tour to some power
plant in Niger State yesterday but if you ask me, I think the controversial
hike is unpopular and un-called for in light of the current economic
situation in the country and the fact that electrical power; being a product
(according to the Minister) should first and foremost be adequately provided
before any upward review of price can be negotiated and accepted. Please
forgive me for been so opinionated.
God Bless
Nigeria.
Olusanya, Oluwole Sheriff