GEORGE FLOYD AND RACIAL DISCRIMINATION IN AMERICA: HOW DOES IT AFFECTS ME? 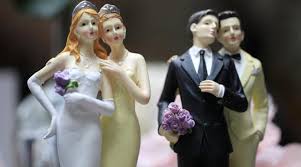 “Marriage is entered into for life by two
people of different or the same sex“
Last Friday, June 30th
2017, the same day I posted my article on the Brexit negotiations on my blog (https://shegzsablezs.blogspot.com.ng/2017/06/post-brexit-negotiations-all-hands-on.html).
The news of the German Parliament’s vote on Friday to legalize same-sex
marriage resulted in jubilation in Berlin and everywhere else across Germany.
According to Reuters, when Sarah Kermer – a lesbian proposed to her girlfriend
in March, she knew she was in love, but she did not know when, if ever, Germany
would allow them to marry. The answer came early Friday morning, when the lower
house of the German Parliament voted to legalize same-sex marriage after a
brisk but emotional debate, prompting Ms. Kermer and scores of other gay and
lesbian Germans to celebrate in the streets. 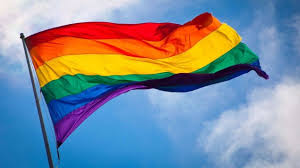 “I was at work, and I just started crying,” Ms. Kermer, 25, said as
she and her fiancée left a spontaneous gathering at the Brandenburg Gate in
Berlin. “I was watching the decision on
live-stream, and I cried — a lot. This has all happened just so fast.”
The historic decision
came with a swiftness rare in Germany’s usually staid politics, just five days
after Chancellor Angela Merkel unexpectedly relaxed her party’s opposition to
same-sex marriage and allowed lawmakers to vote on the issue according to their
consciences. Ms. Merkel’s softened resistance opened the way for her coalition
partners in the Social Democratic Party and two other political groups to press
for a vote on the measure, which had previously been blocked by her Christian
Democrats and their conservative allies. Ms. Merkel voted against the measure
on Friday, but many of her party colleagues voted in favor, allowing it to pass
easily — 393 votes in favor and 226 against, with four abstentions. 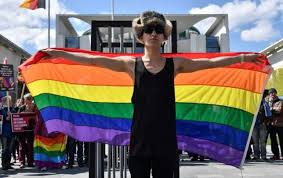 Same-Sex Marriage in
Europe & The U.S.
The Netherlands was the
first European country to legalize same-sex marriage, back in 2001, followed by
countries including Belgium, Spain, Canada, Norway, Sweden, Portugal, Iceland,
Denmark, France and the United Kingdom. A 2013 Pew Research Center poll
indicated that 87% of Germans viewed that homosexuality should be accepted by
society, which was the second highest in the world (only 39 countries were
polled) following Spain (88%). In May 2015, PlanetRomeo, an LGBT social
network, published its first Gay Happiness Index (GHI). Gay men from over 120
countries were asked about how they feel about society’s view on homosexuality,
how do they experience the way they are treated by other people and how
satisfied are they with their lives. Germany was ranked 14th with a GHI score
of 68. The 2015 Eurobarometer found that 66% of Germans thought that same-sex marriage
should be allowed throughout Europe, 29% were against. The 2017 Poll found that
75% of Germans support same-sex marriage, 20% were against.
In the United States,
Same-Sex marriage is legal in 50 states since 2015, legal in Mississippi since
March 2016, not legal in American Samoa, and some tribal jurisdictions.
Lesbian, gay, bisexual, and transgender (LGBT) rights in the United States are
considered among some of the most advanced in the world; however, they vary on
a jurisdiction-by-jurisdiction basis. Since 26th June, 2003, sexual activity
between consenting adults of the same-sex as well as same-sex adolescents of a
close age has been legal nationwide, pursuant to the U.S. Supreme Court ruling
in Lawrence v. Texas. As of 26th June, 2015, all states license and recognize
marriage between same-sex couples on account of the Supreme Court decision in
Obergefell v. Hodges. However, the United States has no federal law outlawing
discrimination nationwide, leaving residents in some states without protection
from discrimination, other than from federal executive orders which have a more
limited scope than from protections through federal legislation.
Same-Sex Marriage in
Nigeria
On 7th January 2014,
Former President Goodluck E. Jonathan signed the Same-Sex Marriage Prohibition
Act into law which prohibits gay people to even hold a meeting. The Act also
criminalizes homosexual clubs, associations and organizations, with penalties
of up to 14 years in jail. The act has continued to draw international condemnation
from countries such as the United States and the United Kingdom. However, the
Nigeria’s law is not as draconian as a Ugandan law passed by parliament which
punishes “aggravated”
homosexual acts with life in prison but Nigeria’s law reflects a highly religious
and conservative society that considers homosexuality a deviation. Nigeria is
one of 38 African countries – about 70% of the continent – that have laws
persecuting gay people, according to Amnesty International. 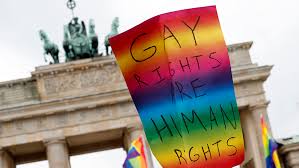 In my previous article
titled; “Still On the Anti-Gay Law”
(https://shegzsablezs.blogspot.com.ng/2017/07/still-on-anti-gay-law.html)
inspired by a piece I read on the 29th January, 2014 in the Punch newspaper
published the same day. I noted that the law is a complete contradiction to
what the 1999 constitution stipules on right to life, freedom of association
and privacy which are stated explicitly in the chapter 4 of the constitution
that addresses our fundamental human rights. We also need to note that the
basic arguments against homosexuality and same-sex marriage are deeply rooted
in our cultural and religious beliefs which goes a long way to defer analytical
and progressive thinking in some cases. Perhaps, we (Nigerians in particular
and Africans in general) tend to disassociate ourselves from unpopular social
issues because we like to paint a certain orchestrated picture of ourselves to
the next person which in most cases are stage-managed to gain public acceptance
and cheap popularity. The main arguments against homosexuality are purely based
on cultural and religious beliefs but the truth is that we do a lot of things
that are against both.
Conclusively, I totally
believe that the German parliament did the right thing last Friday by providing
members of the LGBT community equal right to civil union and marital life
because it would go a long way to ensure equal rights, responsibilities,
espouses mutual respect and peaceful co-existence among the members of the
German society without discrimination based on sexual orientation and beliefs.
I also believe we need to seriously re-consider the “SAME-SEX MARRIAGE PROHIBITION ACT 2014” and have a re-think.
Strictly my opinion.
#LetsDoTheRightThing