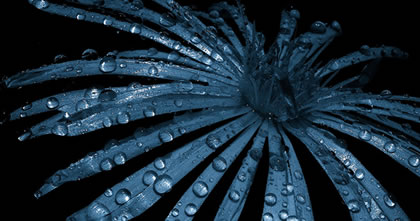 One of the greatest challenges to achieving happiness through gratitude is routine, familiarity and habit. We behave as if the things we enjoy now – health, job, family and friends – will continue forever, despite knowing it’s impossible. Usually only a change of some kind really captures our attention.

Attacking this complacency is at the heart of a new study which can be used to enhance the power of gratitude. Dr Jaime L. Kurtz, reporting her research in Psychological Science, hypothesises that one way to increase people’s subjective well-being is to focus on when pleasurable experiences will end (Kurtz, 2008; PDF).


In her study Dr Kurtz recruited participants who were about six weeks from finishing college and graduating. They were asked to write about their experiences at college in one of three conditions:

Then, over the next two weeks participants were asked to complete four surveys. Participants in the first two conditions were encouraged to think about what they were grateful for: things like friends, clubs and activities, but with their remaining time at college framed either as very short or relatively long. Participants in the final control condition continued describing their typical day.


As Dr Kurtz predicted it was those in the second group who were happier after the intervention; the other two groups showed no significant improvement. It seemed that just being encouraged to think grateful thoughts was not enough to increase happiness. What made the grateful thoughts beneficial was focusing on the imminent end of this pleasurable experience.


On top of being happier, students encouraged to think how little of college remained were more likely to take advantage of the time they had left. They displayed greater motivation by taking part in more college-related activities. Dr Kurtz suggests thinking about the end of their experience at college put them in a ‘now or never’ frame of mind.


It is hard to admit to ourselves that life is finite: elderly parents won’t be around forever, close friends will move far away and we will eventually grow old and die. Naturally we consider these sad facts of life depressing and guess that no good can come of their contemplation.

But what this study suggests is that thinking about endpoints as a way of stimulating gratitude can be beneficial. Finite ends seem to inspire people to think carefully about what it is they have, because soon enough, and usually sooner than we would like to think, it will be gone.