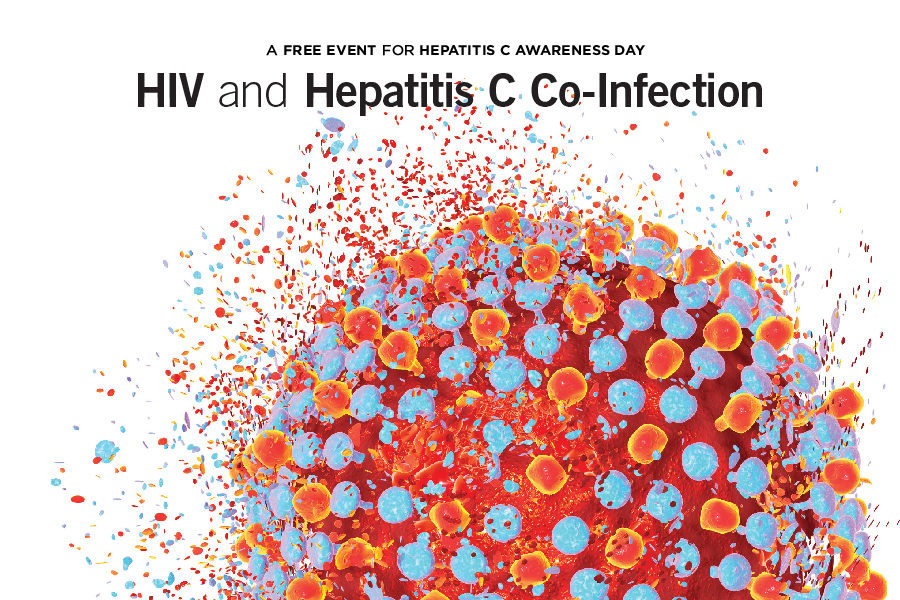 Hepatitis C is a contagious viral infection that affects the liver. People living with HIV are at higher risk of contracting hepatitis C because of the effect HIV has on the immune system.


In this article, we discuss the relationship between hepatitis C and HIV. We also cover symptoms, prevention, and treatment for hepatitis C.


What is hepatitis C?


Hepatitis C results from infection with the hepatitis C virus (HCV) and causes inflammation of the liver.

What is the link between HCV and HIV?


Both HCV and HIV are bloodborne viruses. Using injected drugs is a significant risk factor for both viral infections. Although sexual transmission of HCV is less common than HIV, it can happen if there is direct exposure to blood containing HCV.

What is the risk of coinfection?


A coinfection is when someone has two or more infections at the same time. People living with HIV are at risk of developing coinfections such as hepatitis C because HIV weakens the immune system, which leaves the body more vulnerable to other infections and illnesses.


HIV and HCV are also transmitted in similar ways, which means that people who have HIV may be at higher risk of exposure to HCV. In the United States, over a third of people living with HIV also have hepatitis C.


A systematic review of 783 studies concluded that people living with HIV were six times more likely to have hepatitis C than people without HIV.


Hepatitis C infections are more serious in people with HIV and can lead to more severe damage of the liver. HIV and HCV coinfections can increase the risk of:


Most people who have acute hepatitis C do not experience symptoms. If symptoms do appear, they can include:


Symptoms of chronic hepatitis C can include cirrhosis, fatigue, and depression. Cirrhosis is scarring of the liver and can lead to:


A person can contract HCV through direct contact with blood or other body fluids that contain the virus. Possible modes of transmission include:

There is also a small risk that a woman can transmit the virus to the fetus during pregnancy. According to the American College of Obstetricians and Gynecologists, about 4 percent of women with hepatitis C transmit the infection to their infants. Having larger amounts of HCV in the blood or a HIV coinfection increases the risk of transmission.


People living with HIV may consider having regular tests for hepatitis C. Often, hepatitis C does not lead to symptoms until the virus has caused serious liver damage. The disease is difficult to recognize in the acute phase, which is why testing is important.


Ways to prevent hepatitis C include:


Unlike hepatitis A and B, there is no vaccine available for hepatitis C. Fortunately, both acute and chronic hepatitis C infections are curable.


Current hepatitis C treatments involve taking two or more medications known as direct antiviral agents, or DAAs. This combination of medications prevents HCV from replicating until the virus is no longer present in the body. Treatment usually takes 6 to 24 weeks but can take longer.


However, people who have both HIV and HCV need individualized treatments because the medications used to treat HCV infections can interact with HIV treatments.


A doctor will recommend a treatment plan based on the individual’s:


People who have HIV are at higher risk of getting hepatitis C than those without HIV. A person can contract hepatitis C through direct contact with blood that contains HCV.


Risk factors for hepatitis C include sharing needles or personal hygiene items, such as razors and toothbrushes. There is also a low risk of contracting HCV through sex without a condom.

It can often take years for symptoms of hepatitis C to develop, so regular testing allows for earlier detection and treatment. Hepatitis C is curable, but treatment is more complex in people living with HIV because the medications can interact with HIV treatment.