A story of Tears, Pains and Love

Jean Adams, a French footballer, has been in coma for 37years due to a mistake his doctor made while putting him to sleep for a surgery to repair a torn ligament. His wife Bernadette, who he married in 1969 still stays by his bed till today.
Thirty-seven years ago the beefy footballer, then 34, walked into a Lyon hospital for some routine surgery to correct a troublesome knee. By the time he left, he would never talk, walk or move any of his limbs again. His wife Bernadette has tended to him ever since, barely missing a day’s care over the last three decades. 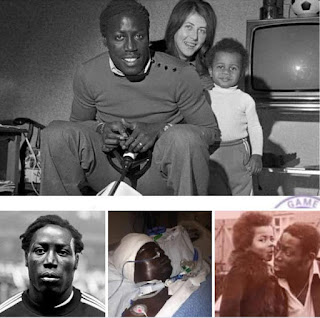 The interesting but sad part to this story is the said doctor and his colleague only went to jail for a month and was fined about USD815 dollars. That’s all.
For an error that has cost a man his entire life, cost his family a father and a husband and cost the world a great athlete. He was 34 when he went into coma. He is 71 years old now.
He has spent 37 years’ unconscious. The time he has spent in coma is now officially more than the time he has spent being aware of himself and of his surroundings.
We can never imagine how sad and traumatic this must be.