Personal hygiene mistakes you may be making right now 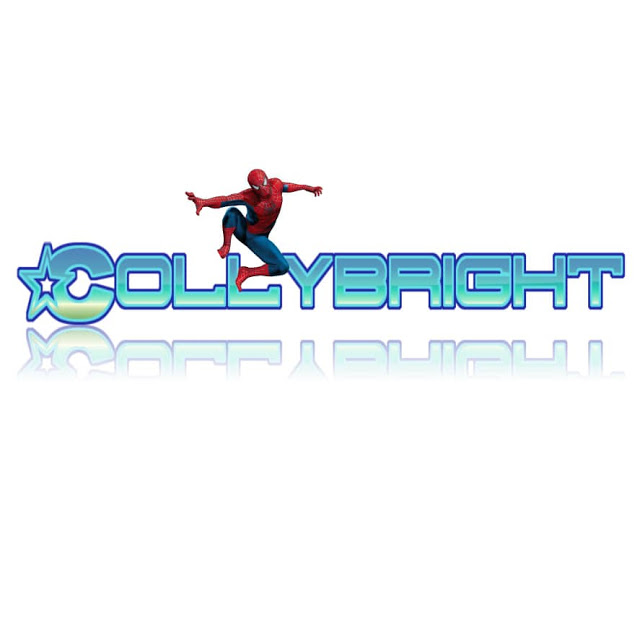 Top
10 Rich Kids in Nigeria (2019) . Emmanuella, amongst Others.
Speaking of super
rich kids? Here are features of the top ten richest kids in Nigeria as of
today. 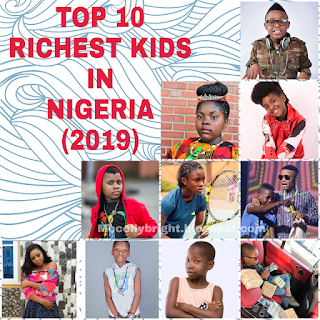 Some of these kids
were born into wealthy homes while others have earned their families
substantial wealth through their God-given talents. In no order of priority or
preference, here are top 10 rich kids, popular Emmanuella, amongst others.
Regina Daniels 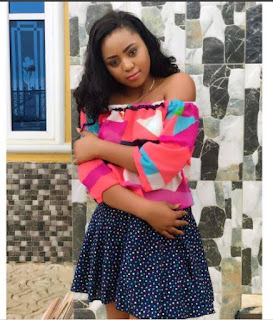 Regina Daniels,
born in 2001 is one beautiful Nollywood actress currently making waves. Regina
is currently the highest paid teenager in Nigeria’s movie industry. The beautiful
actress is believed to currently earn an average of N600,000 per movie which is
quite a lot of money. She is currently registered as a student at the premier
private University in Nigeria, Igbinedion University. Her net-worth is believed
to be in the region of $350,000.
Emmanuella 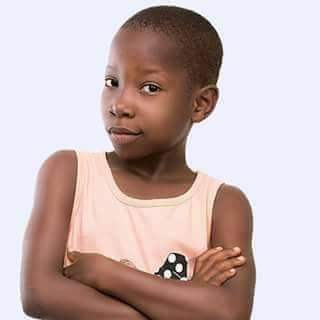 Who wouldn’t know
her?! The name Emmanuella is quite a popular name in Nigeria today because of
this young and talented comedienne. She was born Emmanuella Samuel on the 22nd
day of July in the year 2010. This young girl came into the limelight when she began
featuring in comedy skits produced by Mark Angel. Videos of her comedy skit on
YouTube constantly receive lots of views often exceeding 1 million per day. The
Mark Angel YouTube channel as of now has well over 100 million views and well
over 900,000 channel subscribers which are quite a lot. Emmanuella has even
gone on to bigger things. It was revealed recently that she will be starring in
an upcoming Disney movie following the trip she made to Disneyland. As a result
of her fame, she is well sought after by brands for an endorsement deal and she
has signed so many lucrative endorsement deals over the past few years.
Emmanuella was selected as a brand ambassador for Peak Milk, a popular milk
brand in Nigeria and also yogurt drink, FreshYo. She has also appeared in ad
campaigns for popular children’s channel Nickelodeon and also Wikipedia
(remember that Wikipedia advert?). Emmanuella is the youngest person ever to be
awarded the Afro-Australian Music & Movie Awards (AAMMA). Some other awards
Emmanuella has won so far include the NEA Award, City People Award and also the
Niger Delta Special Talent Award. She was hosted by top American cable news
channel, CNN in November 2016. Her current net worth is put in the region of
& $100,000. She is definitely going to rake in more money as her career
progress and bear in mind she is just 8! Emmanuella is no doubt a worthy
feature on this list of top ten richest kids in Nigeria.
Ahmed Star Boy 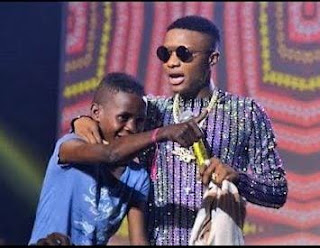 Ahmed without a
doubt is a star boy. He is quite talented which is why Nigeria’s undisputed
star boy and one of the greatest musicians ever to come out of the country
signed him to his record label. He is the prodigy of none other than Wikizid
also known as Starboy Wizzy. Ahmed is currently one of the most popular
12-year-olds in Nigeria. Signed on to Starboy Entertainment, the young boy is
already on a journey many can only dream of. Ahmed announced his arrival on the
Nigerian music scene with a strong performance at the homecoming concert of
Wizkid in December of 2017. His electric performance that night really got the
crowd screaming and Wizkid immediately signed him up to his record label and at
the same time promised the young boy a cash gift of N10milion. Ahmed Starboy is
destined for greatness and his journey is just beginning. Watch out for more
from this amazing young man. His current net worth is about $40,000.
Destiny Boy 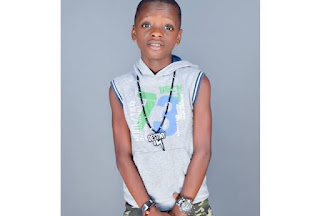 Next up on this
list of top ten richest kids in Nigeria is 13-year-old Fuji pop sensation,
Destiny Boy. His breakout was his release of a cover to Davido’s hit single,
‘If’, which went viral and created a lot of buzz for the young entertainer.
Born Afeez Adesina in Agege area of Lagos, the young man claims his music style
is hugely influenced by fuji music which is the popular music style in the area
where he grew up. He succeeded in fusing his beloved fuji music with pop music
to create a style of music unique to him. He is also one to watch for the
future. His current net worth is about $20,000
Marylove Edwards 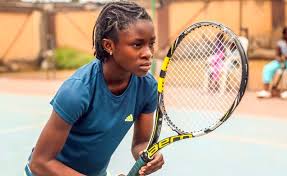 Marylove Edwards is
not an entertainer. No, she is a sportsperson. She is currently the number one
tennis superstar in Africa for her age category and she’s on the number 4th
spot for the women singles in Nigeria. This young superstar tennis player
revealed was attracted to the sport at the very young age of four. In 2018,
Marylove defeated Kumba of Mali 6-2, 6-0 to win the 2018 CAT/ITF West and
Central African Junior Championship qualifiers that were held in Togo, West
Africa. Marylove is currently managed by Temple Management Company (TMC) while
her dad coaches her. Who knows, we may have the next Serena on our hands in
Nigeria. We certainly haven’t seen the best yet of this young star. Marylove
current networth is approximately $50,000.
Ozzy Bosco 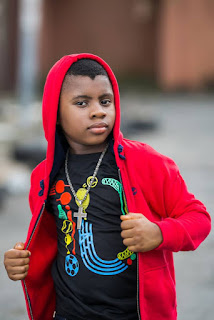 I’m sure you must
have heard the name Ozzy Bosco before. He is one of the richest young
entertainers currently in Nigeria music industry. He was born Oziomachukwu
Mojekwu. His stage name is Ozzy Bosco but he also goes by the nickname Ozzybee.
While he was still a very young boy, his family identified his love for music
and decided to groom him. He has now evolved into an internationally respected
multi award-winning versatile recording artist even though he is still quite
young. The young man also has tried his hands at acting which shows just how versatile
the young man is. He is no doubt a superstar and one that is set to entertain
fans for many years to come. His standing networth is about $90,000. Ozzy Bosco
has featured on Britain’s Got Talent show where be earned himself a standing
ovation from the crowd.
Amarachi Uyaenne 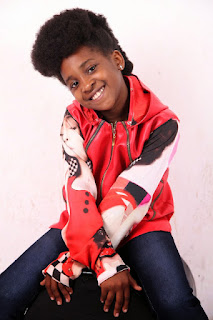 Amarachi Uyaenne is
a young female Nigerian singer who was born on the 17th of July 2004. She also
goes by the stage name Amarachi. Amarachi won the maiden edition of Nigeria’s
Got Talent and went home with the cash prize of N10,000,000. The young
superstar hails from Imo state although she grew up in Delta where she started
dancing at age 5. Her debut single titled “Amarachi Dance” was released soon
after she won Nigeria’s Got Talent. This she then followed up with another song
titled “Ova Sabi” which featured top music star Phyno. Both singles were well
received by fans and attracted positive reviews from music critics. Currently,
she runs the Amarachi Talent Academy, a talent school which aims to nurture and
train young children with musical and dance talents. Amarachi is currently
enrolled as a student at the University Preparatory Secondary School located in
Benin City, Edo State and her current networth is about $75,000.
Ify Ufele 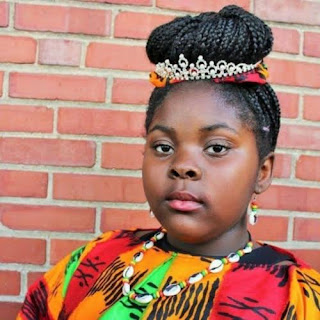 Ify Ufele is a
fashion designer. She owns ChubbiLine, a clothing brand that caters for people
of all shapes and sizes. She delved into fashion designing as a result of the
teasing and bullying she was subjected to because of her weight. She revealed
that she learned how to sew from her grandmother starting when she was age
3.Ify is now a master of the artfully as she now skillfully integrates African
fabrics into her designs at the age of 7. Ify has been invited to showcase her
designs at the New York Fashion Week. However, for young Ify, her ambition to
become a structural engineer is very well alive despite her success as a
fashion designer. She’s currently worth about $50,000. She often post
inspirational messages on her Instagram account.
Mompha Junior 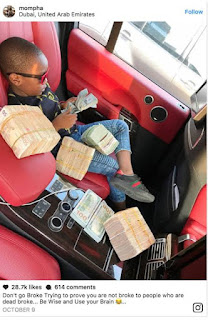 Muhammed Lawal
Mustapha aka Mompha Junior is the son of famous Nigerian businessman Ismaila
Mustapha aka Mompha. His father Ismaila owns and runs Mompha Bureau De Change,
one of the leading bureaus de change in Africa handling millions of
transactions each year. The young Ismaila is the heir to his father’s business.
This young man has handled more money than a lot of grownups in the country.
His father doesn’t hide the several million he earns from him. Pictures of
Mompha Jrflaunting dollar bills have also been shared on his Dad’s Instagram
page. It could be that the young man is undergoing training on how to handle
dollar bills in millions. Mompha Junior does have really fancy and expensive
items. From his clothes and accessories to his shoes, he’s surely one of the
top ten richest kids in Nigeria. His networth couldn’t be ascertained due to
his father’s wealthy influence who is valued at $500million.
DJ Young Money 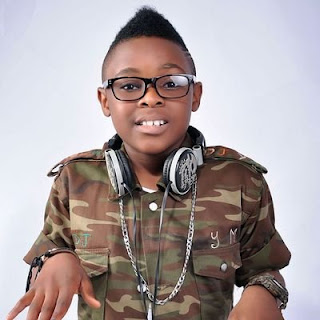 Rounding up this
list is the Young and highly talented DJ Young Money. He is an 11-year-old disc
jockey, signed on to K-Nation Entertainment, as the in-house DJ of the Label.
The young man has seen his stock rise as he was recently hired as the official
Disk Jockey at the birthday ceremony of the Asiwaju of Lagos, Bola Ahmed
Tinubu’s birthday. His performance earned him accolades from Governor Ambode of
Lagos State. Well, we can very well say the boy has got it in his blood as his
father is also a DJ. DJ Young Money is currently valued at about $25,000 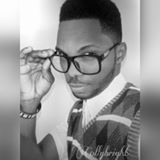