SOME
Some celebrated the new year in 2020, but never saw the end of the month of January.
Some got to February, but that same month they printed their Obituary.
Some healthily matched into March, but later matched unto their unfortunate death.
Some fooled many on April fool day, but their fooling ended in that same month as they never saw the month of May!
Some were so happy to see off the first quarter of the year in the merry month of May, but along the way they were served bread on death tray.
Some made it to the second quarter in the month of June, but their hopes of finishing it became a doom!
Some went on their knees to thank God for the start of the second half of the year in the month of July, but that meaning ghoul came around, it never gave them the chance to say goodbye.
Some jumped into the month of August, some had their birthdays, but their birth month turned their death month.
Some hugged September having to feel the sweetening breeze of the ‘EMBER’ month, at the close call of the month, their hopes, dreams, and lives were burnt!
Some had Thanksgiving for the beautiful month of October, _“thank God for the gift of life”, they said. But on a particular day in that same month, they couldn’t wake up again from their bed!
Some felt the festive breeze at the kick of November, half is gone, but their deeds here on earth is done! 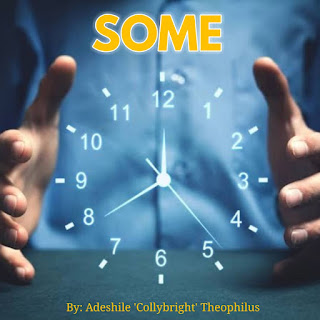 Sometimes, we don’t understand the grace behind being ‘ALIVE’…
Sometimes we feel it’s normal to sleep and wake, go out and come in.
Sometimes we think that to be alive is a call of duty.
OH! What a privilege we often forfeit!
We seems not to understand that, it’s not a mandate, nor a right, nor an obligation to be alive. We are just a carrier of grace.
But the question is how long will that grace last you? Yes, you have some oils (grace) in your lamp (life), but have you thanked God and prayed for more oils (grace)? Do you know when that oil will finish in your lamp?
Are you just living a life for living sake? Or you have a purpose here on earth? Mind you, not everyone has a purpose (bitter truth)
Someone once told me, Bright, do you know why we have too much in our heads as man? Because we don’t celebrate our ‘small winnings‘ (living)
I wish there’s a second chance after death, then, maybe, the world would have been a much better place. But, of a truth, there is nothing like a second chance in life after death come knocking!
Always show gratitude to God each day you see the breaking of a new dawn!
Those who are six feet down wished to be six feet up, but their oils (grace) finished in their lamps.
Thank God always.
We are only 35 days into 2021but a lot as happened already.