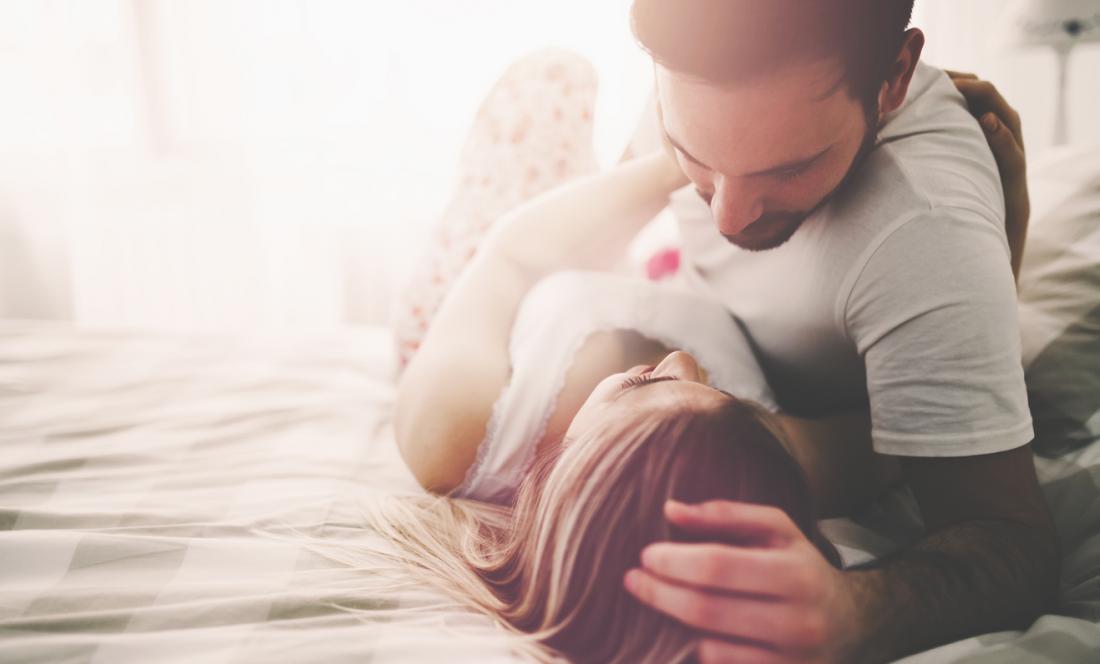 By
Honor Whiteman
Fact
checked by Tim Newman
Anxiety can be a driving force
for sexual dysfunction in men. A new study reveals that there may be an
effective treatment for both, in the form of a hormone called kisspeptin.
Sexual dysfunction is defined
as low sexual satisfaction as a result of physical or psychological issues.
In men, common forms of sexual
dysfunction include erectile dysfunction, premature ejaculation, and reduced
sexual desire.
It is estimated that around 30
million men in the United States experience erectile dysfunction, and estimates
suggest that around 1 in 3 men in the U.S. experience premature ejaculation at
some point in their lives.
For many men, anxiety can be a
trigger for sexual dysfunction. Some men worry about erectile response and
maintenance, which can have negative implications for sexual function; others
may be concerned about body image, or they may be experiencing psychological
stress due to work, money, or health problems.
The new study suggests that
increasing activity of the hormone kisspeptin in a specific area of the brain
has the potential to reduce anxiety in men and boost sexual behavior.
Study co-author Dr. Daniel
Adekunbi, of King’s College London in the United Kingdom, and colleagues are
due to present their findings today at the Society for Endocrinology Annual
Conference, held in Harrogate, U.K.

Kisspeptin is a hormone
produced by a section of the brain called the hypothalamus.
Named after Hershey’s
chocolate “Kisses” — due to the first gene for the hormone being
discovered by a research team working in Hershey, PA, where the product is
produced — kisspeptin is known for its crucial roles in puberty and fertility.
The hormone interacts with
receptors in the pituitary gland, which is connected to the bottom of the
hypothalamus. This prompts a signaling cascade that fuels the production of the
sex hormones testosterone and estradiol.
Previous research from Dr.
Adekunbi and team revealed that nerve cells, or neurons, that respond to
kisspeptin are also present in the amygdala, which is a brain region that plays
a role in emotional processing.
Specifically, the team
identified these neurons in the posterodorsal medial area of the amygdala
(MePD). This is an area strongly linked to the response to pheromones, which
are chemicals that can alter behavior – including sexual behavior.
With all of these factors in
mind, Dr. Adekunbi and colleagues investigated whether increasing kisspeptin
activity in the MePD might influence anxiety and sexual behavior.

To reach their findings, the
researchers manipulated kisspeptin-responsive neurons in the MePD of male mice.
The team used a series of
drugs to activate or deactivate these neurons in rodents, and their anxiety and
social and sexual behaviors were monitored in response.
The study revealed that when
kisspeptin-responsive neurons were activated, the male mice demonstrated fewer
indicators of anxiety, they were more willing to have social interaction with
other mice, and they gave greater attention to female mice.
Further studies are needed to
confirm the findings, but Dr. Adekunbi and team believe their results hold
promise for a new treatment for anxiety-related sexual dysfunction in men.
“In men, anxiety-related
disorders occur in tandem with sexual dysfunction,” notes Dr. Adekunbi.
“The findings of our
study suggest that activation of MePD kisspeptin neurons coordinates sexual
preference and anxiety behavior towards copulation, indicating that amygdala
kisspeptin functionally promotes maximal reproductive success in the
male.”
-Dr. Daniel Adekunbi

Going forward, the team plans
to take a closer look at how activating and deactivating kisspeptin neurons in
the MePD affects sexual behavior and anxiety in rodents.
“We can speculate that kisspeptin may modulate
sexual orientation but this needs further confirmation,” says Dr.
Adekunbi. “[O]ur planned work to silence the MePD kisspeptin neurons may
provide some insight into this. For example, when the neurons are inactivated,
will the male mouse prefer to interact with a male mouse over a female?”
SOURCE:
MEDICAL NEWS TODAY