Celebrities who take pride in their body hair 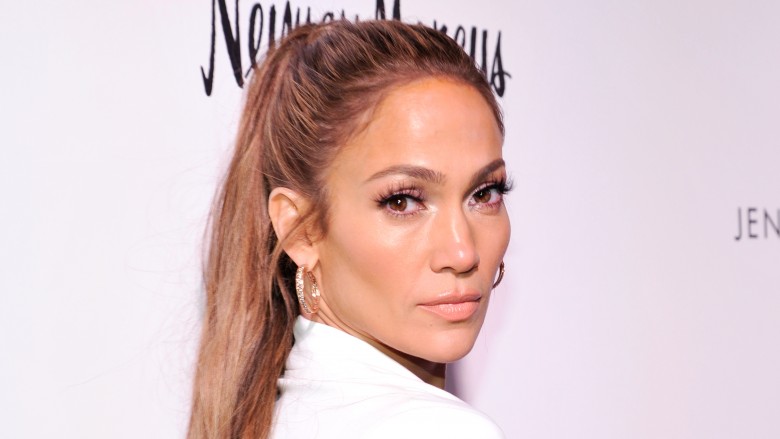 Jennifer Lopez does not age.
The multi-talented entertainer, who has made a real name for herself as both a
singer and an actress, was born in the Bronx on July 24, 1969, which is
seriously hard to believe. From her roles in blockbuster films such as 1997’s
Selena to her chart-topping records, like 2001’s J.Lo, Lopez has been in the
spotlight for over two decades and she continues to wow with her talent and her
beauty. So how does she do it? How does the mom of twins maintain her amazing
physique year after year? We dug deep to uncover eight of her biggest tricks to
diet and exercise success.
She uses exercise as a source
of happiness “I’m 100 percent
convinced that working out is part of what makes me so happy,” Lopez told
Daily Star. “Dance has always been a huge part of my life, and taking the
time to move my body and do something that’s so good for me is key to my
happiness.”
“Sometimes, when I get
home and I’m not feeling so great, I make myself go to the gym,” she
declared in an interview with Redbook in 2010. “Then I come home and take
a shower, put on a great outfit, some makeup, tie my hair up, and I feel pepped
up and great about myself. I think that for some reason, when you maintain
yourself, people are really surprised. It’s inspiring for women who have kids
and take care of themselves to be sexy.”
She has banned numerous vices
from her life 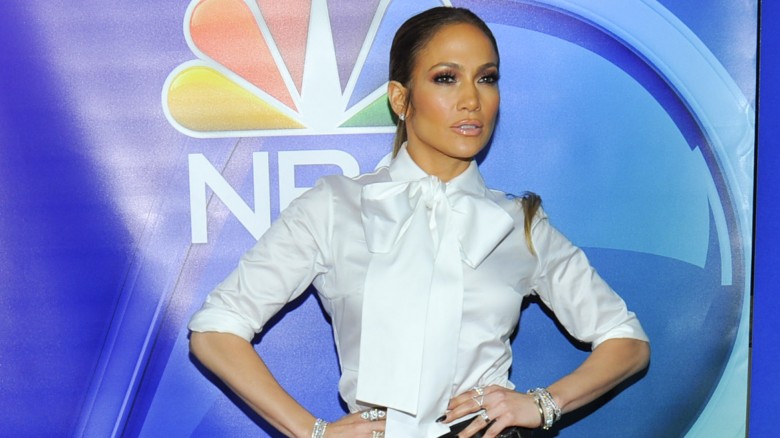 In an interview with The
Independent, Lopez was very adamant in telling fans: “I don’t drink, I
don’t like the taste, and I’ve never done drugs either.” Looking back to
the early days of her career during a chat with Today, she seconded that
thought, saying, “I always used to hear this saying, until you’re about 25
or 30, you get the face God gave you,” she continued. “After that,
you get the face you deserve. And I always kind of thought, well I better be
nice.”
The diva also stays far away
from caffeine. Cutting out coffee may seem extreme, but the Mayo Clinic reveals
that consuming too much caffeine can have serious side effects, including
“insomnia, nervousness, restlessness, irritability, an upset stomach, a
fast heartbeat and even muscle tremors.”
She always stays positive 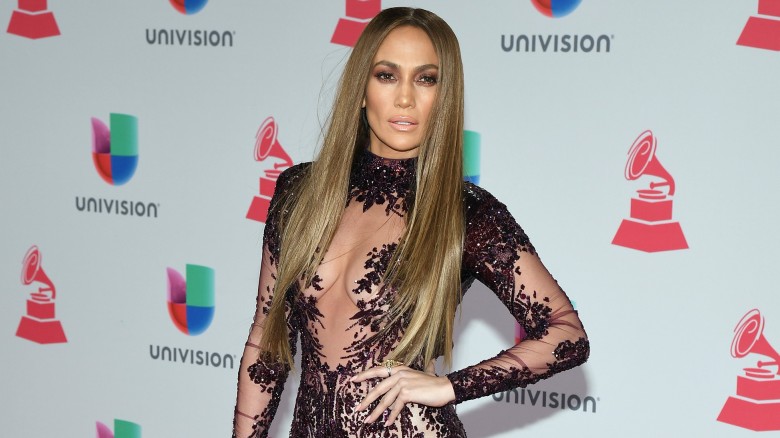 “Just like anybody else,
there are days I feel great when I wake up, and then there are days when I feel
more tired or not ready to face the day,” Lopez said in a candid talk with
Elle Canada. “To be quite honest, on those days, I really try to think
positively. I try to do a lot of affirmations for good health and positive thinking
to just get my mind and my spirit in the right place so I can face whatever it
is that I need to face.”
“Feeling beautiful is an
attitude,” she added when speaking with The Mirror. “And we should
all look for the beautiful things we love about ourselves, regardless of how
our bodies compare to someone else.”
Equally important is the fact
that Lopez applies this positive outlook to her body image, no matter what her
weight may be at any particular time. “I remember when I had baby fat and
my thighs were so out of proportion to my ankles,” she told The Telegraph.
“Then I remember dropping weight and being quite thin. Then, when I got
pregnant, I remember watching my back, belly and butt grow and thinking, ‘I
will never be the same again.’ Then I remember right after the twins were born
having that weird jiggly belly — and kind of loving that, too. Because I earned
that jiggly belly. Then came trying to get my body back into shape and how long
that took. A whole year.”
She follows a strict,
veggie-packed diet 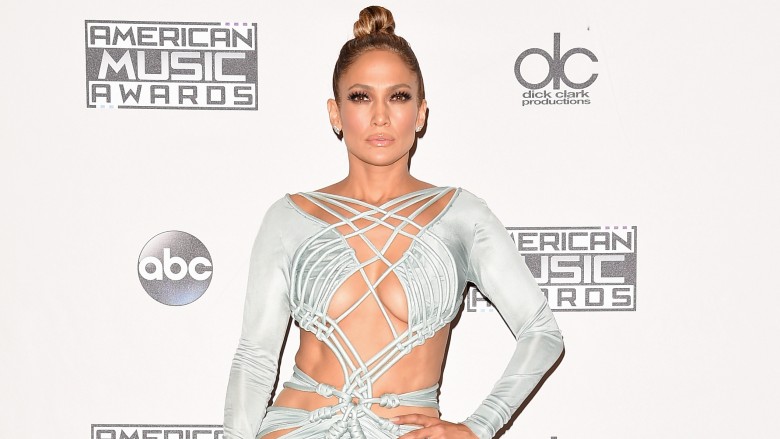 Speaking with Us Weekly, (via
Hollywood Life), Lopez gave fans some serious insight into her diet plan and,
as you might imagine, it’s quite strict. Lopez starts the day off with a
chocolate-flavored BodyLab Shake made with either quinoa milk or water, which
clocks in at just 90 calories. She admitted, “By lunchtime, I’m
starving.” A veggie and salmon salad is her go-to and usually includes
“broccoli, peppers and zucchini with a drizzle of vinaigrette on
top.” Then it’s on to dinner, usually around 6:30 p.m., which she said
involves lots of protein and quinoa. “It feels like rice and beans, which
I grew up with,” she told the mag. “And I like pork and chicken,
especially Puerto Rican style!”
And when it comes to snack
cravings, Lopez has a trick for beating those too! Speaking with Daily Star,
she said: “Protein is my go-to whenever I start having cravings. It fills
me up and keeps me full longer, and it’s a great muscle fuel. I always carry
fruit and veggies with me to give me something to snack on between meals.”
She mixes up her workout
routines 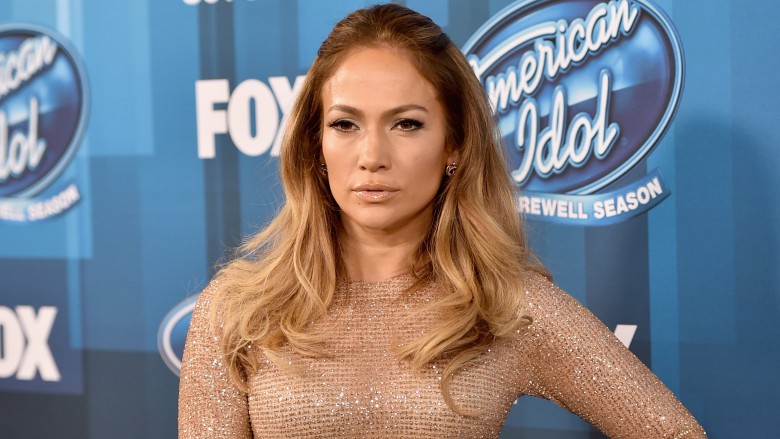 In addition to dance, Lopez
relies on her trainers to keep her in great shape. In an interview with US
Weekly (via Hollywood Life), the pop superstar revealed that she works out
“three or four times a week” and mixes up her routines by exercising
with two different trainers. “When I’m in New York, I work out with David
Kirsch,” she told the mag, adding: “He’s an amazing trainer! When I’m
in L.A., I work with Tracy Anderson. I like the balance that they both give me.
They have two totally different approaches. I like switching it up with my
body.” With David, the superstar does planks, pushups and boxing while
with Tracy, she freestyles it, but her routine often includes 3-pound arm weights
and “butt and thigh moves that incorporate the core. We want to keep those
famous curves.”
She does indulge from time to
time 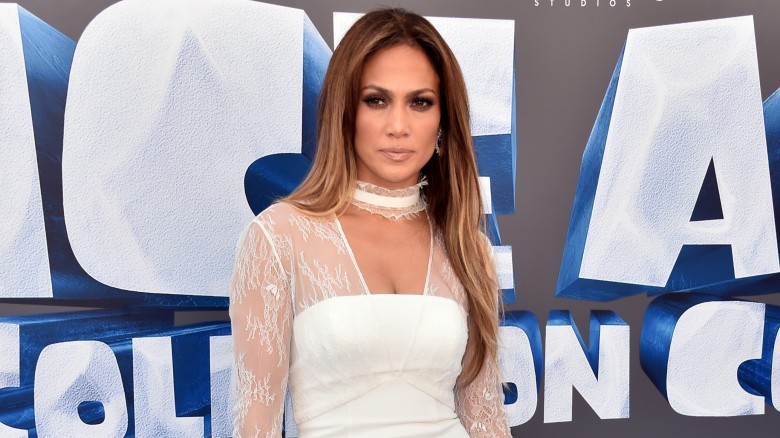 Lopez may adhere to a strict
workout schedule and perhaps and even stricter diet, but everyone deserves the
occasional cheat day and, as she told People, she isn’t immune to the odd
sugary or salty treat. “We’re all human,” she declared. “I don’t
think you should beat yourself up if you make a mistake or if you have a potato
chip. Everyone wants a cookie or a piece of cake or fried chicken every once in
a while. It’s not about that. It’s about consistently and always trying to be
better and trying to do good.”
She stays out of the sun as
much as possible 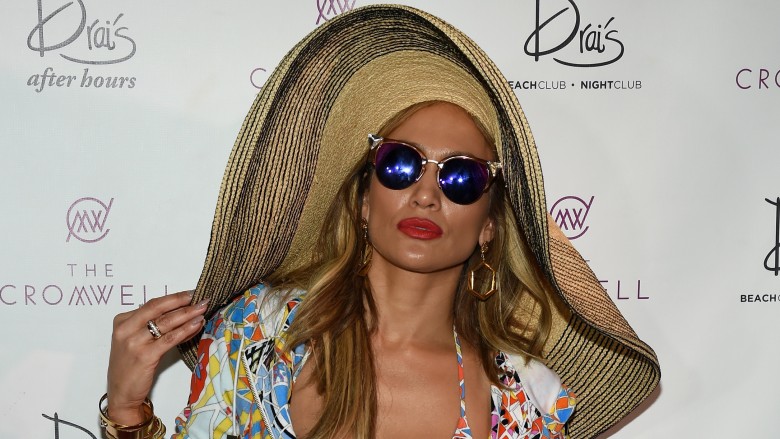 “I’m rarely in the
sun” Lopez told US Weekly (via Hollywood Life), sharing one of her biggest
(and simplest) beauty secrets. “I’ve never been one to take a lot of sun,
which is why my skin has maintained itself.” And when she does step out to
catch some rays, “I wear a lot of sunscreen.”
She’s a devout follower of the
Tracy Anderson Method 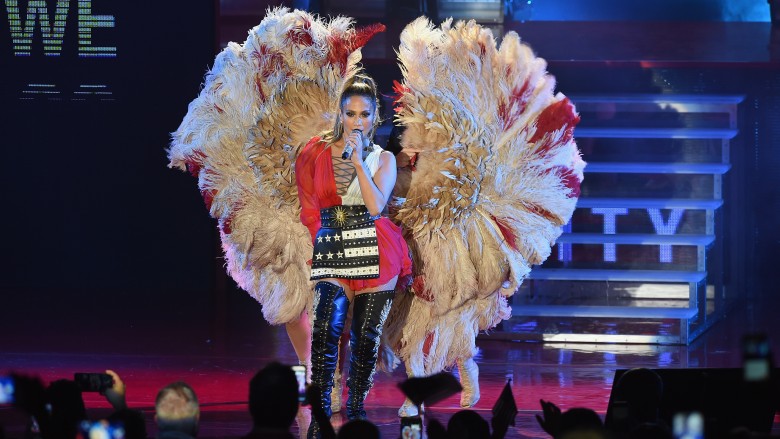 For years, Lopez has been
working out with celebrity fitness guru Tracy Anderson and following her custom
Tracy Anderson Method, which, “unlike other exercise programs that target
the major muscle groups, focuses instead on the accessory muscles.” On her
website, Anderson says, “The routines change every 10 days — whether
you’re doing the workout in a studio, or in front of your own TV, ensuring that
your accessory muscles never get bored.”
And it clearly seems to be
working for Lopez. The superstar follows her personal trainer’s unique routine
devoutly — Anderson has shared her client’s full-body workout in Health and
Lopez has even proudly declared, “[I’m like] a fighter, going into the
ring. I do my cardio and I do my workouts with the Tracy Anderson Method.”
She knows the importance of
beauty sleep 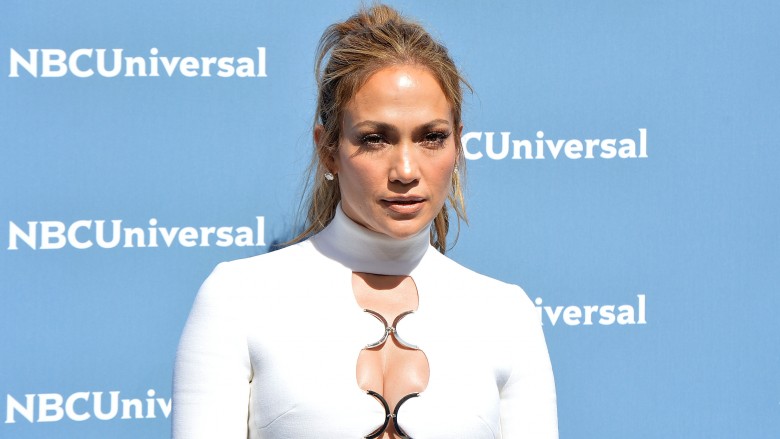 From keeping dark circles at
bay, to boosting energy, to helping maintain a healthy weight, sleep goes a
long way in the health department. This is a fact Lopez knows all too well, as
she has repeatedly preached the importance of sleep. “I love a good nine
or 10 hours, but I can never get that,” she admitted to US Weekly (via
Hollywood Life), but “seven or eight is mandatory. [If I don’t get it] I
just don’t feel right. I start feeling crazy, I get emotional and I feel tired
all the time.”
Speaking with ET, the mom of
two echoed the same sentiment, saying: “Mommies have to be good for the
babies at all times. They need to know that you’re solid and strong and good.
Sleep is very important. I get my seven to eight hours sleep no matter
what.”
A true source of inspiration 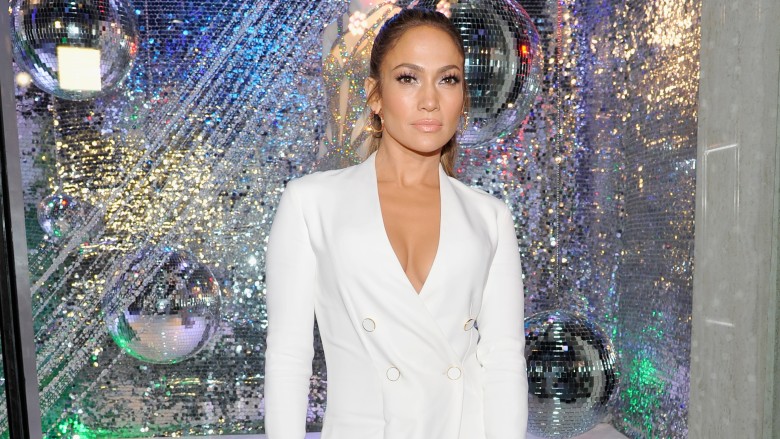 Jennifer Lopez is a talented
entertainer, proud mother of two and, as we’ve learned, a true source of health
and fitness inspiration. Whether it be her unwavering positive mindset, her
devotion to the Tracy Anderson method or impressive self-control (bye bye,
caffeine!), Lopez’s tips for staying fit and keeping an amazing physique, no
matter her age, are really motivational… and can be applied to any lifestyle.
Perhaps when she’s not busy being amazing, she could give us all a few more
pointers in an online J.Lo Bootcamp class?