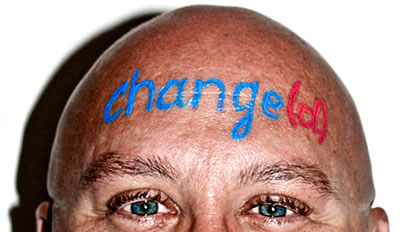 Research reveals a curved relationship between practice and automaticity.


Say you want to create a new habit, whether it’s taking more exercise, eating more healthily or writing a blog post every day, how often does it need to be performed before it no longer requires Herculean self-control?

Clearly it’s going to depend on the type of habit you’re trying to form and how single-minded you are in pursuing your goal. But are there any general guidelines for how long it takes before behaviours become automatic?


Ask Google and you’ll get a figure of somewhere between 21 and 28 days. In fact there’s no solid evidence for this number at all. The 21 day myth may well come from a book published in 1960 by a plastic surgeon. Dr Maxwell Maltz noticed that amputees took, on average, 21 days to adjust to the loss of a limb and he argued that people take 21 days to adjust to any major life changes.

Unless you’re in the habit of sawing off your own arm, this is not particularly relevant.


Now, however, there is some psychological research on this question in a paper recently published in the European Journal of Social Psychology. Phillippa Lally and colleagues from University College London recruited 96 people who were interested in forming a new habit such as eating a piece of fruit with lunch or doing a 15 minute run each day Lally et al. (2009). Participants were then asked daily how automatic their chosen behaviours felt. These questions included things like whether the behaviour was ‘hard not to do’ and could be done ‘without thinking’.


When the researchers examined the different habits, many of the participants showed a curved relationship between practice and automaticity of the form depicted below (solid line). On average a plateau in automaticity was reached after 66 days. In other words it had become as much of a habit as it was ever going to become.

This graph shows that early practice was rewarded with greater increases in automaticity and gains tailed off as participants reached their maximum automaticity for that behaviour.


Although the average was 66 days, there was marked variation in how long habits took to form, anywhere from 18 days up to 254 days in the habits examined in this study. As you’d imagine, drinking a daily glass of water became automatic very quickly but doing 50 sit-ups before breakfast required more dedication (above, dotted lines). The researchers also noted that:


What this study reveals is that when we want to develop a relatively simple habit like eating a piece of fruit each day or taking a 10 minute walk, it could take us over two months of daily repetitions before the behaviour becomes a habit. And, while this research suggests that skipping single days isn’t detrimental in the long-term, it’s those early repetitions that give us the greatest boost in automaticity.