THE BOOK OF SOLID MEATS 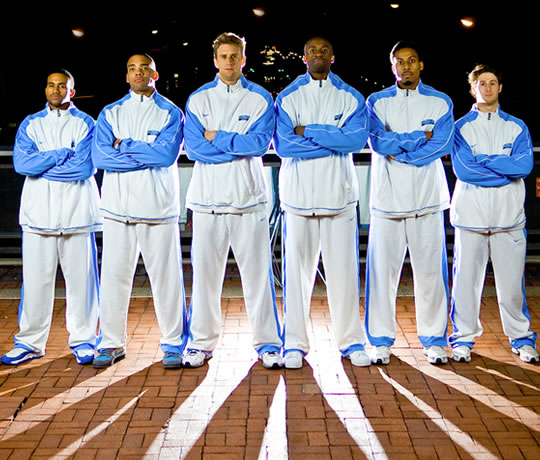 A subtle cognitive bias that explains why my team is talented but yours is lucky.
One of the strongest human motivations is to feel good about ourselves. Bolstering our own self-image helps us all feel slightly saner, more confident individuals.
We do this partly by thinking we’re a bit better looking, cleverer and more skilful than we really are. Although not absolutely everyone is an optimist, the vast majority of people do think they are above average in many areas.


Yes, it’s a cognitive bias, but it’s not so bad if it makes us feel better about ourselves.

Feeling good about our group


We don’t just think optimistically about ourselves, though, we have a clever way of being optimistic about the social groups we belong to as well. Naturally we prefer to think that our own family, our group of friends, our team, our company and our country are great.


One important psychological bias that helps us be more positive about our own group is called the ‘ultimate attribution error’. It’s a horrible bit of psychological jargon but here’s what it means in practical terms.


When someone from a different group to our own does something immoral, or reprehensible, or just fails in some way, we don’t bother finding excuses for them. We have a tendency to ascribe their failure to poor character or low ability.


For example, we say to ourselves: the guy from the opposition football team failed to score because he’s not that good at football. Psychologically what we’re doing here is ascribing the failure to something internal about him.


However, when someone from our own group does something bad, we work much harder to make excuses. And these excuses are of a particular type: we say it was bad luck or they didn’t really try or they were in a difficult situation. When it’s one of our own, we try our best to avoid saying it was a failure of character.

For example, when a guy whose on our team makes a mistake we say it was because he was under pressure or it was ‘bad luck’.


All this is flipped around when our fellow group member does something positive, something to be proud of. This time when it’s one of our own, we say it was because of his ability, because he’s one of us and he’s great.


Conversely, when it’s someone from another group who scores a success we say that was down to luck or because the situation was right or because they were making a special effort. In other words it was less to do with them, than with the situation being right.


My team is talented, yours is lucky


These patterns have been seen in all sorts of different contexts in psychological research. Here are a couple of examples described by Professor Miles Hewstone, an expert on the psychology of intergroup relations (Hewstone, 1990):

What’s interesting about both these examples is that people aren’t totally blinding themselves to reality. What they are doing is picking out and emphasising the details that support their own group while subtly discrediting the other group. They did this by explaining away their own group’s failures while attributing their successes to superior skills and innate talent.


Although I’ve avoided mentioning it so far, research on the ultimate attribution error is usually focused on how it supports prejudice and stereotyping. Many of the studies show the same effects described above, but with nationalities or ethnicities instead of teams or smaller social units.

Wherever we see it, though, the underlying psychology is the same: when members of our group make a mistake it’s an accident or an anomaly, when members of another group do so, it’s typical of them.