LIFE IS GREY: EPISODE ONE

How to even the odds and score that prize


Why do we buy lottery tickets when there’s only a one in 175 million chance to get rich? It’s similar to the reason why we play games on the boardwalk — we think we have a chance to win big.


While carnival games do offer slightly better odds (we hope), the cards are still stacked against us. Imagine a sunny Saturday as you’re strolling down the boardwalk with your hot date. A brightly colored booth with a man waving his arms grabs your attention.  It’s the ring toss game, and honestly, it looks easy enough. What could be more simple than tossing a ring onto the top of a milk jug? You probably won’t even need to aim since there are so many targets! So off you go, trying to win the prize to impress your date. Twenty minutes and countless dollars later, you give up and decide to move on.


We don’t blame you. It’s not all your fault. All boardwalk games look extremely simple, by design. They are all deceptively difficult. (By design.) Don’t tackle these games before reading, or you might as well throw your money away.  Perhaps next time, you’ll be able to win the grand prize. 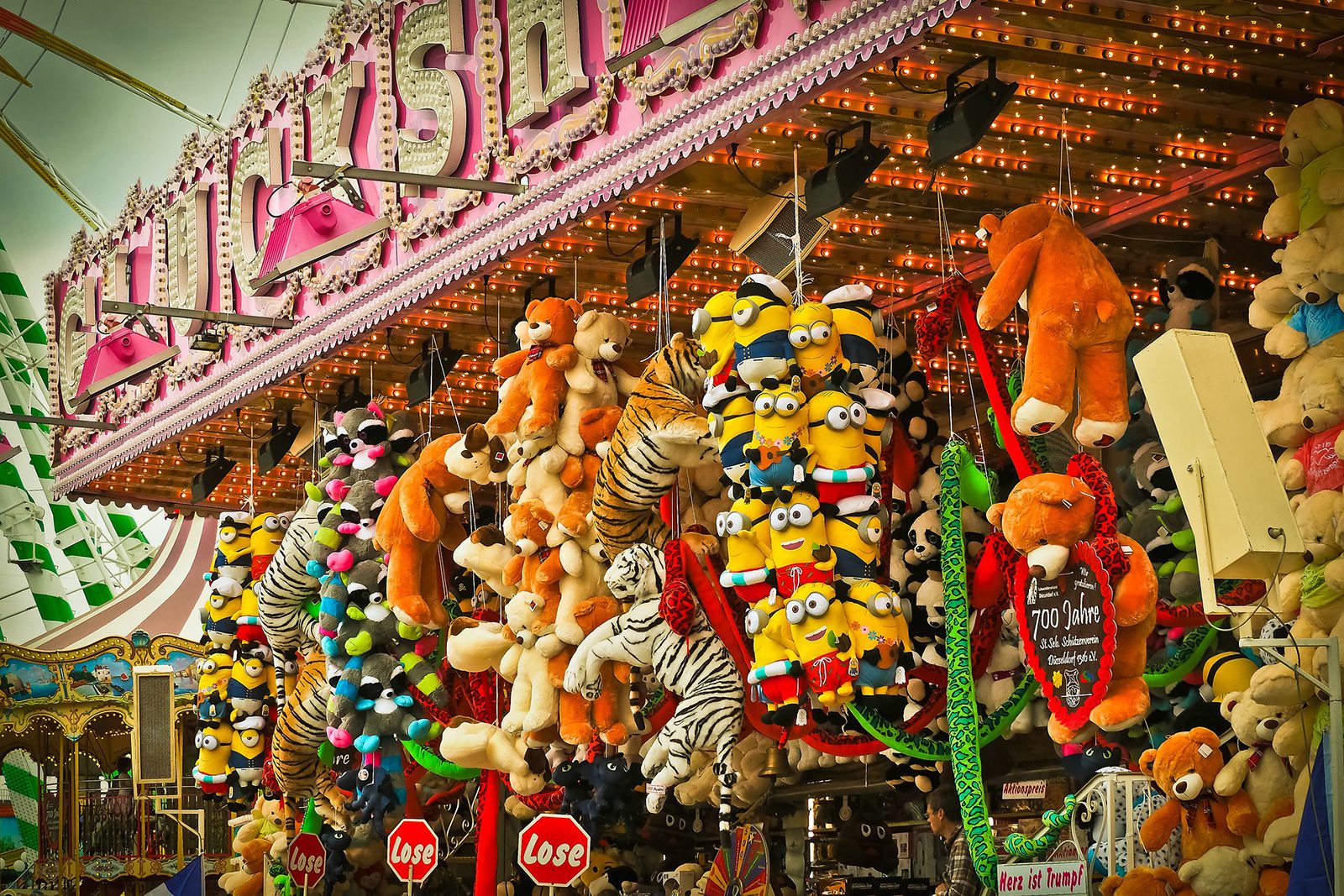 
The ring toss and its large amount of milk bottles can lull you into a false sense of overconfidence. You should realize that numerous targets are more challenging because it’s more difficult to focus. Trajectory will be your key to winning the grand prize.  You’ll have to toss the rings horizontally with a low arc. Snap your wrist as you throw to achieve the most spin possible so there’s an opportunity for your ring to get hooked. Your only hope is to slow down the ring’s momentum so that it lands directly on the bottle. Otherwise, you’ll just see it ricochet off the other jugs. 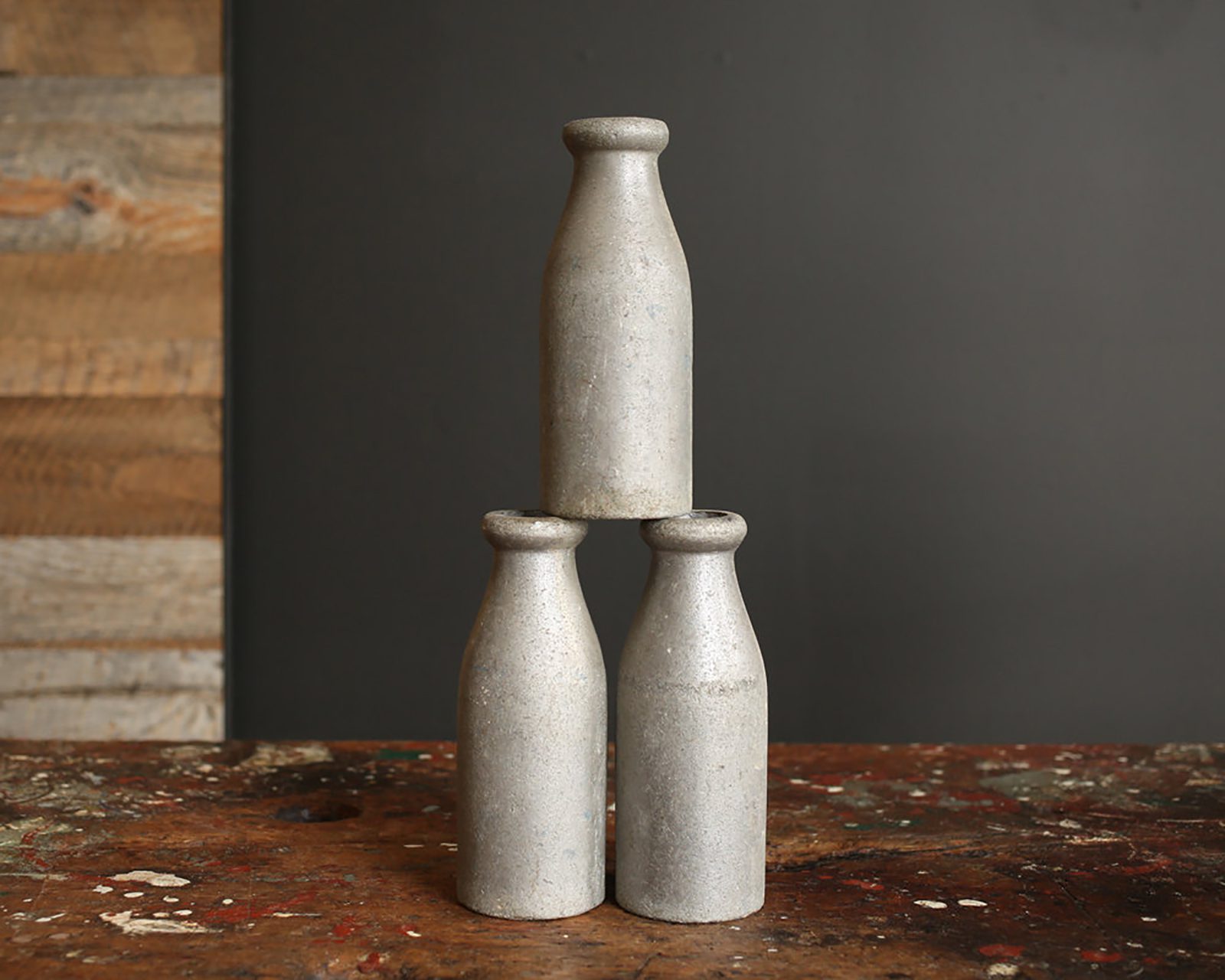 You get only one throw to knock down three milk bottles, and no second chances here. Don’t hold back: try to throw as hard as possible without sacrificing your accuracy. They will be using very heavy bottles and staggering them so that they are off balance. You’ll need to aim for the bottom of the pyramid where the milk bottles intersect.  Going for any other spots (such as the center shot) may not generate enough force to knock over all of the bottles.  This is the time to put your pitching to the test. 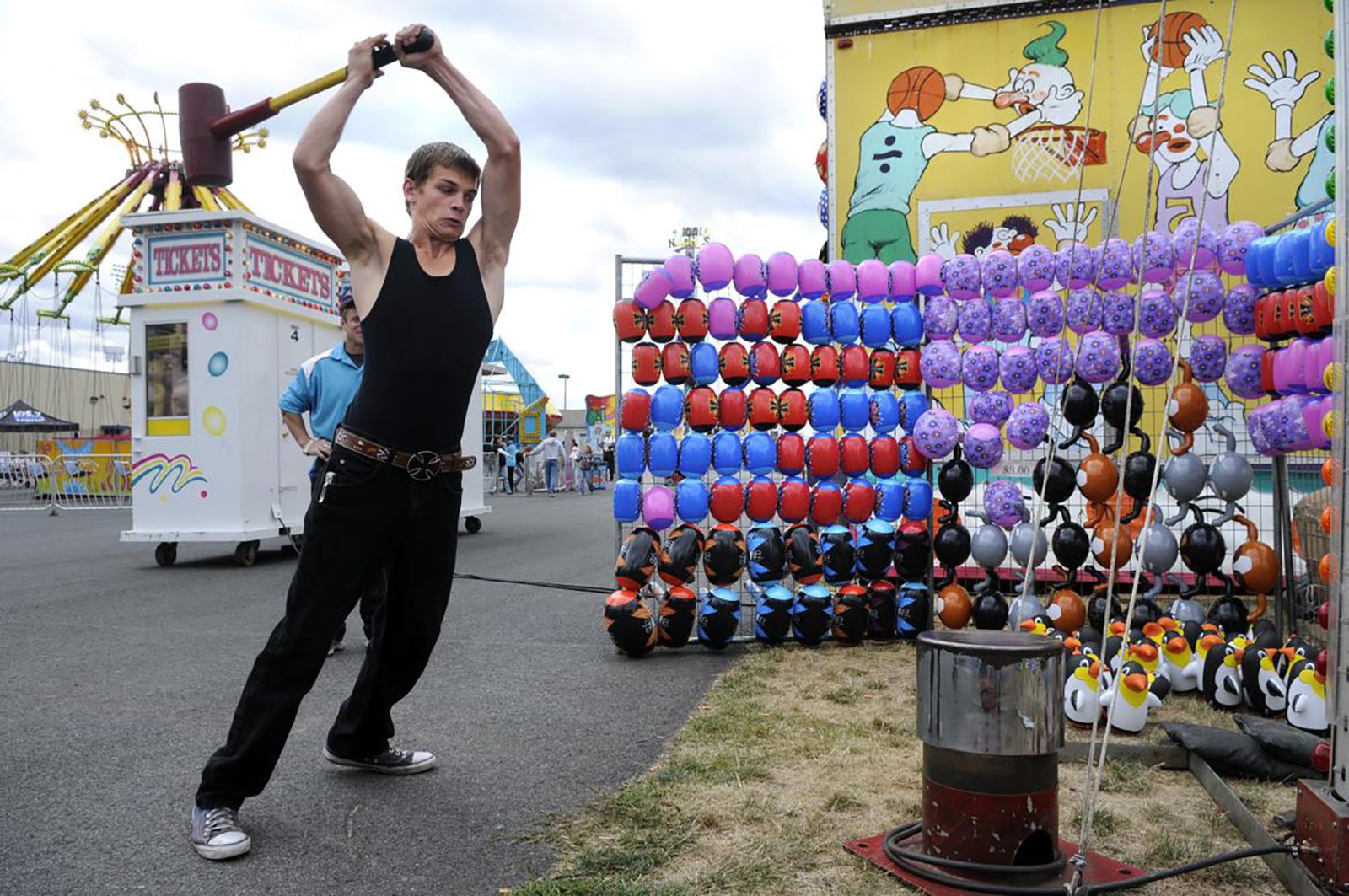 This game is winnable even without working out at the gym every day. While strength and technique definitely help, the most important factor is accuracy. Being big and strong is an obvious advantage, but most of us aren’t bodybuilders. The trick is to swing the mallet so as to hit the base straight in the center. Position yourself perpendicular to the pad and do a few practice swings to get yourself warmed up and ready. When you go for the swing, imagine yourself going through it, rather than just hitting the pad. You’ll end up generating a lot more force and accuracy with this method.


All this basic game asks you to do is to toss a ball into a basket and making sure it stays in there. The attendant may even demonstrate with an attempt, but he will most likely be using a deadened ball with no bounce. Use one of these two methods to increase your chances of winning this game. First, apply a heavy counter spin when you throw the ball so that it slows down dramatically before making contact with the basket. Alternatively, toss the ball left or right onto the edges of the basket so that it slows down and softly drops in.


Unfortunately, unless you turn into Steve Nash when you play pickup basketball with your friends, the odds are seriously against you here. Your ball will be extremely over inflated and bouncy, while the hoop will be oval and smaller than regulation size. The backboard won’t help you here so you’ll have to go for direct swishes if you want to make any baskets. Throw up shots with a high arc and try to go for nothing but net.

Out of all the games on the boardwalk, this will probably be the one where you’re most likely to emerge a winner. You can obviously increase your chances of winning by picking the row with the fewest players. Be sure to lean your gun forward and hold your hand down on the trigger so the water will immediately shoot. Everything is going to depend on your accuracy. If you hit the target immediately when the round starts, you’re almost guaranteed to be the winner. If you’re off, make quick adjustments with the gun and try to take into account the trajectory needed for a direct hit. 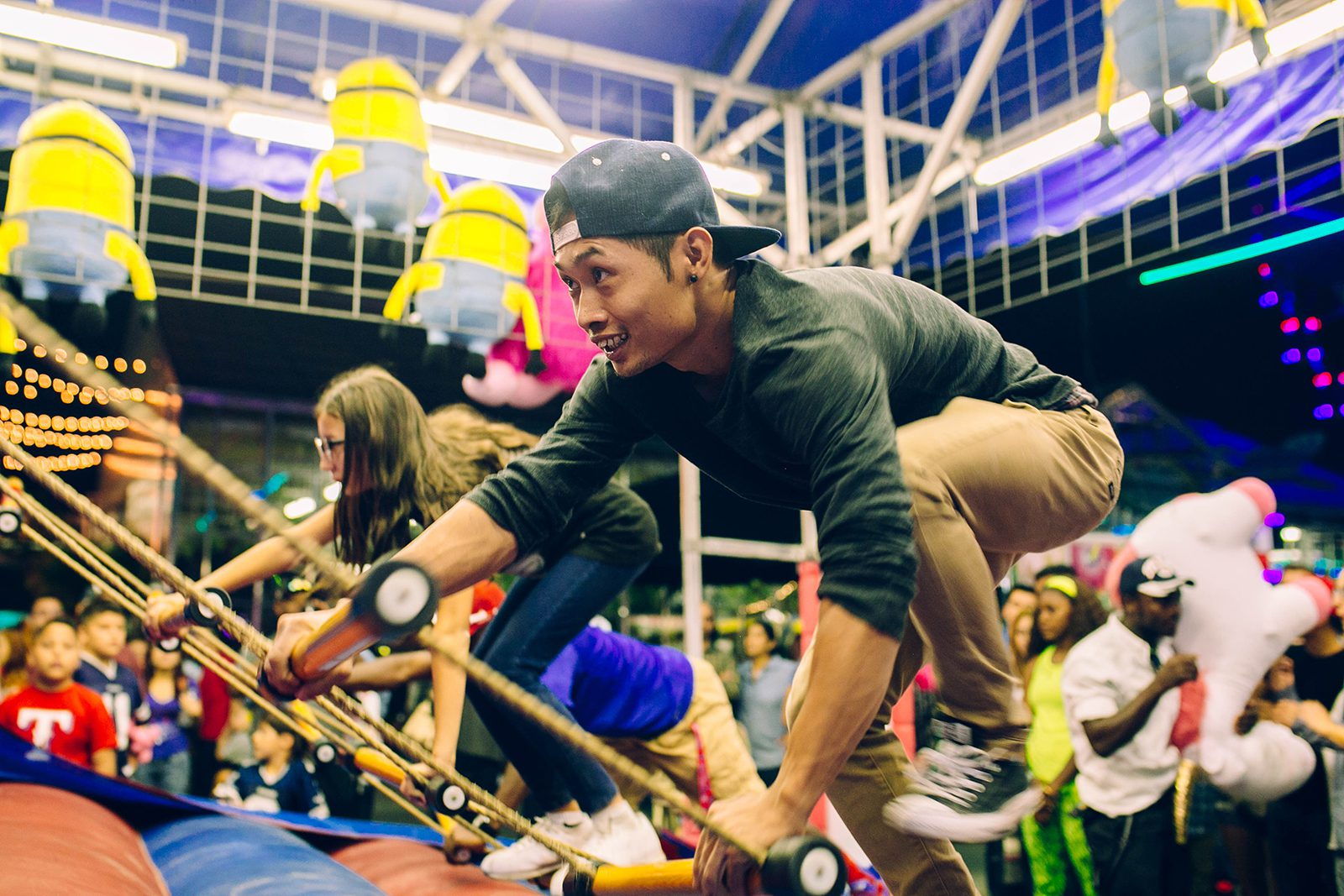 The rickety, winding rope ladder is a formidable challenge for anyone. One must make it to the top of the ladder without falling off, as the ladder itself twists and turns. It is intentionally made to be difficult to climb as one small slip will leave you tumbling to the ground. The game plan calls for you to completely ignore the ladder rungs in the middle.  It’s counterintuitive but the rungs will be too hard for you to balance on because your weight will be constantly shifting. Instead, you need to use the outside side ropes and move with opposite limbs at the same time. Move your right foot and left arm at the same time, and repeat with your other set of limbs as you shimmy up the ladder. Take great caution not to move your same side limbs or it will be impossible to keep your balance.


Shoot Out the Star 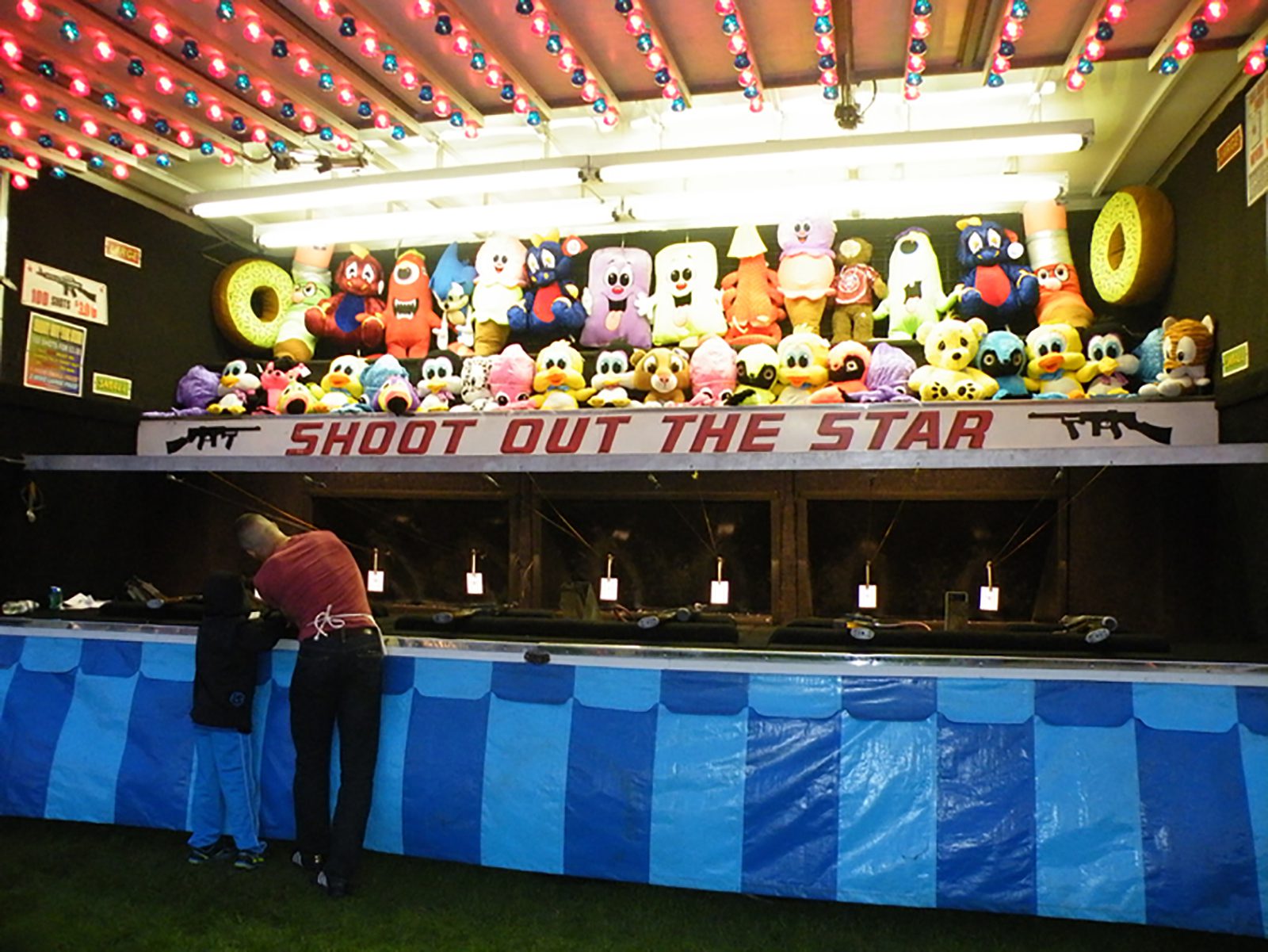 You’ll be armed with a BB gun and asked to remove the portion of the paper containing the star. Admittedly, this is an extremely difficult game, even for the skilled marksman. The easiest way to accomplish this task is by shooting a circle around the star, rather than shooting the star out itself. Completing a circle around the star will make the paper fall away with the star inside of it. Try to gauge your hits and misses as you continue to fix your aim around the target.