Immigrants Tell Us About Their Lives in Australia, and We Feel a Bit Envious 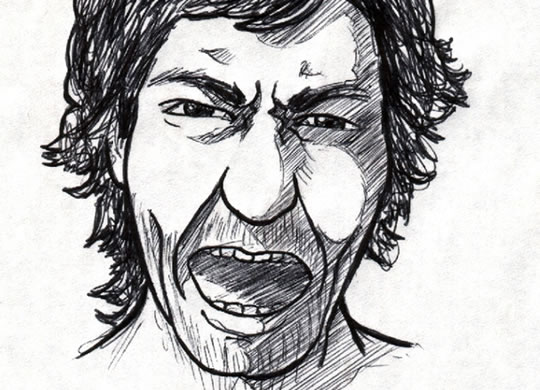 
Have you ever said a word over and over again until it lost its meaning? It’s a trick many discover in childhood which can provide the first inkling that words aren’t the solid, dependable, unchanging labels they seem.

Instead words start to feel slippery, open to interpretation and (whisper it) interchangeable.


Anyway, it’s a fun game: if you like, try it again now: say your own name over and over again out loud until it loses all meaning.

This is an effect that psychologists have been studying, on and off, for at least a hundred years. The hope is that if words can come to have no meaning through repetition then perhaps negative ideas and thoughts can be tackled in the same way.


Nowadays repeating words over and over again is part of a therapeutic technique called cognitive defusion. The theory goes that if you have negative habitual thoughts going around in your head all the time, then perhaps their power can be defused through repetition.


Some psychologists see it as particularly useful in the treatment of depression. That’s because one of the cognitive components of depression is negative automatic thoughts. These are things like repeatedly thinking to yourself: “I am worthless,” or “I am an idiot.”


People experiencing depressive episodes often find that these types of thoughts go around in their heads endlessly.


In theory, then, it may be possible to tackle automatic negative thoughts by trying to defuse their meaning (remember, suppression doesn’t work and has all sorts of weird consequences).

What therapists do is extract the essence of the thought, for example “idiot”, and get the patient to repeat it over and over again.


What you’ll be asking, as did I when I came across it: is there evidence that it can work? And if you’ve been reading PsyBlog for a while, you’ll know I wouldn’t mention it unless there was!


In a recent study Masuda et al. (2010) recruited 147 participants, only a few of whom had mental health problems. Each person identified a negative thought about themselves and boiled it down to one word like ‘idiot’, ‘fat’ or ‘angry’. Then each person rated how uncomfortable that word made them feel and how much they believed it referred to them.


The participants were split into five groups. In one of them they repeated the word over and over again as fast as they could for 30 seconds, before rating the associated discomfort and believability again.


The results showed that in comparison to other techniques including distraction, a control condition and a weaker defusion condition, it was the full cognitive defusion that worked best. Participants in this condition experienced the largest decreases in the thought’s believability and associated discomfort. Even those who had confirmed depressive symptoms found the exercise useful.


Like repeating your name over-and-over again, the effect does wear off. In the long-term it is better to try and change the content of these thoughts, or at least your relationship with them.


Still, there is some new evidence emerging that cognitive defusion can be useful in the longer-term (Deacon et al., 2011).


But in the meantime, sometimes we need to reduce the impact of a thought for a while and even a short respite can help us think more clearly in the moment. When next you need to do that, try it, see what happens.