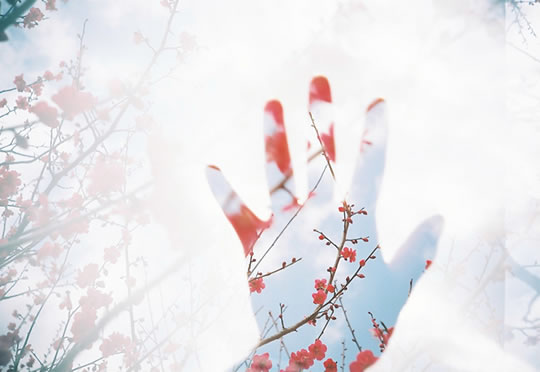 Three pointers on helping someone else change their habits.


Having written a book on how to change your own habits, in interviews I was often asked: how can I change another person’s habits?

Say I want my partner to stop cracking his knuckles or get my daughter to put down her mobile phone at meal times or start someone else exercising: how do I do that?


It’s not something I cover in the book, which focuses mainly on how habits work, how much of our everyday lives they influence and how to change your own personal habits.

Ultimately the same techniques apply; but when you are working on someone else, you’ve got to take a few steps back. Do they want to change? If not, can you persuade them? How will this attempt to change them affect your relationship?


Then, if you manage that, you can move on to using all the same techniques that you might use on yourself.


So here are three preliminary things to think about when trying to change someone else’s habits:


First up, and most obviously, people have to be open to the possibility of change.


People can be very defensive about their habits. They’ve taken years to develop and have become part of their identity; alternatively they are simply ashamed of them and want to try and justify them.

So, you may want your partner to stop cracking his knuckles or spending all his time on his smartphone, but is he open to the possibility that something might be done?


If not then even broaching the subject may be a waste of time. But let’s say you think they might be open to change, that brings me on to…


One thing therapists are taught when dealing with patients is to be non-judgemental. There’s a good reason for that: it’s not just that no one likes to be judged, but that it sets the wrong tone. The wrong tone is: I know best what’s good for you and I’m telling you what to do. Not many people want to be ordered around like a dog.


The right tone has you both on an even footing and is warm and supportive. You’re a helpful friend who is interested in their well-being but is still accepting who they are.


As you can imagine, this can be a difficult balance. But, for most people, just avoiding being judgemental is a really great start. We humans seem to love passing judgement on anything and everything and it’s a difficult habit to give up.


Along with detecting the seeds of change and being non-judgemental, one of the main things you can help someone else with is their self-awareness.


It’s a central feature of habits is that people perform them unconsciously and repeatedly in the same situations. To name a few good habits: we brush our teeth in the bathroom, look both ways before we cross the road and put our seatbelts on in the car before we pull away.


A vital step in changing a habit, then, is identifying the situation in which it occurs. You can help other people identify the situations by gently pointing out what seems to prompt them to perform the habit. For example, are there particular emotions or physical situations that are associated with the habit?


If so, making the other person aware of these can help them change that habit.


So getting other people to change is firstly about backing up from the techniques of habit change and seeing if the other person is open to tweaking their behaviour. You can’t make other people change if they don’t want to.


After this you can move on to all the techniques I describe in the book. I’ve listed some of these in my article on how to make New Year’s resolutions. These include things like choosing an alternative behaviour, making specific plans, thinking about things that are likely to trip them up, and so on.


These three pointers are just to get you started and by no means cover all bases. For children things are slightly different, for more seriously ingrained and destructive habits, these are only the beginning. But nevertheless these are a good place to start.

In theory with two people working together to change one person’s habit, you are in a stronger position. It’s not just that you can be their cheerleader; it’s also that you can objectively look at their behaviour and make them aware of connections that might otherwise be mostly or completely unconscious.