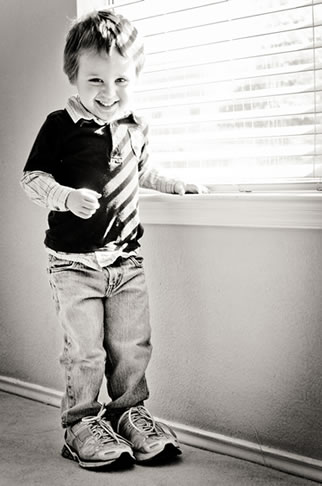 Study backs (brief) abstinence as a path to more pleasure from routine activities.


One of the great things about being a regular unspoiled kid is that you hardly have any money.


While all your basic needs as a human being are met—food, shelter and so forth—the actual income of the average child is paltry. And, in some ways, that’s a wonderful thing.


I’m not sure I fully appreciated this at the time, but looking back I can see it is true.

When I got a new toy or was taken to the cinema, it seemed all the more exciting, not because I was deprived, but because I perceived it as a special and rare gift.


As an adult I can easily make choices that would have dazzled my younger self: should I so desire, I can buy more candy than I can possible eat, go to the cinema every day and order piles of brand new books. Not that I appreciate these things now of course.


But perhaps it’s possible to recapture some of that excitement about relatively simple pleasures using very simple means. Quoidbach and Dunn (2013) ask whether one way of appreciating what we already have is to voluntarily give it up for a period.


I’m sure they’ll be the first to admit that it’s far from a novel suggestion, but surprisingly they couldn’t find anyone who has scientifically tested whether it really works and why.

When the participants returned to the lab a week later they tried some chocolate and their ratings were compared with those they’d provided a week ago.


Sure enough the abstainers got more pleasure from the chocolate than either the control or the gorging group. Not only that but the boost to pleasure was due to increased savouring. The experience became more enjoyable because they really concentrated on it.


There’s one word of caution here: people were more likely to drop out of the no-chocolate condition than the other two groups. This suggests some people find abstinence, even for a short period, is too much of a challenge for their self-control (you know who you are!).


Although not examined in this study, one of the other upsides of quitting for a period is the pleasure in anticipation of its return.


So, why not give up something today? For a whole week you’ll have the pleasure of anticipation and you’ll enjoy it more when it returns.

A little judicious self-denial can be a wonderful thing.