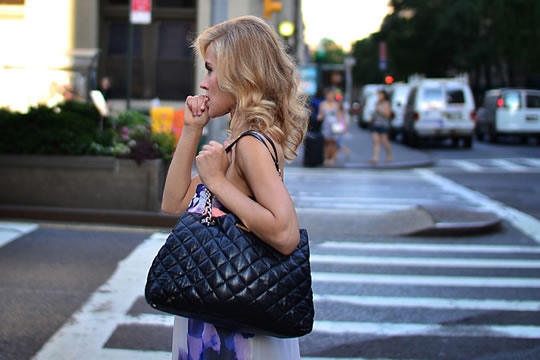 Up to 50% of adults habitually bite their nails, so how can it be changed?


The bad habit of nail-biting is much more common than you might think.

Some studies have found about one-quarter of children bite their nails habitually (Ghanizadeh & Shekoohi, 2011), others say it may peak at almost 45% in adolescence (Peterson et al., 1994).


More surprisingly, the prevalence amongst adults may be just as high, with some estimates at 50% (Hansen et al., 1990). I had no idea it was potentially that high—I guess it’s a habit that people hide well from others.

Nail-biting is certainly something that has emerged as a hot topic as I’ve been speaking to people about my new book. As I don’t specifically cover it there, although the general techniques I describe are applicable, here’s my 8-step guide based on the psychological research available:


1. Seems obvious, but you’ve got to want it


It might seem redundant to say, but any change has to be desired, really desired. And for such a simple behaviour, nail-biting is surprisingly hard to quit, perhaps partly because it doesn’t seem that big a deal and our hands are always with us. This is especially a problem if you are trying to change someone else’s behaviour.


One method for boosting motivation is to think carefully about the positive aspects of changing the habit, for example attractive looking nails and a sense of accomplishment.


Also, make the negative aspects of nail-biting as dramatic as possible in your mind. If you tend to think it’s no big deal then you’re unlikely to make the change.


In addition, you can try mental contrasting, which has been backed by psychological research.


It doesn’t matter if it’s you or your child that you’re trying to change, suppression does not work. Punishing a child for this ‘bad habit’ is a bad move. They will know it’s a way to attract attention and they will use it.


The same is true when changing your own habit. Trying to tell your unconscious to stop doing something is like trying to tell a child. It reacts childishly by doing the complete opposite. Here’s the technical explanation for why thought suppression is counter-productive.


3. Instead replace bad with good (or at least neutral)


One of the keys to habit change is developing a new, good (or at least neutral) response that can compete with the old, bad habit. The best types are ones that are incompatible with your old habit.


So, for nail-biting you could try:


If you keep your nails clipped short then there is less temptation to bite them. Some people recommend having a manicure because the money spent, along with how much better your nails look, will deter you from biting them.


You could also paint your nails a bright colour as a reminder, although most men seem to find this look difficult to pull off—I can’t imagine why.


Another method is to wear something around your wrist, like a bracelet or elastic band, to remind you of your goal. Remember that habits live in the unconscious so you bite your nails automatically. Visual cues are a way of reminding you of the change you want to make.


Research has even shown that a wristband that is difficult to remove can be helpful (Koritzy & Yechiam, 2011).


Habits are heavily bound up with situations.


Unfortunately it can be difficult to spot habits because they are performed unconsciously. However you may spot particular times during the day when the habit occurs, like while watching TV.


If you can bear it, enlist those around you to help point out when you are performing your bad habit.


Painting your fingernails with that nasty tasting fluid can help pull you out of autopilot and alert you to situations in which the habit is performed. But it probably won’t work on its own. Some people even say they get to like, or at least tolerate, the taste!


Just like situations, our thoughts and feelings cue up our behaviour. If you can spot the types of things you are thinking about or feeling when you bite your nails then this can help. Some people like to use mindfulness as a way of increasing self-awareness.


When you notice the thoughts coming (for example, anxiety) you can prepare your alternative response (for example, getting the worry beads out of your pocket).


Your new replacement habit will build with repetition, but at first it will have to compete with your old habit. Try to avoid beating yourself up for slip-ups, as they are bound to happen. It’s a gradual process. (See: The Surprising Motivational Power of Self-Compassion)


Keeping the new response going can be hard. One method to make your progress more obvious to yourself is to take pictures of your nails on your phone every few days (Craig, 2010). When you see how far you’ve come (or, alternately how little progress has been achieved), this should help push you on.


Remember that old habits do not die; they lie in the unconscious waiting to be reactivated. Go easy on yourself if you slip-up, but remember that a lot of the battle with bad habits is about self-awareness.


What about the deeper psychological issues?


Opinion is divided on whether this is true. Counter-intuitively, there is no strong evidence that nail-biting is related to anxiety. Worse, it’s very difficult, if not impossible, to probe the unconscious for the reasons for our behaviours (yes, that’s why they call it the unconscious!). (Also see: the hidden workings of the mind)

Most, though, agree that whatever the cause, the learned habit needs to be targeted. So start with these approaches and see how it goes. If it’s not working, try making small tweaks, like using a different replacement habit, and then have another go.